Stroll on – could city revamps be the passport to retail rebound? 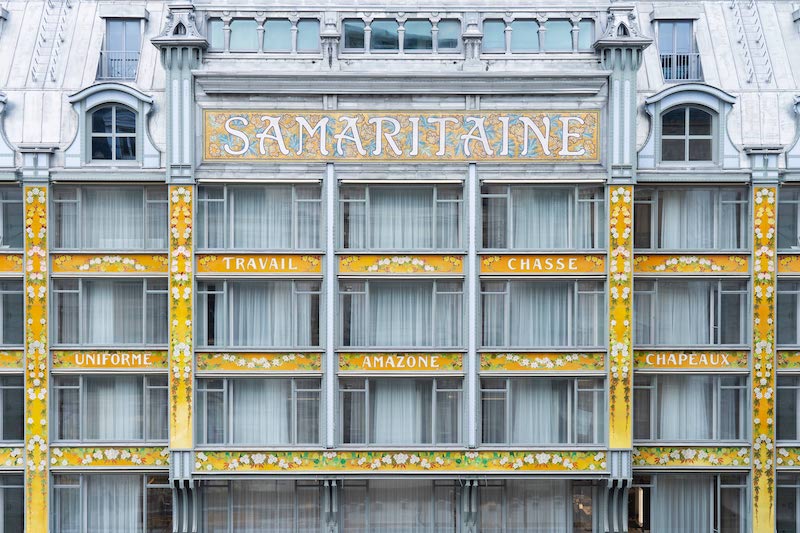 It’s re-entry time! While the world’s flagship shopping cities have seen their fair share of retail casualties, they’re starting to pick themselves back up again. From London to Paris to New York and even Zürich, it’s clear the battle for tourist dollars is stronger than ever.

“La Samaritaine is like a really pleasant stroll. And when you’re strolling, there are surprises, you discover things, you feel good,” says Eleonore de Boysson, region president of Europe and Middle East at LVMH’s DFS Group. In case you blinked and missed it, La Samaritaine is LVMH’s recently reopened Paris department store, after some 16 years of renovation. Located on Rue de Rivoli and restored to its Nouveau and Deco splendour, the multi-building emporium also encompasses a Cheval Blanc boutique hotel and twelve restaurants.

De Boysson’s description is an excellent one to sum up what’s special about Paris retail. The city of flanneurs (definition: a French term meaning ‘stroller’ or ‘loafer’ used to identify an observer of modern urban life) invites its visitors to engage all their senses, exploring at leisure. As such, La Samaritaine’s Pont-Neuf neighbourhood has been revamped with the Rue de la Monnaie now traffic-free – apart from a newly enthusiastic cyclist or ten.

This all feels part of a plan to reassert Paris as the destination for all things romantic and cultural. Nearby, François Pinault’s new art museum joins the Louvre and Notre Dame, while La Samaritaine’s store design (above and below) is noted for its blend of modern architecture with classic heritage (think Liberty on steroids).

As well as its roster of luxury designers and Europe’s biggest beauty hall, the store celebrates what de Boysson describes as a “young, friendly and inclusive take on luxury” with Loulou, its high-low concept store that marries souvenir merch with hi-tech gadgets. La Samaritaine’s food offer is equally democratic. As well as the high key tourist restaurants, there are reasonably priced eateries intended for local office workers to grab a lunchtime bite. 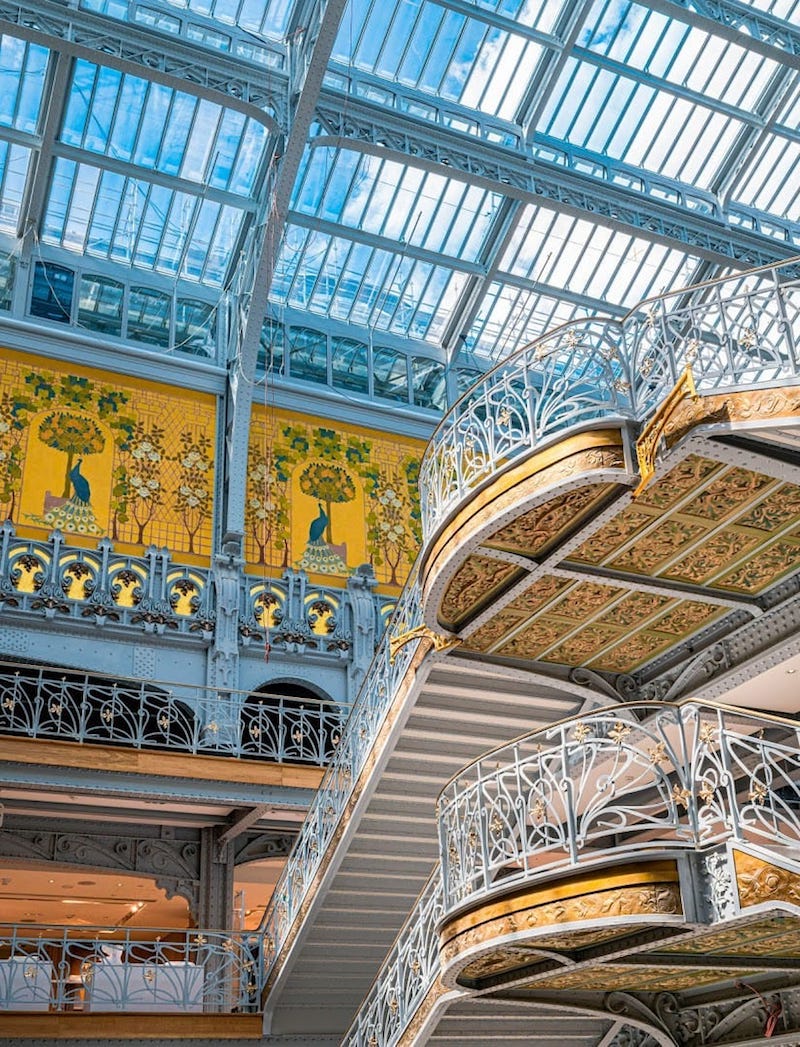 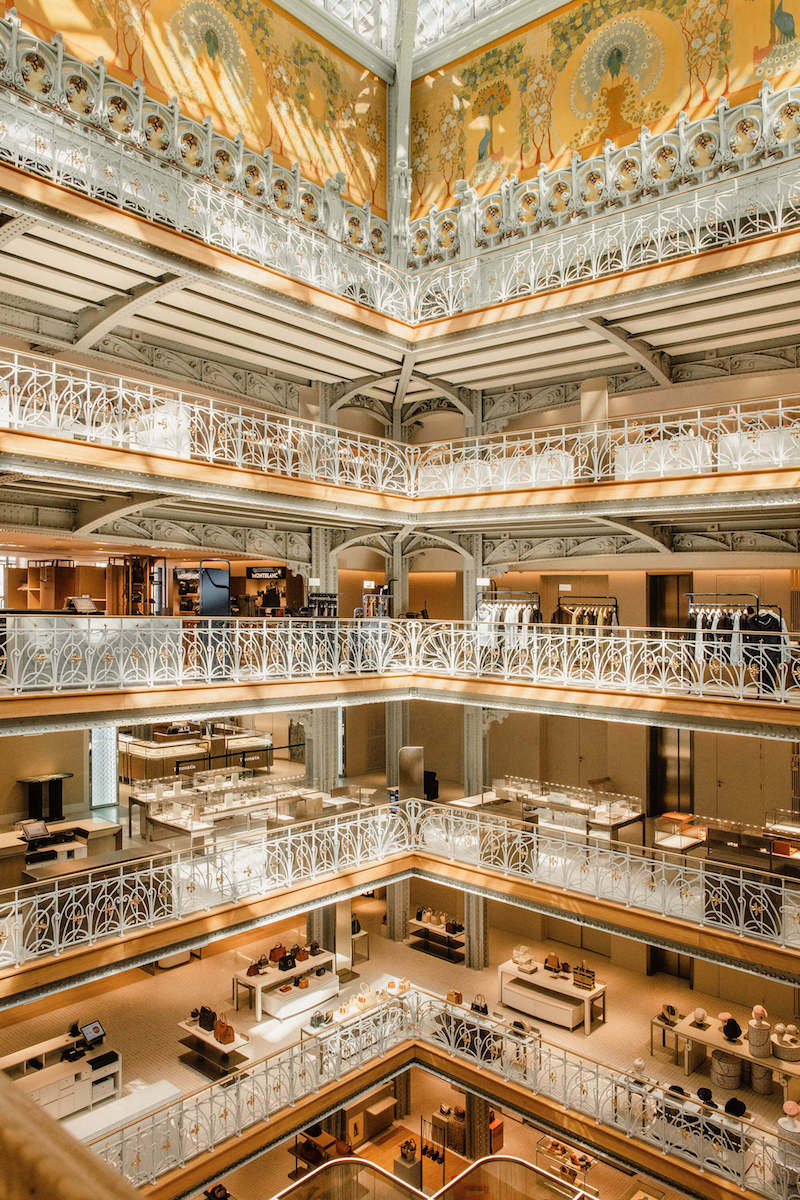 In fact, food has become a major component of the post-Covid retail-scape. As fashion stores remained low on footfall, their owners got inventive, parking café tables kerbside to lure passers-by. Ralph Lauren may have lost its Regent Street store’s bar and café (my meeting place of choice – R.I.P), but for now those customers can convene on the outside terrace of its New Bond Street flagship. Meanwhile, Browns’ new Brook Street townhouse is as popular for its courtyard ‘Native’ restaurant as its ‘frictionless’ technology. Vogue Business reports that Native accounted for a third of visitors across the store in its first two months of opening.

Likewise, when Dior’s headquarters reopen in Paris, they will include a superchef-helmed restaurant, while Fendi is getting plenty of social clout for its various pop-up ‘Fendi Caffés’ around the world. These convivial additions are proving to be a big draw for those people who want something more experiential than shopping by phone, especially after a year of enforced e-commerce. Plus, these more casual eateries serve a further purpose; they’re a great entry point for people dipping a toe in the luxury arena. For example, a Fendi croissant and coffee could suffice when a Fendi Croissant handbag is out of reach. 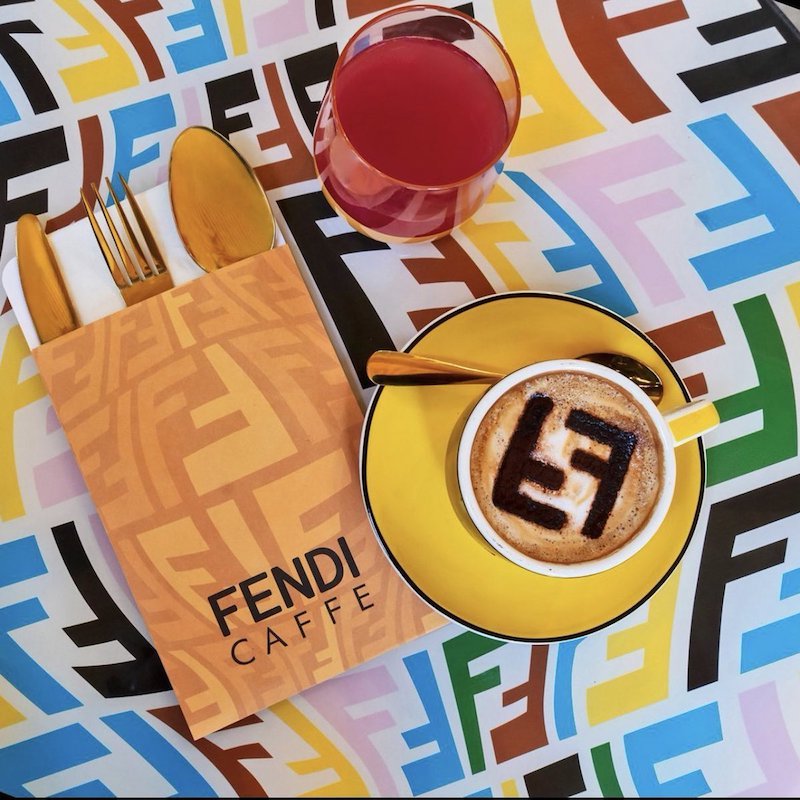 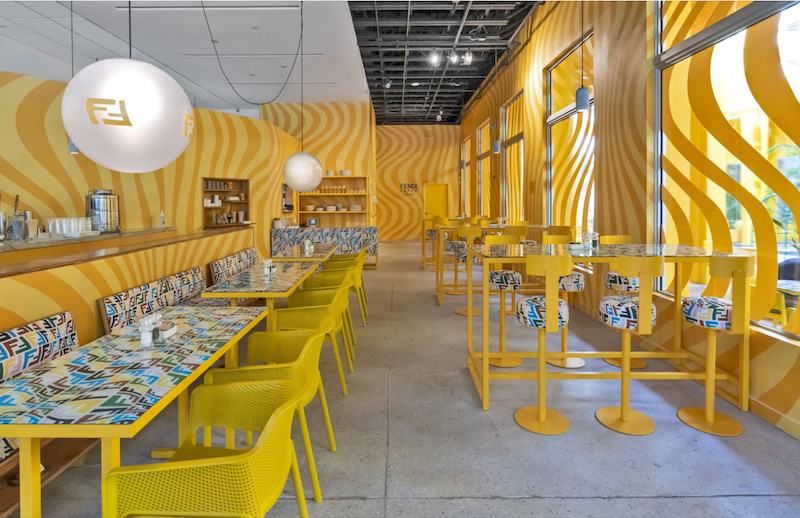 While Paris is celebrating the ‘art de vivre’, London is playing catch up. Alas, we don’t have any dazzling department stores opening (in fact, we have lost Debenhams in Oxford Street and our beloved Topshop flagship), but we hope to numb the pain of Brexit and duty free shopping woes with the Elizabeth Line tube line opening next year. Fingers crossed it should help to reinvigorate the Bond Street social shopping scene. Like Pont-Neuf, plans are afoot to pedestrianise Oxford Circus later this year, providing ample opportunity for alfresco gathering and traffic-free flanneuring.

In other cities, it’s the business of beauty that’s ramping up retail. In New York, Condé Nast’s Allure magazine just opened its much-hyped Soho store, bringing its editorial authority to the sales floor (below). Its point of difference is a product edit reliant on endorsement by the magazine’s editors. If products haven’t been featured in Allure’s pages, they won’t get stocked on the shelves. Product is accompanied by interactive technology such as smart mirrors and scannable codes that give out consumer reviews. In-store events, masterclasses and panels are also scheduled in, a logical way of editorialising the bricks and mortar format. And ‘beauty guides’ are well placed on the shop floor (in Glossier-style pink jumpsuits) ready to answer questions, thus reinforcing Allure’s tagline as The Beauty Expert. 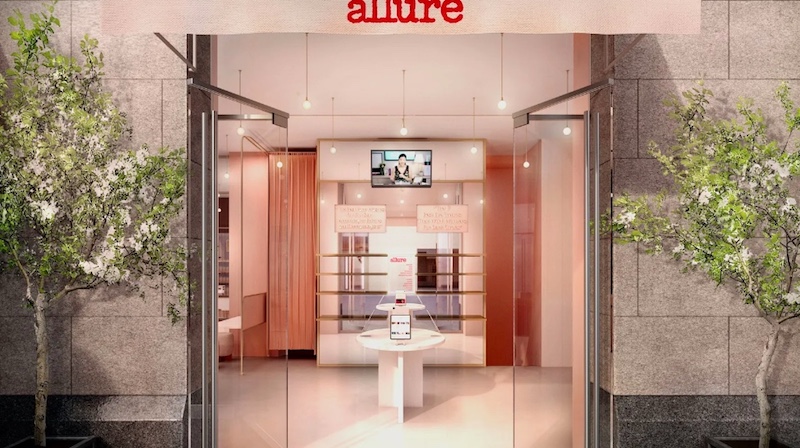 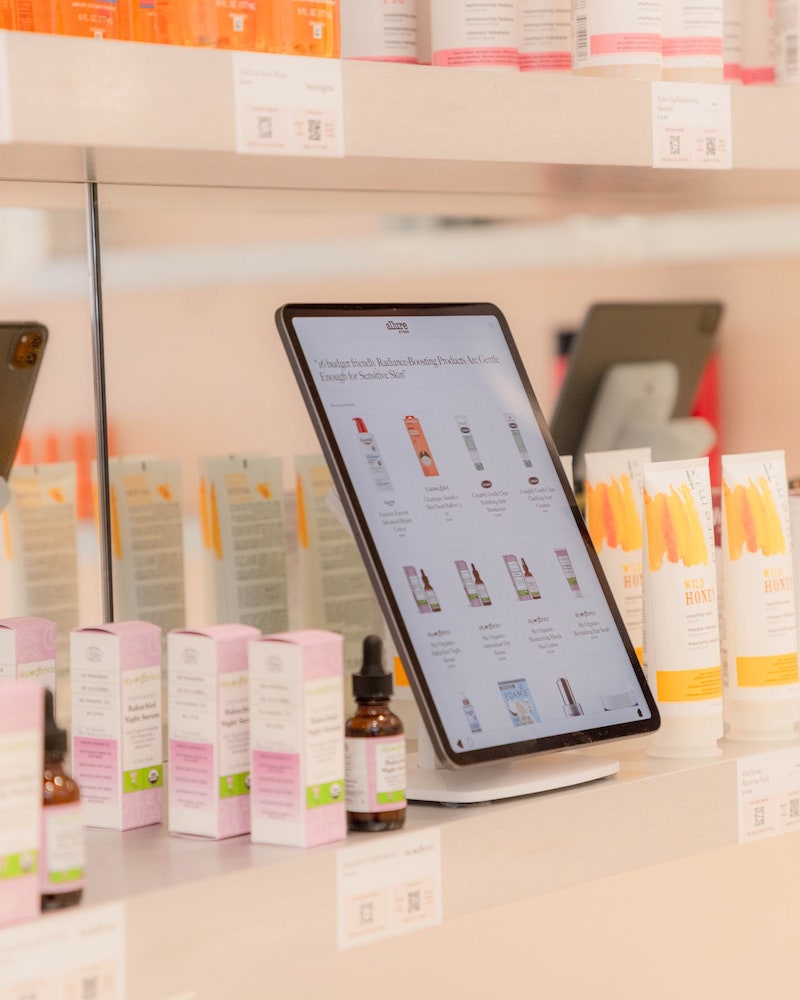 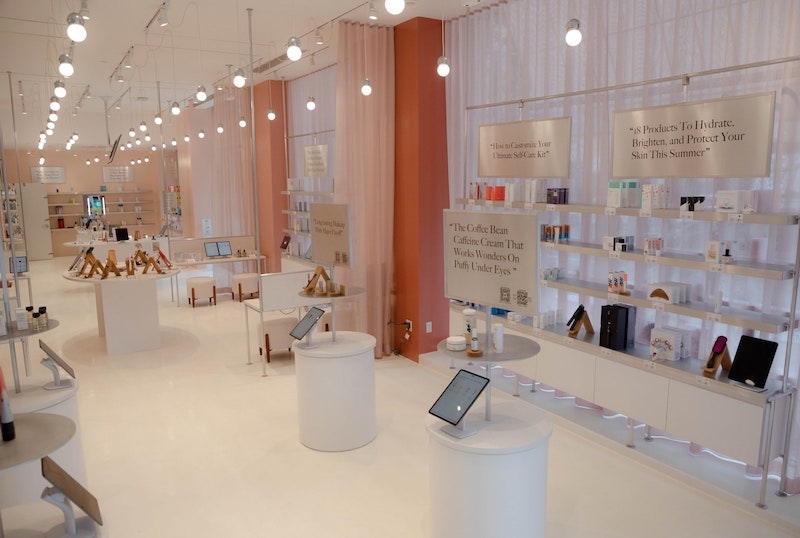 Meanwhile, Glossier is experiencing its own retail resurrection. While it was forced to close its cult stores during the pandemic, an $80 million cash injection will pay for new openings in Seattle, Los Angeles and London later this year. New York will follow in 2022. The beauty brand built its success on its online community and direct-to-consumer nous but it’s clear that the IRL try-and-buy model still holds appeal. Stores these days serve as billboards for digital companies and as online advertising costs rise, beauty brands see stores as an alternative customer acquisition tool. With their unique, location-specific interiors, Glossier’s stores have become key tourist destinations while their ‘phygital’ hybrid nature offers real time data on how customers interact with the product.

The shift from media brands to retail destinations is another growing trend. Magazines suffered hugely during the peak of lockdowns, causing publishers to look at additional revenue streams. Aside from Allure, Condé Nast is looking at retailising Bon Appétit and The New Yorker, a testament to the strength of those publications as brands beyond the printed page or screen.

The media-to-retail shift is also happening in another recently barren area – airports. Specifically Zürich Airport, which somewhat unexpectedly is positioning itself as a hub for the new-gen global luxury consumer. In November, Highsnobiety will curate an experiential concept store called GATEZERO selling 15 international brands including Comme des Garcons, Byredo, Jil Sander and Balenciaga across categories from fashion to grooming to watches. Alongside the concept store, an activation space will host limited-edition product drops and collabs as well as a GATEZERO print magazine.

“Travel retail environments are full of luxury brands and products, but none of them focus on the new generation of luxury consumers like we do,” said Highsnobiety CEO & Founder David Fischer to explain the strategy. “New luxury is inclusive, value-driven and inspirational. Together with Zürich Airport, we will build a shopping experience that reflects just that and brings luxury brands to the airport, which have not been seen before in this kind of environment.” With luxury brands rapidly aligning themselves with young status-hungry consumers, travel retail is the perfect gateway to reach this captive audience.

Trend report: what to wear for SS21 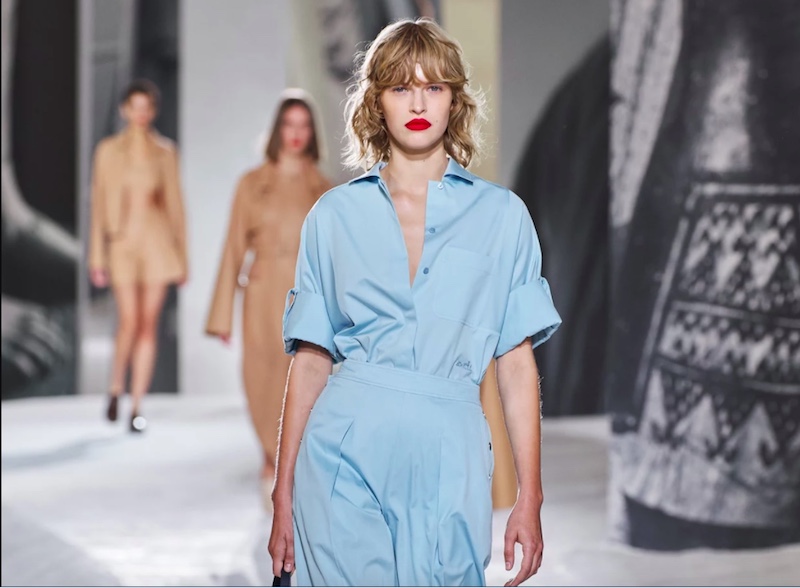 God I’m so bloody ready for spring, aren’t you? Granted I mean actual spring more than fashion spring but fashion spring is a good start. I was wondering if we’d see big changes for SS21 but I don’t think our post-Covid reality has quite revealed itself yet. So consider my spring post more of a general round-up of things I’m eyeing at the moment…

1/ TALISMAN JEWELLERY. Meaningful charms, amulets and talismans feel right for these pearl-clutching times and I’ve certainly found myself reaching for my dad’s old gold rings that I wear on a chain whenever I feel like I need some tactile reassurance. I’ve also been revisiting Tina Chow jewellery on Pinterest, along with the equally sculptural pendants of 1970s Elsa Peretti (below). END_OF_DOCUMENT_TOKEN_TO_BE_REPLACED 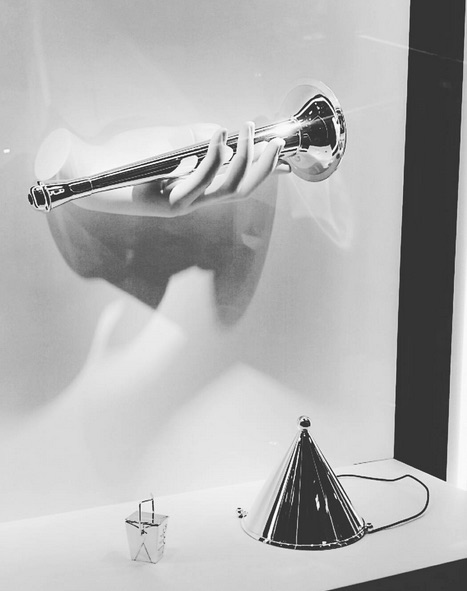 Who knew that Rei Kawakubo was such a big Tiffany fan? According to her husband (and Comme des Garcons CEO) Adrian Joffe, she always drags him into a Tiffany store if they’re passing by, hence the latest – albeit unlikely – Dover Street Market collab. END_OF_DOCUMENT_TOKEN_TO_BE_REPLACED 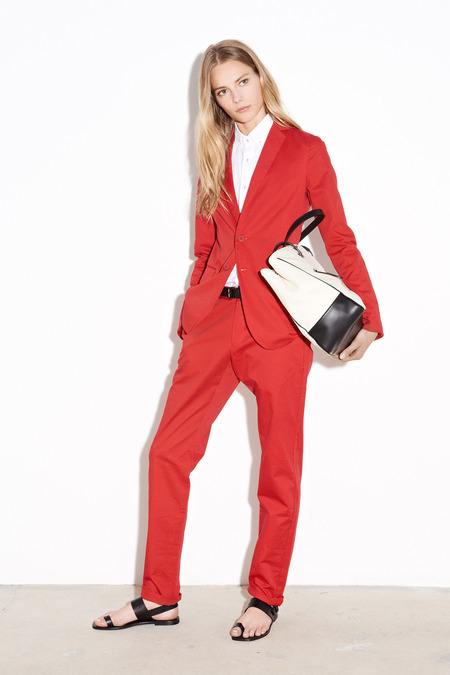 Summer is when I get (a little bit) more adventurous with colour so I’m well into all the primary brights we’re seeing popping up everywhere. Rich royal blue is an easy choice for the colour-shy as it’s almost a neutral so I’d wear that in a bomber jacket or rain mac (I’m currently looking for the perfect single-breasted mac).

My manicure of the moment is Estee Lauder’s Pure Colour in Impassioned, a candy apple red that can skew either formal or casual. I also can’t get enough of Kelly green, especially in a fun print (hello Mother Of Pearl shorts), while a sunny shade of yellow lends itself beautifully to accents – this jolly Fendi key fob for example.

Finally, thank you Keep It Chic for alerting me to Tomas Maier’s Cruise 15 collection. You can’t buy it now but as inspiration for a relaxed red suit, it serves very nicely…