Club Monaco: what inspires you?

I love the casting of Club Monaco‘s look book shoots – remember Lauren Hutton for SS11? This season we also have this adorable behind-the-scenes video including interview snippets with the likes of actress Anna Brewster (loving the beret), model Sara Blomqvist and Leandra from The Man Repeller…

If you’re a fan, Club Monaco has also just launched a cute social media contest where you can win a camera and some free CM swag by submitting an original photo of what inspires you via Facebook, Tumblr or email. The tagline ‘Be our Muse: We’re Inspired By What Inspires You’ chimes with the current democratic nature of fashion and social media and of-course, the whole photo-sharing culture of blogs and Tumblr. The contest is open until 11th October… 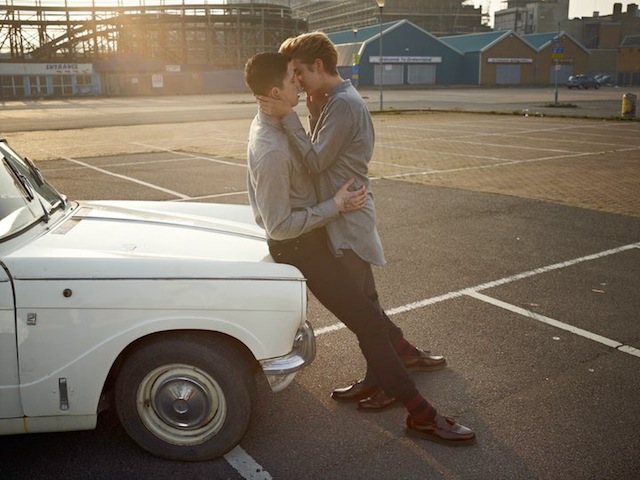 Here’s a good example of a branded campaign where everything fits. Dr Martens (whose shoes have really hit their stride in recent seasons) came up with the First And Forever idea, playing on a sense of youthful nostalgia that marries fashion, music, romance and some beautiful imagery. END_OF_DOCUMENT_TOKEN_TO_BE_REPLACED

Balenciaga launches ecommerce site: “It’s almost like a daily magazine now: it has to be really alive” 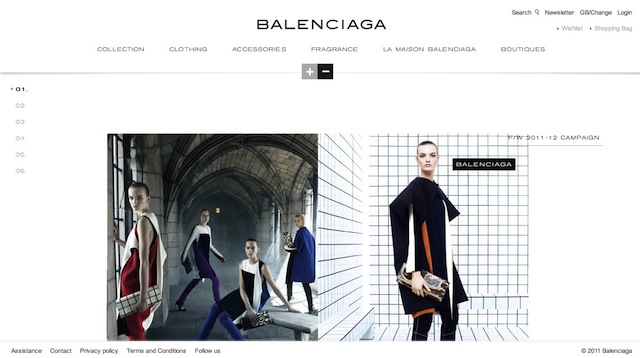 Ever since reading WWD’s article earlier in the week, I have been checking and rechecking the Balenciaga website. It has now relaunched. Working with Wednesday-London, Balenciaga has created a site that marries a high spec retail experience* with engaging brand history, including archive images and (soon to come) video. END_OF_DOCUMENT_TOKEN_TO_BE_REPLACED

The future of fashion: inclusive or exclusive?

Just as we get nicely comfortable with the idea of fashion for all, the goal posts shift again. Fashion’s Night Out was a fabulously jolly affair with customers, celebs and designers all happily sharing the same breathing space. This round of fashion weeks will have more brands than ever live-streaming their shows, while a number of designers and CEOs also tweet from behind the scenes (hello @vbfashionweek, @MarcJacobsInt). Marc Jacobs’ tweeter, CEO Robert Duffy has also been giving away bags and surfboards (eh?) to lucky tweeters, creating quite the fashion frenzy. Very caring, very sharing.

But just when it was getting so cosy and democratic – BAM! – all change. Yes Burberry is live streaming its show online and broadcasting it on screens in-store but those in-store iPads aren’t just for any old civilian. No, the in-store treatment is for a select few privileged customers, so while they get to watch, shop and quaff champagne in the luxe surroundings of Burberry’s serene-but-sexy temples, the rest can press their noses against the window and like it will have to make do with their iPad at home on the DFS with a cup of PG Tips for company.

Tom Ford made his much anticipated and (not-very-well-kept) secret comeback yesterday during New York Fashion Week and what a to-do there was. No live-streaming for Ford. Instead there was a small salon-style show where only a handful of VIP press were present and they were strictly instructed that “all photographic and recording devices are prohibited. Thank you.”

Ford introduced each outfit modelled by an all-star cast including Beyonce, Lauren Hutton and Julianne Moore. How thrilling! And the outfits? Well we won’t be seeing those for quite some time, the official pictures were taken by Terry Richardson (allegedly for French Vogue) and are embargoed until next year. Blimey, New York Fashion Week has never been this exciting. Ford has clearly decided that all this ‘fashion for everyone’ guff has reached its tipping point and is leading the charge in the opposite direction. At his preposterously luxe end of the market, he’s making a case for super-exclusivity, the kind where customers are more than happy to pay for the privilege of wearing something that’s not been seen on every other Tom, Dick and Sharon.

Is Ford onto something here? It was noted recently that Chanel has scissored its sample sale guest list. The Chanel sample sale invitation is already one of the most coveted perks in the fashion and beauty business and invitations are like gold dust. The culling of the list sent out a firm message; for all that they may be embracing bloggers, setting up etail sites and interacting on Facebook, there’s no doubt that exclusivity still has meaning for luxury fashion brands. Just ask Tom.