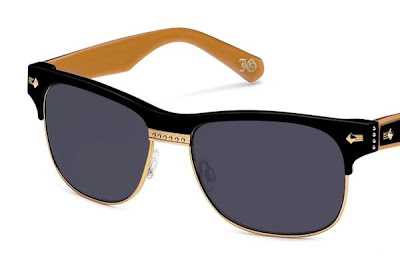 So it seems there is some truth in the point made in the FT, that the recession has meant designers lowering their extortionate prices and focussing on smaller (read: cheaper) goods to get their brand message across. The past few days alone have seen announcements of sunglasses launches from The Row, John Galliano, DVF and Alexander Wang. ‘Wow’ I ask myself, ‘are people really going to buy a pair of shades just because they have DVF emblazoned on the arm?’ And then I check myself because I’m the same brand whore girl whose eyes widened when I read the rumour that Burberry might be launching make-up. Wow, are people really going to buy a lipstick just because it has a Burberry logo embossed in the bullet? Er, maybe, if they identify with the brand. (Take that as a yes.) 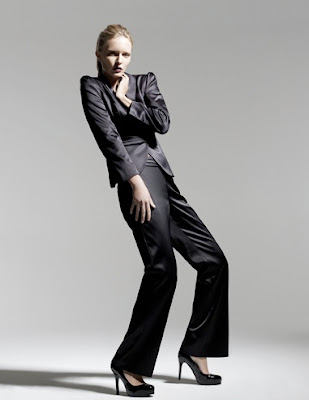 George Davies’ GIVe has had a fair amount of pre-launch press. Not only has it had a huge push in partnership with Grazia, but The Guardian, The Mail, The Telegraph and The Express have all given over column inches to the new brand which launches tomorrow. So what’s it all about? END_OF_DOCUMENT_TOKEN_TO_BE_REPLACED 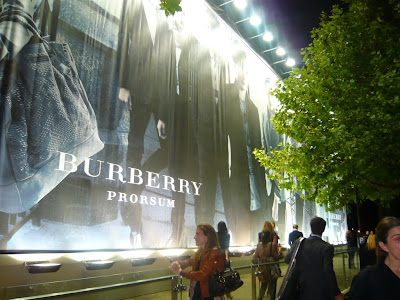 What is there left to say about the Burberry Prorsum show? Quite a lot actually. For me it was a weird one as I was caught between the professional ‘journalist’ me and the bloggy fan-girl me. After entering what felt like a movie premiere rather than a fashion show, it was funny to find myself in the back row with fellow bloggers and the publishers of Glamour and Another Magazine – like, shouldn’t they be at the front? On one side of me I had Discotheque Confusion so we played spot the idol; “OMG there’s Carine!”, “Ooh, is that Joe McKenna?”, “Do you think Bruce Weber will let me have my photo taken with him?” while on the other side I had a big name menswear stylist so felt I’d better put my professional head on and tone down my excitement.

Anyway, to the show. Even Burberry has channeled the sculptural shoulder with practically all its trenchcoats boasting huge knotty or ruchy shoulders. The ruching and draping continued throughout the collection with swaggy folds adding interest to pastel-hued skinny trousers, tulle dresses and even bags. The Times had tweeted earlier that Victoria Beckham would be in attendance and might this be a clue that she was being courted as the face of Burberry. Please God, no, I thought but looking at the models in their silver Spandex leggings I had to concede that that might be a possibility. Yikes. I was actually more taken with the menswear than the womenswear – so many lovely quilted jackets and three-quarter length coats – although a pair of loose lemon silk pants got my vote. 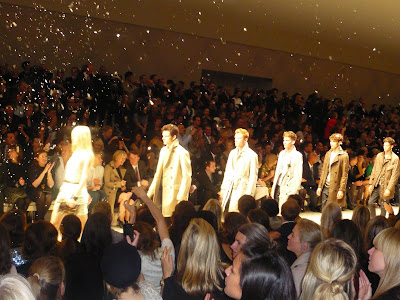 Post-show we could see that it would take some time to exit the building so what did we do? Pick over the seat cards of course! Discotheque Confusion pocketed Carine Roitfeld and Coco’s Tea Party nabbed Mary-Kate Olsen while I was happy with Michael Roberts and er, Lorraine Kelly. 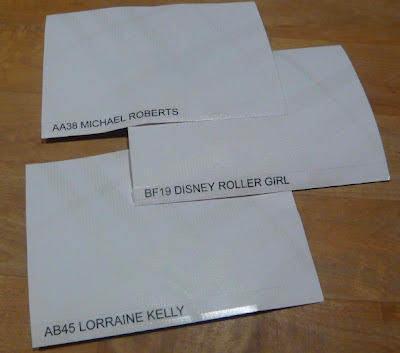 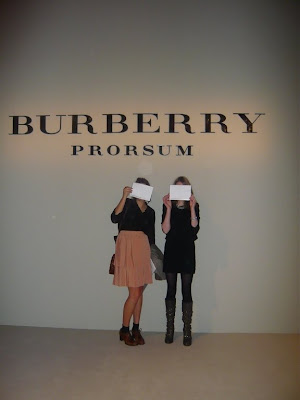 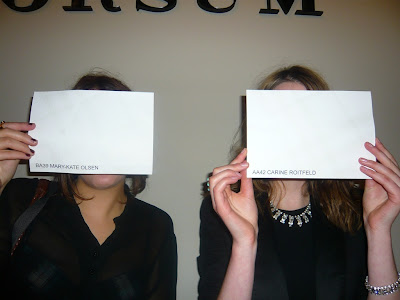 Onto the party! After a short walk to Burberry’s HQ and a five minute queue on the carpeted pavement, we headed to the online room where computers had been set up for live social networking. I did manage a sly tweet or two but was far too interested in the bar and canapes to spend an hour on Blogger. But I did manage to grab the PR to get the lowdown on the live-streaming initiative. As it turns out, there wasn’t a social media expert behind the curtain pulling the strings, this was simply the idea of Christopher Bailey and CEO Angela Ahrendts. Impressive. Designer whizz, interiors pro, art director extraordinaire, online embracer, the nicest man in fashion… is there anything Christopher Bailey can’t do?

Bigging up the bloggerati

Summer 09 will surely go down in history as the season when fashion blogging tipped over into the mainstream. Never have I received so many emails inviting me to blog events, asking for a soundbite or sending me links to big-up-the-bloggerati articles. Today’s Business of Fashion alerted me to an insightful article in The Times that suggests if brands don’t embrace bloggers sharpish, they’ll almost certainly get left behind.

Also out today is the Blogger Vision Q & A I took part in, organised by FTape, the online fashion industry resource. Have a good read on what me and some fellow bloggers (including Style Salvage Steve, Liberty London Girl, Rebekah Roy, Kingdom of Style, The Coveted and Frock Writer) have to say on all things blog and fashion-related.