What a magnificent picture! 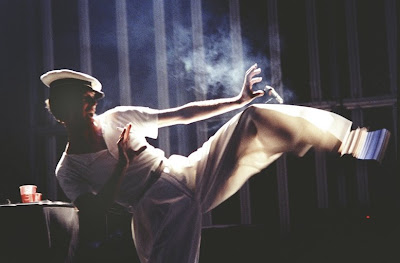 And I love this video… anyone remember ‘duster coats’? 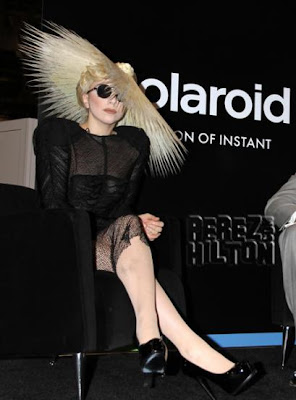 Last year there was much excitement at the news that Lady Gaga was collaborating with Polaroid. What would they create? Clothes? Cameras? Music? Well, the wait is nearly over and the results of ‘Grey Label’ will be unveiled on Thursday.

At 3.30pm PT, Gaga fans can watch the launch live from the Consumer Electrics Show in Las Vegas on Polaroid.com where the countdown has already started…

Johnny Borrell is Burberryed up 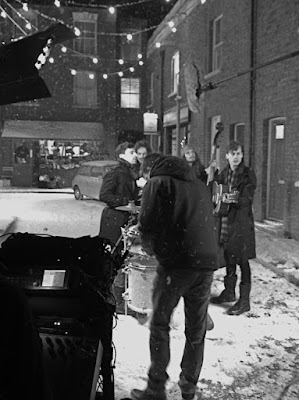 Is Christopher Bailey a frustrated rock star? How else to explain his out-of-control obsession with Brit indie music? Why, even the hold music for Burberry HQ consists of warbling Bailey-approved Brit bands – talk about attention to detail.

From the look of this image of Johnny Borrell recording for Burberry, I’d say something’s definitely up – *gasp* – surely not a Burberry-sponsored stab at the Christmas number one? Say it ain’t so (although Borrell and Edie Campbell in a Burberry-wardrobed, Testino-directed video would be damn cute)… 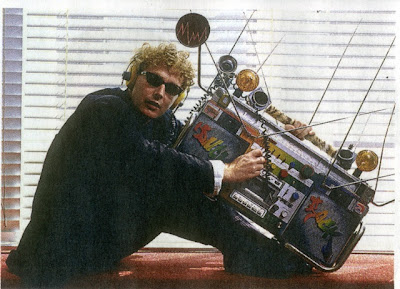 And one on JD Salinger by Lilian Ross

disneyrollergirl
•
Follow
“In 1971 Bob (Richardson) and I decided to move to Paris. We loved to shoot for Dior with the great makeup artist and perfume designer Serge Lutens, whose extraordinary talent and eye for detail inspired us. Working for the European magazines was liberating in terms of content and expression… Serge was a legend as a makeup artist and already a mysterious and rare commodity in the beauty industry. He lived in Paris at no fixed address. When French Vogue wanted to book him for a feature, scouts were sent out all over the city to find him. Generally he could be located at his favorite table at the Café de Flore. Serge was a nocturnal animal, with great dark eyes. He wore his jet-black hair straight, in a Dutch-boy haircut, under a John Lennon cap. He didn’t speak a word of English, but it never mattered, because the language between Bob and Serge was aesthetic. It was a great feeling to be the muse between them. At this time, Serge gave me the haircut that became my trademark – full bangs and dead straight, to just below the ears, like the silent-movie star Louise Brooks. It was to change my life as a model.” Anjelica Huston on Serge Lutens #sergelutens #angelicahuston #bobrichardson
View on Instagram |
5/9