When I worked in India a few years ago, Bombay Electric was a regular stop-off on my beat, where I’d coo over local designers and the odd bit of Japanese kook. Now London is getting a taste of founder Priya Kishore’s edit, with a pop-up outpost of Bombay Electric at Selfridges. The twist is that as well as selling contemporary Indian fashion and accessory design, Kishore has asked some of our London locals – Roksanda, Nicholas Kirkwood, Peter Pilotto, Mary Katrantzou and Mawi – to create limited edition sari designs to sell in the space. Profits of these will go to a UK-based foundation dedicated to protecting Asian elephants.

The Bombay Electric pop-up is part of a bigger Selfridges theme, called SELFRIDGES LOVES INDIA, which is nicely timed to chime with the India Festival and the Fabric of India exhibition at the V&A. shop the edit HERE. 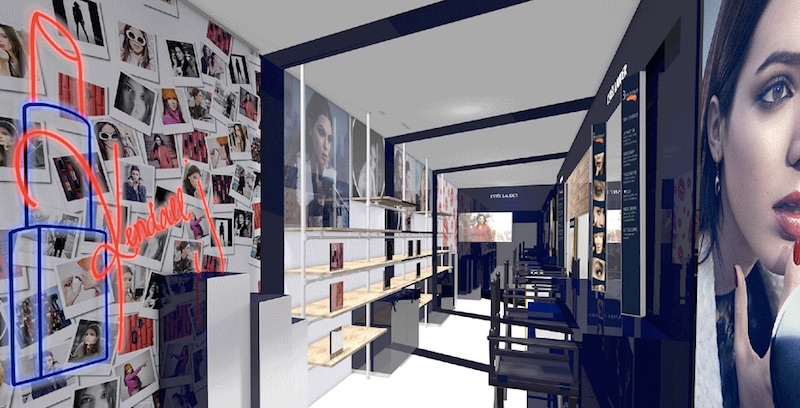 When Estee Lauder opens a store in Shoreditch you know its repositioning strategy has reached its peak. No longer aimed at your mother, Lauder first switched things up with its masterstroke hiring of Kendall Jenner (I was sceptical) and now has opened a Shoreditch pop-up. The temporary store is housed in the Boxpark retail hub until December, offering three-minute fixes and post-work touch-ups for the local creative, fashion and tech workforce.

3 GRACE WALES BONNER FOR THE WIN 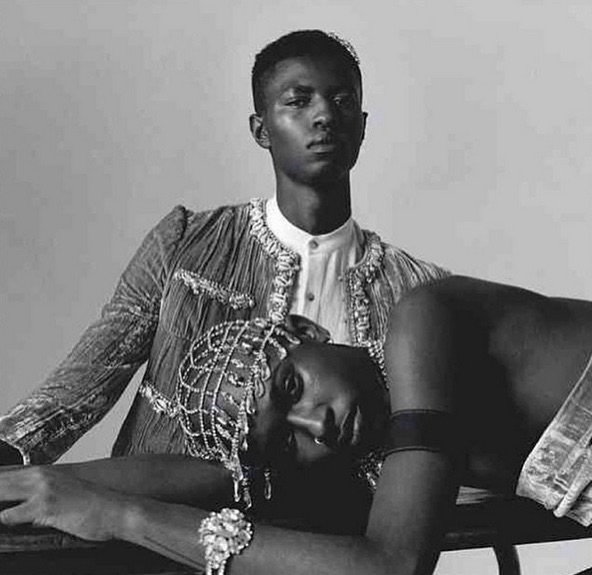 It’s almost British Fashion Awards time (23rd November to be exact) and the nominee I’m most thrilled for is Grace Wales Bonner. The recent Central Saint Martins B.A. graduate has only shown at LC:M for two seasons, but already she has a clear, fully believable vision. A true original thinker in the fashionsphere, she’s nominated for Emerging Menswear Designer. 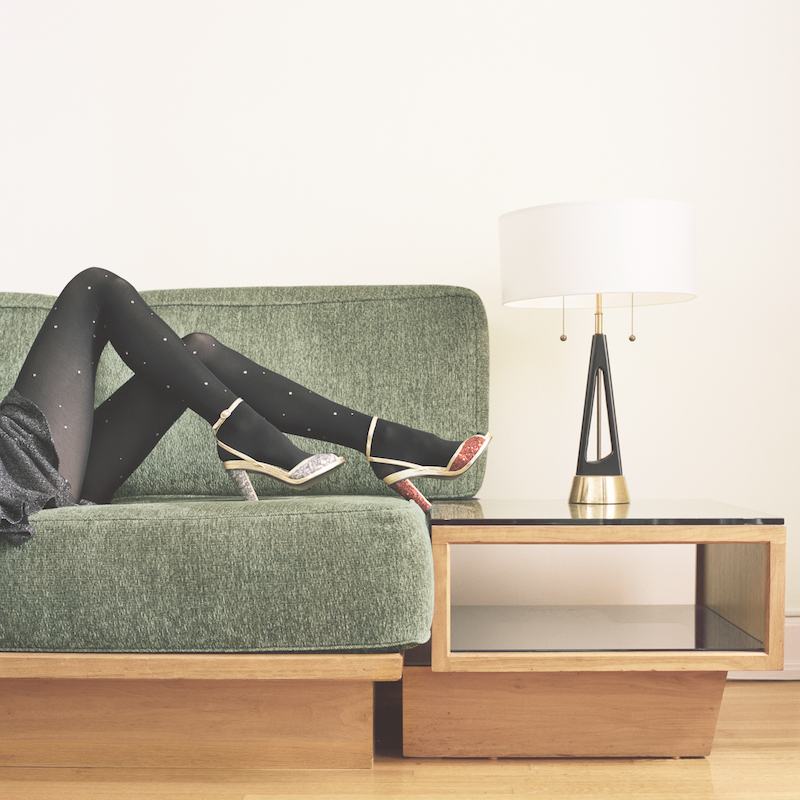 Critics of Rodarte’s super-spendy RTW can eat their words. & Other Stories has announced its next ‘Co-Lab’ is to be a capsule collection with the L.A sisters. Launching next Spring it will include ready-to-wear, accessories and shoes. Fashionista has the story. 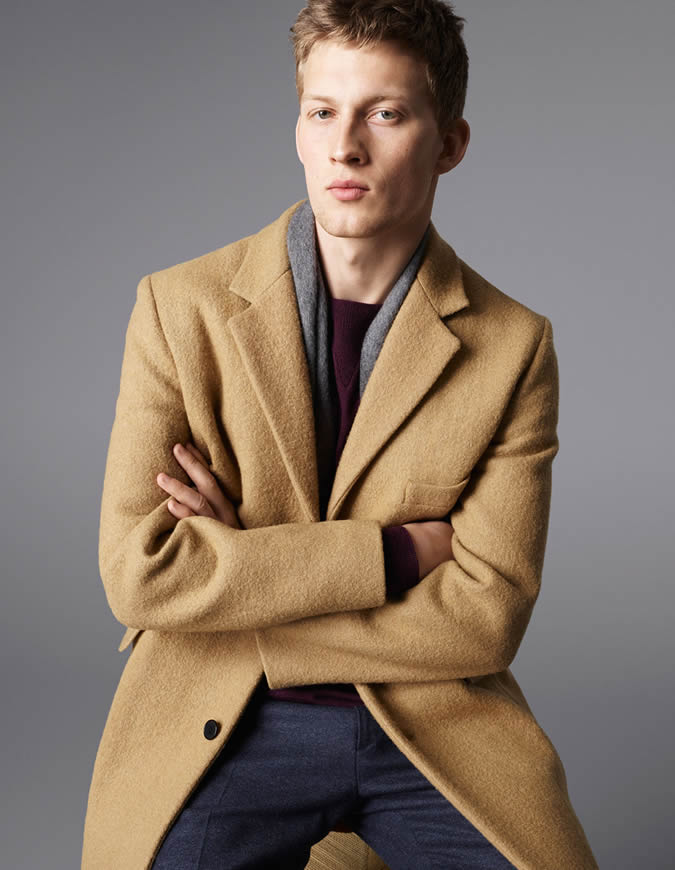 To celebrate its first anniversary, Whistles menswear has a one-week pop-up shop taking place at the Protein Gallery in East London. The pop-up will sell the exclusive Whistles x Edwin jeans collab which launches exclusively online and in-store on Tuesday 20th.

On Wednesday 21st at 630pm, there will be a talk from Simon Piehl, the founder of design studio Bureau for Visual Affairs, on taking brands into the digital space. And there’s a host of foodie sampling to be had on different days throughout the week, including happy hour with beer from Swedish brewers Pistonheads and snacks from British Beef Jerky; chia seed steamed buns from Cerviche; coffee from Cream Café; and fresh doughnuts from St. John’s Bakery’s. Click HERE for more info. 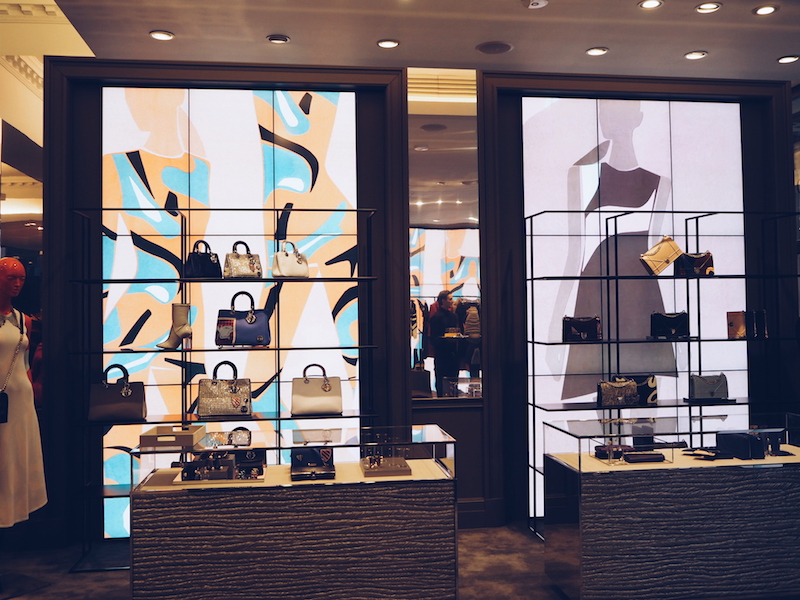 While we wait – and wait – for the reopening of Dior’s Bond Street flagship (what are you doing in there?), there’s a new pop-up just opened on Mount Street. It’s a stunner, with the main attraction a series of hi-tech digital screens of animated illustrations by Mats Gustafson to complement the AW15 ‘Cosmopolite’ collection. Think cut-out camouflage patterns in colours that pop against Raf Simon’s coats, dresses and vinyl boots. 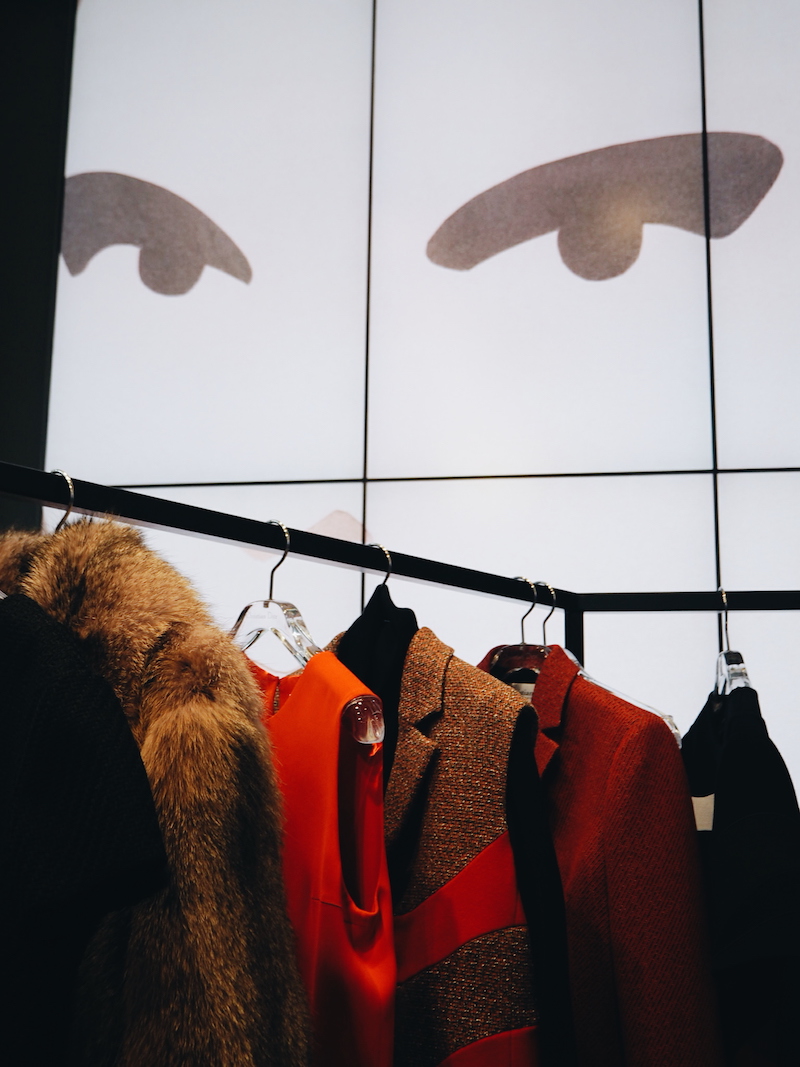 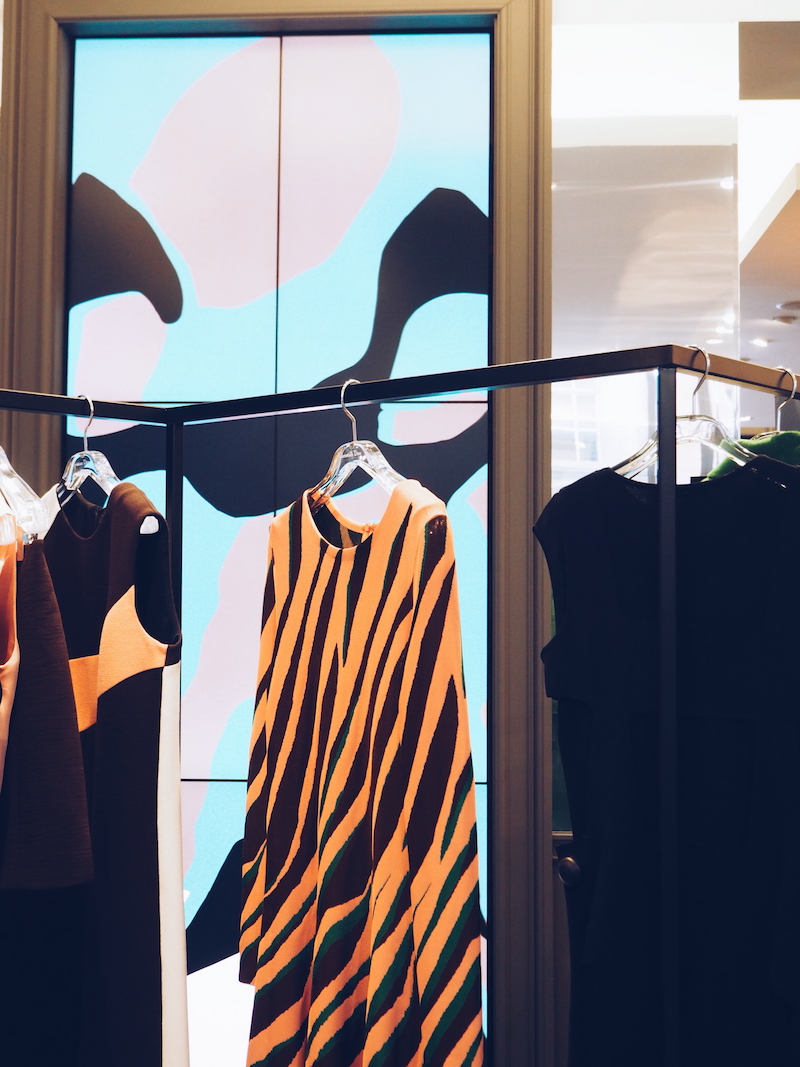 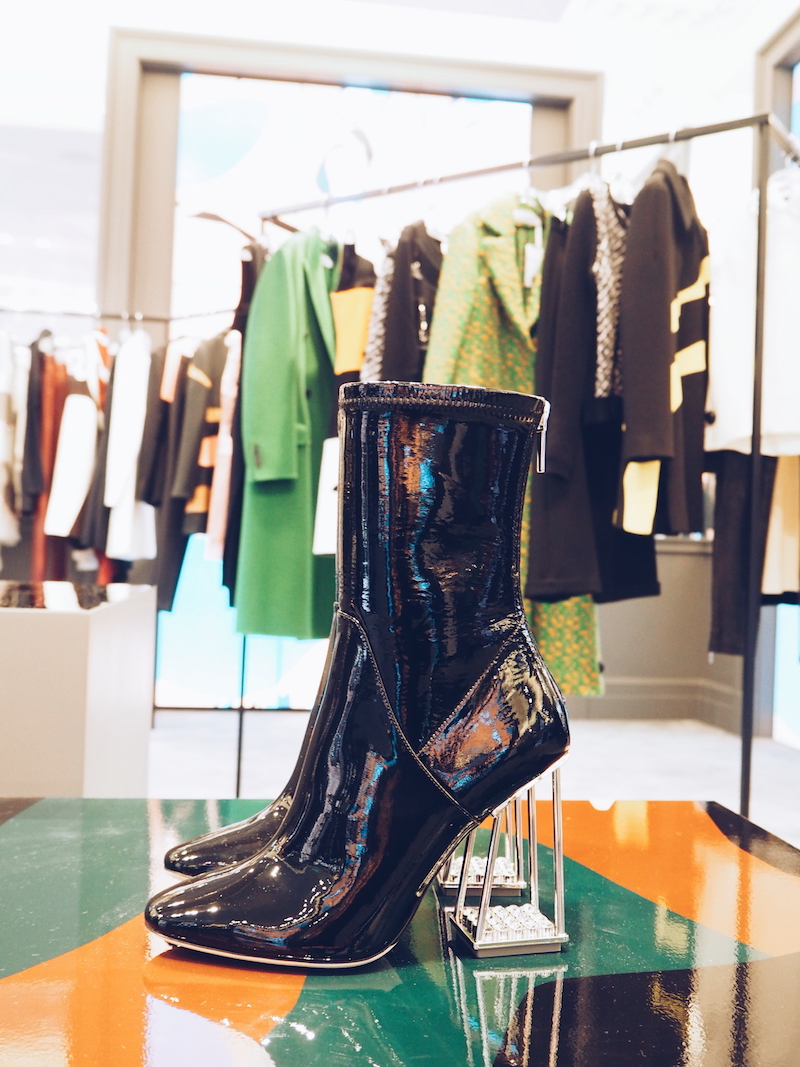 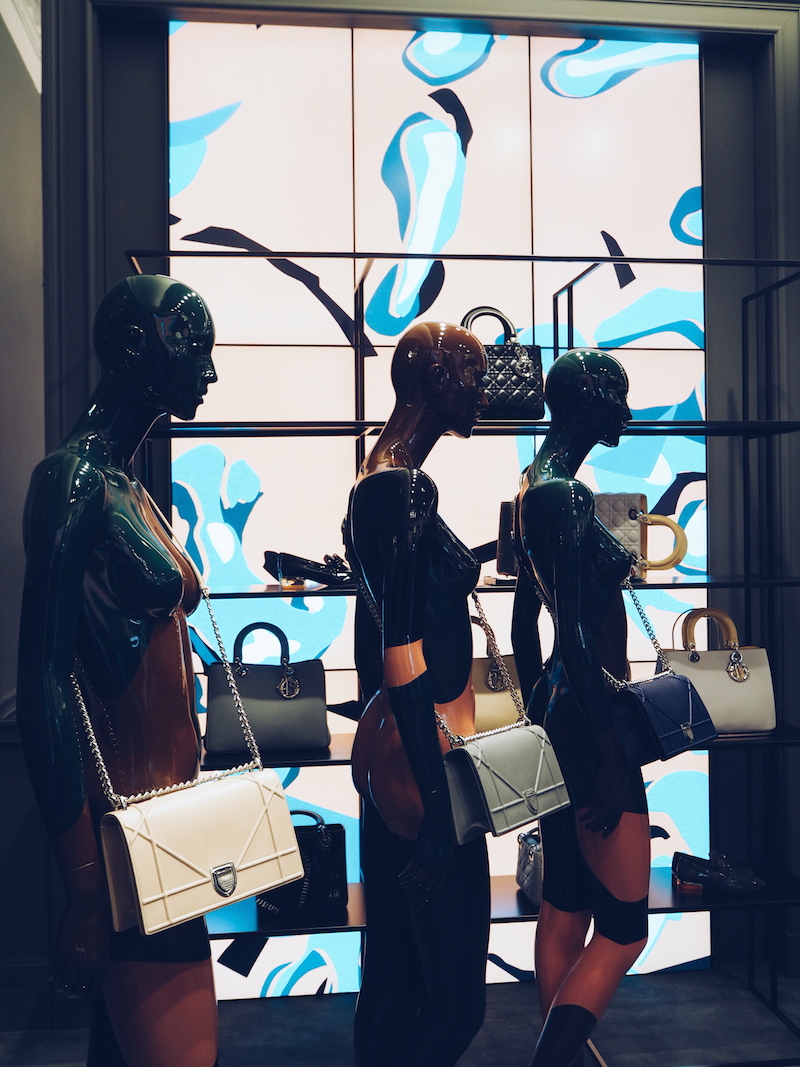 Look, frame, what do you see?* How high street brands are disrupting the beauty industry