Look, frame, what do you see?* 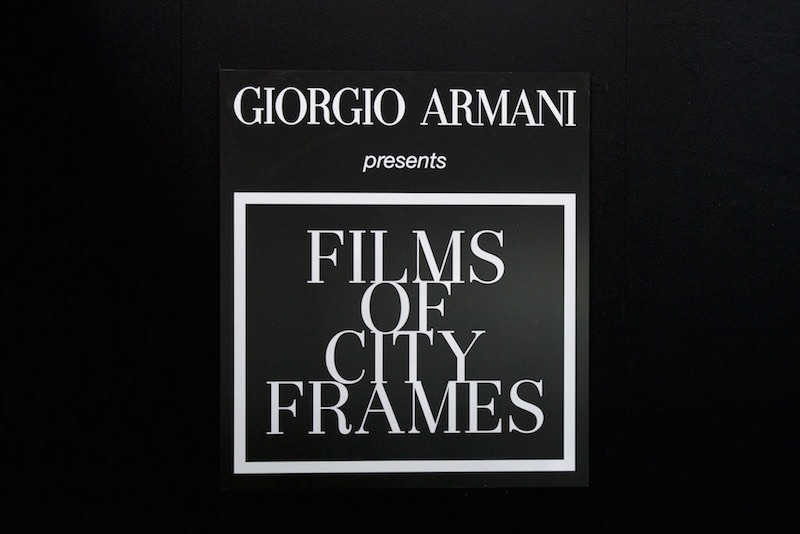 Now more than ever, fashion is part of the entertainment system. And no one knows this better than Giorgio Armani. An early believer in the commercial clout of red carpet dressing, his ad campaigns are cinematic extravaganzas worthy of their very own film awards.

Armani’s passion for cinema extends for another season to Films of City Frames, an initiative designed to give a platform to emerging filmmakers from four of the world’s most prestigious film schools. Their brief? To create a short film based on real life, set in the film school’s city – and starring Armani ‘Frames of Life’ eyewear in a supporting role.

Last Monday morning, as a guest of Armani eyewear’s production partner Luxottica, I saw the four short films premiered at the British Film Institute on the South Bank. The screening was hosted by the magnificent Dame Helen Mirren, this year’s mentor and Special Ambassador of the project. Can somebody please give Helen Mirren her own talk show? Holding court on a panel alongside business of fashion’s Tim Blanks and the four filmmakers, she dispensed humorous but nurturing advice to the students, some of whom were accompanied by interpreters to translate the proceedings… 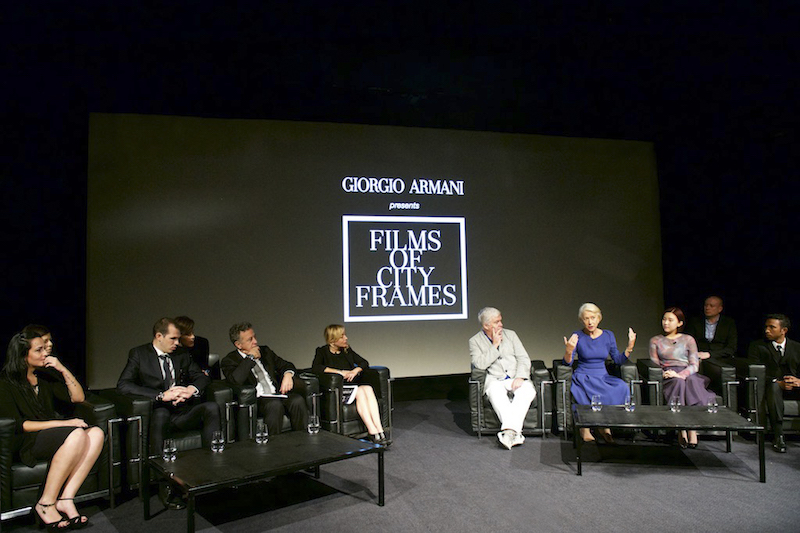 As Mirren observed, the four films are charming, often poignant and free from cynicism or irony. From Turin’s Scuola Holden film school, Tommaso Bianchi’s modern day Cinderella story. ‘Midnight’, is sweetly funny and romantic, with Cinderella a myopic pastry chef and Price Charming a smitten taxi driver. From Sao Paulo’s Academia Internacional de Cinema, Juliana Valente’s film, ‘Legacy,’ is an honest ode to father-daughter love, set against a dreamy backdrop of Brazilian architecture. A student at Seoul’s Institute of the Arts, Sang-Ho Lee’s self explanatory short, ‘I Love You’ is simply a tender-hearted rumination on how the world changes when we fall in love. And from Sydney School of Film came my favourite, ‘Clarity’ by Chris Sebastian Joys (below). A tale of friendship between a blind photographer and a painter, it ponders on ways of seeing using an original narrative and beautiful camera work.

Of course, product placement in a film like this is always a bit of an elephant in the room. How to get the brand in unobtrusively? Thankfully, eyewear is the perfect metaphor for film and storytelling, with its allusions to observing, framing and seeing. But in this case it also has genuine emotional resonance as an object with meaning – watch the films and you’re sure to relate to at least one of the situations. (And helpfully, Giorgio Armani eyewear has a natural elegance that’s familiar but never overstated.)

This is a very good time to be an emerging filmmaker with the support of a renowned fashion brand, especially one with epic cinematic credentials. There’s a huge need for stylish filmmaking to satisfy the endless hunger, not just for fashion films but for bite-sized micro stories to populate the Instagram, Snapchat and Facebook feeds of fashion brands big and small. Initiatives like Films of City Frames serve to help the participating young visionaries and the fashion industry, but they also help to inspire the next generation of talent. If you want to test that theory, watch all four videos HERE.

BELOW: Chris Sebastian Joys with Business of Fashion’s Tim Blanks 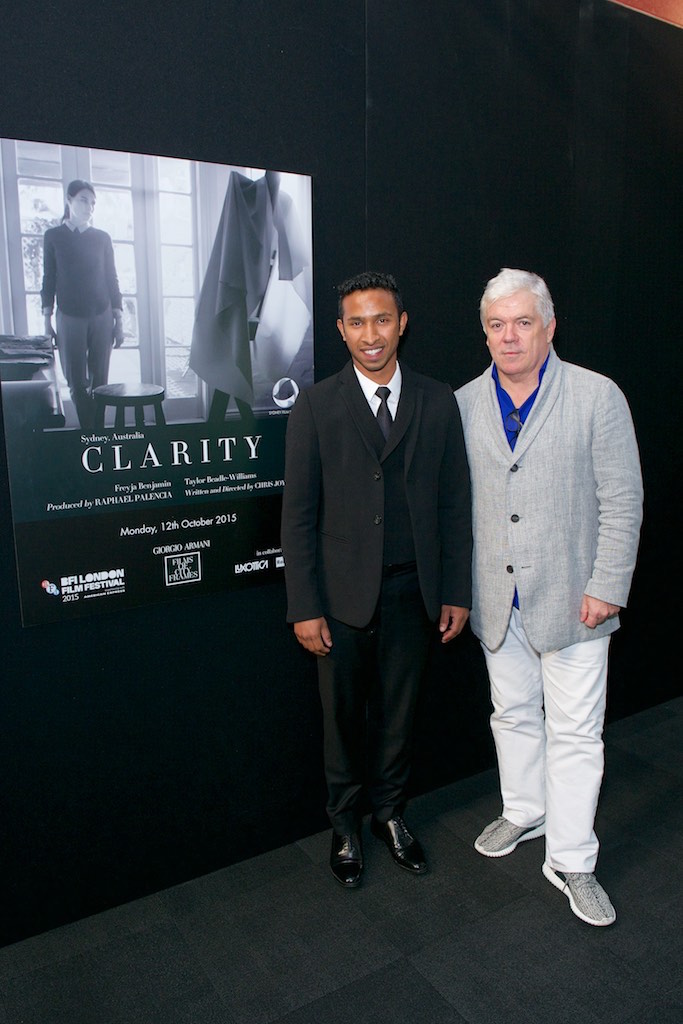 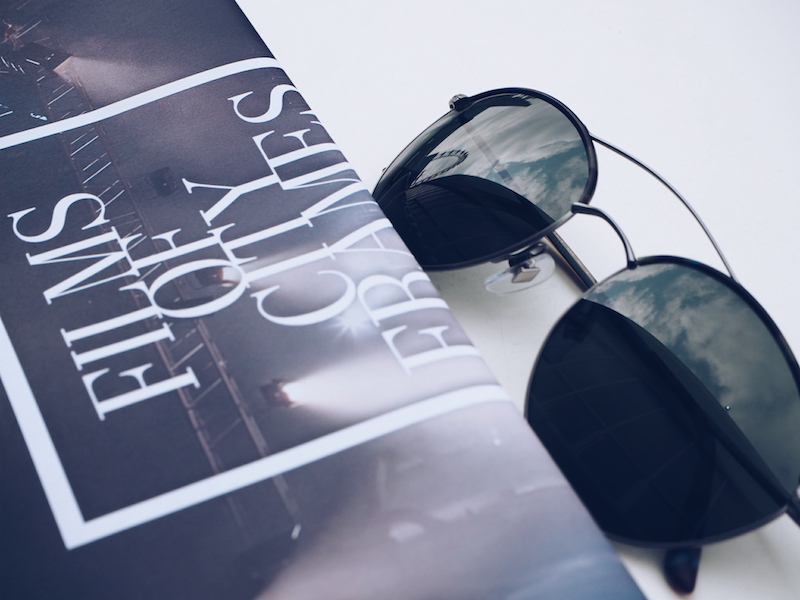 Posters for ‘Midnight’ and ‘Legacy’ 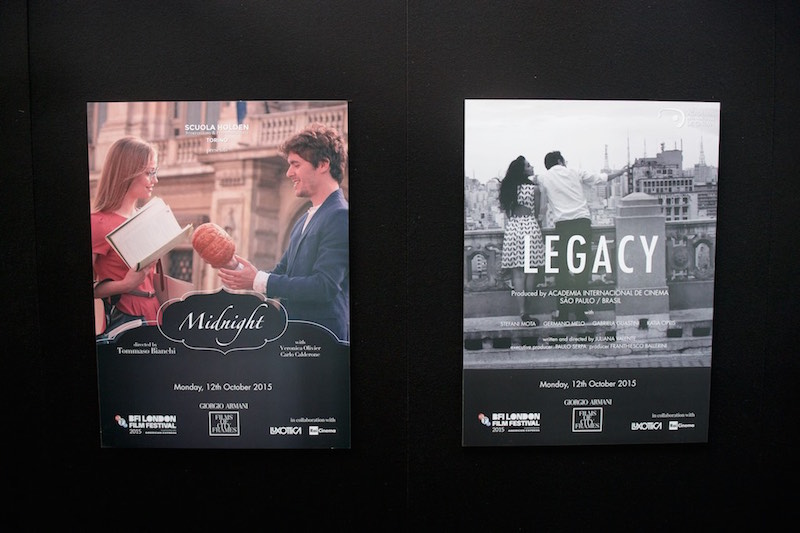 A still from ‘I Love You’ 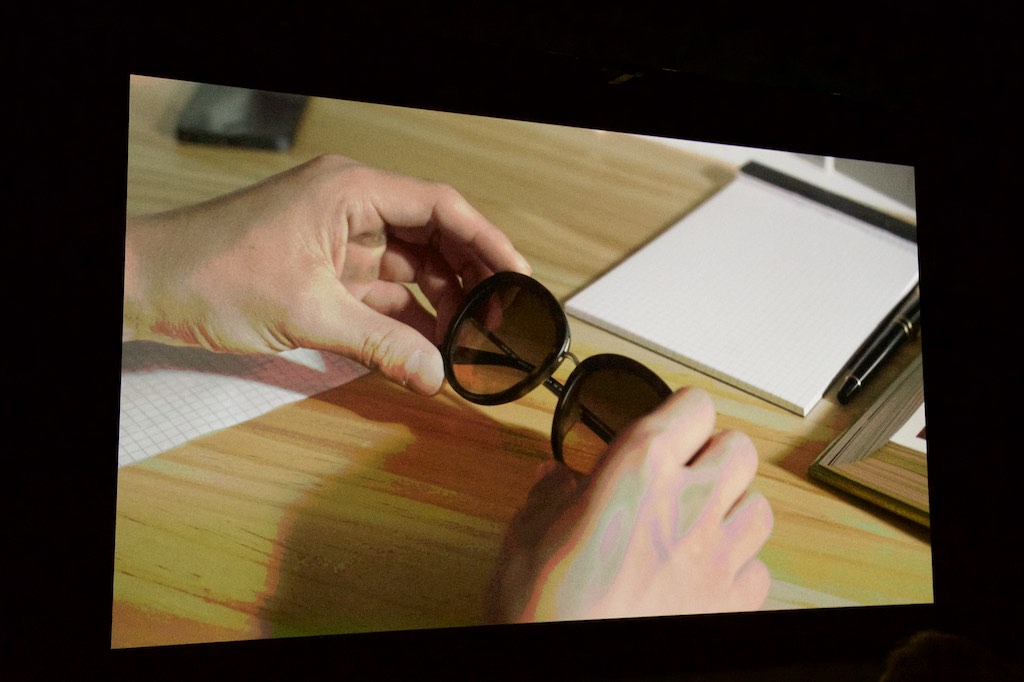 Posters for ‘I Love You’ and ‘Clarity’ 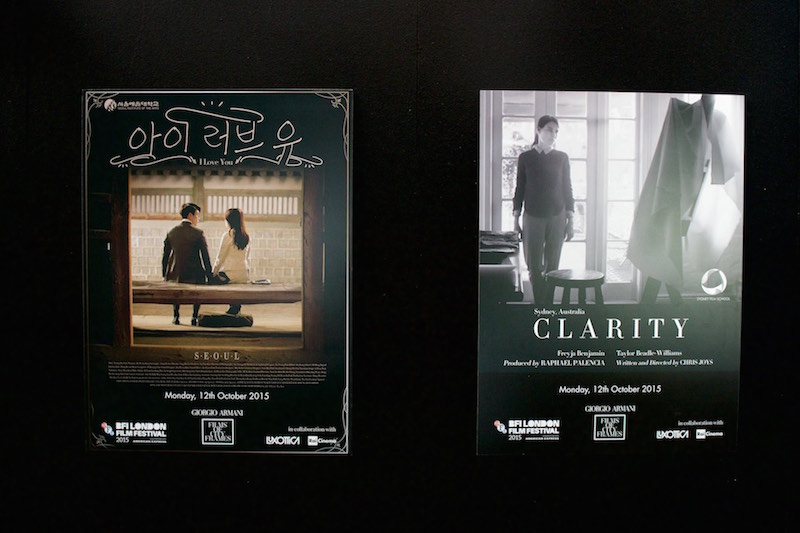 The filmmakers pose with Roberta Armani 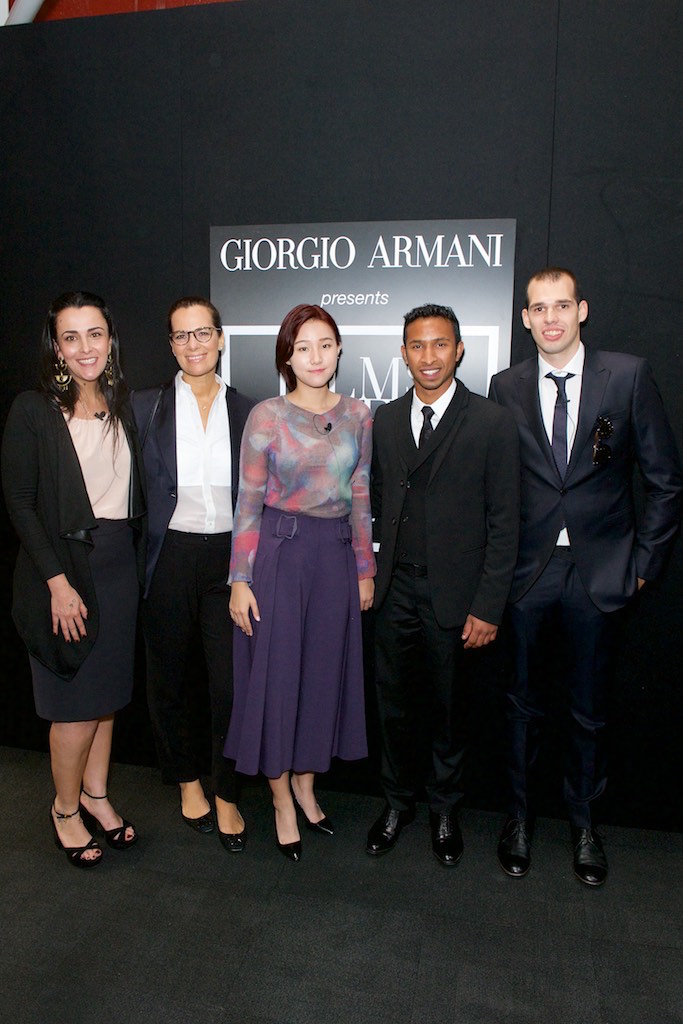 *THIS POST IS PRODUCED IN PARTNERSHIP WITH LUXOTTICA AND GIORGIO ARMANI*