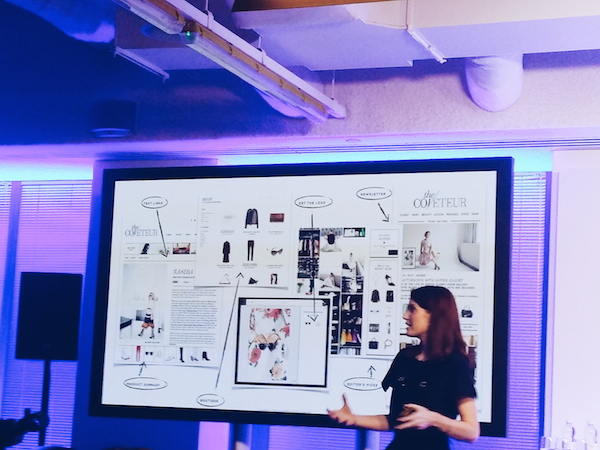 This year’s WIRED Retail (supported by digital marketing agency Valtech) was a winning combination of all my favourite elements – fashion, retail, social and curation. We’ve been talking about these subjects a hell of a lot lately but certain messages are being crystalised. Among last Monday’s speakers were the founders of Lyst, Farfetch and RewardStyle, as well as Google UK’s Peter Fitzgerald, Etsy’s VP of business development Nicole Vanderbilt, Instagram’s Tracy Yaverbaun and Depop’s CEO, Runar Reistrup. It was a full house with a packed agenda, as well as a parallel programme showcasing some of the best start-up businesses in retail. Here are my five takeaways from WIRED Retail… In a segment called Social Sellers And The New Curators, Runar Reistrup CEO of Depop (a younger, cooler eBay-esque app) nailed it when he said that the new breed of retailers are social media natives. Championing the social community aspect of e-commerce apps and sites such as Depop and Etsy, as well LIKEtoKNOW.it (of which more later), he advised that adding a social layer to selling instantly makes the process more fun and experiential. On Depop, buyers ‘follow’ their favourite sellers because they want to buy into their taste and style. The Instagram-like feed means compulsive checking is the norm. Meanwhile, Lyst’s Chris Morton stressed the role reversal of content. “Instead of commerce sites featuring content, it’s flipped as social media becomes shoppable,” he said. (Hello Twitter ‘buy’ button). He recommended paying attention to mobile as that’s where the social consumer is. “The mobile device is binding the physical and digital retail worlds.”

Several speakers gave the example of shoppers going into stores pointing to a social media photo on their phone. “People are walking into stores with their Instagram feeds and saying ‘show me where this is, where can I find this?’, said Tracy Yaverbaun, Instagram’s new head of brand development for EMEA. She also flagged up brands streaming their Instagram feed on their website as a more engaging way to showcase their wares. “Those images are more inspirational than the product shots on the site. It’s a way to bring the two together,” she said. Yaverbaun highlighted Banana Republic who streamed Instagram images in its shop windows – the perfect marriage of digital inspiration and bricks and mortar visual merchandising.

2. CONSUMERS ARE RETAILERS TOO

Amber Venz, the cofounder of affiliate network RewardStyle and its spin-off, LIKEtoKNOW.it, was one of the most engaging speaker of WIRED Retail. Although a little clunky, her LIKEtoKNOW.it tool is gaining momentum for its community of (invite-only) influencers. In 2014, those influencers drove 3% of RewardStyle sales. LIKEtoKNOW.it is a separate site that consumers sign up to in order to shop product they’ve ‘Liked’ in their Instagram feeds – hence the name ‘Like to know it’. When the LIKEtoKNOW.it community (which includes celebs, bloggers, models and Instagrammers) posts a product on Instagram – in an outfit post, for example – they add a LIKEtoKNOW.it link which then gets emailed to those who ‘Like’ the picture. LIKEtoKNOW.it is synced to RewardStyle, therefore when an Instagram follower buys an item using this tool, that Instagrammer earns a tidy commission. (Here’s an example from my Insta feed.) Get used to seeing the LIKEtoKNOW.it links, I think we’ll be seeing it a lot more of them in 2015.

3. WHEN ECOMMERCE MEETS BRICKS AND MORTAR 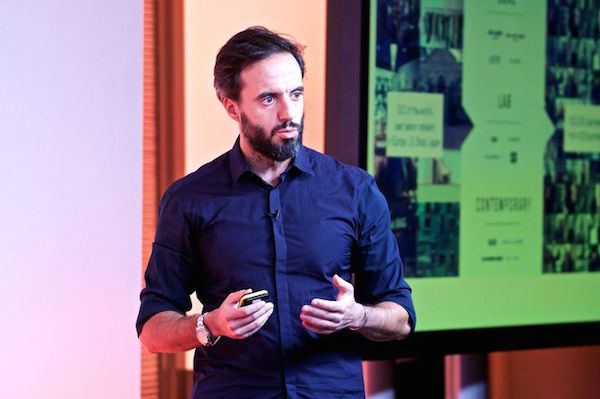 “90% of transactions still take place in bricks and mortar stores,” reported Farfetch founder Jose Neves, pausing as we all took to Twitter to broadcast the stat. The statistic precluded his announcement of Farfetch’s shiny new click & collect service, an idea I love as it connect the dots between ecommerce and physical stores. This connection was the main theme of the day as various speakers repeated the mantra, ‘forget omni-channel vs e-commerce. It’s all just commerce’.

Experiential retail was another major theme, dubbed by Valtech’s George Smith as The Economy of Experience. Translation: the instore and online experience should be equally engaging whether that’s through storytelling, entertainment or outstanding customer service. Gieves & Hawkes’ Jason Basmajian demonstrated the brand’s short films that are routinely shared via online media, but he also gave the example of flagship store customers being pampered by in-house butlers. You’ll be offered a drink while you try on suits and they’ll even press your coat for you while you shop. It’s all about the seamless feelgood experience that encourages customers to return.

Physical stores it seems are more important than ever in telling brand stories and pop-up shops can do this well for new brands with innovative ideas. This is where pop-up specialists Appear Here come in. “We match empty spaces with people with great ideas,” said CEO Ross Bailey. His company has helped to make London’s Old Street station a retail destination rather than a place to pass through, while giving exposure to newbies such as 26 Grains and Bailey Nelson eyewear.

The mall is also not to be written off, it just needs to provide fresh and unique community experiences for what J Skyler Fernandes (MD of Simon Venture Group a company that invests in retail innovation) calls ‘mall-ennials’. “They love technology but they’re not using it to replace shopping in stores, they’re using it to enhance it. So it’s important to make sure that the in-store experience mimics the online one.” Free wi-fi, beacon technology and mobile search that allows customers to view real time inventory in malls will all become standard.

What should retailers be doing to leverage customer service? Speedy online delivery is undoubtedly a huge factor and one that has spawned numerous start-ups. Tech entrepreneur Jack Hidary highlighted the disruptive potential of same-day (and ‘next hour’) delivery services that are tailored to the consumer, whether that’s a service that will collect all your online purchases on your behalf or a person paid to stand outside your door to sign for deliveries when you’re out. Postmates, Instacart, Shutl and Deliv all offer speedy and personalized delivery, as illustrated by Hidary, whose order from Hotel Chocolat via Shutl was delivered straight to the podium.

Face time is also becoming increasingly important. Hence Google’s Peter Fitzgerald’s recommendation of Topman’s new personal shopping service that allows expert advisors to help customers via Google Hangout. Fitzgerald (who is also president of innovation and digital at the British Fashion Council) also advises retailers to give store staff access to smart phones to help their customers more rapidly. He believes that there should be a focus on the mobile experience to keep up with today’s tech-driver customer. “We have a highly informed, very in control consumer and we have to recognise that,” he said.

5: WE ALL NEED THE HUMAN TOUCH 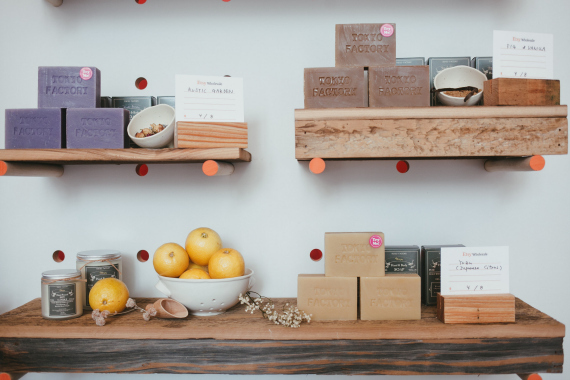 What the above proves is that we still value human input. Etsy’s Nicole Vanderbilt stressed how the company’s success is built on community, she called it “putting people back into commerce”. At Etsy you talk to the people who sell the product and lots of Etsy retailers also sell face to face, for example at music festivals (and at the Etsy pop-up coming to London later this week.) Likewise, Instagram’s Tracy Yaverbaun underlined the community appeal of the photo network. “Sixty percent of people that engage on Instagram and platforms like it are actually engaging with people, things and publications that they don’t know. People are engaging with people who have unique passions that are similar to their own,” she said.