Done well, Sephora’s shopping platform could be a gamechanger. Launched two weeks ago, its new Beauty Board is a Pinterest-esque gallery of user-generated photos, which customers engage with, posting reviews, comments and tips. It’s what beauty forums do best, but this adds an all-important shoppable component and the ability to share widely on other platforms. With mobile’s increasing importance in syncing content with commerce, I imagine we’ll be seeing a lot more brands attempting similar feats. Read more here. 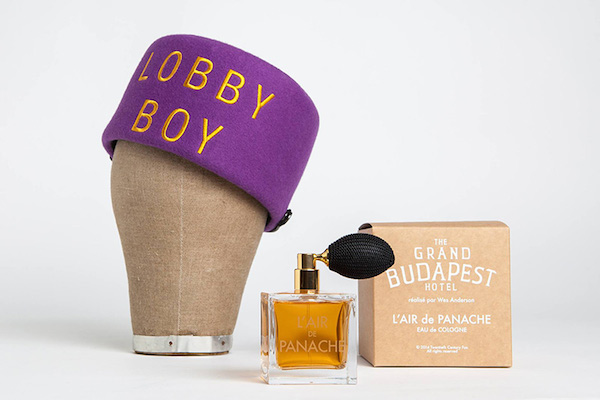 I love this example of Wes Anderson’s unbeatable attention to detail. As a gift to the staff and cast of The Grand Budapest Hotel, he commissioned a real live version of Gustave H’s signature cologne, L’Air de Panache. Alas it’s not actually for sale, which is a shame as the concept and execution is nothing short of brilliant. But you can sample it at the Perfumier’s, Nose, in Paris.

CHANEL FOR LIPS (PLUS THE BEST USB STICK EVER) 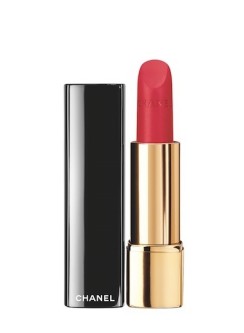 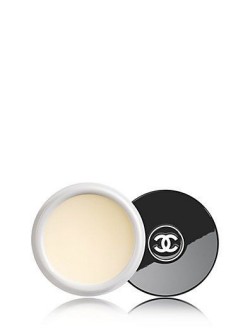 Chanel never fails where lips colours and consistencies are concerned. My current favourites from its recently launched Le Rouge lip campaign come from the pink-red spectrum. La Malicieuse (46) in Rouge Allure Velvet is a deep, scarlet matte velvet consistency – casualise it by smudging the edges a little with a cotton bud. Rouge Coco Shine is much easier to wear, there’s just enough iridescence to give a flattering sheen. Flirt (69, a sheer peachy pink) is my daytime go-to worn on top of Chanel’s new Hydra Beauty Nourishing Lip Care lip balm. Using oil from the Camellia (which conveniently harbours moisturising super-powers), this lip balm is aimed at those with damaged or extremely dry lips. Mine aren’t particularly dry but this is the best balm I’ve used in years and I love the signature black-and-white pot. It arrives on counter in the UK from 28th March. Also, I nearly shrieked when I opened one of my sample boxes expecting to find a lippie and instead discovered a lipstick-shaped USB stick… (Mr DRG was less impressed. “How many gig is it?” was his only concern.) 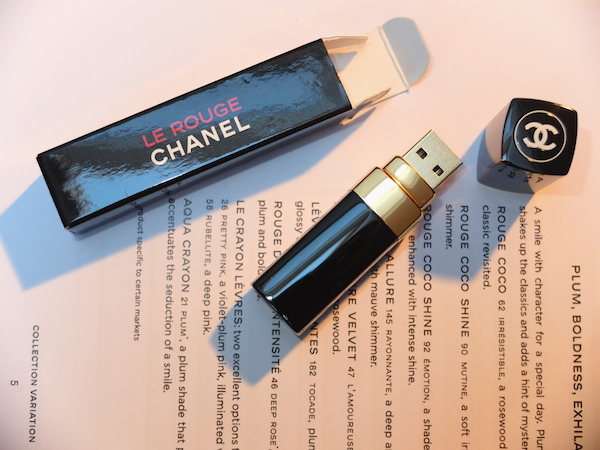 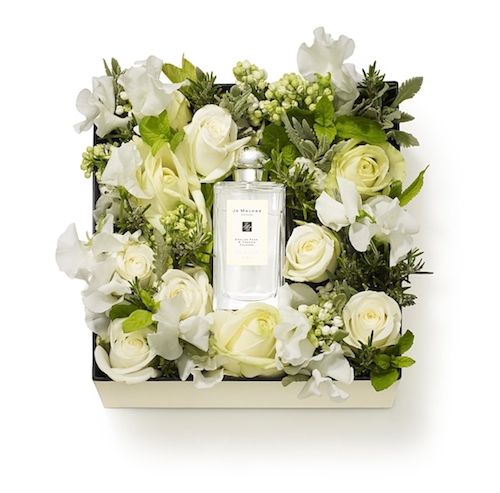 Jo Malone London does these special occasion luxury gift boxes so well. For Mother’s Day you can have a 100ml cologne of your choice presented in a box of Scarlet & Violet (AKA my fab local florist) blooms from £120. Buy between now and Sunday 30th March exclusively from Jo Malone London, Sloane Street. 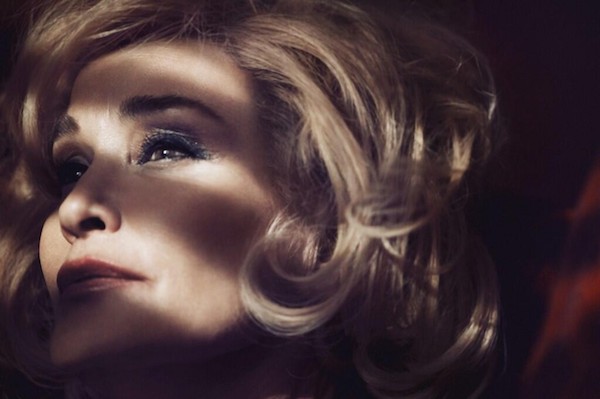 Who knows if this is a fashionable blip or not but I’m excited to see so many beauty brands embracing aging beauty icons. And by that I don’t mean old girls who look young, I mean beautiful women who look their age but with vitality and individuality. Marc Jacobs has tapped Jessica Lange as the face of Marc Jacobs Beauty for AW14, NARS has Charlotte Rampling for its 20th aniversary, and Estee Lauder has the always-fabulous Stephanie Seymour, starting with its September ad campaign. More please… 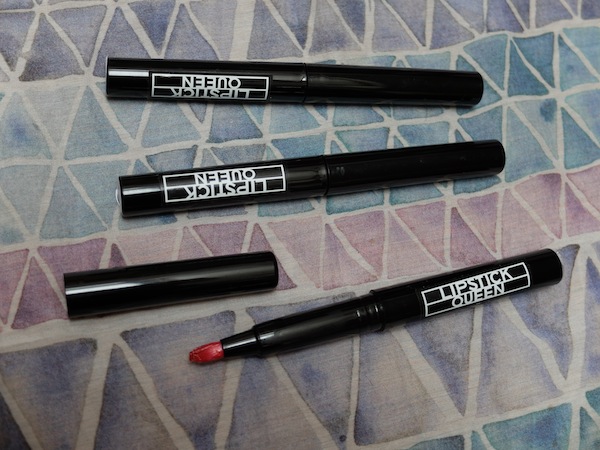 Poppy King’s Lipstick Queen has introduced a new toy for statement lip lovers. Its super-glossy Vesuvius Liquid Lipstick (£22) has a rich, syrupy texture on the brush and the deeper shades are packed with pigment. It’s available in six shades of which Vesuvian Red and Vesuvian Coral are the standouts if you love a dense glossy red lip. (It’s also rather excellent for writing love messages on mirrors…) Buy it from SpaceNK 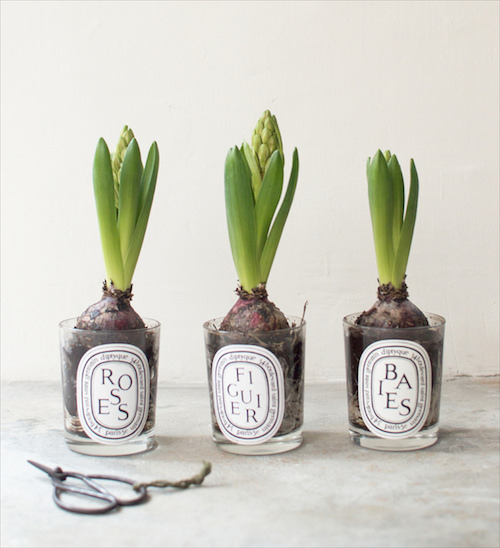 This is only very loosely beauty related but…how sweet is this idea? We all love reusing our Diptyque jars but for a change from storing cotton wool pads and makeup brushes, I love this option… growing hyacinth bulbs! Courtesy of A Pair and a Spare, click the link HERE to see how… 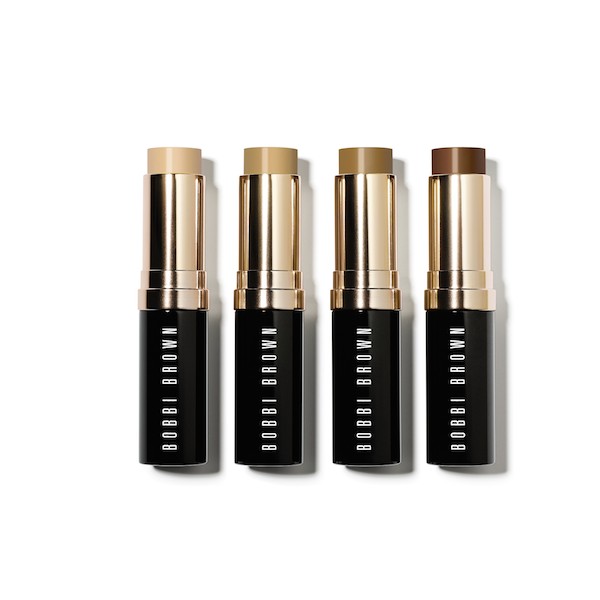 This was a good read from the New York Times, underlining the ridiculous state of affairs in beauty retail when it comes to makeup colours for wide-ranging skin tones. As MAC co-founder Vic Casale (now chief of innovation for Cover FX) put it, today’s global society means “a new shade is born every day. The world is getting smaller and smaller. You’ll have an African-American marry someone from, say, Japan. It’s not as pigeonholed as it used to be.” Addressing the foundation issue is Bobbi Brown, whose newly updated foundation stick now comes in 24 shades. The new Skin Foundation Stick promises to control oily skin while giving dry skin moisture, as well as delivering better performance, wear and finish. It launches on 31st March at Bobbi Brown Studios or from Bobbibrown.co.uk, RRP £29 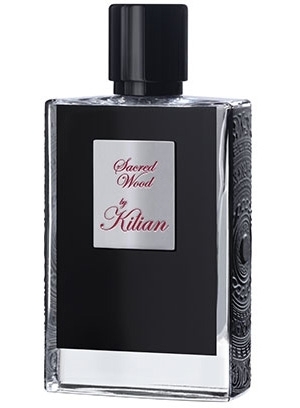 Good news if you like your fragrance woody, musky and a little bit masculine. The latest launch from By Kilian is Sacred Wood, part of the Asian Tales collection and possibly my favourite to date. The overriding note is that of sandalwood. It’s a beautiful and subtle rendition, translated via polished woods and hot spices by perfumer Calice Becker (as real Mysore sandalwood has become endangered in recent years). The fragrance goes on counter exclusively at Harvey Nichols in the UK, alongside the fifth in the series, Imperial Tea. Available from April, £90 for a refillable travel spray; £155 refillable spray.