How to buy an Hermès fragrance 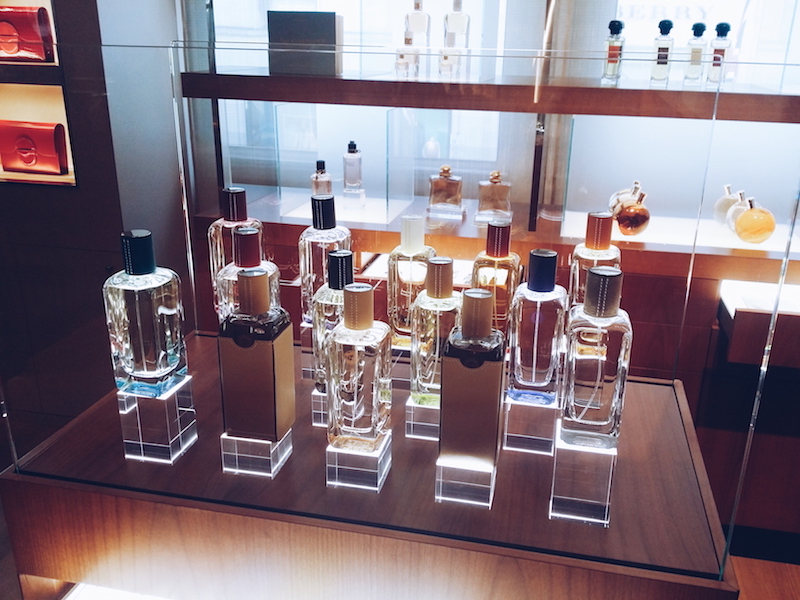 There are many ways to buy an Hermès fragrance. In department stores, at airports, online. But for the best experience, in keeping with the poetic Hermès approach, I’d recommend buying from an Hermès store. This way, you get personal service (hunt out the charming perfume ambassadors in Bond Street, and Sloane Street) and get to experience all the delightful little Hermès touches, of which of course, there are many. (Here’s one I experienced: when I tested the scents, they were sprayed onto an Hermès ribbon, which was then tied to my wrist. Fabulous, no?)

THE NOVELS
Firstly, the categories. Hermès thinks of its fragrance collection as a library, so the different ranges are described as novels, haikus and novellas. The novels are the classic fragrances – the Caleches, the Terre D’Hermèses, the 24, Faubourgs. They tell a brand story, inviting you to share in the history of the house and if you’re interested, you can learn what was created when, and why. In the Bond Street store, I picked up an amazing book, illustrated with watercolour paintings that tell the story of each scent. And of course, a lot goes into the design of the bottles. The best-selling Jour D’Hermès bottle (below) for example, was designed by Pierre Hardy and is supposed to resemble a jewel, an object that you’ll treasure.

For these, you can also buy refill atomisers from the store (and you could, if you wanted to – but of course you wouldn’t – put in non-Hermès fragrances). The idea is they’re refillable, so less wasteful, and you can have them engraved on the premises for a real keep-forever treat. 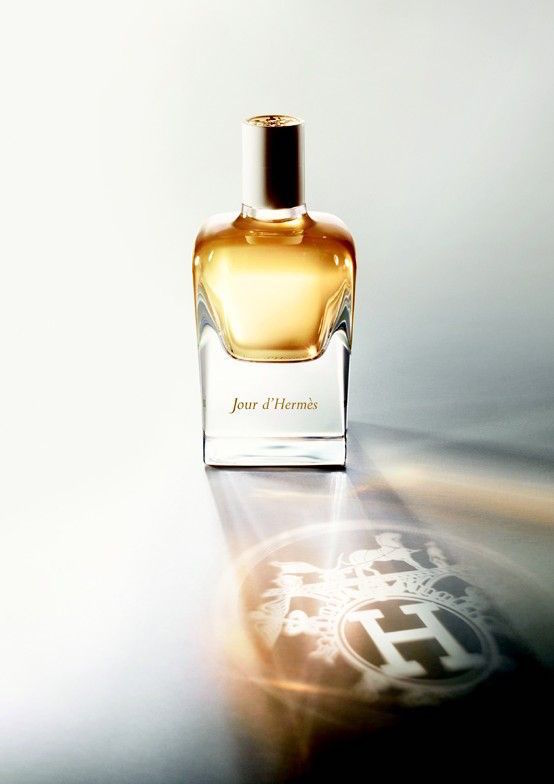 THE HAIKUS
The Hermès Hermessence line is only sold in Hermès stores and they’re considered olfactory ‘poems’, hence the ‘haiku’ comparison. The USP of the Hermessence fragrances is their unexpected dualities, pairing scents that you’d never think to put together. I smelled quite a few (seven or eight) and didn’t come across one I didn’t like. Brin de Reglisse I loved. (A licorice and lavender combo, I mean, who would think!). And Epice Marine transports you to a seaside village at the height of summer – salty, windy and warm. This month welcomes the newest Hermessence, Muguet Porcelaine (below). A unisex Lily of the Valley-based eau de toilette, it’s vibrant, cool and green and comes in the most stunning Kelly green packaging. It’s a bitter-sweet release though, as it’s the last Hermès creation from the magnificent in-house perfumer, Jean-Claude Ellena. 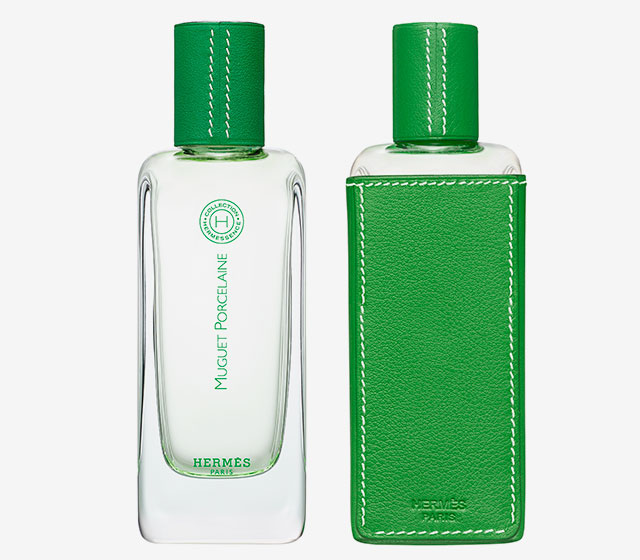 THE NOVELLAS
The ‘novellas’ are the colognes, my favourite of Hermès fragrances; extremely light, and wearable. These so-called short stories have “fewer characters and events” that appeal to both men and women. I don’t think I could pick a favourite. Eau de Pamplemousse Rose is possibly the most accessible; fruity with a faint suggestion of rose. Eau d’Orange Verte is the original cool and citrusy Hermès cologne, and OK, Eau de Gentiane Blanche is my current favourite – earthy and calm for our muggy summers.

THE GARDEN SCENTS
Aside from the library scents, the garden scents are tied to the yearly Hermès themes and tend to be location-based. Last year’s was Le Jardin de Monsieur Li, inspired by a stroll in a Chinese garden that reflected that year’s Flanneur theme perfectly.

HERMES LE BAIN
The newest addition to the Hermès scent family is Le Bain Hermès, to fulfill all your bathtime needs. There are elegant hair & body shower gels, as well as moisturising body balms and body lotions. All would make lovely gifts; they’re beautifully packaged as you’d expect. But it’s the soaps that are especially gift-worthy. In graphic wrappings that mimic the Hermès silk carre designs, they come in sets of three with the option to choose your own favourites and combine at will. As with everything Hermès, as much as functionality is revered, you’re ultimately buying a beautiful object. As such, you’ll almost have to force yourself to use these rather than keeping them for show.