A decade of Dover Street Market 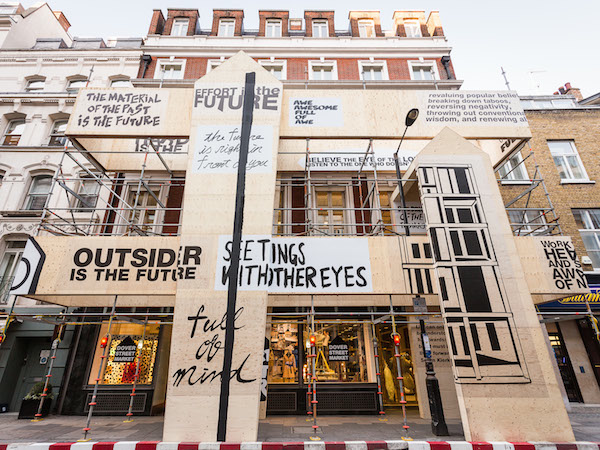 Oh, what a busy year it’s proving to be for London’s Dover Street Market. This month marks its tenth year and to celebrate it’s doing what it does best, collaborating with its fashion friends to create more retail excitement than ever.

Let’s not forget, when Dover Street Market opened in 2004 it was the first store of its kind, a weird and wonderful melange of mega-brands, just-emerging designers and street wear – ever changing and always unpredictable. Twice a year it operates its ‘tachiagari‘, shutting up shop for three days while it installs a completely new vision for the new season.

This year, following its tachiagari in July, it’s shaken things up again by adding a scattering of ‘market stalls’ (complete with striped awnings) selling DSM souvenirs to delight the store’s avid retail tourists. Vintage scarves are printed with DSM branding, as are jaunty mugs and metal lunchboxes at around £20 a pop, not to mention the nylon teddy bears that fold out into a natty tote bag. 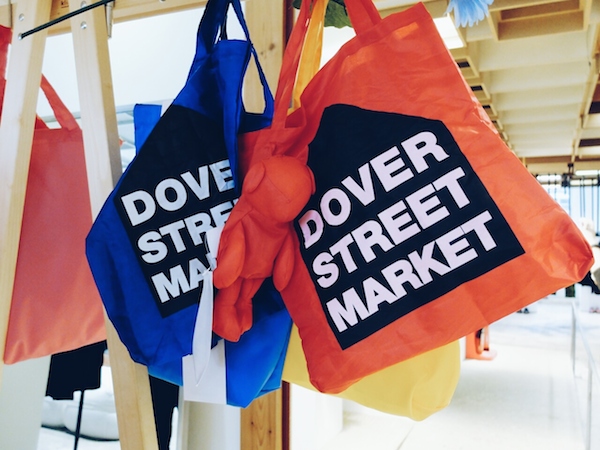 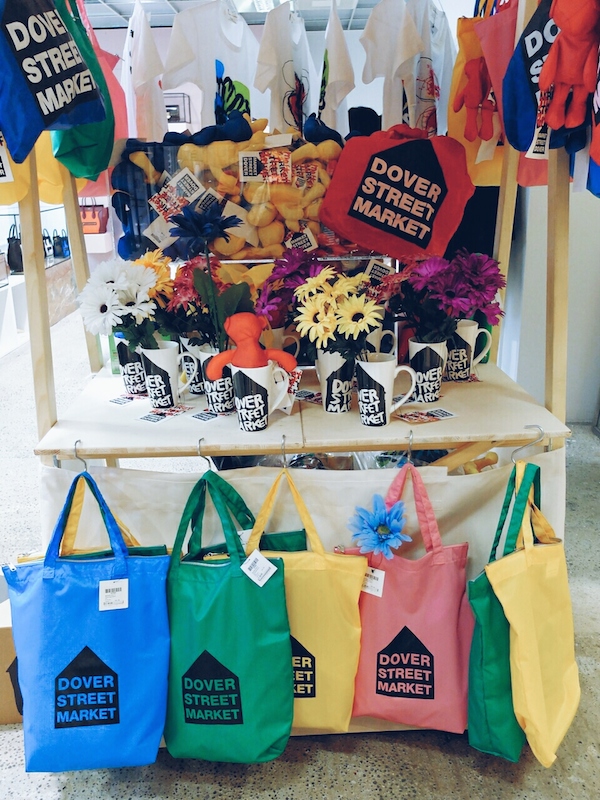 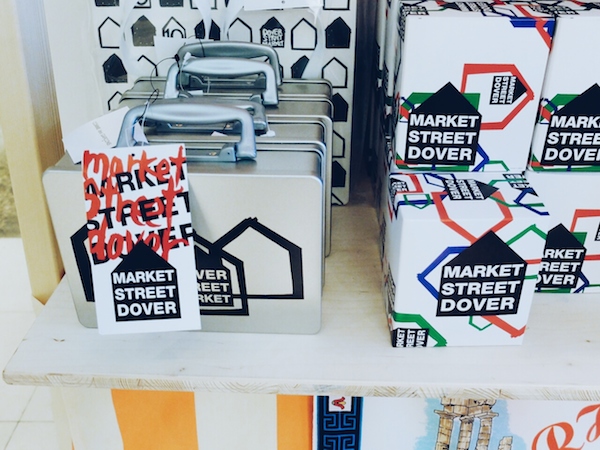 As always, Dover Street Market champions the old, the brave and the new. Louis Vuitton has just opened its first London pop-up selling key catwalk pieces from Nicolas Ghesquiere’s AW14 collection. Meanwhile, Loewe and its new branding are here, selling the SS15 collection now in the very modern way we now expect from Jonathan Anderson. Simone Rocha and Sacai are rapidly growing their presence and in the basement, it’s street wear heaven with Palace’s skatewear, a NikeLab space and a rail heaving with Gosha Rubchinskiy goodness. Also in the basement, I  discovered a UK outpost of Japan’s Good Design Store taking up a big chunk of space. Here I was in functional Muji-style heaven, lapping up the household blankets, hardware and normcore kitchenalia that I have an unexplained fetish for. 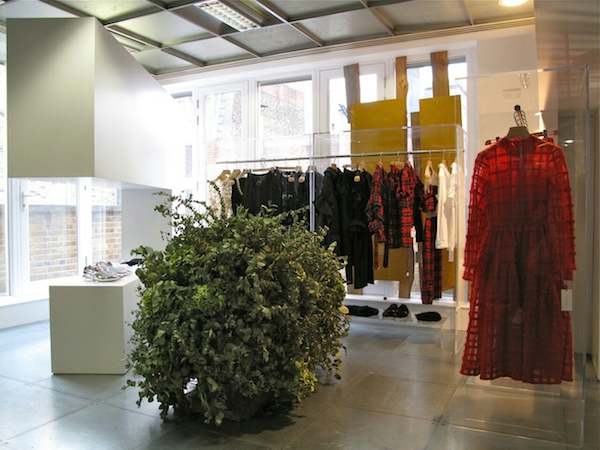 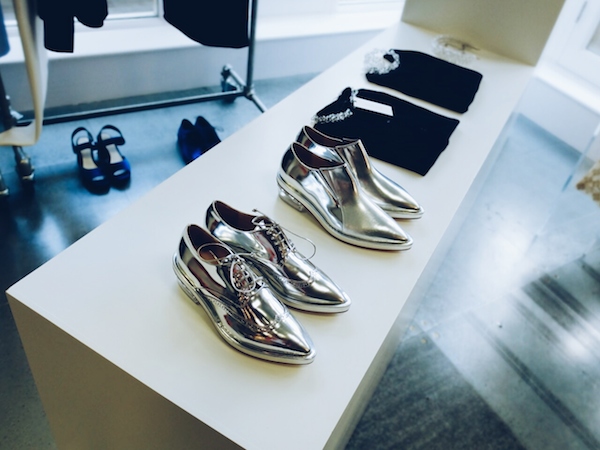 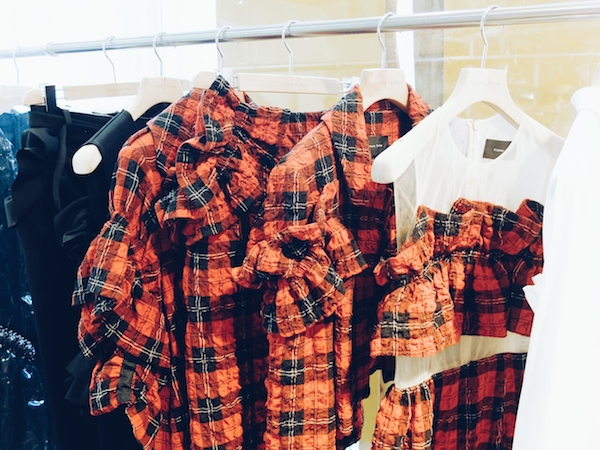 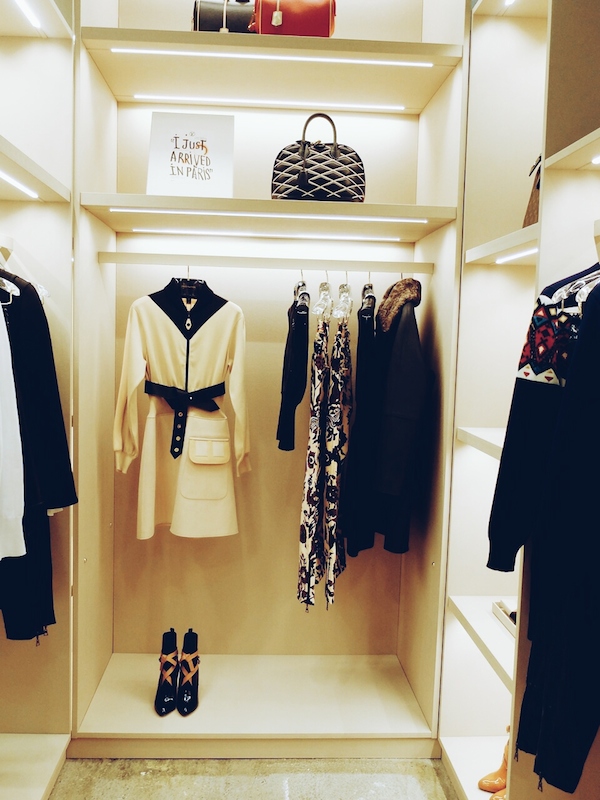 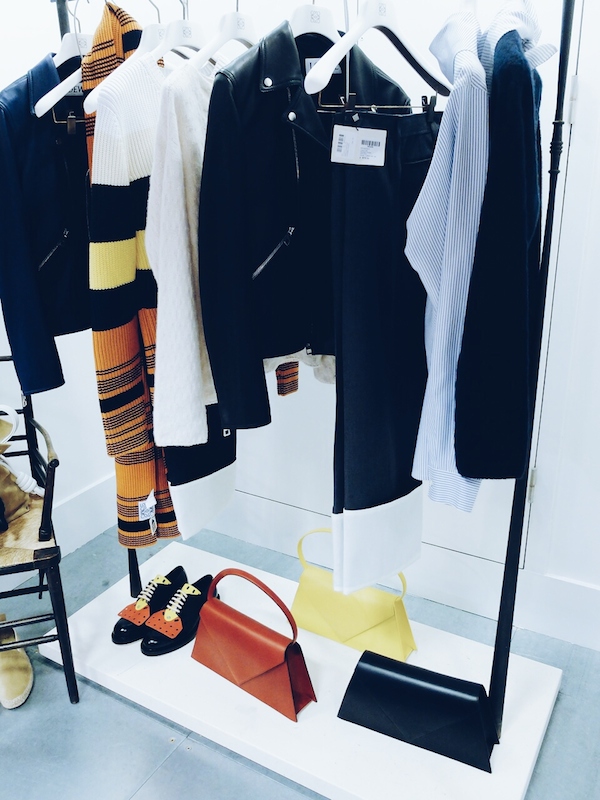 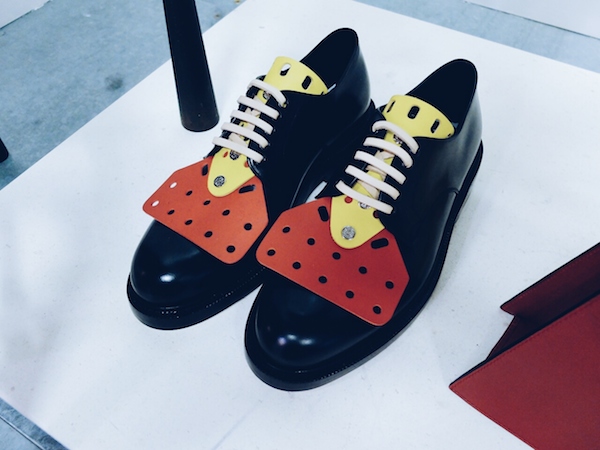 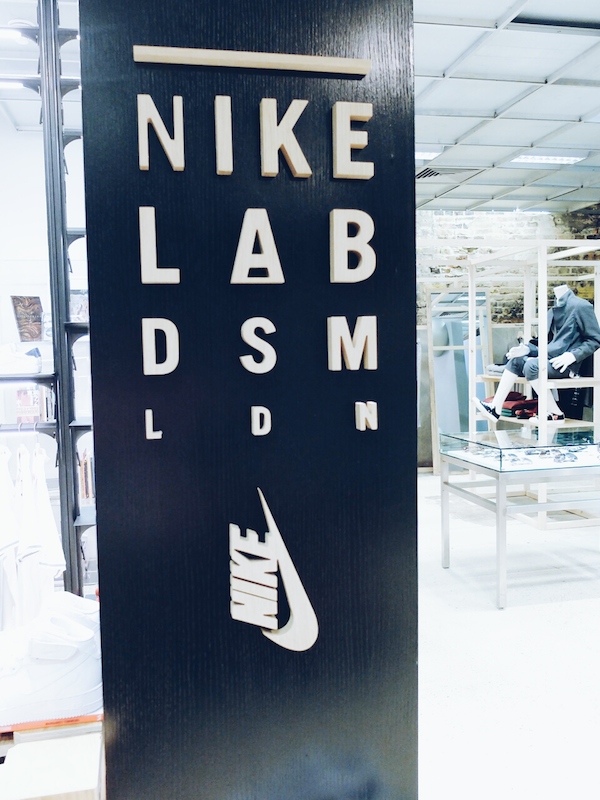 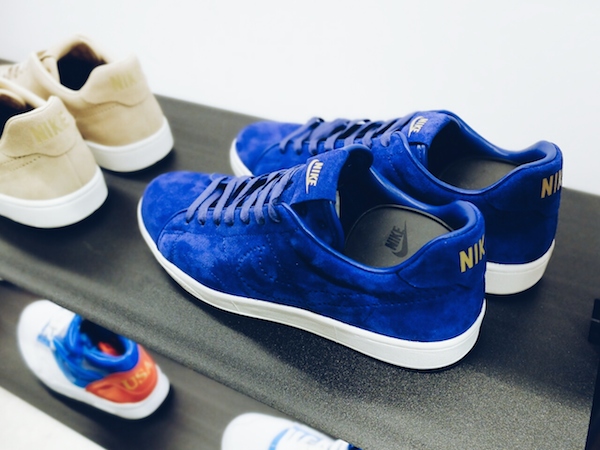 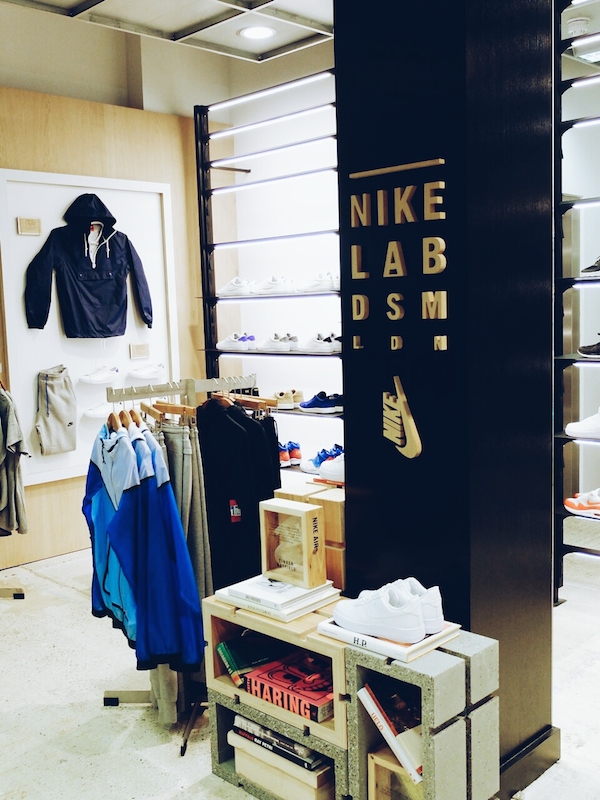 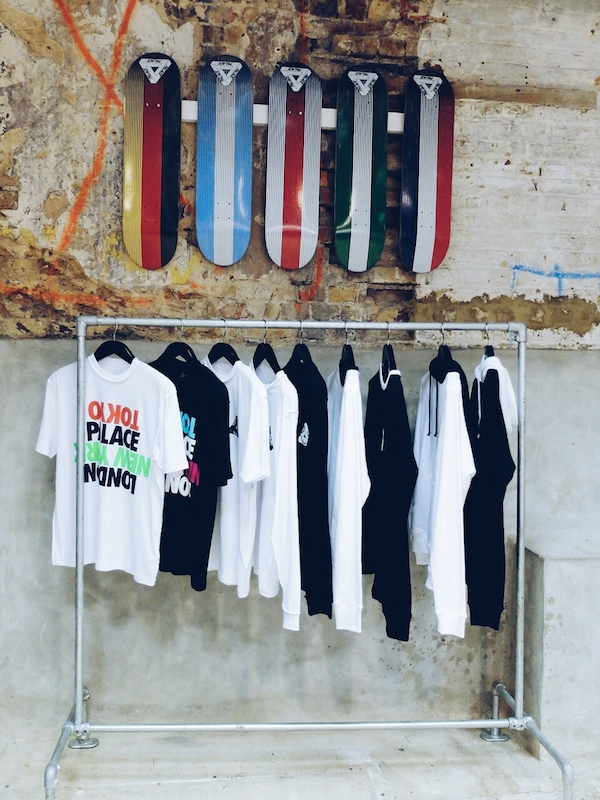 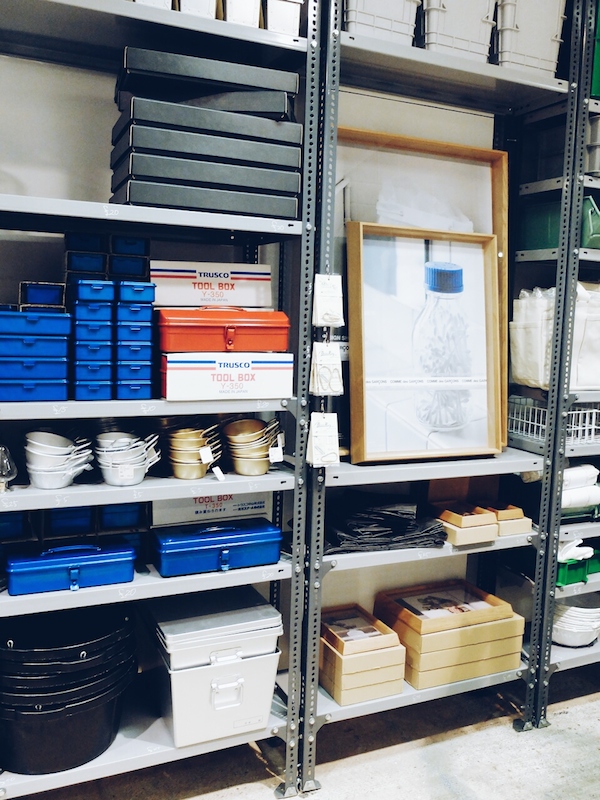 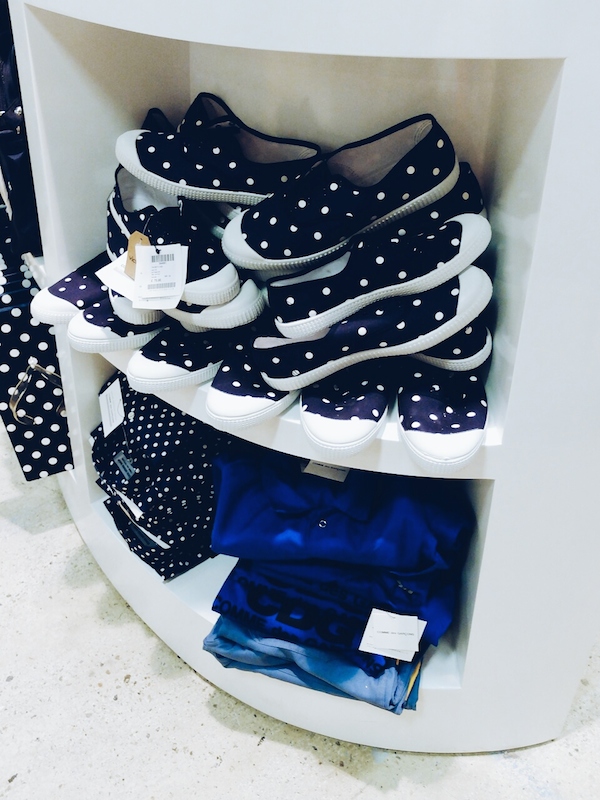 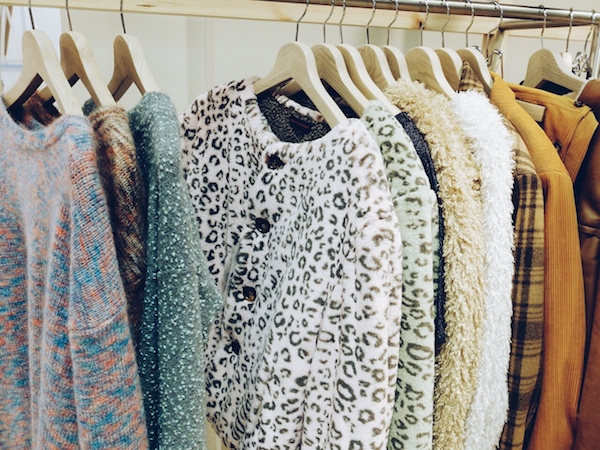 Dover Street Market specialises in a healthy dose of idiosyncracy. I love its tardis-like changing cubicles – in particular, Peter Blake’s collaged one. It’s no surprise that DSM is popular with the art crowd, but who knew that Frieze week (coming 15th October) is the store’s biggest week of the year sales-wise?

This is an interesting time for Dover Street Market. So much has changed in ten years, including the growth of what’s called omni-channel retail, in which online and offline coexist in equal measures. DSM hasn’t done much online thus far. Its ecommerce presence is minimal and the news feed on the Dover Street Market website is functional but basic. That’s to change a little as the store dips its toe in the Instagram pool. (Incidentally, @adrianjoffe is on Insta too, although somehow I don’t imagine we’ll see any selfies with Rei.) Physical retail is still the big draw though, which might explain the crazy new facade that some mistook for construction work when it first went up. Jutting out onto the pavement, the store facade is almost asserting its physicality, making as big a statement with its exterior as the delightful contents on the interior. 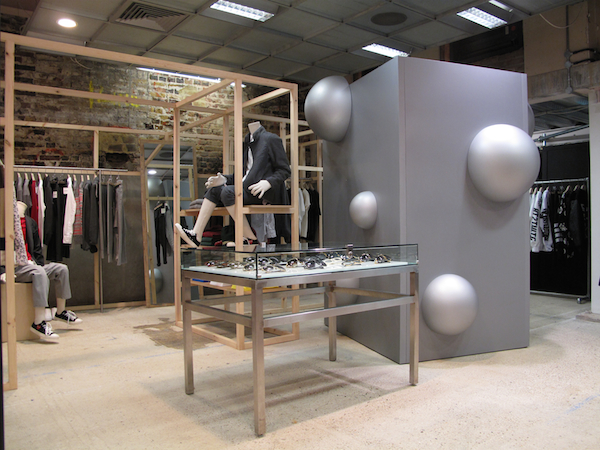 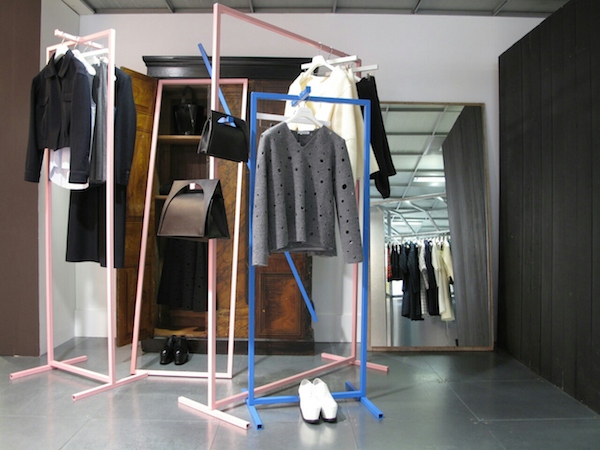 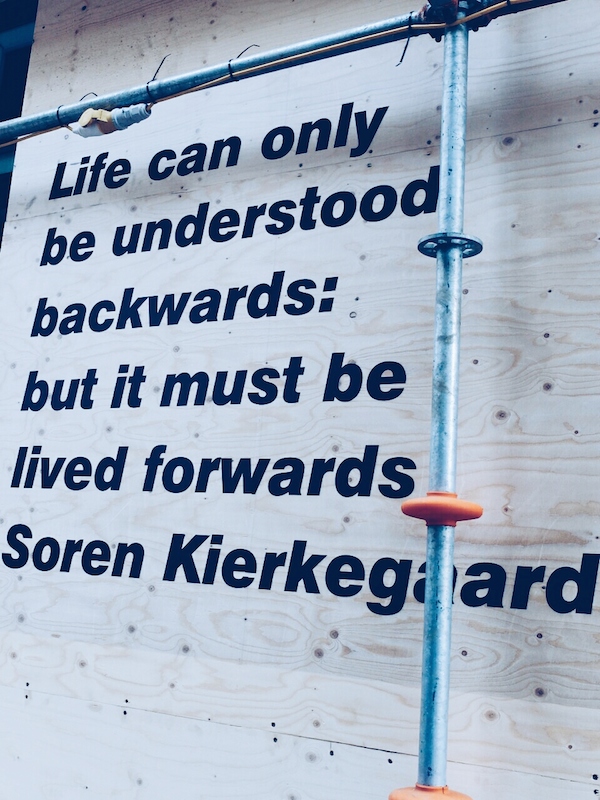 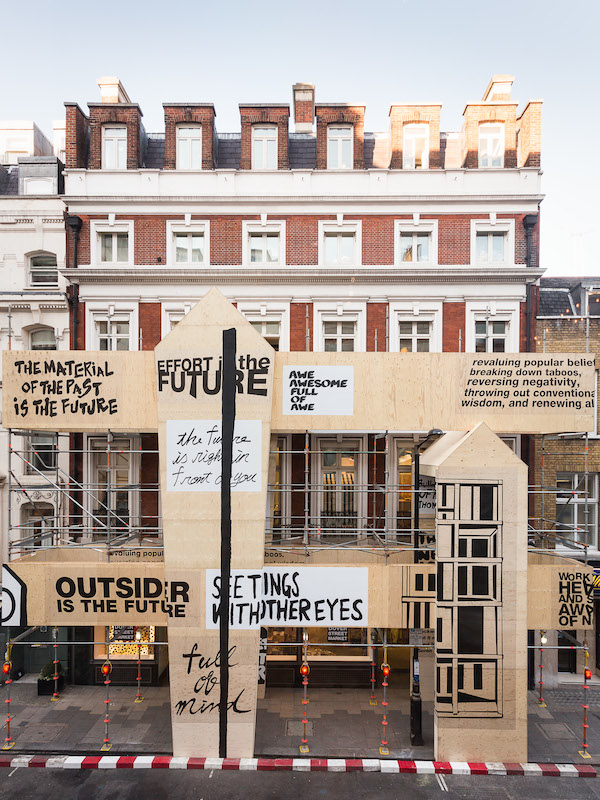 To make the in-store experience even more of an event, this Wednesday sees an all-day open house with designers dropping in to mingle with anyone and everyone who stops by. It’s a good opportunity to meet some of our greatest visionary talent (and hopefully splash out on their wares).

But if you can’t afford the deluxe offerings from Vuitton and Comme, don’t leave empty handed. At least be sure to leave with your very own DSM commemorative mug.