Oh looky, the final video is up! You can get a proper look at all our projects, from Emily and Jessica’s bell-watch-ring creation, to Susie and Maarten’s fab frilly shirting, to mine and Shaun’s devore extravanganza…

The comments from the designers in this video are quite insightful as I really only saw this whole project from my own point of view. I guess when you’re starting out on your own as an independent designer it is a bit isolating, especially going from the security of education where you have your tutors’ and peers’ support and feedback to having to find your own way and trust your own instincts and judgement.

That said, these guys are all doing pretty damn well. I can’t reveal much here because it’s not my story to tell, but my collaborator Shaun Samson did give me some hints of interested buyers and brands who are either hoping to stock his collection or work with him in other ways. There were definitely some impressive names and I’ll be watching his progress in 2012 very closely indeed… 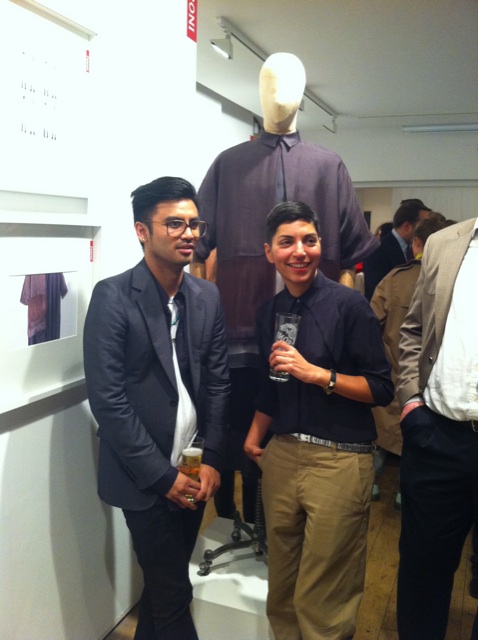 Last week saw the unveiling of the final pieces from my Peroni Collaborazioni project. Jessica De Lotz’s bicycle bell ring/bracelet was beautifully quirky and it turns out both Maarten van der Horst and Shaun Samson made long, labour-intensive shirts – although they couldn’t have been more different. END_OF_DOCUMENT_TOKEN_TO_BE_REPLACED

On collaboration and the creative process 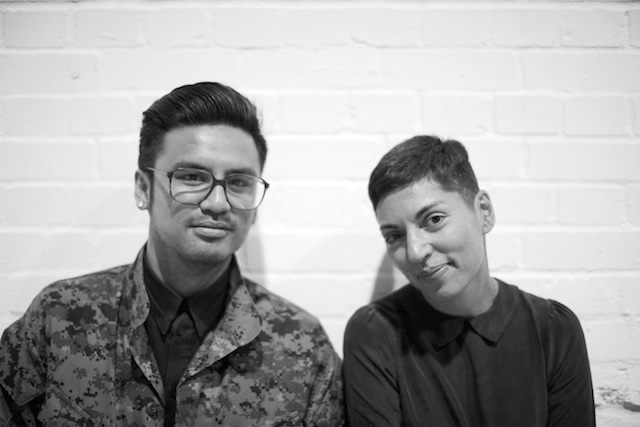 Having never designed anything before (because, hello, I’m not a designer) or even worked on a designer collaboration, it has been a truly fascinating experience working with Shaun Samson on Peroni Collaborazioni.

To recap, this project began back in the summer when Peroni approached me (along with Susie Bubble and Emily from Fashion Foie Gras) to take part in this project where we would each design a unique piece that represented a new vision of Italian style together with our choice of emerging designer. When I put Shaun Samson’s name on the shortlist, I really wanted him to say yes but actually expected him to say no. The recently graduated MA designer had already won the highly coveted International Talent Support Prize in Trieste, wowed the press with his accomplished graduate collection and was down on the LFW schedule for the SS12 Man show in September. So why would he want to overload his to-do list by collaborating with someone he had never heard of?

Ah but he did say yes and so we embarked on this journey together. What has been most rewarding is witnessing a designer’s process. Unlike many creatives, Shaun doesn’t work much with visual references, he prefers the hands-on approach, playing with materials, techniques and chemicals to create his own fabrics. For our project, he has literally worked through the night experimenting before doing a day’s filming where we’d bat ideas back and forth and make decisions. And what drives him is the creativity and curiosity of the process itself which is a joy to experience. Through our meetings, phone chats and texts, I have also witnessed the reality of a young emerging designer who has to constantly juggle shows, shoots, showroom appointments, trade shows, orders, balance sheets, interviews and on and on, pretty much single handedly – although of course with friends, mentors and interns chipping in. So this journey has been enlightening not just from the point of view of how something gets designed (let me be clear, I have not picked up a single pin or thread, all the physical work has been Shaun’s) but how one keeps everything else ticking along as well.

This evening will see the culmination of the nine week Peroni Collaborazioni project (see Susie’s here and Emily’s here) as all our finished pieces are unveiled to a gathering of guests. Until then, I will leave you with this video that shows a final glimpse of the work in progress,  including Shaun’s awesome nine-layered fabric…

By the way, if you’re interested in Italian style as a subject (and as I mentioned in a previous post, Italian style is totally having a moment right now), this Guardian webchat by Anna Battista is well worth a read, especially the comments on Italian manufacturing … 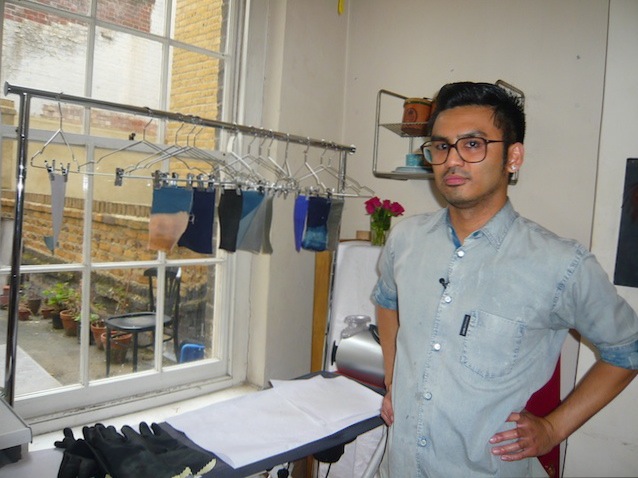 Peroni Collaborazioni update. We have just eight days until hand-in, My esteemed collaborator Shaun Samson is currently out of town juggling other commitments, and I have a jam-packed week ahead. Oh and then there’s the small matter of how are we going to display our final piece at the showcase event on November 3rd? Ha, no pressure then. END_OF_DOCUMENT_TOKEN_TO_BE_REPLACED