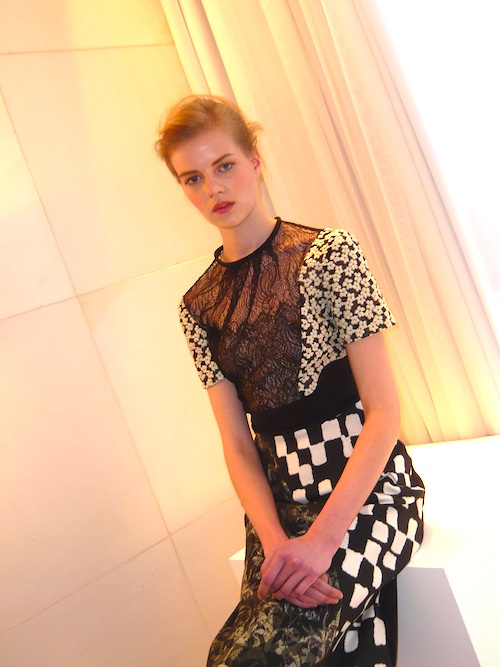 Day one of London Fashion week is traditionally a bit of a soft launch but in reality yesterday was as busy as I have ever seen it. Clearly the days of the privileged few having exclusive access to the shows are over and you know what? It’s all for the good of the industry. London Fashion Week sponsor Topshop, enterprising as ever, chose yesterday to launch its latest designer collaborations – the nine-piece Mary Katrantzou collection (which is sold out already) and the 20-piece ‘NewGen 10’ T-shirt collection. As well as exhibiting the NewGen 10 tees inside Somerset House, the tees were on sale from a van in the courtyard attracting a steady stream of customers throughout the day. The cumulative effect of press, buyers, bloggers, students and liggers thronging through Somerset House and spreading the word via their various media/social media channels and just their own spending power is helping London to position itself right at the peak of the global fashion system. We’re in a really interesting transitional time in which the trade show is becoming more of a consumer show and we’re all figuring out how to navigate this.

My highlights include Orla Kiely’s tea dance presentation, Piers Atkinson’s animal-themed cocktail hats, new discoveries Hiroko Nakajima (pop-art knitwear) and Timur Kim (deconstructed denim) at Central St Martins’ degree show and the O Magazine party at the Shop At Bluebird hosted by Caroline Issa. I also had the pleasure of meeting Paula Martins from Brazilian blog Look Of The Day. Paula is one of the 25 Brazilian bloggers here with blog collective F*Hits and had already been in London for two days being schmoozed by power brands like Netaporter and Burberry. Big up the bloggers! 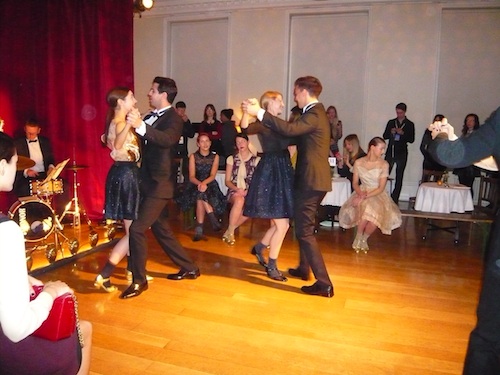 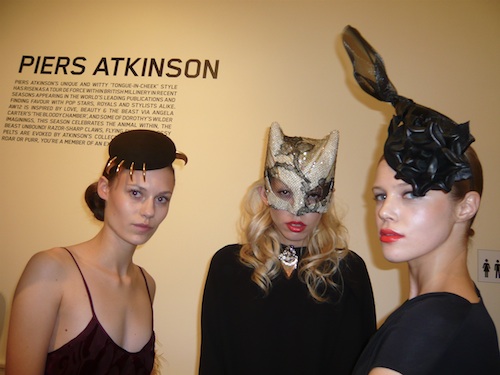 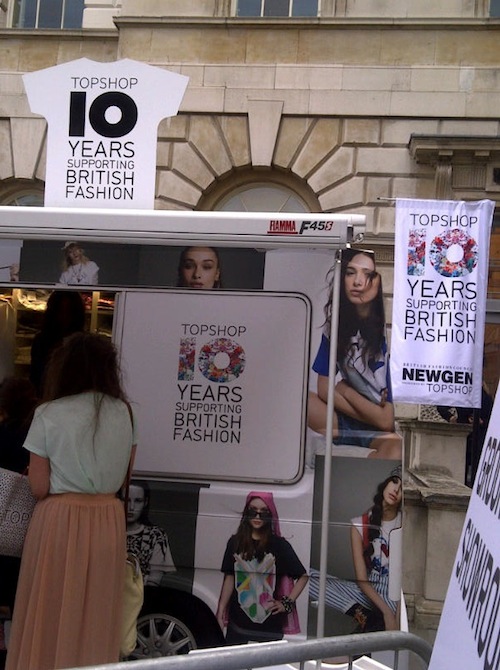 Spotted: someone is wearing my favourite Bella Freud sweater! 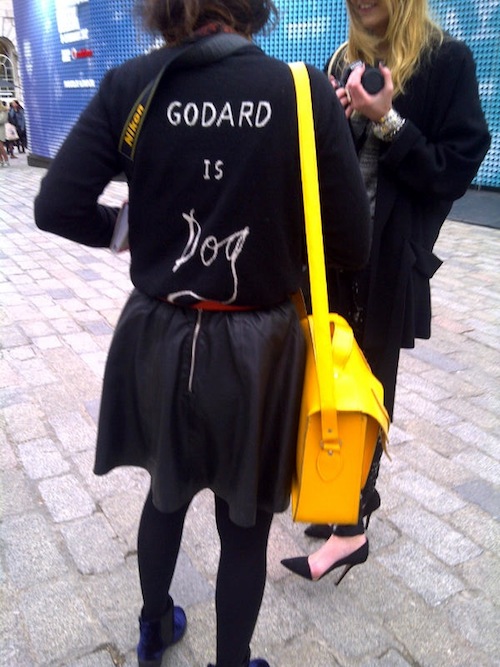 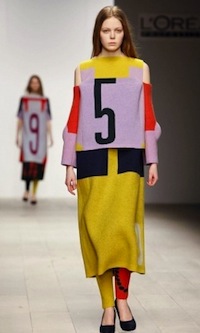 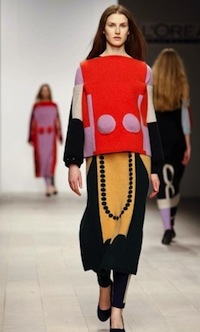 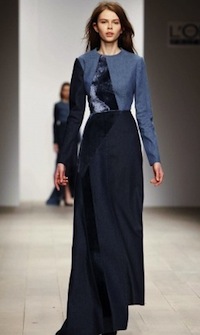 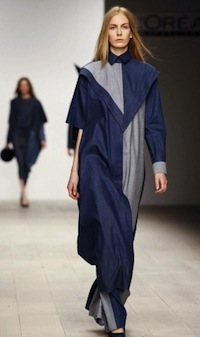 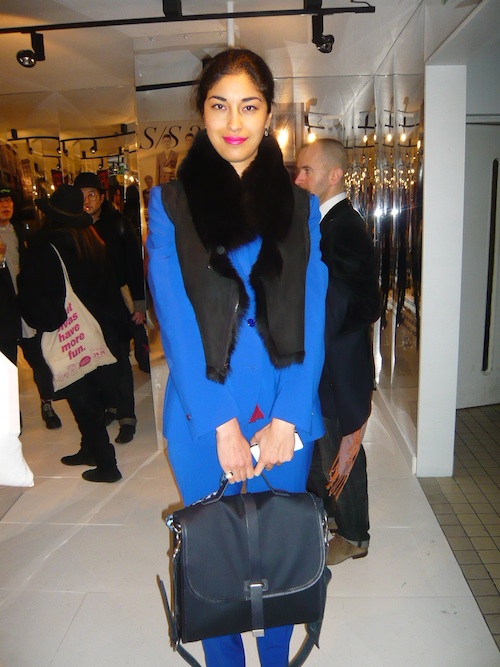 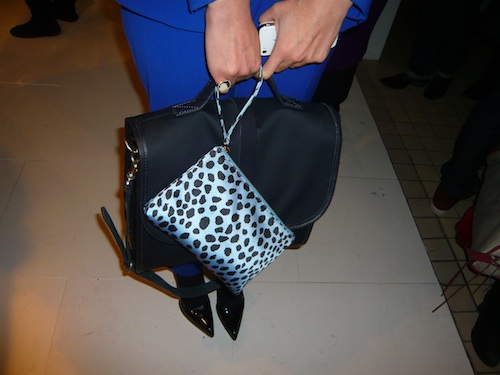 O Magazine comes with tomorrow’s Observer and I won’t spoil the surprise except to say the men’s and women’s issues have been mashed up together and there are feature profiles of Katie Hillier, Kay Montano and Shona Heath AKA three of my favourite creatives 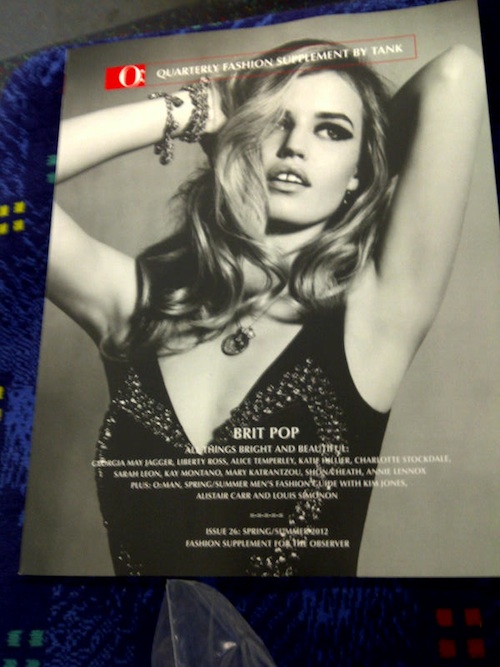 It was also a real treat to get a close look at Preen’s New York Fashion Week runway collection inspired by Beatrix Potter, botanical illustrations, abstract expressionism and couture shapes, according to designer Justin Thornton. Two of the strongest recurring themes recently have been peplums and multi-layered textures and both were represented here with crepe tailoring and rich texture-clashing (e.g. floral under chiffon under sequin and chain) inspired by Victorian scrapbooks. By the way, Preen has just been confirmed for this year’s British Designers Collective at Bicester Village (opening 21st March) so if this is making you drool, mark the date on your iCal for a chance to nab a signature Preen piece or two. 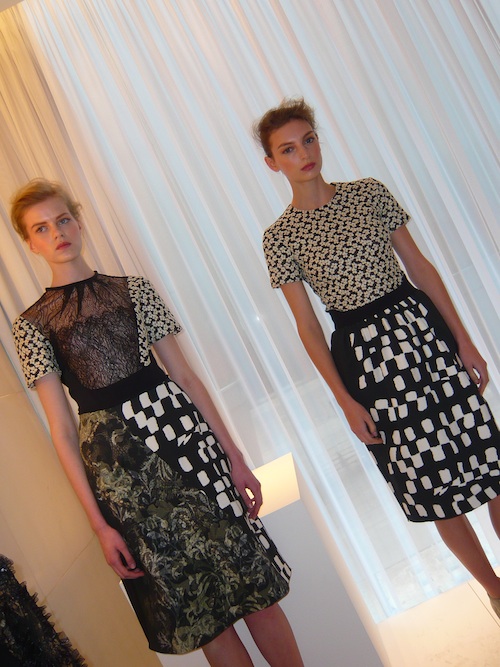 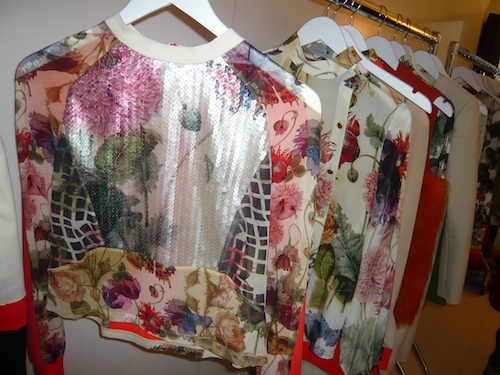 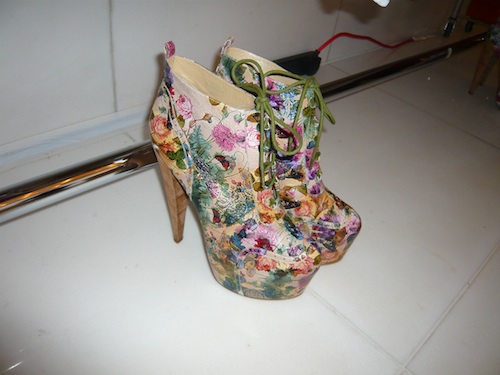