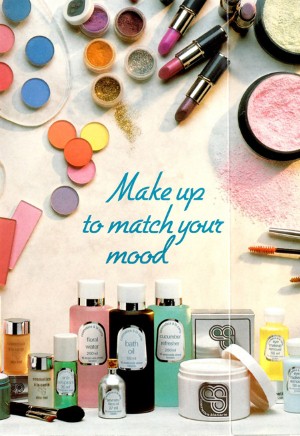 COSMETICS A LA CARTE COLOUR AND CULTURE EXHIBITION
This is turning out to be an exciting month for beauty. I would love to make it to the Chanel no5 exhibition in Paris but frankly, that ain’t gonna happen. More achievable is the Cosmetics A La Carte ‘Colour And Culture’ exhibition next week at 50 Redchurch Street E2. Celebrating forty years of the specialist cosmetics company (I’ve always wanted one of their custom-made foundations), the exhibition is only on for five days (22-26 May, 10-6pm) so rearrange that diary and schedule it in! 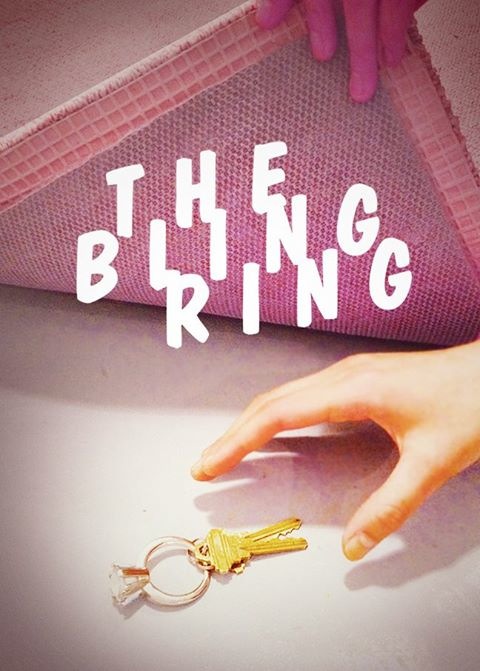 BEAUTY SECRETS OF THE BLING RING
Next month sees the release of The Bling Ring which has just premiered at Cannes. Style.com ran this great interview with the film’s lead make-up artist Roz Music, which reveals the fascinating process of researching beauty for movies. I like the story of Sofia Coppola wanting a specific shade of Chanel lipstick for one of the characters that was out of circulation (well it would be, wouldn’t it). Music had to track down the ‘Kensington’ lipstick in Paris but she should have just asked me, I have a spare right here! Watch the trailer for The Bling Ring below… 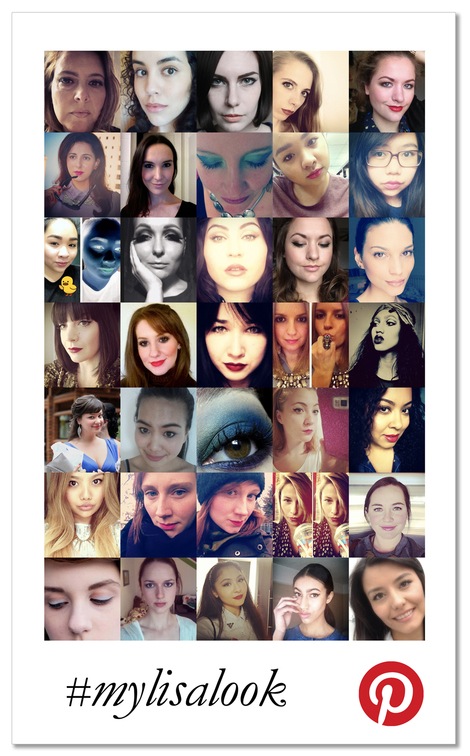 LISA ELDRIDGE’S #MYLISALOOK PINTEREST BOARD
I posted yesterday about Pinterest’s UK push but I’ve just discovered this. Lisa Eldridge has created a new Pinterest board to support Pinterest’s UK ‘Pin It Forward’ campaign and it’s absolutely genius. Eldridge invites her fans (and she has a lot) to send her pictures of their recreated looks from her beaut-orial videos which she then adds to the board Your Lisa Eldridge Looks. Now that’s what I call an ‘inspiration board’! Each pin then links to the original video, sending traffic to her Youtube channel. What a clever, creative and thoroughly engaging way to connect with your following. 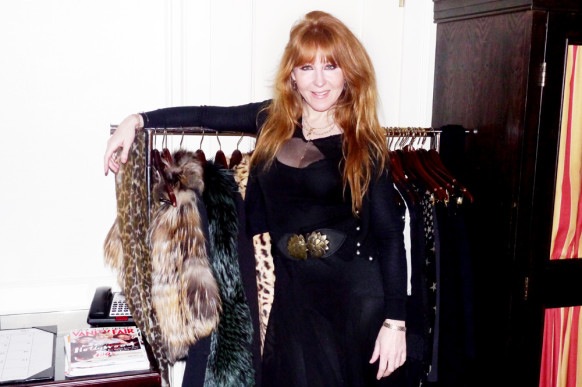 Charlotte Tilbury’s House of Rock’n’Kohl comes to Selfridges
Another A-list make-up artist, Charlotte Tilbury is stirring things up at Selfridges. Selfridges is proving to be a leader in experiential retail and naturally, has spotted the ‘fashionisation’ of beauty. So next month (June 17th-23rd) it’s launching a week-long event with Tilbury where the influential makeup artist will host makeovers and panel discussions to look at beauty ‘in a broader cultural and social context’ (according to WWD). Plus, of course there will be an Eye Flick Bar from the queen of the statement eye.

Into The Gloss just ran one of their fab beauty profiles on Tilbury in which the main point that everyone jumped on was that Tilbury wears her make-up in bed. (Yes way!) “If I’m on my own, I won’t sleep in it, but my husband has never seen me without makeup,” says Tilbury. “At night, I take everything off my face and moisturise — because you have to let your skin breathe a bit — but then I put everything right back on again: a little under-eye brightener, then the eye goes back on, and maybe a little tint on the cheeks. My mother said to me, ‘You always have to keep the mystery alive…” 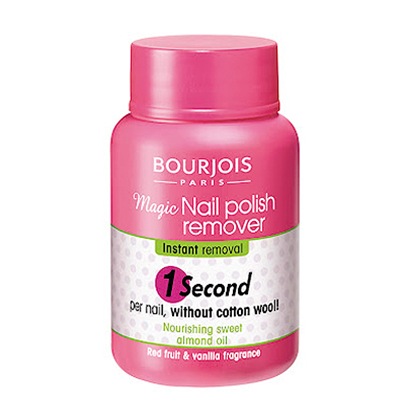 BOURGEOUS MAGIC NAIL POLISH REMOVER
Wow, how good is Bourjois Magic Nail Polish Remover? It makes doing my nails so much less of a chore. Just stick each nail into the bottle, twist left and right and done. Easy! 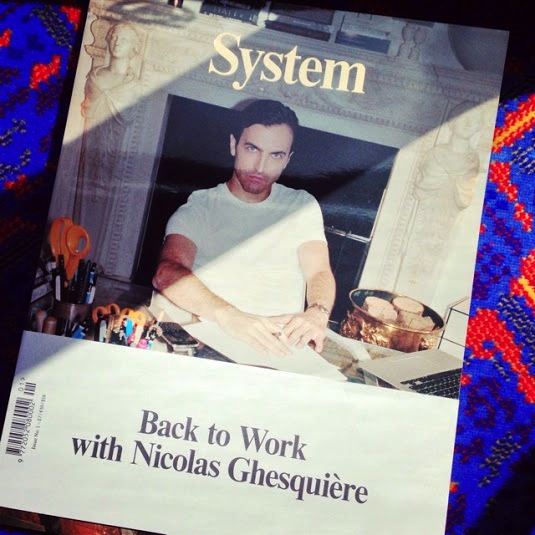 JEAN-LOUIS SEBAGH ON BOTOX, EXERCISE AND RUSSIANS
I’ve only just started reading System, the new magazine that celebrates fashion industry insiders and the workings of the business. For some reason I started with the interview with Pat McGrath and ‘Botox king’ Jean-Louis Sebagh. The first half is quite annoying as I keep reading stuff about people ‘needing Botox’. Please, nobody needs Botox! The second half is more interesting. Sebagh is dead against jogging as a form of exercise as he thinks it traumatises the skin by shaking out all the padding. On the subject of facial exercises he says, “the only exercise you should be doing is smiling all the time, if you can. And chewing.” Amen!

Sebagh also talks about why Russian women don’t respond to Botox. It’s quite an interesting theory. He says, “Botox is derived from the botulinum toxin which is food poisoning. During the cold war, the Russians had very few food supplies, so they used to receive expired cans of food from Europe. They used to eat out-of-date food, so they must have had a lot of food poisoning and become immune to the botulinum toxin. You can inject 10 bottles and they won’t react. Nothing!” Who knew?

I also can’t resist posting this 1990 photo of model Amanda Cazalet from System’s interview with art director Marc Ascoli. Look at that profile… 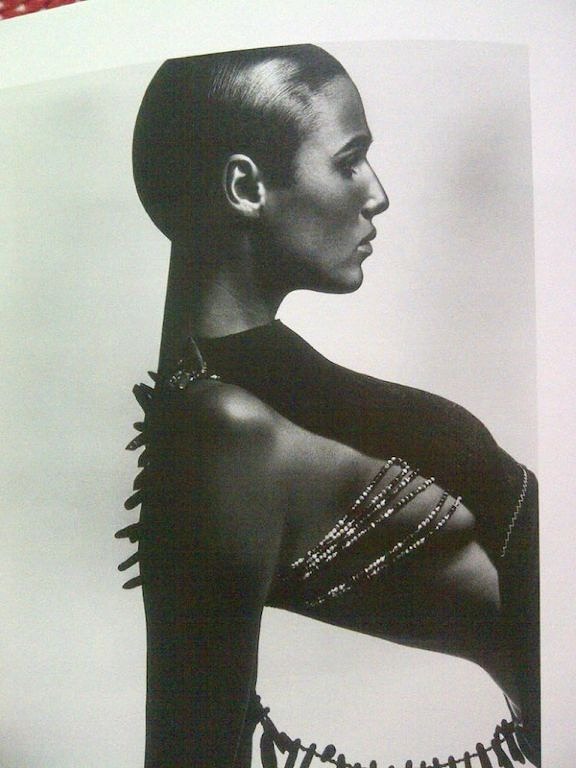 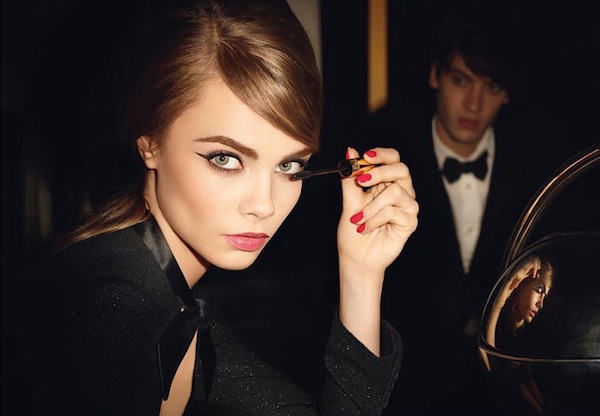 YSL BABYDOLL MASCARA
Finally, YSL has just launched its Baby Doll mascara which has had rave reviews from the bloggersphere. I’m not really a mascara obsessive, I’m quite happy with the subtle effect I get from my Clinique Naturally Glossy mascara, but I’ve given this a go and the effect is quite lovely for more dramatic coverage. Oh and the fragrance is delicious. Here’s a video YSL has released with Cara Delevingne whipping her hair and cavorting around the streets of Paris (there are high heels and skateboards involved). Ah youth…