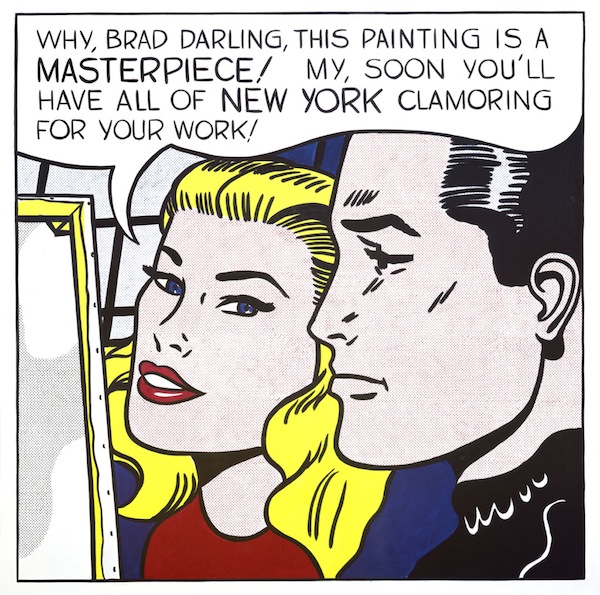 Yikes, where is the time going? This week is the last chance to see Lichtenstein – A Retrospective at Tate Modern and I managed to get my eye in fashionably late last week. If you love his classic dot artworks, this is a chance to see them in huge scale which is really not to be missed. Most people are familiar with the War and Romance era, the comic-book style ‘WHAMM!’s and melodramatic close-ups of women in distress. Less familiar for me were the mid-70s Artist’s Studios compositions – fictional studios featuring his own pictures hung on walls as well as a nod to Matisse’s The Dance. By this point in Lichtenstein’s career, his painting style was well established and widely referenced in mainstream culture, so this appropriation of his own work was his wry commentary on that. 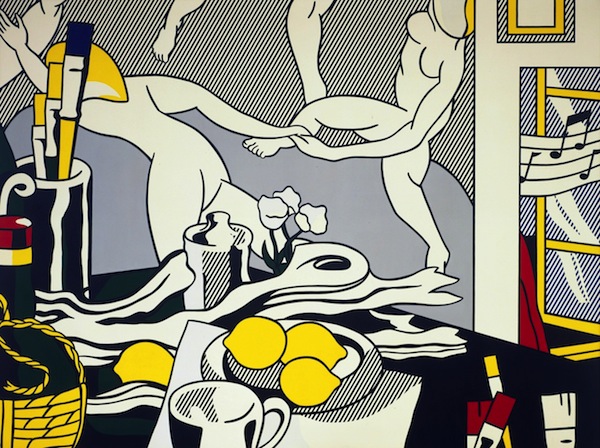 It’s interesting studying the technicalities of some of these paintings up close. In a lot of cases the pencil marks are clearly visible; it’s nice to see the imperfections of such immaculately executed pieces. The exhibition begins with Lichtenstein’s early, controlled brushstroke works and finishes with a group of 1996 paintings called ‘obliterating brushstrokes’. These loose strokes are juxtaposed with his ‘pop’ lines and dots, they’re much smaller than his better known illustrative pieces but have just as much impact. I couldn’t tear myself away. 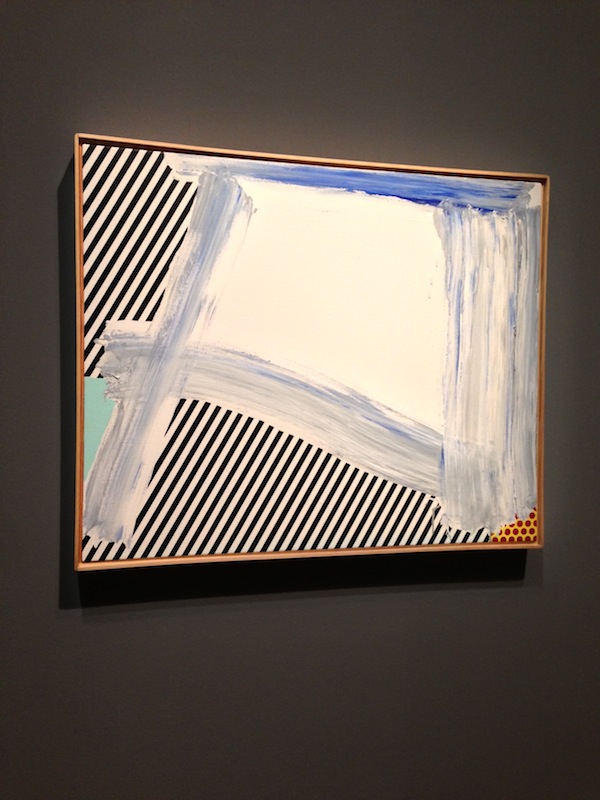 For some reason I was under the impression we would get to see lots of prep drawings, sketch books and the like. Maybe it was simply wishful thinking. These days everyone is so much more interested in the process – I guess we want to see the ‘magic’ in action. (Of course we never do.) But apart from a handful of prep sketches and some original comic artwork, there was little additional material. No matter, after the exhibition, I bought a copy of Roy Lichtenstein In His Studio, an insightful photography study by Laurie Lambrecht that scratches the itch of seeing the artist at work.

In other Tate news, I’ve been reacquainting myself with the brilliance of Matisse’s cutouts in preparation for a huge Tate Modern respospective next year. This will focus on his later works, when he would ‘paint with scissors’ by cutting straight into the colour to make his incredible large scale masterpieces. The exhibition is scheduled for Spring 2014.

LICHTENSTEIN – A RETROSPECTIVE IS AT TATE MODERN UNTIL 27TH MAY