EXCLUSIVE*: Alexander Lewis Resort 2016 – the woman, the situation, the mood 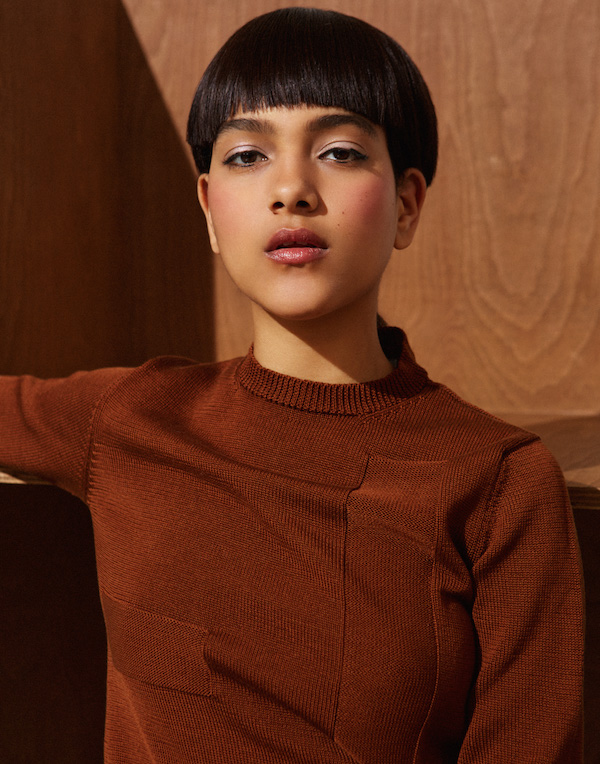 All of Alexander Lewis’s passions collide this week with the unveiling of his Resort 2016 collection. The half-Brazilian, London-based designer, whose collections are based on envisaging a situation for his women and building a narrative and collection around that, has always focused on pre-collections. But as we all know, the so-called in-between season has recently flourished into the most important money-making season on the calendar.

For Resort 2016, Alexander Lewis imagines his muse in a sophisticated Sao Paulo setting, getting dressed for an evening with her girlfriends, having taken a dance class with voguing duo Aya Sato and Bambi. Fashion-wise, that translates to sheer, tactile layers, cutaway details and abstract prints that evoke lush greenery, wood textures and the iridescence of sunlight bouncing off the ocean. It’s a mix of tailored pieces (Lewis trained on Savile Row) with softer, draped cuts that have an athletic fluidity. And that comes from a personal interest as well as his Brazilian heritage. “I love dance and I love to go to dance classes,” says Lewis. “Also my first collection was about Bahia beach and this being my tenth collection, I wanted to revisit the original meaning of Resort.” Hence a definitely sexy body consciousness that also – what a coincidence! – aligns seamlessly with next year’s Rio Olympics.

Lewis’s personal passions of Brazil, movement and beach resorts spill over into his affinity for technical experimentation. The tailoring is always impressive and there’s always a good knit or two to discover. “For Resort 2016 we’ve developed a cloth manipulation embroidery technique, it’s a process for me to develop,” says Lewis who also points out a patchworked skirt with overlapping layers sewn together by hand. It all sounds quite labour-intensive, plus the collection itself is growing too. “That’s partly because pre-collections have become much bigger generally with all the big brands showing. But having done this for three years, I’m developing anyway and I always want to add in something new,” he says.

With that comes the challenge of keeping up with the business requirements. With pre-collections come look books, press presentations, social media campaigns and all the PR activity that goes with that. But Lewis is a social media native; we first became aware of each other on Twitter in 2009. Today Instagram is the dominant visual platform, but (with the introduction of the Buy button) Pinterest is increasingly becoming an important traffic driver for fashion.

For this collection, Alexander Lewis is doing something different and creative. Alongside the look book shoot, photographer Piczo has shot an evocative selection of ‘mood’ pictures to help transport us to the world of his glamorous ‘Paulistano‘. The architecture, landscape and bold energy are reflected in the shots, which I’m publishing exclusively on my Pinterest today, in effect using Pinterest as an editorial platform to tell the Alexander Lewis Resort 2016 story. Tomorrow, I’ll publish all the look book images on Pinterest, so do make sure to head over to get the full picture.

*THIS SHOOT WAS PRODUCED IN PARTNERSHIP WITH ALEXANDER LEWIS*