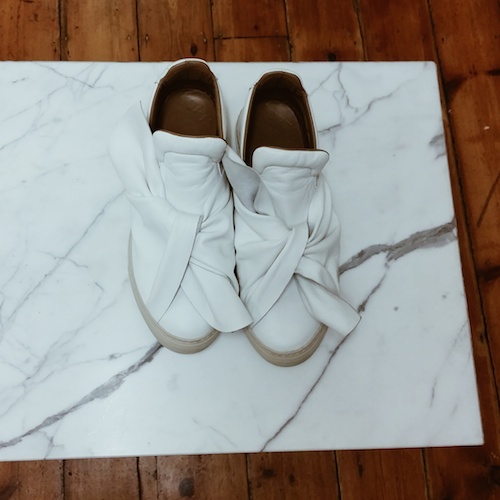 I was invited to the Ports 1961 press day last week to see the debut womenswear collection by new creative director Natasa Cagalj. The brand is undergoing a bit of a reinvention thanks to Cagalj, who is set on delivering wearable, adaptable wardrobe solutions for women. She’s doing this with fantastic coats, jackets and shirts that have a little bit of masculinity in their tailored construction but not too much. I also loved her styling. She has paired these cool, intelligent pieces with idiosyncratic footwear and hats, such as the knotty skate shoes (‘a nod to Romeo Gigli’) above. These early prototype samples got a lot of love on my Instagram. 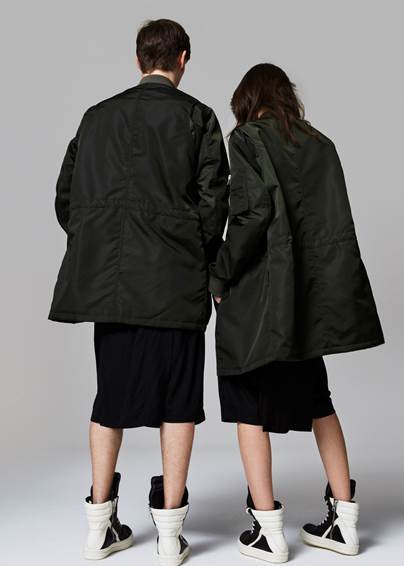 So the Selfridges ‘Agender’ effect is seeping through to other areas of retail already. Ecommerce site, The Corner has announced that from June it will incorporate a gender-neutral section on its site. Called “No Gender”, it will sell non-gender-specific pieces from brands including Rick Owens, Rad Hourani, Hood by Air and Ann Demeulemeester.

3. FAUSTINE STEINMETZ AND MARQUES’ALMEIDA IN LINE FOR LVMH FASHION PRIZE 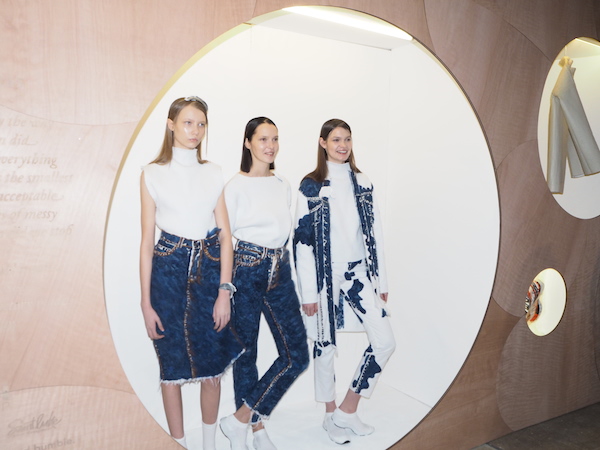 Major news from the LVMH Young Fashion Designer Prize. London has scored very well with three out of eight candidates in the final lineup (why does this feel like Eurovision?!). Congrats to Faustine Steinmetz (above), Marques’Almeida and Craig Green, whose singular visions, creativity and business nous have done them proud in a hugely competitive market. Here’s my first piece on Faustine from 2013.

4. MARC BY MARC JACOBS IN JEOPARDY? 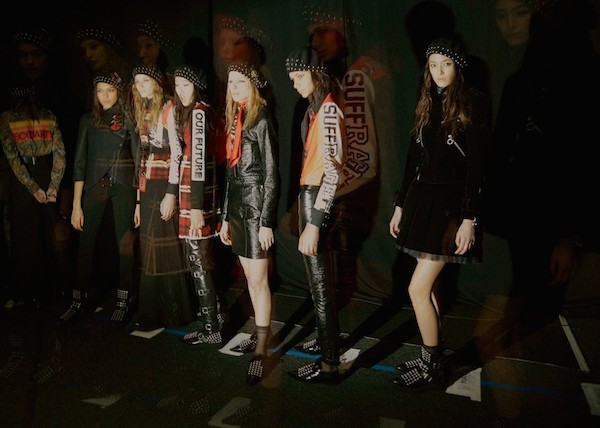 Rumours are swirling that Marc By Marc Jacobs is being killed off, or rather, folded into the main Marc Jacobs line. According to WWD’s Bridget Foley, it’s a cost cutting exercise in preparation for the impending IPO. But where will it leave Luella Bartley and Katie Hiller?

Fashion, design and photography things to see and do Quote of the day: Will Steacy