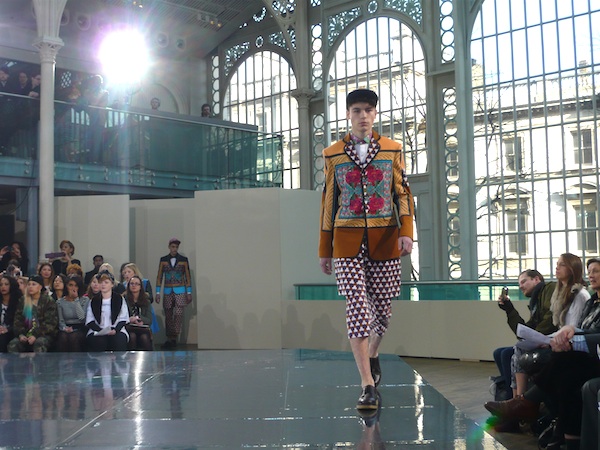 Bam! That’s the sound of London Fashion Week going off with a bang. Well it did for me, because my first show was London College of Fashion’s MA show – its first as part of LFW. The show was edited to the ten strongest collections, of which my favourite was from Na Di, a menswear graduate whose punchy printed tailoring mashed up traditional references with hiphop attitude. (I have a separate post coming up on the LCF show as I was lucky to be invited to a preview. Gotta say, it makes all the difference when you get the back-story of a collection in advance of the show…) 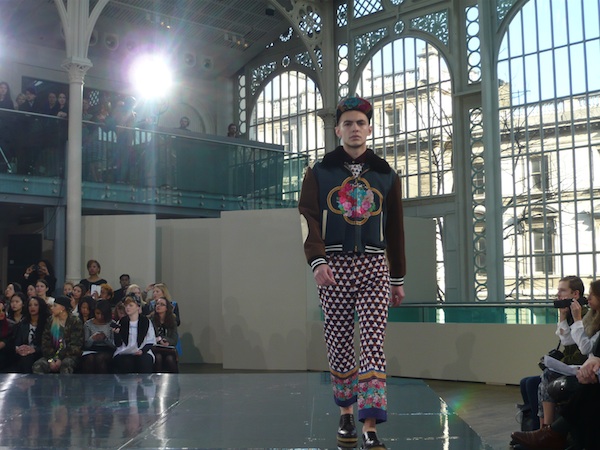 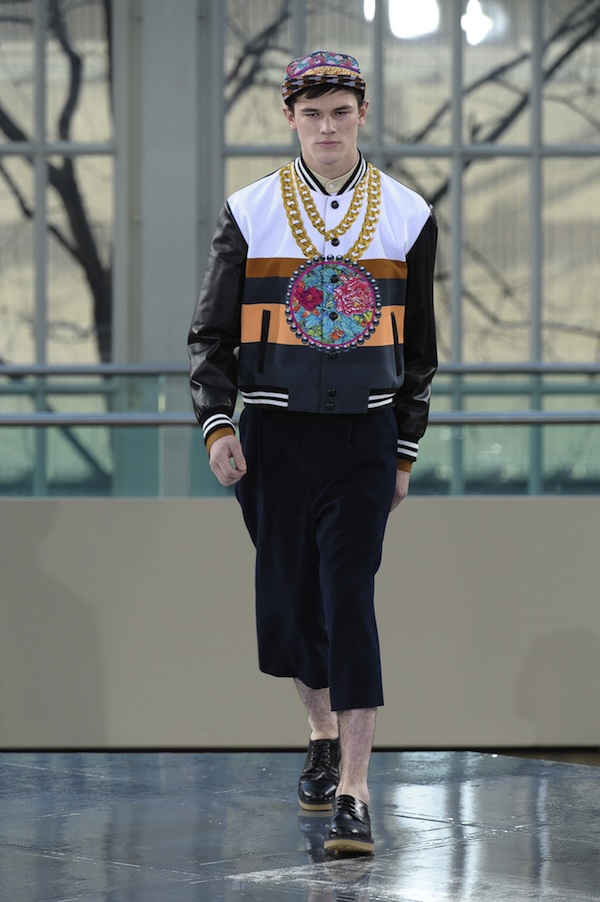 Post-LCF, I did the familiar walk to Somerset House, but with a slight detour via Balthazar Boulangerie in Russell Street. Yes, people, it’s finally OPEN! 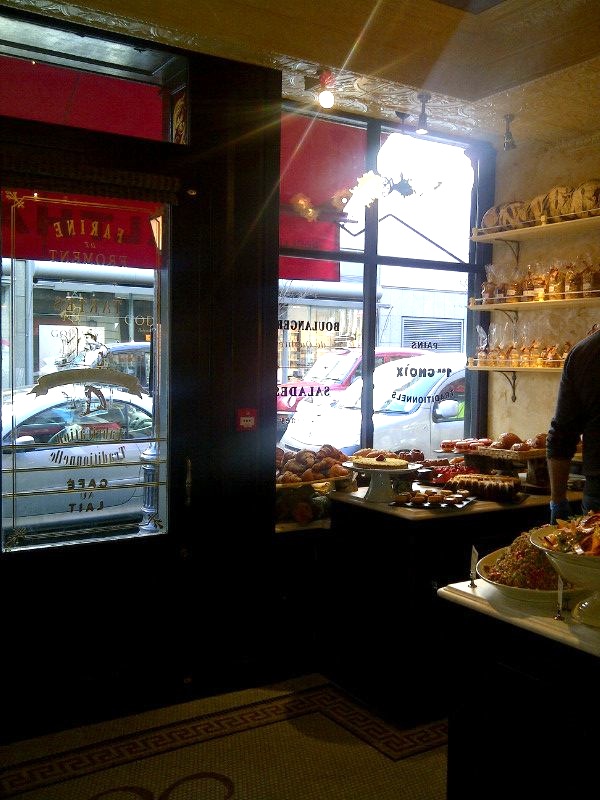 By 11am, Somerset House courtyard was absolutely jam-packed with ‘peacocks‘ – with and without the ‘club sandwich shoes’*– you literally couldn’t turn around without getting in someone’s shot. What I absolutely love though, is Manolo Blahnik’s delightful illustrations wrapped around the entire main tent. Look at this one – a Manolo Blahnik shoe tree! 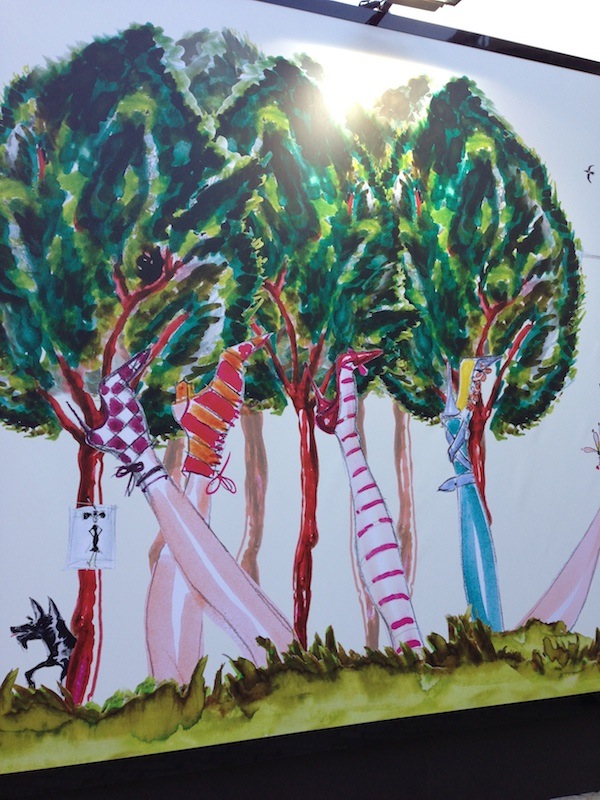 Felder Felder showed a grown up collection full of luxe contrasting textures and very desirable coats. To coincide, the Felder girls are launching ‘pre-tail ‘on their site which, they told me, will help them with commercial research, as well as giving the customer what they want when they see it (well, as near as), instead of in six months time. 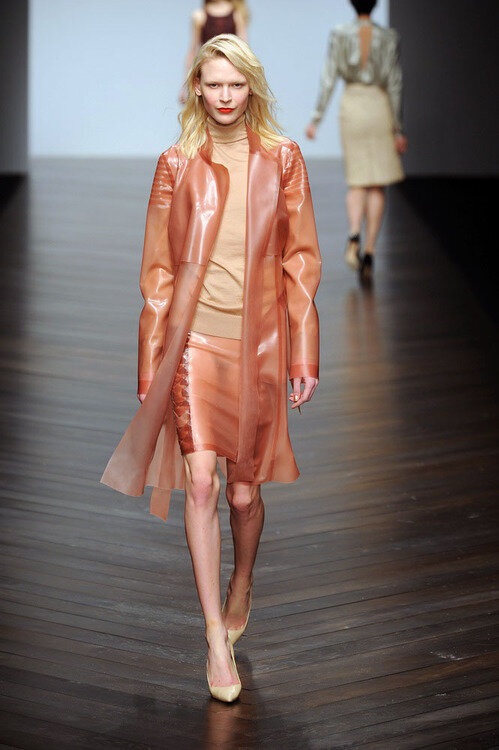 A quick overview of the exhibition (one of my favourite parts of LFW) delivered these nuggets: quilted clutches by Benedetta Bruzziches; perspex epaulette brooches and neckwear from Little Shilpa; plus some very playful jewellery from Les Nereides (the alphabet letters, below) and its younger line, N2 (Pinocchio earrings, anyone?)… 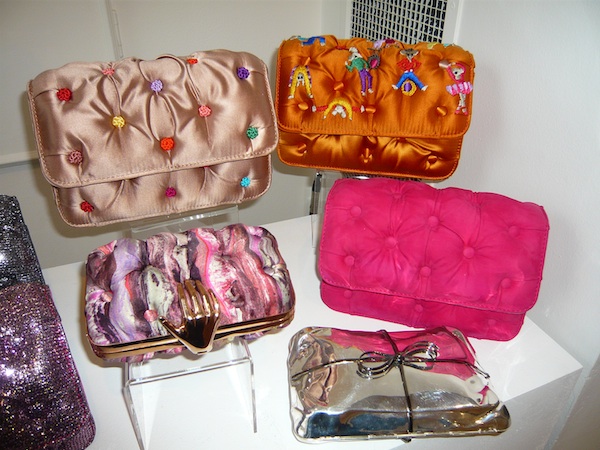 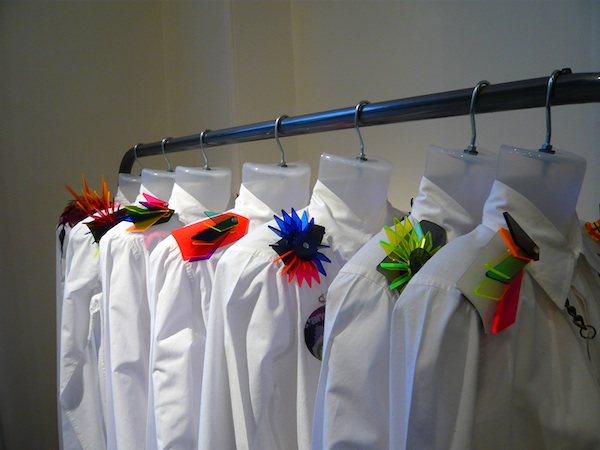 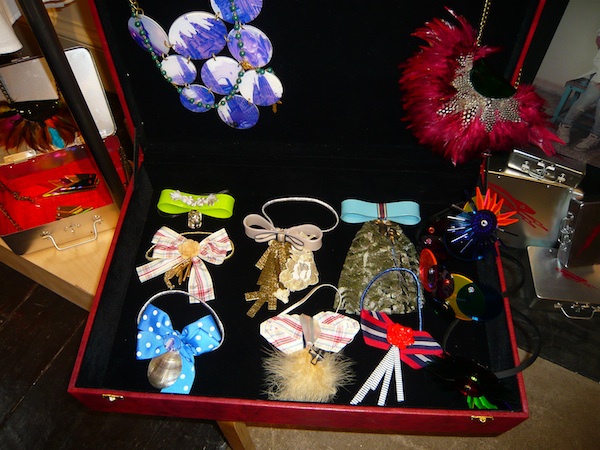 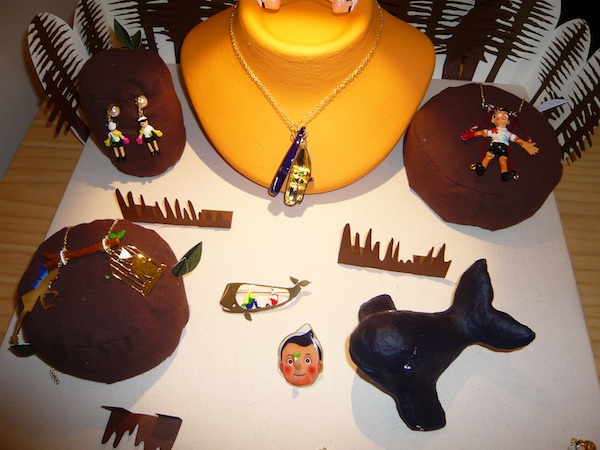 You’ll be hearing a lot about fashion and tech this week because the British Fashion Council has pulled out all the stops with a special Youtube livestreaming channel, a Twitter events page and a strategy to incorporate Vine videos. But Topshop has really scored a major coup with its all-singing, all-dancing, Google-everything extravaganza. I love a Google hangout and enjoyed this Topshop one immensely, where creative director Kate Phelan discusses the making of the Unique show with the likes of Teen Vogue’s Jane Keltner deValle and Elle’s Donna Wallace. PS: how good is Melanie Rickey – AKA Fashion Editor At Large – as a TV host???!