On Gap, M&S, and the fashion paradox of Dressing Normal 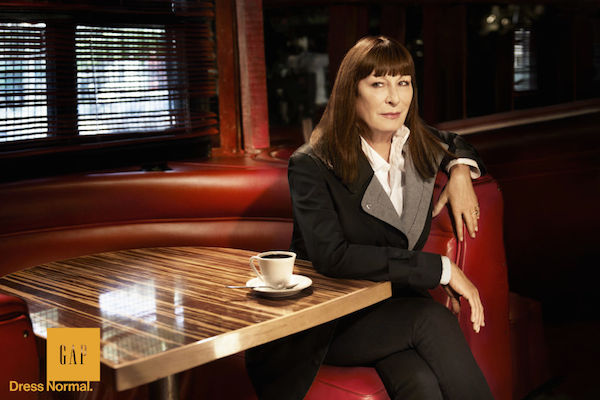 As we all know, this year’s buzzword ‘normcore’ is steeped in anony Gap-style dressing, so Gap has nodded to that in its Dress Normal strapline. But don’t expect 90s-tinged bland-chic. Gap’s imagery is far more elevated and beautiful, so we’re shown not normal people (thank God, I’m a bit over normal people), but Hollywood elite types in ‘normal’ situations to represent modern-day Gap.

My favourite is Angelica Huston (top) having a coffee in a gorgeously lit diner situation (as opposed to a normcore Starbucks). There’s also Elisabeth Moss from Mad Men taking a beach stroll, Girls’ Zosia Mamet lolling on her bed and Luke Grimes surveying his fridge … yeah, you get the idea. It feels modern, relevant, you’re not looking at the clothes necessarily, but as a brand statement, you take notice. 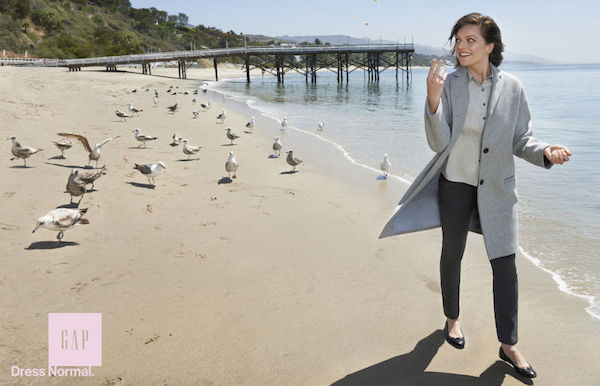 According to the press release, the aim is to celebrates the individuality and authenticity of personal style by questioning what it means to Dress Normal. “We were inspired by the bold and honest spirit of the millennial generation; their authenticity is what makes them stand apart in today’s complex world,” said Stephen Sunnucks, Gap Global President. “Gap has always stood for individuality and being your most authentic self. By challenging the idea of what it means to dress normal, we hope to inspire confidence in everyone’s own personal style.” 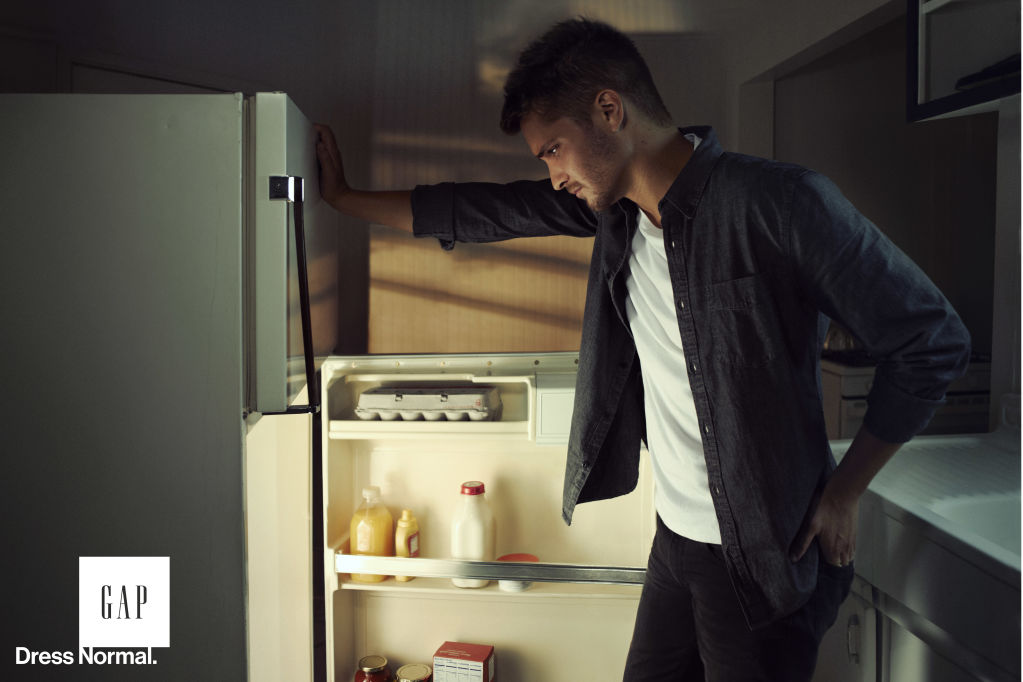 As part of the campaign, Gap will be releasing a TV ad, as well as its now-standard Styld-by microsite featuring consumers and influencers wearing Gap their own way. It makes me consider M&S and its various (very expensive) attempts to create engaging ad campaigns. It too uses famous people but I don’t feel it makes them look stylish enough. Although those ads are better than the original ‘being normal’ M&S campaign from back in the day. Anyone remember that ‘I’m noooormaaaaal’ TV ad from 2000? Eek. Good concept, questionable execution, or perhaps M&S was just fourteen years ahead of itself?