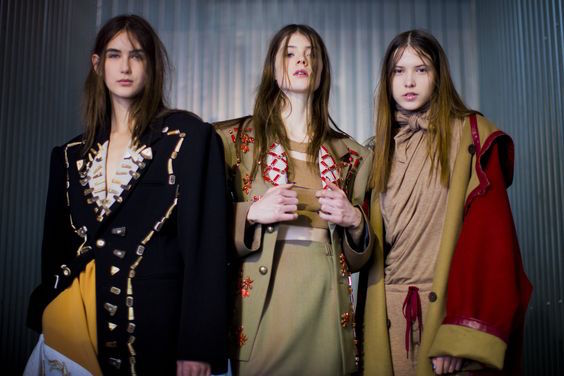 The above jacket was my favourite from the Andreas Kronthaler for Vivienne Westwood AW16 show. It’s an amalgamation of a few ideas, fusing Kronthaler’s Austrian ancestry with British tailoring and a gender-neutral sensibility. The embellishment on the jacket on the left is from antler horns upcycled from antique hunting trophies and was triggered by Kronthaler’s trip back to his Tyrolean homeland at Christmas.

For the first time, Kronthaler (Vivienne’s husband who has been designing with her for 25 years) is officially named as the co-designer of what was previously called Vivienne Westwood Gold. Compared to Vivienne’s punkish activist streak, Andreas is the calm, peaceful one, as succinctly symbolised by this headpiece. ‘Om’ indeed! 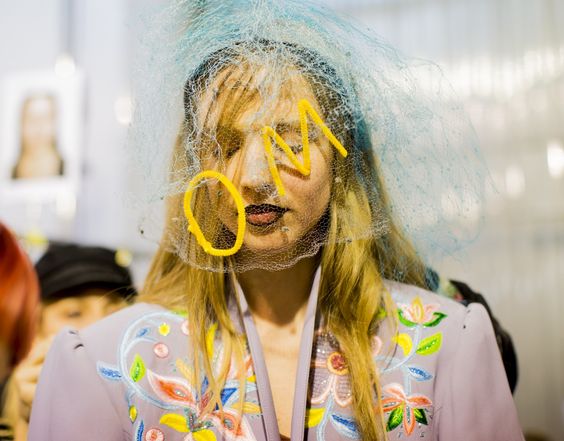 For the second time this season, I have written a run-down of the show for the Vivienne Westwood website. Read the first one here, and the second one here.