In case you hadn’t noticed, duvet coats, puffer* jackets, padded parkas, call them what you will, were all over the AW16 runways. Why duvet coats? The short answer; because it’s always bloody cold! The long answer; well, how long have you got?

Before the AW16 shows kicked off, supersized sleeping bag coats were already on my radar, having seen the above Norma Kamali example on Instagram (side note: do give Magazine_fan a follow if you’re a vintage fash-mag nut). And then the floodgates opened with outpourings of padded down goodness by everyone from Stuart Vevers at Coach to Alexander McQueen (a peachy satin butterfly-embroidered duvet coat fit for a princess), to the Stella McCartney one most likely to be copied by the high street. 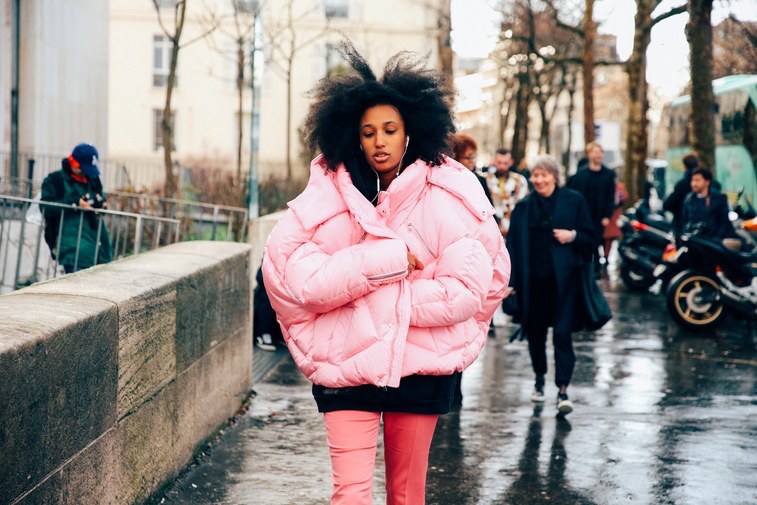 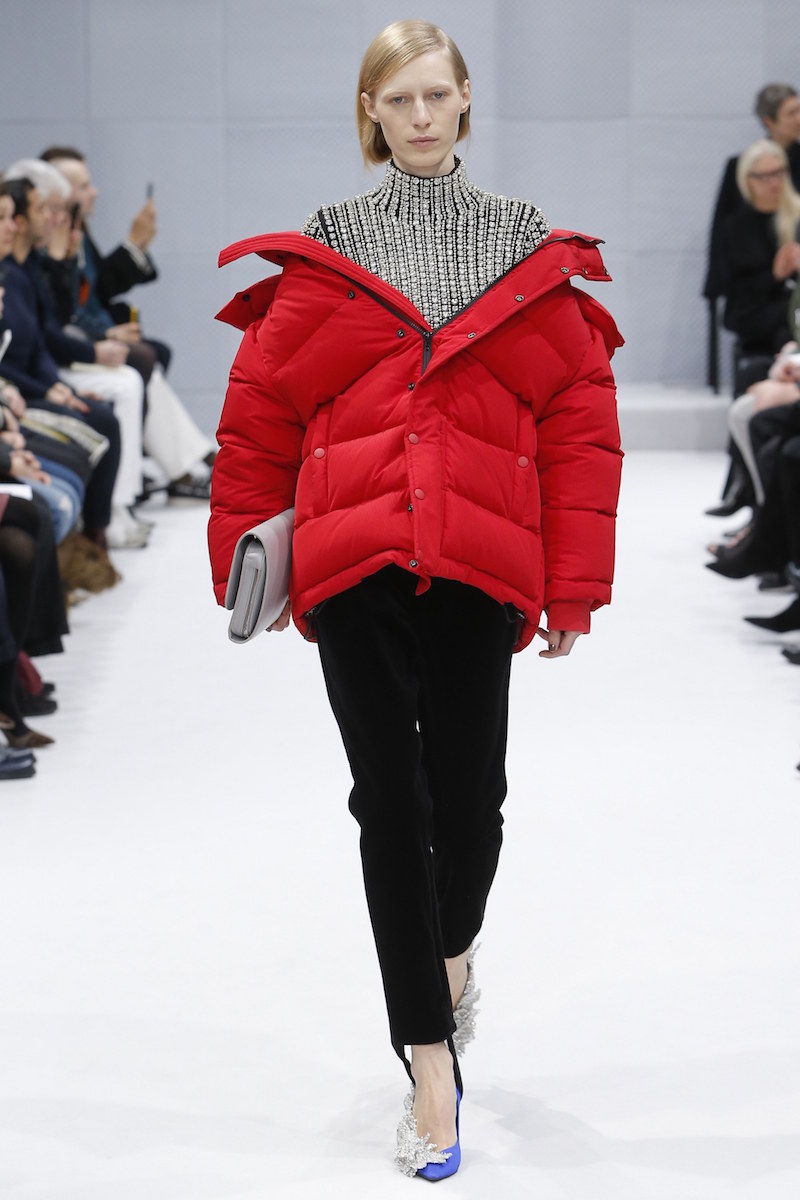 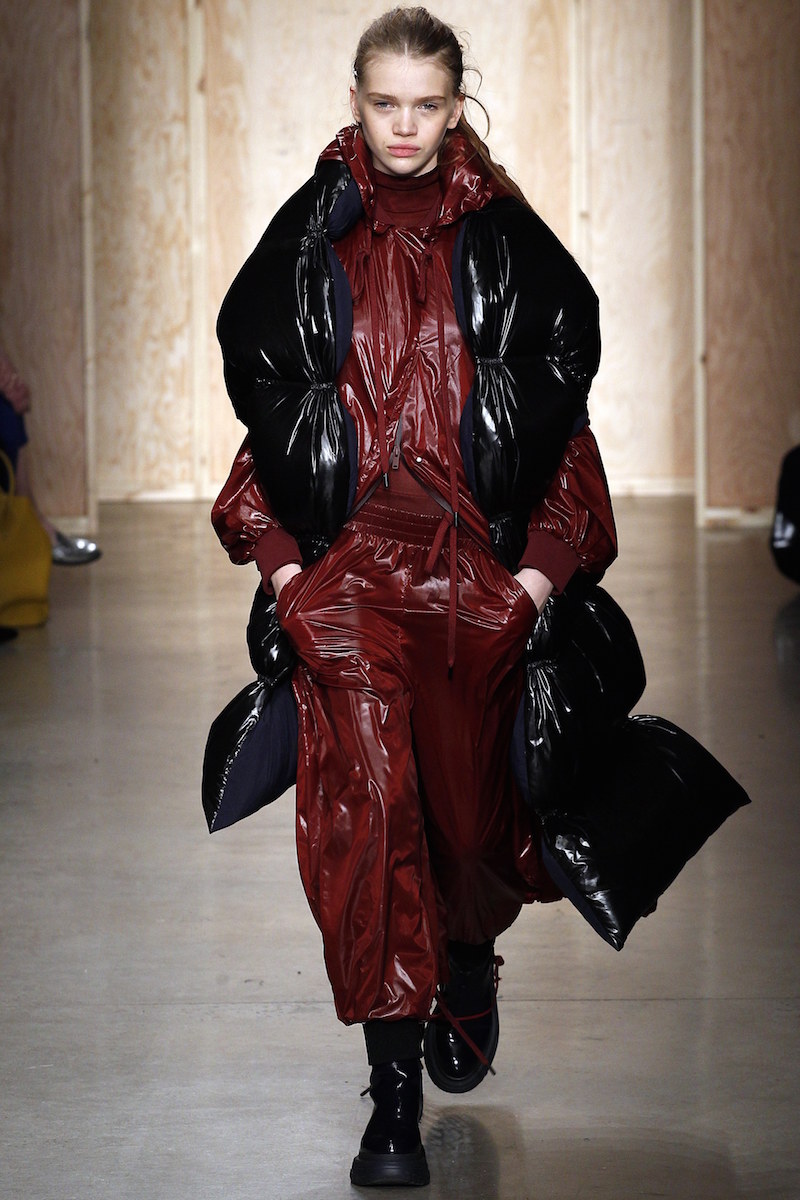 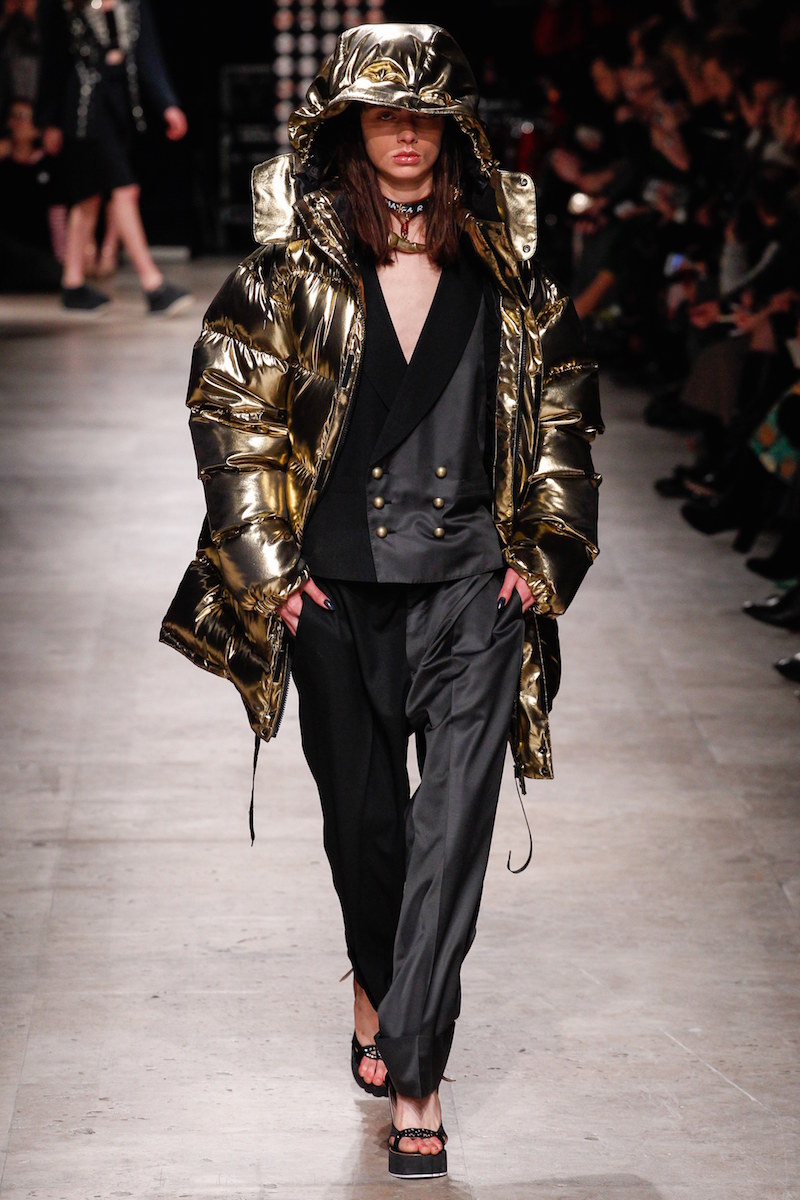 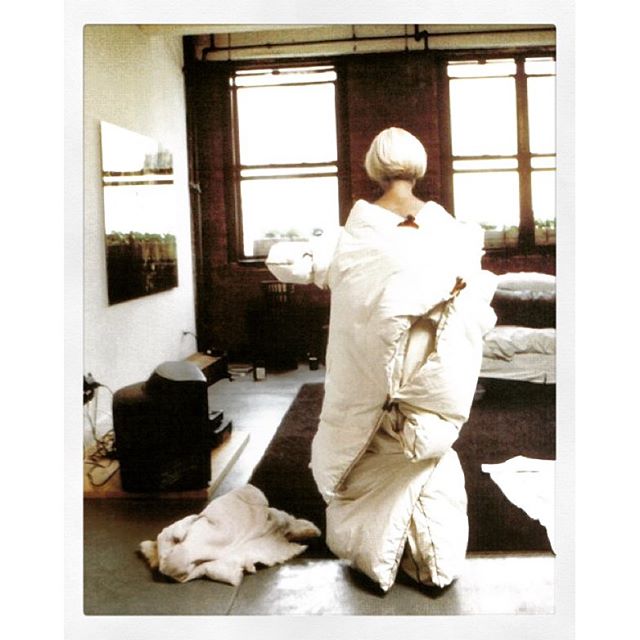 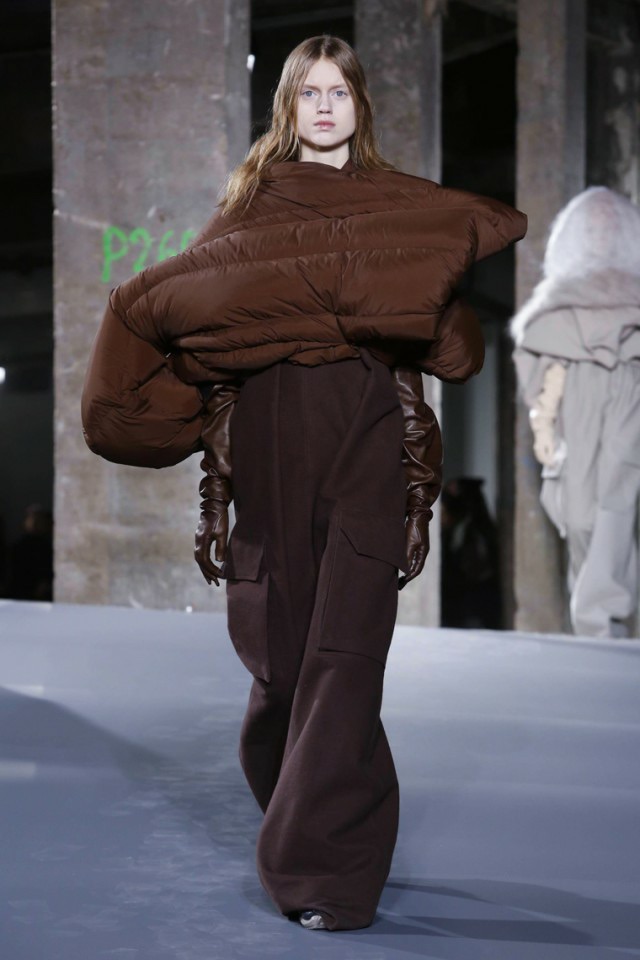 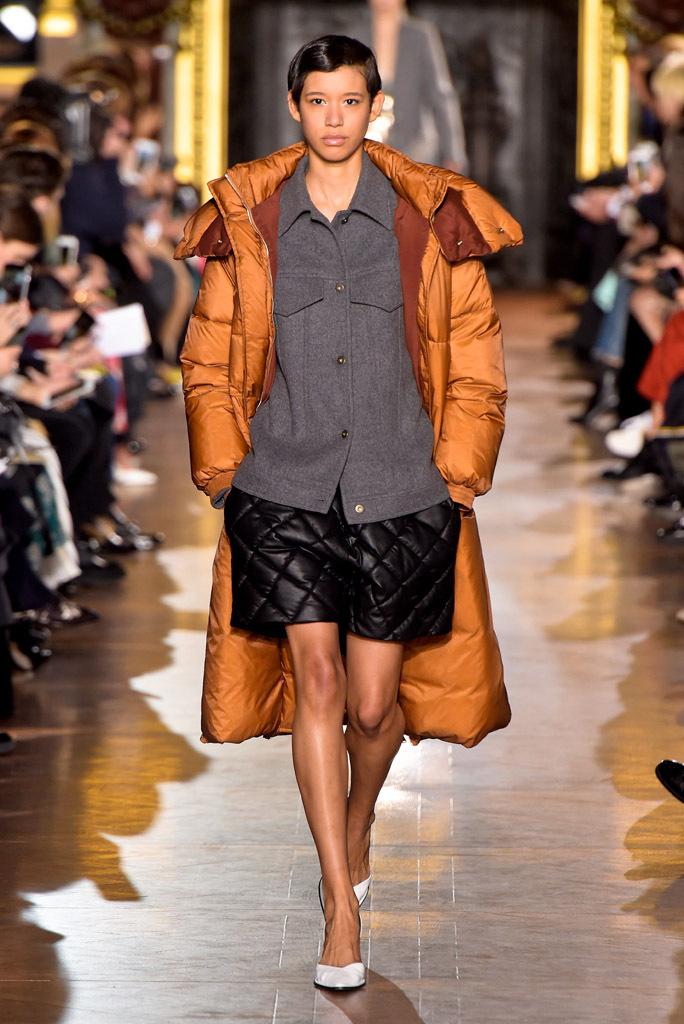 The sporty, utilitarian coats were my favourite, including gigantic neons fit for the Michelin Man at Marques’Almeida and shiny two-tone examples from Raf Simons, who kicked the whole thing off at his menswear show in January. By the time Milan came round, Gucci had slimmed things down with the ultimate take on the cool-kids’ favourite, the MA1. Why have we never seen this utility staple realised in a relaxed shape with cropped, fur sleeves before?

As for the reasons for the renewed duvet coat love, well we could start with the obvious. These coats are practical and cosy and literally make you feel like you’re still bundled up in bed. It’s comfort dressing at its best and symbolically, we all need a bit of that right now, bombarded as we are by future uncertainty abetted by daily Facebook click bait of the Donald Trump/Brexit/NHS implosion variety.

Then there’s the hoo-ha over the fur-hooded mountaineering jackets that have come under fire this winter. For the no-fur brigade, the puffer coat or MA1, or their soon-to-be-on-the-high-street derivatives, offer warmth without cruelty to animals. (Obviously it may depend on the padding – feathers for some are a no-no.) 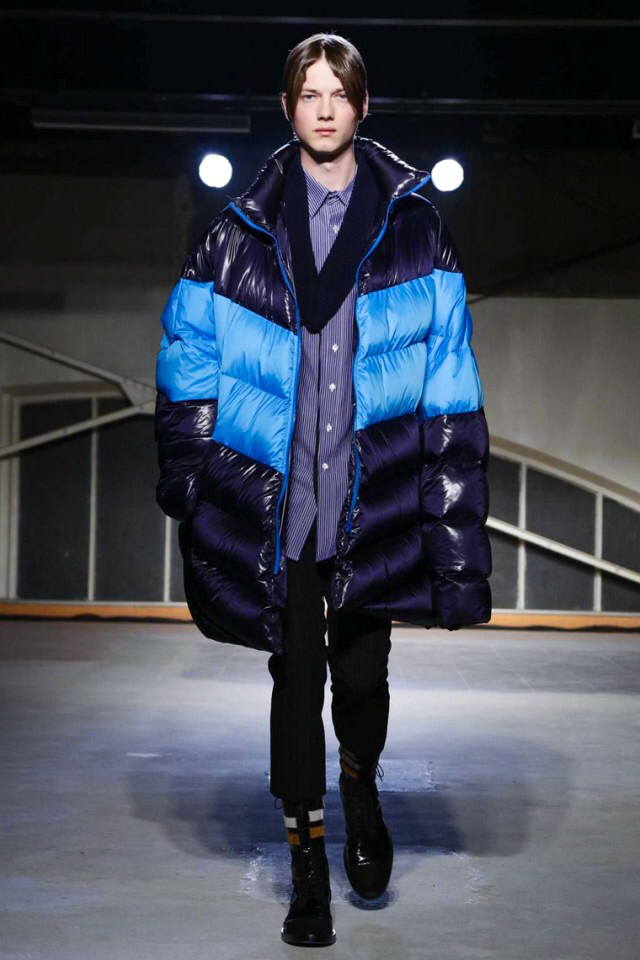 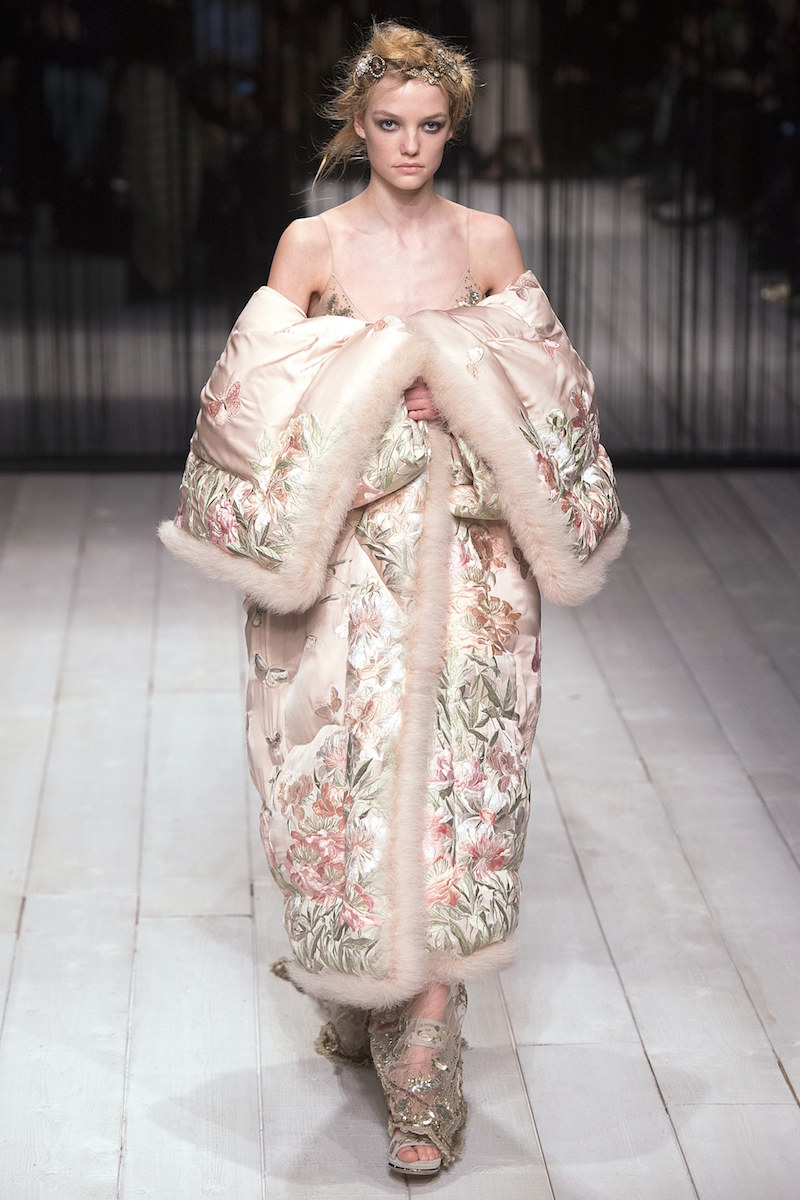 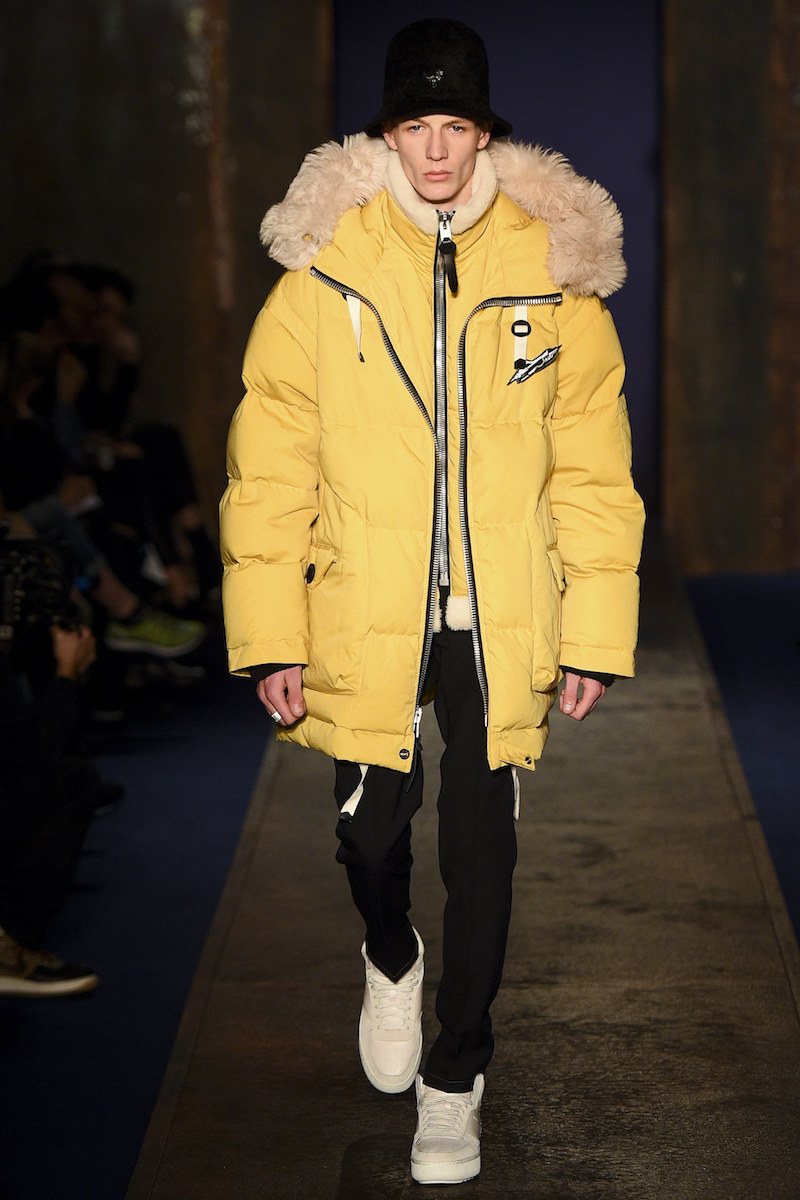 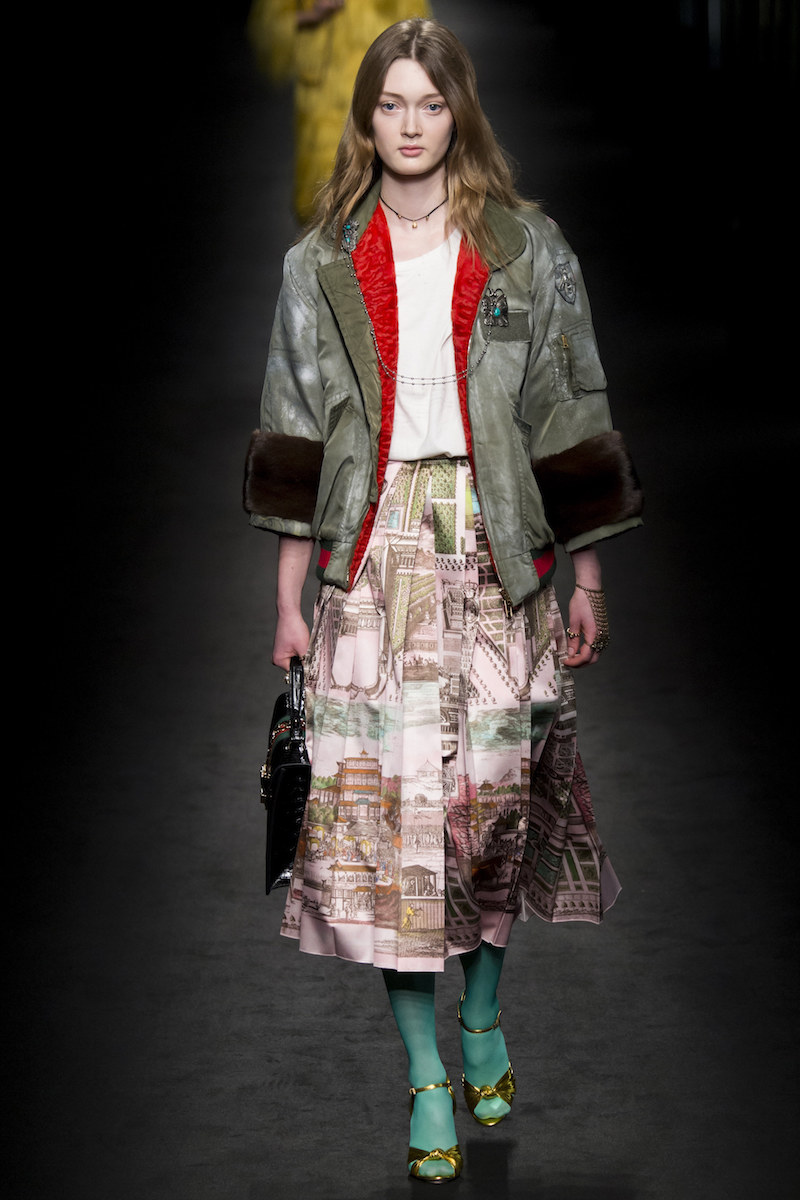 Not that padded coats are a new thing at all. Ask anyone who has one of Uniqlo’s Ultra Light Down jackets, or a Duvetica, which squishes away to nothing and feels as light as, well, a feather. And hello Moncler, the pioneer of utilitarian puffy jacket as luxury item. I would say Moncler’s incredible Gamme Rouge line, launched in 2006, is the real innovator of this trend, for creating wonderful stylish silhouettes that are a major advance on the classic, but pedestrian anorak.

The key to the AW16 duvet coat is its generous, cocoon-like proportions. This in itself is an important commentary on societal changes. Just ask Robin Givhan, who puts our penchant for inflated, body-submerging shapes down to our wanting to mark our place in the world; dress big and you can be big. Not to mention being part of the on-going ambi-gender conversation. Kudos to Demna Gvasalia in his Balenciaga debut for including a padded jacket his new tugged-off-the-shoulder cocoon shape. I predict this will be the street style option that sends the trend hurtling into the mainstream.

And where, pray, is Puffa the brand in all this? Puffa is arguably the originator of the ‘fashion’ version of the padded anorak, but profile-wise doesn’t seem to have exploited this opportunity. Looking at its site, the product is really not bad. But is there not scope for Puffa to do a collab with, well, anyone and everyone? I could see Puffa X Vetements, Puffa X Kanye, Puffa X A.P.C. Add any other Hypebeast-type name to the mix and you get the idea. Puffa X Marques’Almeida would’ve been perfect! It’s not a cool brand but it has heritage and it could certainly up its credentials by seizing this moment.

In reality though, I suspect we all know it will be usurped by the Zaras, Topshops and Primarks jumping in, creating directional, commercial updates on the padded anorak and selling them in their gazillions to the masses. 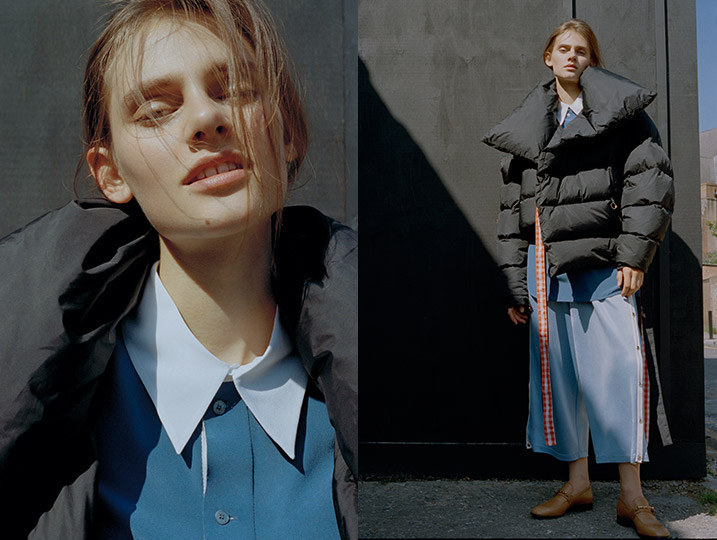 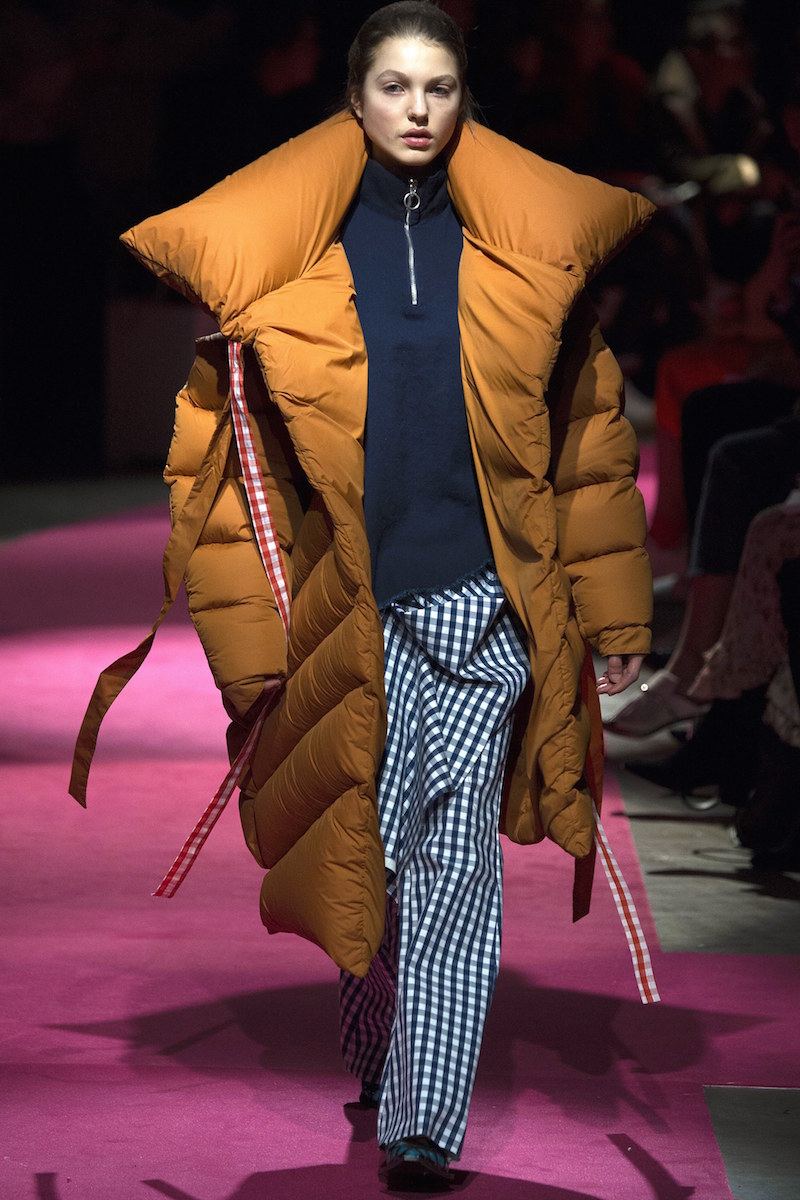 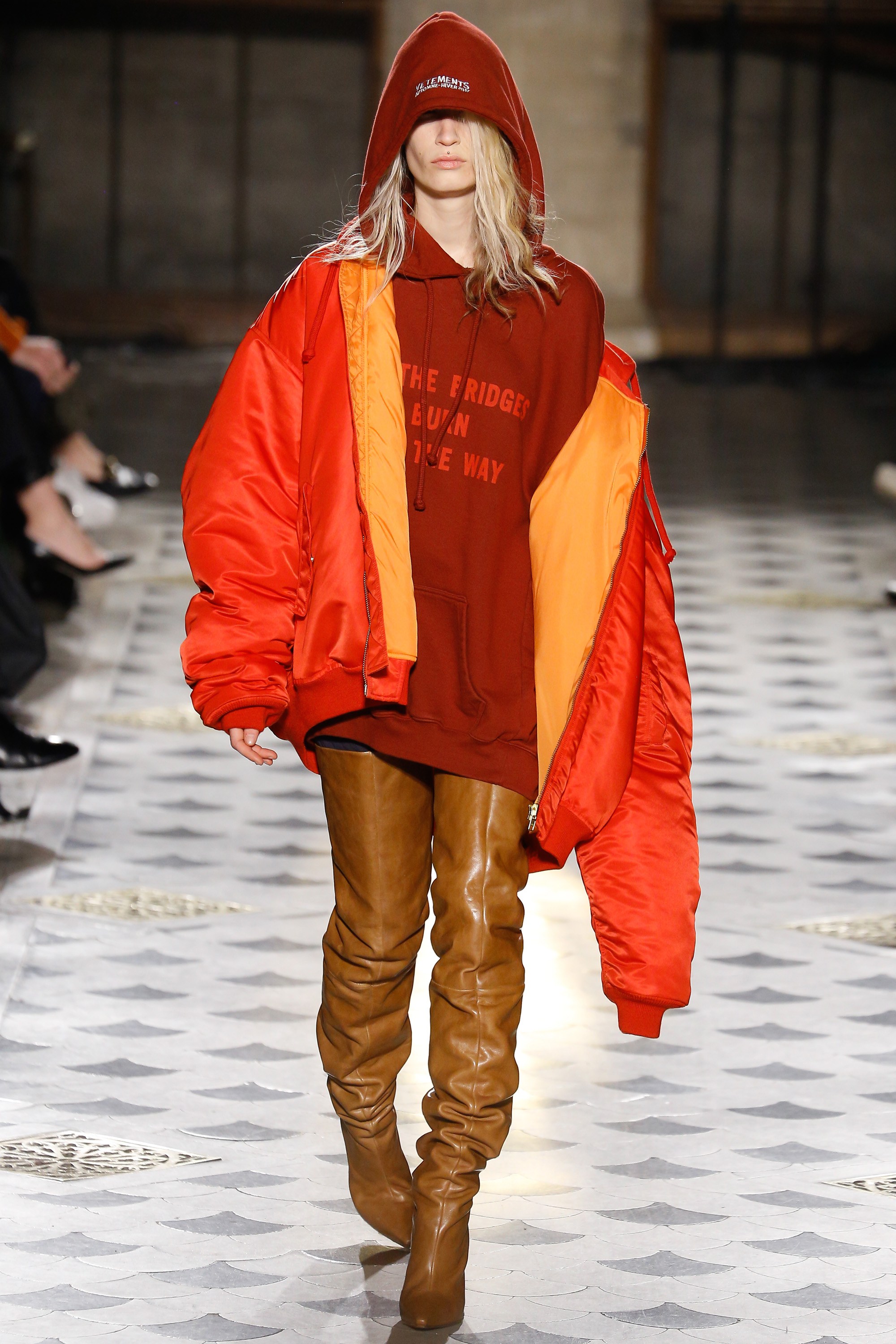 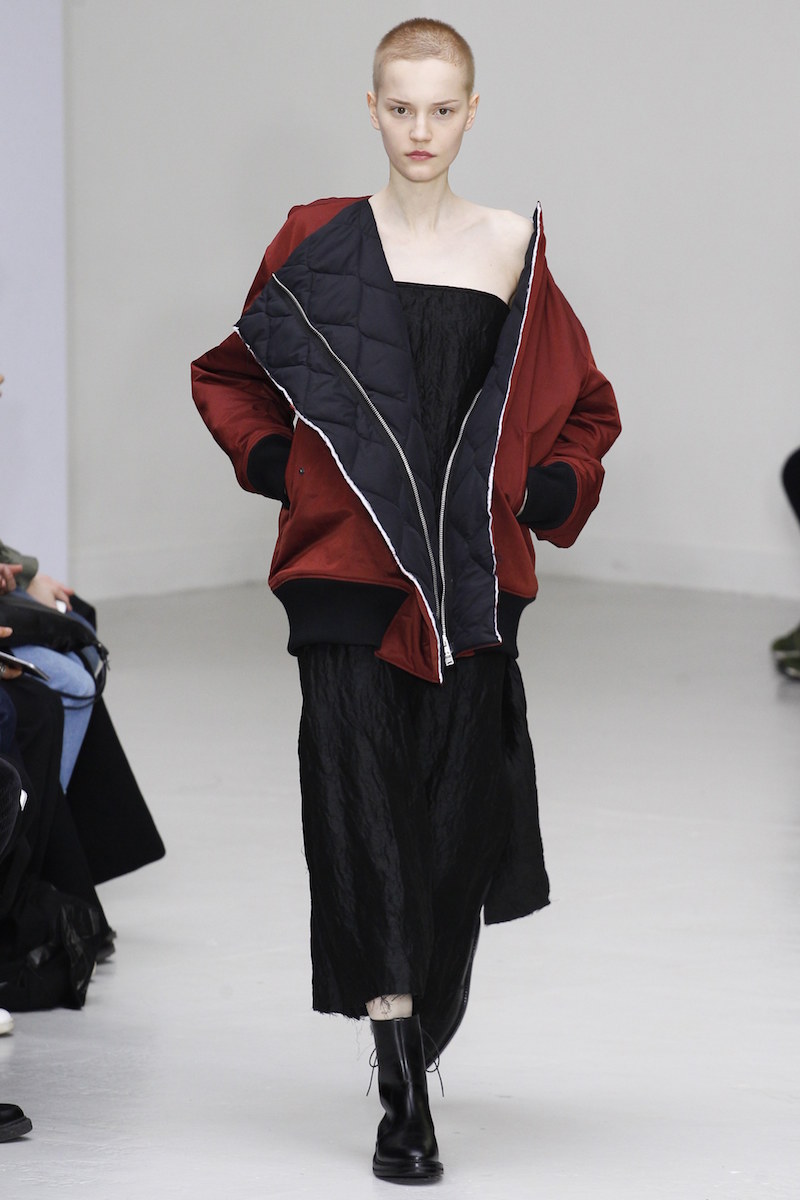 *Did you know: You’re not allowed to call a padded jacket a ‘puffa’ unless it’s made by ‘Puffa’. Hence the descriptor, ‘puffy’ or ‘puffer’ used by careful journalists instead

WITH THANKS TO SMARTCAR UK FOR THE FASHION WEEK WHEELS