On eco-activism, who made your clothes and the third summer of love Are we about to enter the third Summer of Love? All the ingredients seem ripe for the mix; a groundswell of political activism, the legalise weed campaign, plus an overarching peace-n-love vibe from the youth contingent. The last week in London has seen peace protest camps from Extinction Rebellion plot up in Westminster, Oxford Circus and Marble Arch, increasing eco-activism and awareness globally.

When I went to visit the Marble Arch camp on Saturday, it happened to be the same day as the 420 rally, with blazing sunshine, a carefree Glasto vibe and the distinct whiff of weed wafting across from Hyde Park. As with the recent anti-Brexit march, DJs and musicians lent their support to a rotating sound system so the likes of Massive Attack could show solitary to the cause. It was all rather groovy.

Following on from Monday’s Earth Day, this week is Fashion Revolution Week, which champions an anti-consumerist mood of being much more mindful about what we wear and where our clothes come from. It taps into the same spirit of eco-evangelism and concern for fellow humanity. Throughout the week there are de-haul campaigns, open studios and talks to increase awareness of the Fashion Revolution manifesto. Here’s the full list of events.

In all this, there seems to be a real desire for tactility and the human touch. The need to see, hear, smell and feel human breath, flesh and voices, rather than communicating through apps and emojis. Tomorrow sees a one-off exhibition at Fabric, celebrating the history of club culture. For once it’s not centred on the London post-punk and rave scenes, but is a global view of eight subcultures from the early 90s Berlin techno scene, to Milan’s Italo disco and 1970s Estonian hippies. Curated by Red Gallery’s Ernesto Leal, the photo exhibition is in two sessions from 6-8pm and 8-10pm (£5), with proceeds going to mental health organisation The Grae Matta Foundation. If you’re smart, you could go to this talk on the Second Summer of Love first, then whizz over to Fabric later… 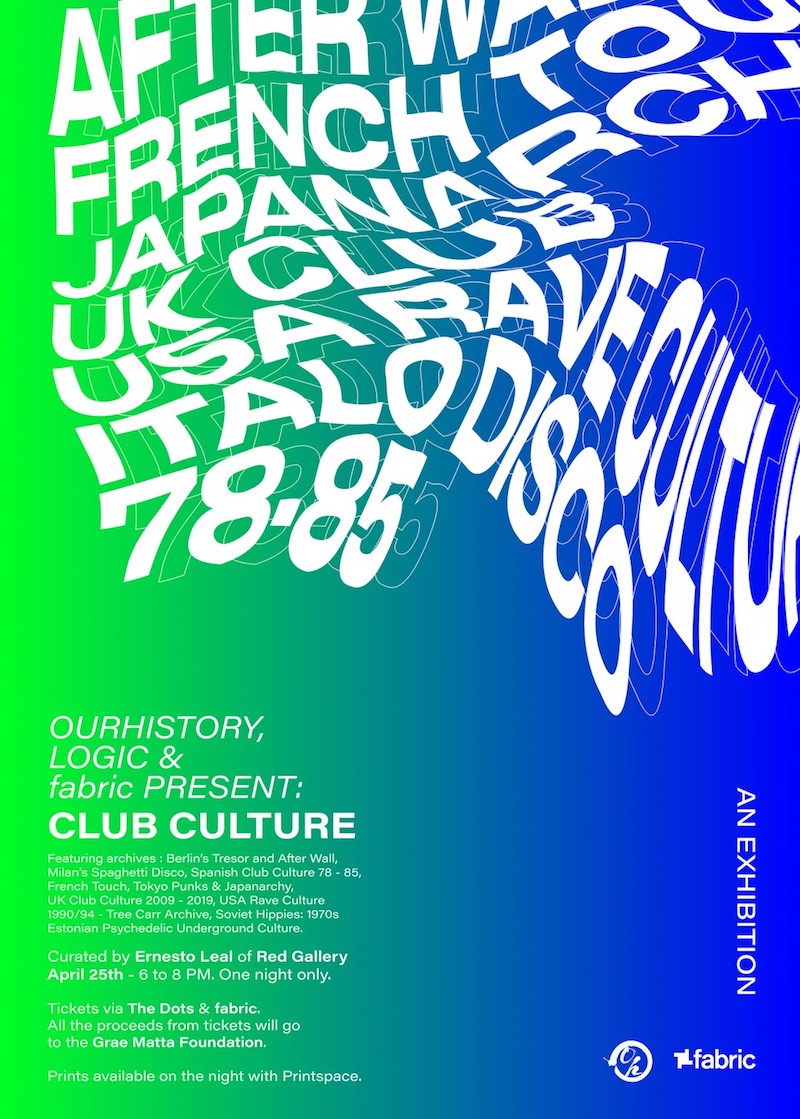