The latest in the DRG film series, Petit Déjeuner takes us to the design studio of a different kind of fashion brand…

A winter Thursday in London’s cosmopolitan Paddington finds us filming in the bijou studio of twins Mandeep and Hardeep Kaur. These charming, fine-boned twins are sharing their design process and morning rituals, while explaining the ‘Just One’ philosophy behind PER/se, the design brand that communicates their mission of making life more manageable.

“ ‘Just One’ in terms of our creating a uniform is something we really just sat down and thought, what counts more, having many things that at some point recedes into the horizon, or one thing, which means many things to you?” explains Hardeep, the older, slightly more composed twin. “The latter made the most sense.” And thus PER/se was born, a British-based brand that takes inspiration from travel, architecture, nature and living harmoniously. 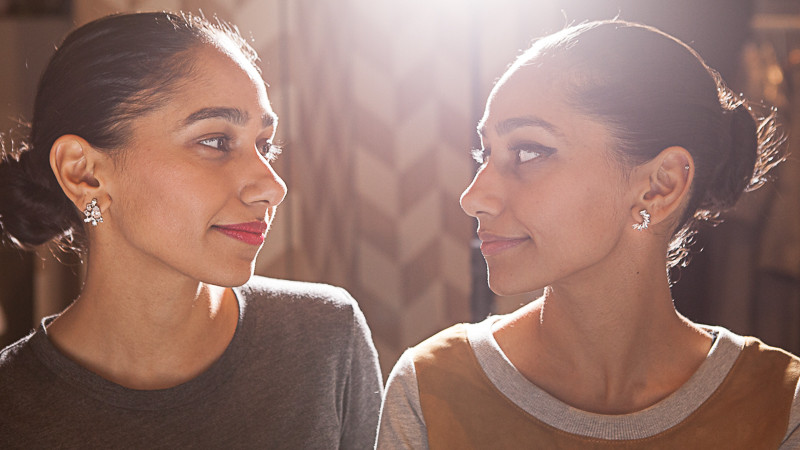 With backgrounds in luxury PR (Hardeep) and law (Mandeep) and a shared appetite for culture and hand craft, the Kaurs set up PER/se last year, a novel concept that pushes back against our relentlessly-paced fashion culture. Their previous brand, Nom de Mode showed at London Fashion Week bringing them to the attention of hard-to-please editors and winning over customers. But disillusioned with the RTW model, they changed tack.

The main premise of PER/se is a signature coat design, an architecturally tailored half-sleeved piece that gets reinvented every eight weeks. In a new fabric or print, it’s ‘just one’ piece that allows for on-the-go movement and transcends seasons and occasions. With strategically placed pockets for your phone, cards and even a loop for headphones, you’re freed from the distraction of carrying a bag. The first iteration was a Tumblr pink affair in Kvadrat upholstery fabric; the second version came in cork and neoprene. 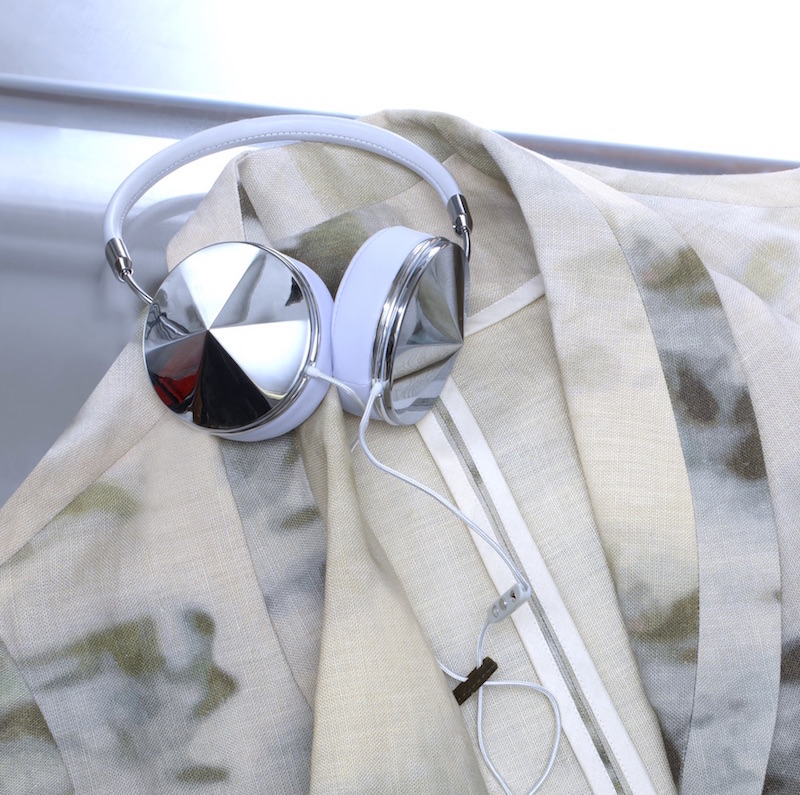 We muse on inspiration and the importance of the creative process. For these culture vultures, design inspiration comes from both visual and intellectual stimuli. Taking in their adjacent desks well populated with books and quirky tchotchkes, the Persian rug, vibrant floral arrangements and a view of the changing seasons from the courtyard, one’s eye can’t help but traverse the studio.

Colour is ever present, with fiery pops of red and orange a nod to their Indian ancestry and most noticeable in the many distinctive Hermes and Cartier boxes (Hardeep previously worked for Cartier, where we first met a few years ago).

Mornings start early for the twins, with meditation, lemon and water (“no coffee for us!”) and a walk in nearby Hyde Park to set them up for the day. It should sound eye-rollingly twee but instead it sounds rather enviable.

They love their walks, conceding that nature is a key influence on their life and design. “There’s an intrinsic beauty of form, of symmetry and asymmetry,” says Hardeep. Their other big inspiration comes from collaborating with likeminded creatives. “With the latest coat, ‘META’ – short for ‘Metamorphosis’ – we were interested in the idea of change and how different artists or craftsmen use their hands.” This brought them to the idea of working with ceramicist Reiko Kaneko, who created a bespoke abstract print. The subtleties of her glazes, undulating lines and shadows lend themselves beautifully to the finished article, developed with fabric printers in Macclesfield. 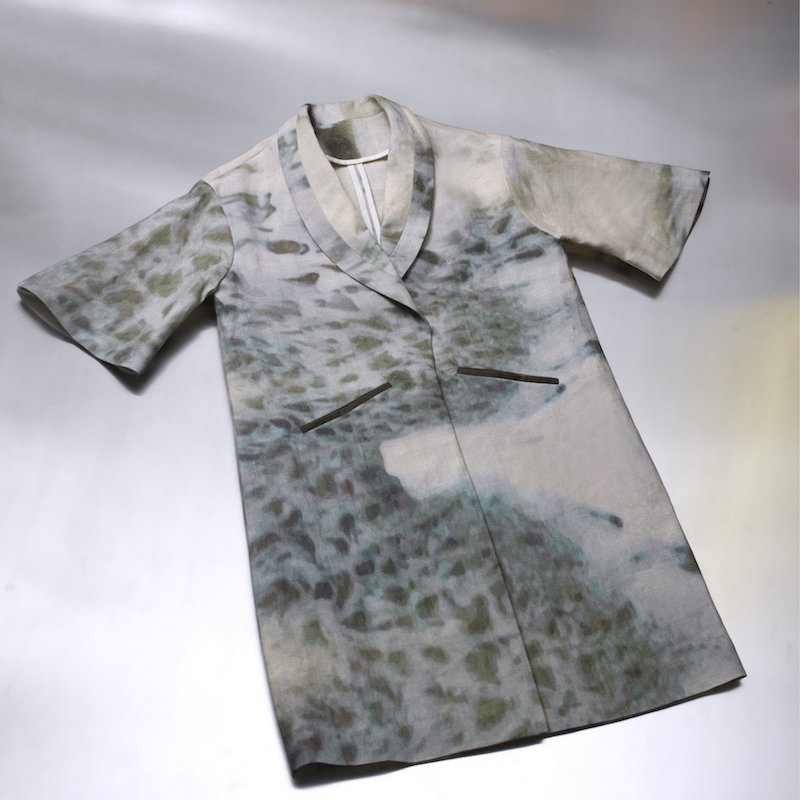 Once the coat is ordered online, it then takes a month to produce, each one made to order. “Producing locally means we have the ability to research and try different formulations, go into a studio, be really tactile with everything and see what works,” says Hardeep. “And you get some happy accidents!”

The PER/se ‘Just One’ concept isn’t for everyone. It’s a commitment to order the coat and wait for it, although rest assured, you can return it if you must. But it’s more a statement of intent and of being part of a meaningful, low-waste movement. And in a way, part of the luxury is in waiting for ‘The One’ and knowing it’s being made especially for you.

Read more about PER/se and buy the META coat HERE

Petit Déjeuner is a collaboration between Disneyrollergirl and Emma Miranda Moore. We create films and editorial shoots based around new beginnings, mornings and motivations. See all our #DRGPetitDejeuner stories here.