On Hermes saris and localised luxury 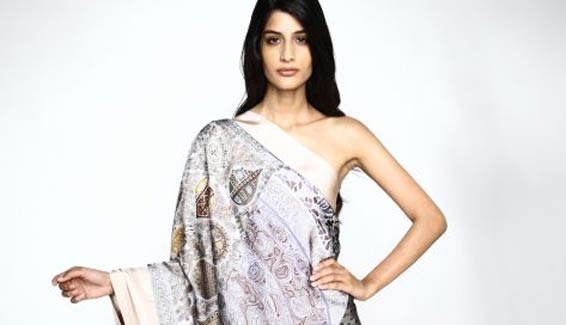 Hermes is opening stores left, right and centre, proving that there’s no shortage of demand for Constance handbags and playful-luxe knick knacks. Last month saw the opening of a new men’s flagship in Rome but I’m more interested in the recently opened Hermes standalone store in Bombay. Built at 15a Horniman Circle, (the point zero from where all meeting points in the city are measured), it’s the first luxury store to open in a standalone location rather than in a hotel or luxury mall as is the norm for India.

Impressive location aside, the store is a good example of the retail focus on ‘localised luxury’ – exclusive, site-specific details that cater to the local customer. Bombay’s Hermes store has a gallery space on it’s second floor to host a mix of Indian and French artists but the big news is that the store has also started selling limited edition saris (some might draw parallels between the age-old ritual of draping a sari to that of tying an Hermes silk square). Is this an attempt to keep customers shopping at home rather than abroad?

Although many international brands have set up shop in India in recent years, it’s still tricky to get wealthy (but cost-conscious) locals to shop at home as import duties inevitably push prices up 30%. So why not offer them an innovative reason to shop by offering them exclusive, country-specific products as an incentive? In fact, localized luxury is proving a hit in many areas of retail. At an event hosted by The Future Laboratory a few weeks ago, I learnt that Aesop skincare has had great success incorporating local elements into its stores. The London store featured a keepable best-of-London guide on its carrier bags (a clever way to make packaging work harder) while in the New York Aesop store, compacted back issues of the New York Times are used as structural building blocks that double as a quirky design feature. Unique, exciting merchandise geared to local consumers and sold in an environment that reflects its surroundings surely adds up to an enticing retail experience.