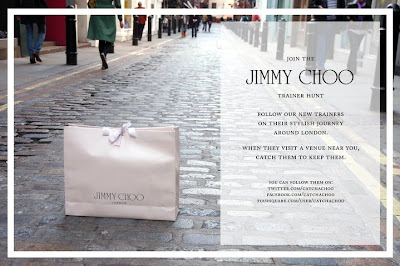 So last week rammed the point home that trainers are very much back on the fashion radar. Not only did Gucci launch its shinysupersexy Icon-Temporary pop-up trainer store in Covent Garden, but Jimmy Choo has gone all social media-savvy and used an interactive Foursquare/Twitter/Facebook game to launch its first trainer collection. The idea is to follow @CatchAChoo on Twitter to find out where an elusive pair of Choo trainers will be as it flits on its travels around London. If it tweets a destination and you happen to be there, you simply find the Jimmy Choo bag, present it to the Choo representative and say ‘I’ve been following you’. The trainers then become yours, but I don’t know what they look like and how they know they will be your size. Er, maybe you get a voucher? To join all the social media dots, CatchAChoo is also on Foursquare and Facebook. I think it’s a jolly idea but it launched last Monday and I don’t know how much of a buzz it has created as it only has 275 followers on Twitter. I would have expected more. Perhaps the fact that the game is only being played in London has put a few punters off.

Over at Gucci, Frida Giannini has enlisted pop hottie Mark Ronson to design a capsule range of Gucci trainers. Ronson doesn’t have any design credentials but hey, he’s well-connected and looks good in a Gucci suit, I guess that’s enough these days. The trainers are inoffensive but not nice enough to get me to to part with £395 (for the cheapest pair). 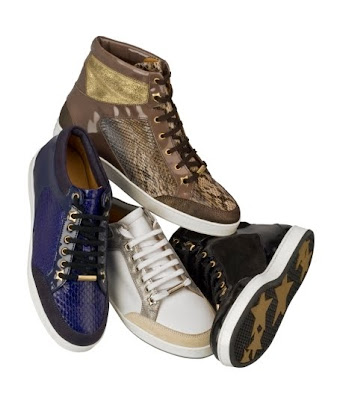 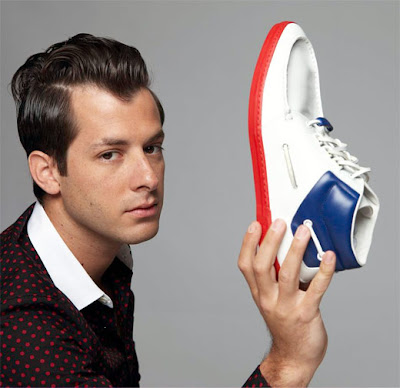 I think I would prefer them if they looked more like Phillip Lim’s AW10 trainers: 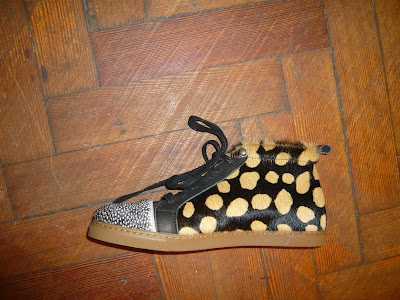 Having said that, you’d be hard pushed to find me in any fashiony trainers these days. My Nike Blazers and Vandals have been neglected for years because they just don’t sit right with a skinny jean and well, I think I just generally grew out of the whole competitive trainer mania thing.

Although I did get a wee frisson at the Canoe press day when I was introduced to the AW10 New Balance collection. 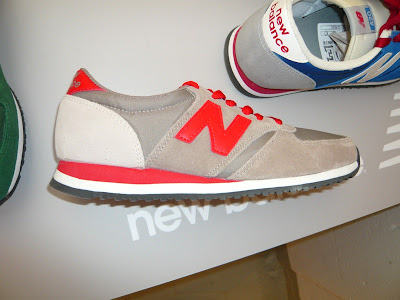 I have always had a soft spot for New Balance, primarily because their old school 576 running shoe is my trainer style of choice – classic, functional with just a whiff of geography teacher. Also, did you know that many of the 576s are made in the UK? But the real reason I love New Balance is mostly to do with one Wes Anderson. The nerdy-but-stylish one has the very same New Balance 576s as me, complete with reflective logo. Fancy! Now I bet you wouldn’t catch him in a pair of Choos. 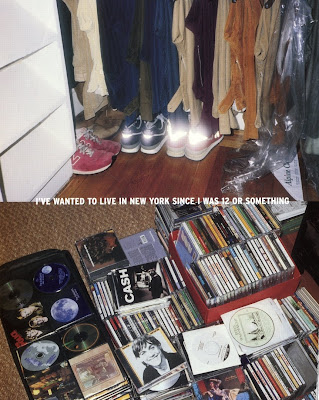 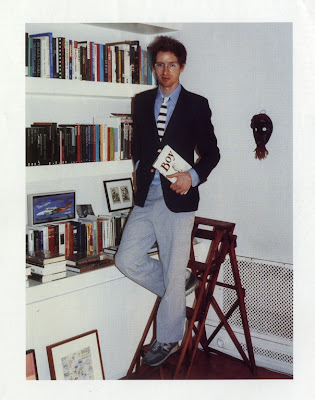 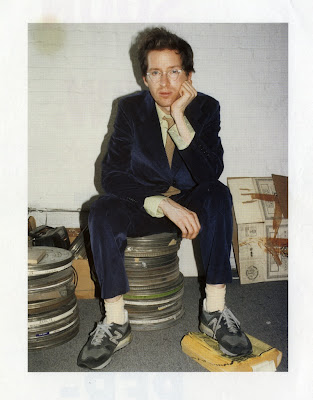