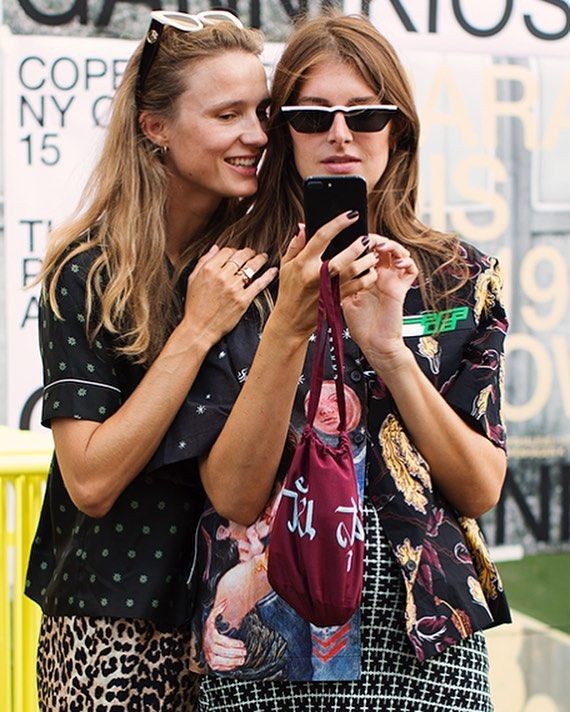 It’s been all doom, gloom and drama in the digital media-sphere this week. In the news – Buzzfeed and HuffPo are laying off hundreds of staff, Conde Nast is introducing a paywall and social media influencers are going to have to start putting #ad on practically all of their posts (probably).

Where did it all go so wrong?

For me, it all goes back to that time when legacy brands decided to repurpose their paid-for print articles as free online content. Rookie mistake! What I think this did was cheapen their product so that unsurprisingly, eventually no one (other than diehard fans) then bothered to buy the print edition. Of course, I can understand why they made that decision. Circa 2010, Twitter was in the ascendant, attention spans had started to shrivel and people (aka pesky millennials) wanted to snack on bite-sized content on the go, not page through lumbersome hunks of paper.

Around the same time saw the groundswell of personal blogs. This wave of real time opinions, snarky tones of voice and speedy news dissemination started to undermine the authority of legacy media, who then made another mistake. They tried to emulate the newcomers instead of shoring up their own authority and unique voice. Enter a slew of identical listicles, click bait titles and other pandering-to-the-masses strategies tailored for Twitter/Facebook rather than target markets.

Again, you can see why. The ad model for online content at that time was based on big number eyeballs known as CPM (cost per mille, or the advertising cost per thousand views). The more people were landing on their pages, the more ad revenue these publishers could earn. Supposedly. And so for a while, quick-to-produce, lol-worthy, shareable content ruled. 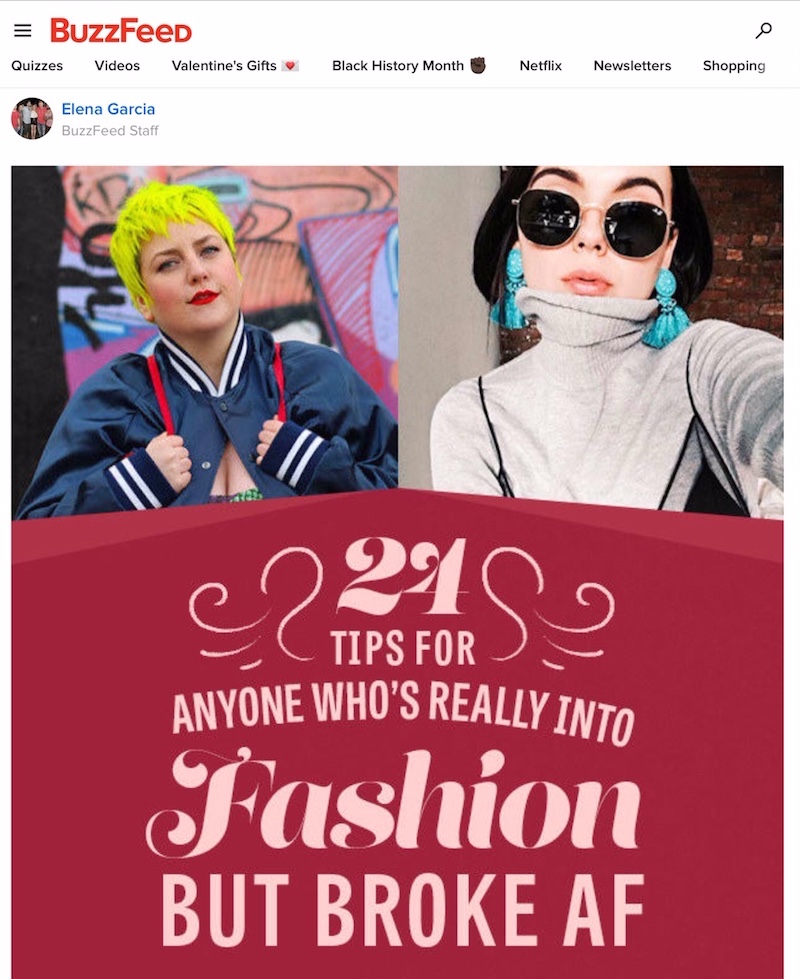 The need for pacy, high volume online content (aka ‘content factories‘ like Hypebeast) meant that the rates paid to journalists slowly plummeted. With a sea of eager young writers willing to churn out content for less than the going rate, the quality also dipped. Sub-editors vanished like a puff of smoke as online writers were expected to fact check, proof, picture edit and upload their own articles.

Inevitably, the ease and saturation of online content begat another challenge; content fatigue. To misquote Samuel Taylor Coleridge, there’s content content everywhere – blogs! Instagram! YouTube! Podcasts – but an overall lack of real sustenance. And thanks to the commercialisation of fashion blogging, we’ve seen a new generation of ‘floggers’ whose sole aim is to stealthily sell vast quantities of stuff to their followers in the style of Vogue-ified QVC presenters. The thoughtful, opinionated blogging of ten years ago is nowhere to be found. Cue an inevitable backlash of consumption ennui and accusations of blandifcation, where we’ve collectively cried, ‘enough! Stop!’ 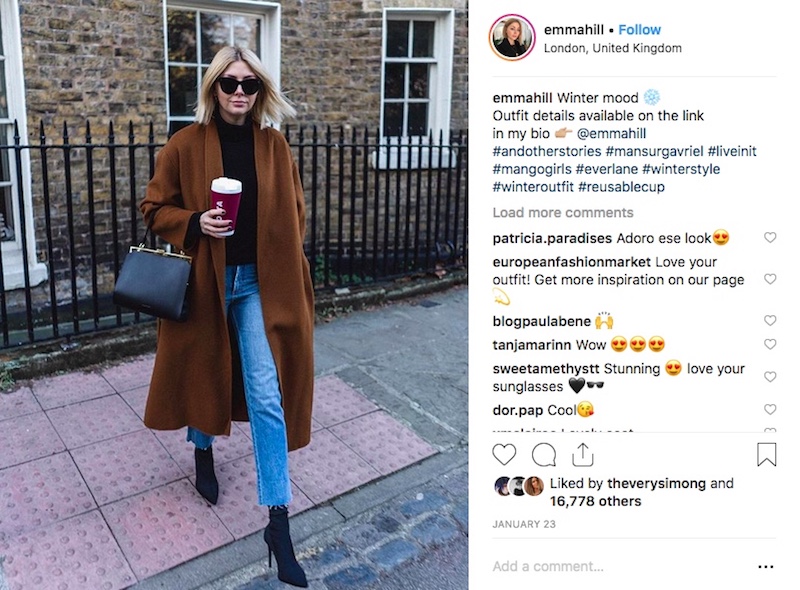 Last week saw new strict guidelines announced by the CMA (Competition & Markets Authority – a UK governing body), below,  in which influencers are advised to disclose every ‘freebie’, paid-for post and brand relationship very clearly in their posts. Example: those #getreadywithme ‘Morning Beauty Routine’ videos that are often cunningly disguised ads for face serums or make-up.

While the guidelines are admittedly rather extreme, the outcry on social media showed that in fact, many consumers do want more transparency in these posts. Particularly on Instragram where followers tend to be younger and easily influenced. This site is always an eye opener in how the more cynical members of the public view influencers, while the comments on this post were very revealing. 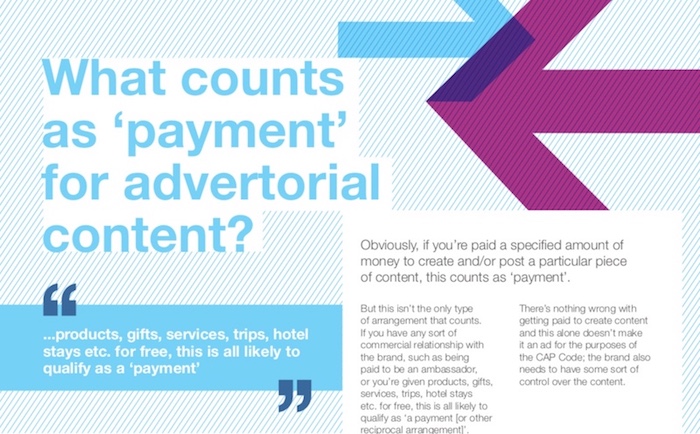 The diminishing trust in influencers shouldn’t be taken lightly. It’s evidence of a wider demand for integrity in a world ravaged by fake news, AI and algorithms which let platforms like Facebook mine user data to skew political outcomes like Brexit and national elections.

But back to traditional media companies and the demise of online content businesses. What should we make of the shift in Conde Nast’s strategy to introduce a paywall structure across the board? Unlike some of my colleagues, I don’t think this is a terrible idea. Even though we’ve come to expect free content and I balk at paywalls (because I’m such a huge information junkie and like to read everything), long term I think we’ll be choosier about what we read.

With the imminent arrival of 5G and the potential for faster information overload, we’ll crave a slower, more satisfying media consumption experience, which will in turn make us more discerning content consumers. For example, I love my New York Times online subscription – I think it’s worth the $7.99 a month.

But if there’s a paywall, then how do you share? Well here’s the thing, I’m not sure they want you to share. Sharing means giving up control to the enemy – i.e. Facebook and co. Although the Wall Street Journal suggests that casual Conde Nast readers will still be able to access a few free articles per month, which can be shared on social.

It’s almost like we’re going full circle back to the beginning. Will advertisers be prepared to pay more to advertise on these paywall sites, because there’s a more engaged, targeted readership? That could be the $64 million question. (Others suggest media companies need to diversify altogether, into producing product, a la Goop – but that’s a whole other post for another time.)

My personal view is that if you’re in the business of storytelling and news journalism, you’re in for the long haul and have to expect fluctuations in the business. In the end, what’s important isn’t the vehicle for the message but the content itself. I believe if a story is worth telling, people will want to read it – even if they have to pay.

WORDS: Disneyrollergirl / Navaz Batliwalla
MAIN IMAGE: The Sartorialist
NOTE: Some posts use affiliate links and PR samples. Please read my privacy and cookies policy here
CLICK HERE to get Disneyrollergirl blog posts straight to your inbox once a week
CLICK HERE to buy my book The New Garconne: How to be a Modern Gentlewoman

What to buy from Uniqlo U SS19 Positive fashion: For Days and the circularity of everything