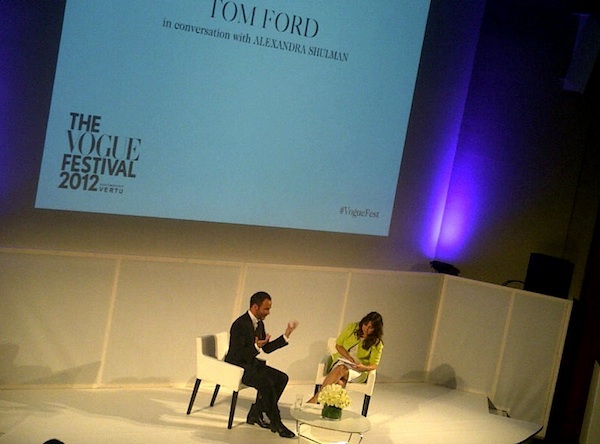 As the fashion publishing industry continues to go through ongoing changes, magazines are testing different ways to extend their brand messaging beyond the paper page. While Hearst has launched Hello Style to beckon the Youtube generation to its titles, Vogue went the interactive route last week with its two-day Vogue Festival.

Consisting of a main auditorium at The Royal Geographical Society plus an education room and a number of makeover stations, not to mention the hugely popular Vogue covers photo studio, the event combined interviews, panel discussions and an inpirational ‘How I Made It’ speech by Diane Von Furstenberg with creative fun and up-close interaction. As a guest of Vogue, I went to both of Saturday’s sessions and was impressed with the high calibre of what was on offer. The two days were split into four sessions with each half day session costing £75. The line-up was outstanding, with A-list fashion names including Tom Ford, David Bailey, Rachel Zoe and Christopher Bailey sharing their candid insights and experiences of the fashion industry to packed audiences. While some of us listened enthralled to the highly entertaining and awe-inspiring story of DVF’s brand-building journey, others queued to hear Tim Walker in conversation with Kate Phelan. As a Vogue editor told me later, Walker had been adamant he didn’t want to speak in front of a big audience, however, so popular was his talk that Vogue decided to repeat it for a second session.

As the first of what I hope will become an annual event, it’s only fair to cut Vogue some slack for the less successful aspects of Vogue Festival. The event was sponsored by Vertu but ticket sales had to contribute to some of the costs. Between talks I noticed there were queues for everything – from the café, to the toilets, to the Vogue covers (shot by actual Vogue photographers with makeup by the likes of Mary Greenwell), to the make-up stations. I imagine if you’ve paid 75 quid for five hours, every minute counts and you’re not going to want to waste time in a queue. But I think as Vogue Festival grows and the size of venue increases, this will solve itself. That said, I think £50 might be a more realistic price point, especially for the demographic of visitors, predominantly students and graduates in their early 20s. (Actually, having just read the comments on Susie Bubble’s post, it seems that nearer to the event, there were cheaper student concession tickets offered for £20. Is this because the tickets were initially off-puttingly costly?)

I have to say (again) that quality-wise the event was faultless. As impeccably edited as the pages of Vogue itself, each element was there for a reason and there was no filler. The makeover stations were purposeful and useful – how to do smoky eyes (courtesy of Armani) or red lips, or get a temporary hair colour switch from Josh Wood. I was thoroughly impressed with how ‘Vogue’ it all was; there were Vogue staffers everywhere available to meet and chat to guests, making this a properly interactive brand extension to appeal to the next generation of Vogue readers.

The festival was also heavily promoted via Vogue’s Twitter, with the #VogueFest hashtag prominently displayed on screens during talks and Vogue tweeting (possibly a bit too much) throughout the two days. In the run-up to the event, I noticed more Vogue editors joining Twitter and wonder if this was a deliberate move to gear up for contributing to the Vogue Festival tweets. (Alas, still no sign of Alex Shulman on Twitter though.) Overall, my impression of Vogue Festival was an initiative that has the potential to grow into a bigger multi-media branding event. I do think that its appeal is mainly to students and young graduates so perhaps there could be a link with Graduate Fashion Week to make it more accessible and beneficial to its target audience. 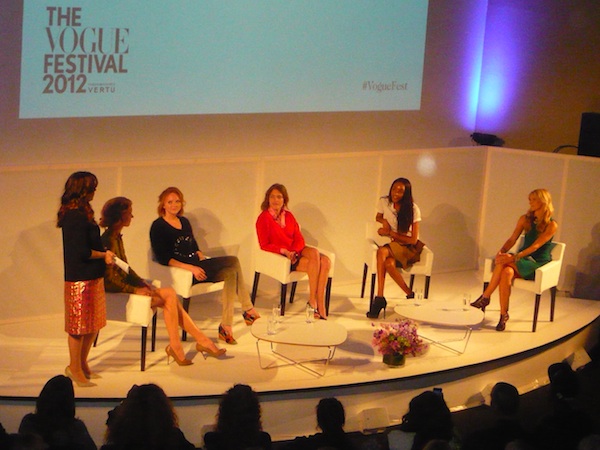 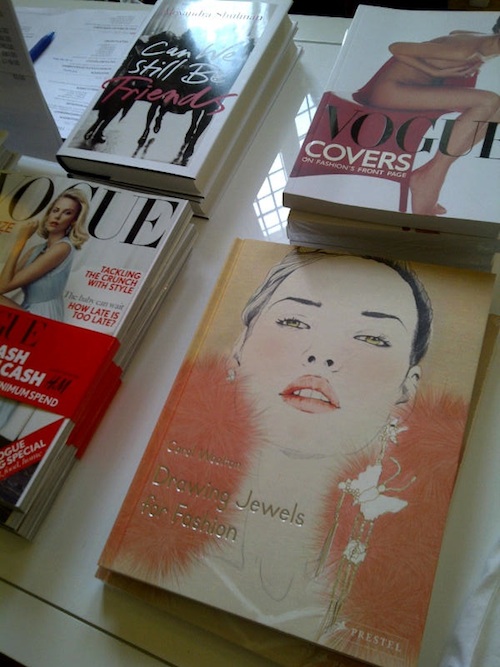 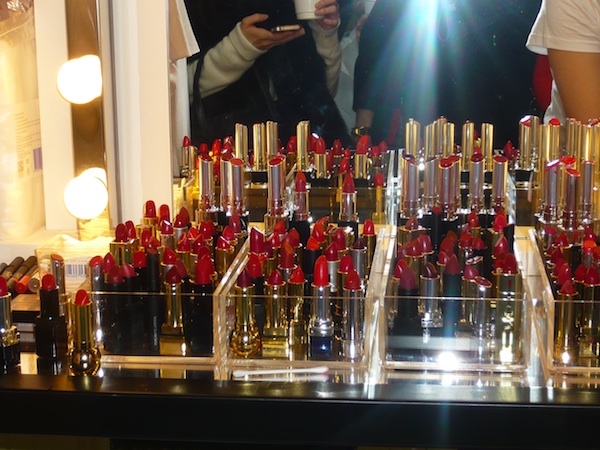 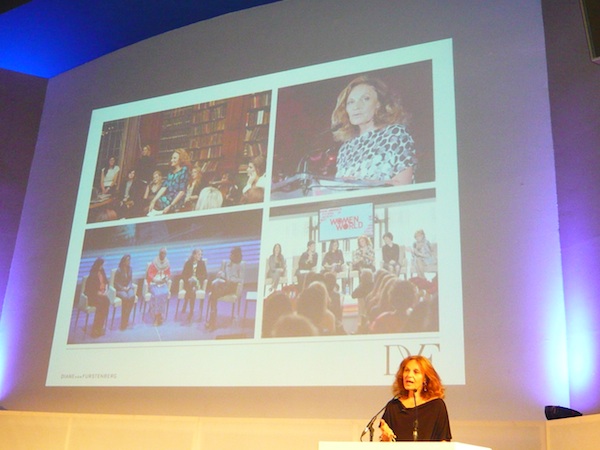