Must see: Vogue 100 A Century Of Style 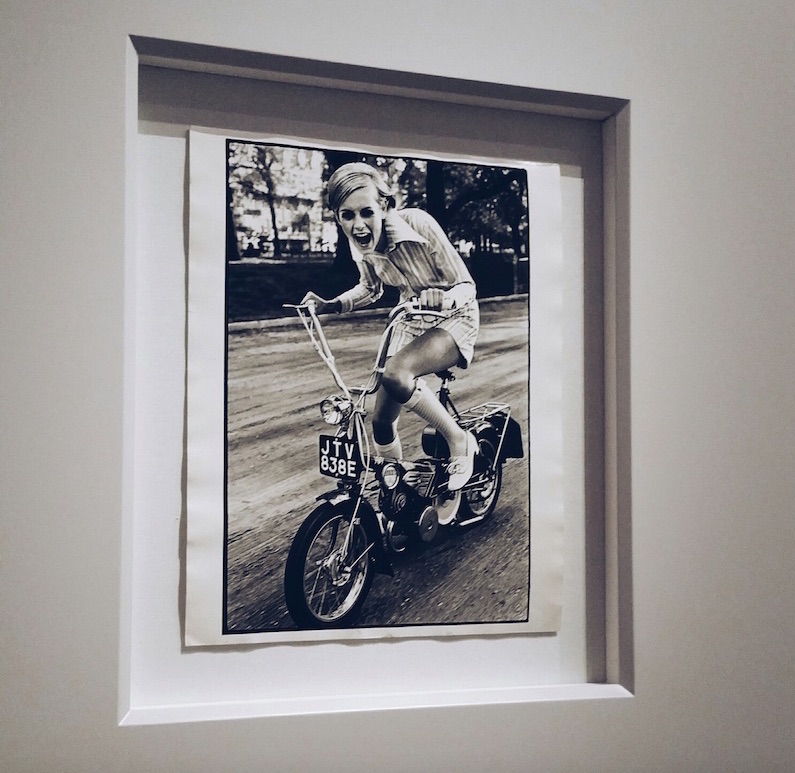 While all the fashion chatter of the last two weeks has revolved around the subjects of fashion week and fashion media and their relevance in the social media age, an interesting exhibition has opened at the National Portrait Gallery to slow the conversation right down. Vogue 100: A Century of Style is a celebration of 100 years of Vogue, the iconic print magazine whose images (photos and illustrations) continue to wield huge influence on style and culture.

Why go to an exhibition showing cult Vogue images when you can see them most any day flashing up on Instagram, Tumblr or Pinterest? The answer to me is simple. Here you get to digest them properly, understand the context, their moment in time and place in society. Seeing them in a calm setting allows you to digest and savour the visual information. And I can confirm that the result is quite the feast. 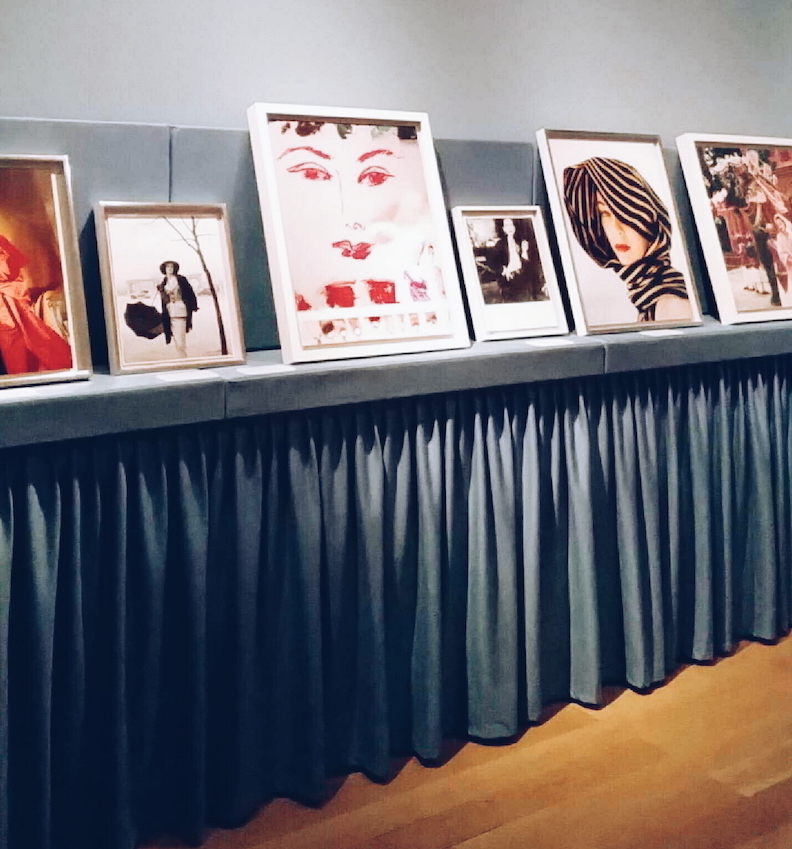 I went to the press preview but I’m going to have to revisit so I can pore over the images and accompanying text at my own snail’s pace. From Helmut Newton’s decadent fashion shots featuring Grace Coddington, to a floor-to-ceiling blow up of David Hockney in his studio (below), there’s a mix of fashion and portraiture that should please everyone no matter their taste.

The exhibition was designed by Patrick McKinmoth and while there are one or two video displays, plus vitrines of transparencies and archive magazines, there’s not a lot of extra ephemera. I was slightly disappointed not to see old letters from Cecil Beaton and co, of the sort that I’ve seen in other exhibitions, but I guess the curator, Robin Muir wanted the photos to be the stars of the show. And they are. 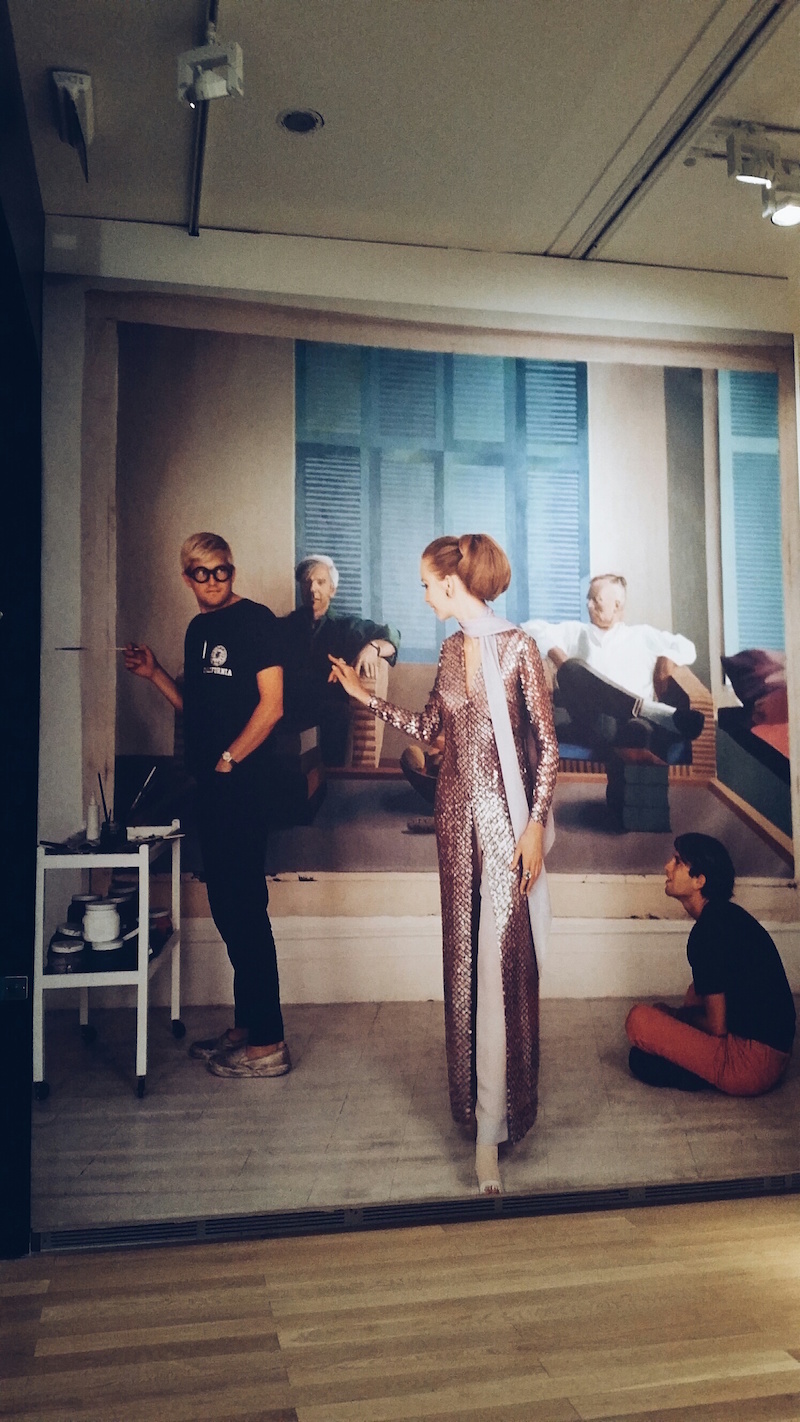 Muir wrote a piece in the February issue of Vogue about tracking down certain elusive images and part of the thrill for photography fans is seeing the original prints (complete with wear and tear) on display. The famous photo of Twiggy on a bike by Ronald Traeger (top) is a favourite of mine, a shot that has been endlessly referenced by successive generations of photographer. In fact, you can witness quite clearly just how influential certain Vogue photographers have been. For example, I’d flag Cecil Beaton, whose quirky English portraiture style can definitely be seen referenced in some of Tim Walker shoots. (Walker started his career in the Vogue picture library and has admitted to soaking up Beaton’s influence by osmosis.)

The exhibition is arranged in a reverse chronological format, the 90s room being my personal favourite, with its controversial-at-the-time Corrine Day shots of Kate Moss slouching in a Hanro vest and grungy tights, styled by Cathy Kasterine. And also the wall of black and white Steven Meisel shots (below), featuring a scrawny Stella Tennant and Plum Sykes wearing recently graduated designers of the time – among them Owen Gaster, Alexander McQueen, plus unknown upstarts sourced from indie boutique, Sign Of The Times. The youth culture shots seem to have the most longevity, possibly because of the raw energy emanating from them. Clearly, authenticity never goes out of fashion. 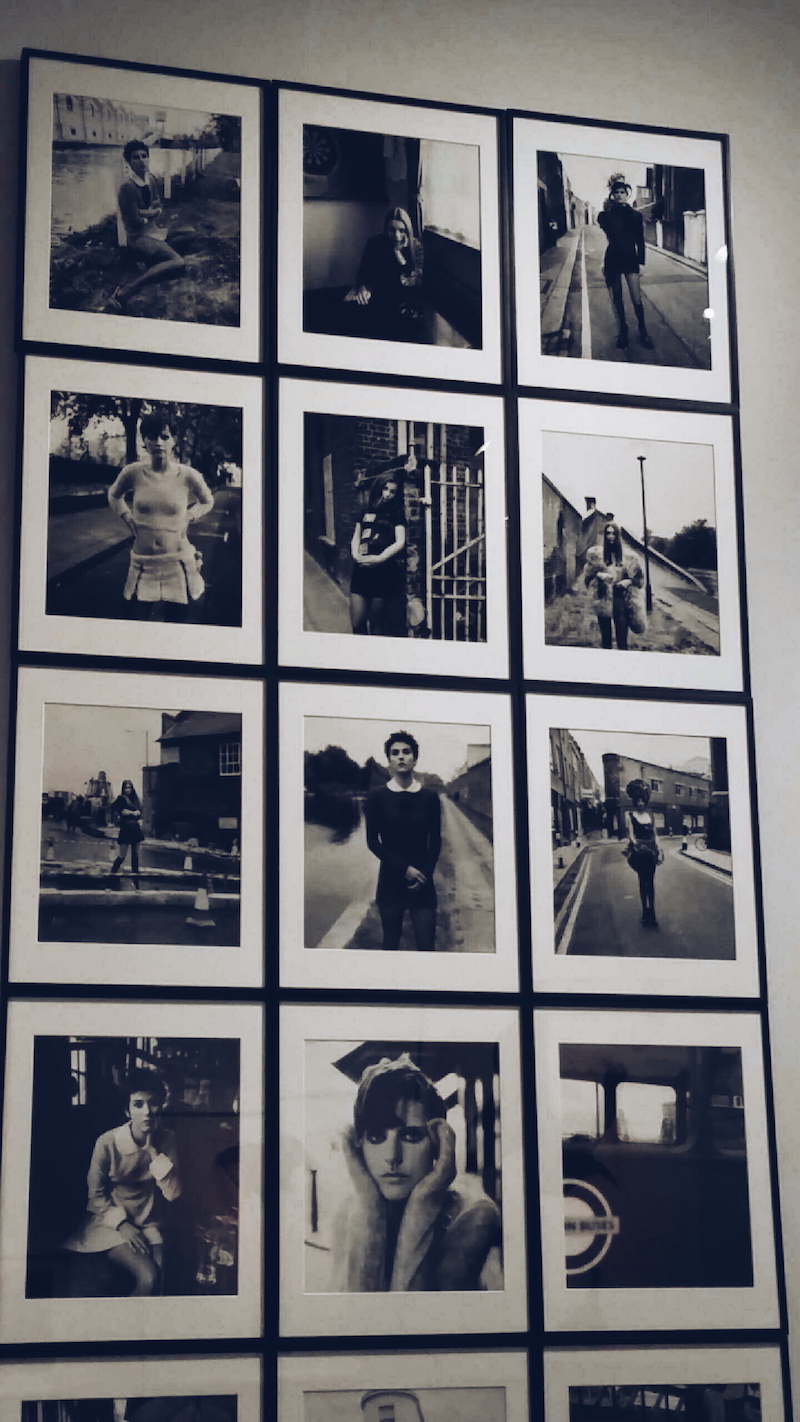 As I mentioned, there are a few illustrations to be seen here too, which I’m so pleased about. They add a different texture to the exhibition and are a reminder of the abundance of the medium during the 1930s and 40s. If you’re a fan of Carl Erickson and Cecil Beaton’s sketches of well-to-do society ladies, then you’re in for a treat. Make sure you go right up close, study the detail and appreciate the brush strokes.

The works of Vogue 100 should be slowly savoured, not rushed through as you would an Instagram scroll. Allow yourself to absorb the stories frame by frame as you’re transported back in time through the last 100 years of stylish history. 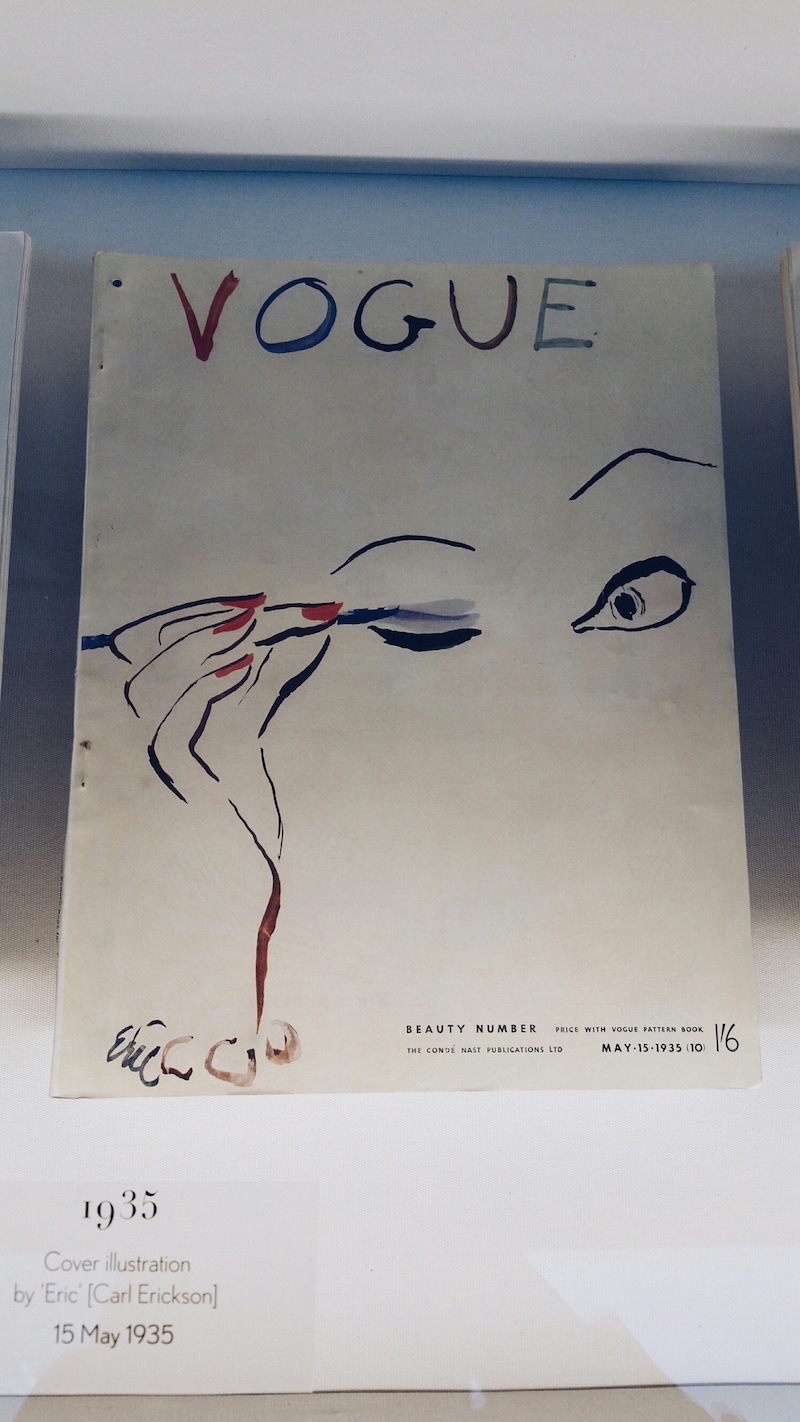 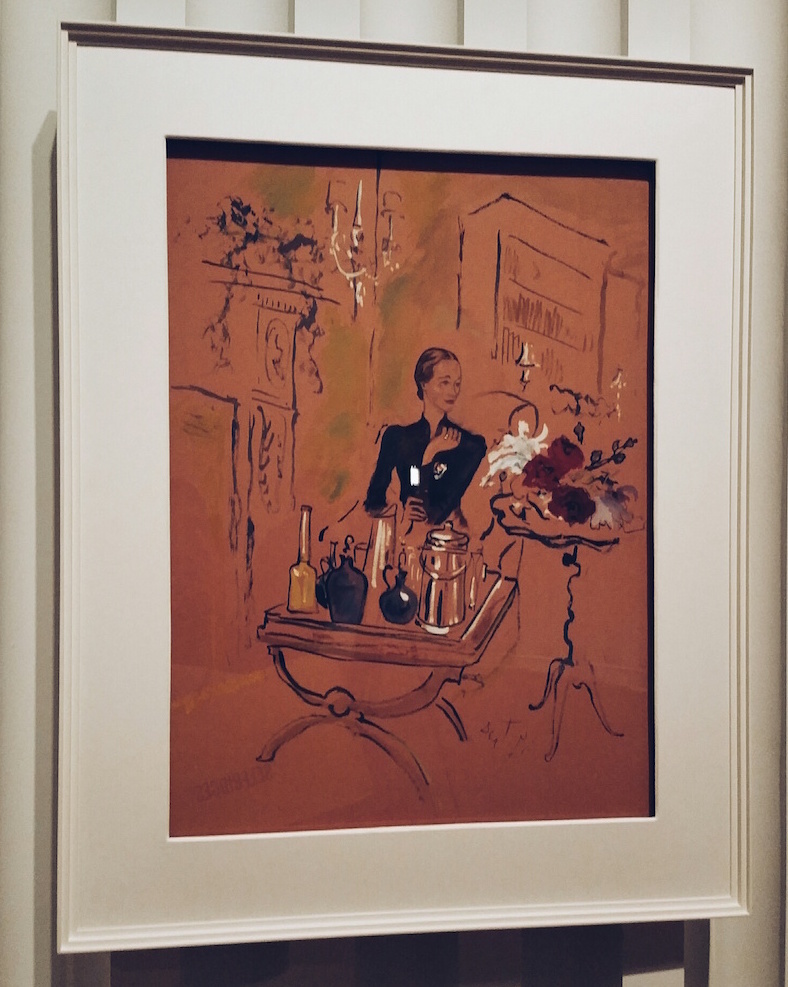 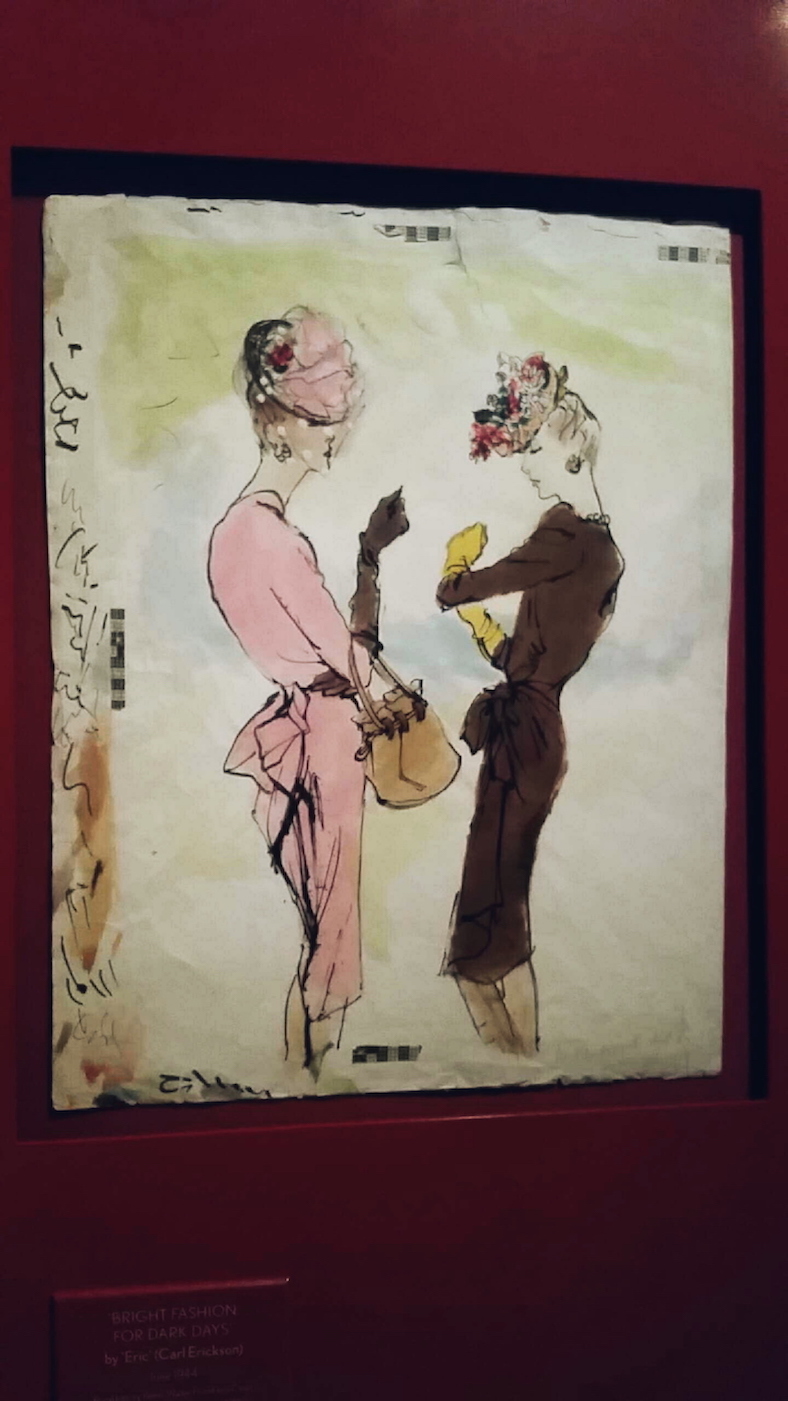