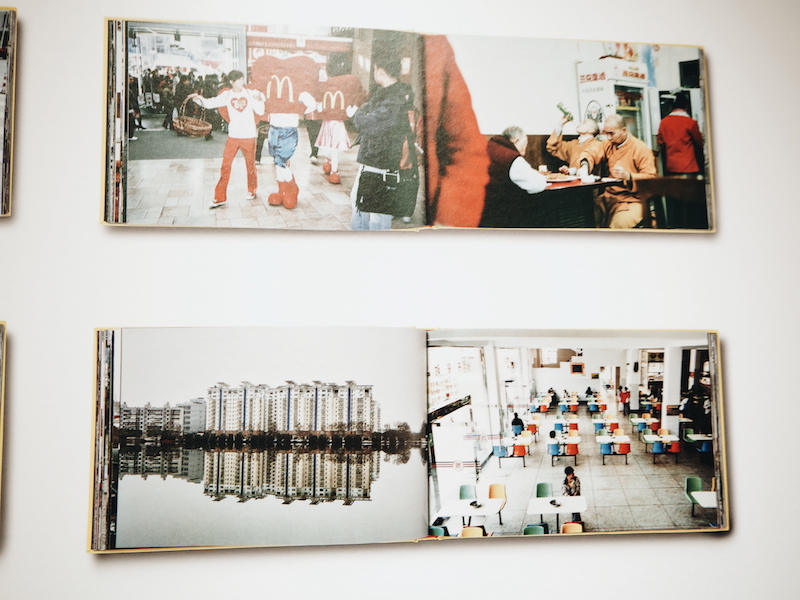 The Photographers’ Gallery in London is one of my secret escapes. It always has excellent, thought provoking exhibitions, there’s a wonderful bookshop and a not-half-bad café.

During Photo London it had a special curators’ tour of the Chinese Photobook exhibition. The tour was jam-packed with overseas press and other visitors but when they went off to the next thing on their agenda I stayed for over an hour to gen up on my knowledge of China and photography via the incredible exhibits on display.

The exhibition came out of the book of the same name – a joint project between the legendary documentary photographer Martin Parr and Dutch photographer duo WassinkLundgren (Thijs groot Wassink and Ruben Lundgren). Martin Parr is well known for his collection of photobooks but when he decided to develop his knowledge of Chinese photobooks, he called on the help of Lundgren, then based in Beijing, to get him access to books that weren’t easily available to the non-Chinese resident. Rare books in China can be bought from flea markets and online auctions, but to buy from an online auction you need a Chinese bank account. Thus the process of compiling The Chinese Photobook book properly began.

The subsequent exhibition starts with books from the early 20th century documenting the colonisation of China and progresses to include the Sino-Japanese war, the Cultural Revolution and the emergence of modern China. The juxtapositions of similar books with very different political agendas is revealing and serves as a great storytelling device. But within that, some of the photography is just really compelling and the book designs elegant and timeless. There’s an image from a book called Front – Manchoukou, An Epic, which is the book version of a propaganda magazine published on behalf of the Japanese military on the founding of the puppet state Manchukuo. The book used the best photojournalists and graphic designers of the time to produce these high quality visuals which look just as fresh and dynamic today.

Towards the end of the exhibition, we get an insight into millennial China, from independent artists producing their own limited photobooks and from those documenting the shifting cultural landscape of the last decade of old-into-new China. Of these, I was intrigued by the story of French photographer Thomas Sauvin who discovered hundreds of old negatives in a recycling plant. He then made it his business to edit this unintentional documentary stash into a series of books that demonstrate twenty years of recent Chinese development. The loose themes (TVs and Fridges, Marilyn and Ronald, Leisure and Work…) serve to highlight the westernisation of contemporary China.

BELOW: The photography and design of this 1928 book, PEKING by German photographer Heinz Von Perckhammer is just stunning… 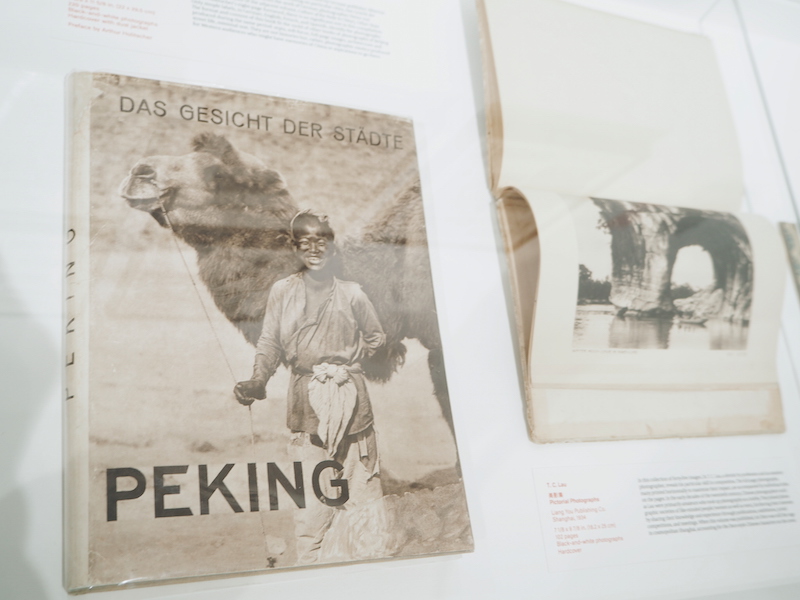 I love the cartoony, illustrative borders of this book layout 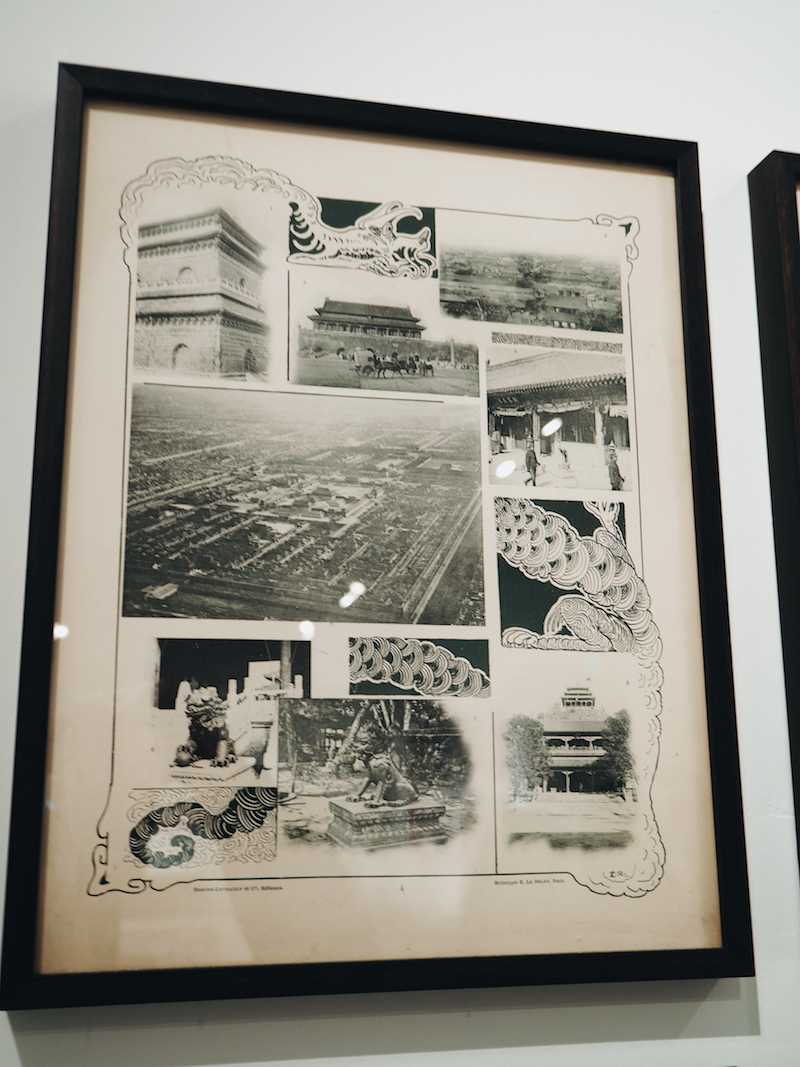 This was a real eye-opener, from the section called Manchuria and the Sino-Japanese War 1931-1947. Japanese and Chinese books are shown side by side, both presenting their own nation in the best light. The designs of the book are remarkably similar, but the contents couldn’t be more different… 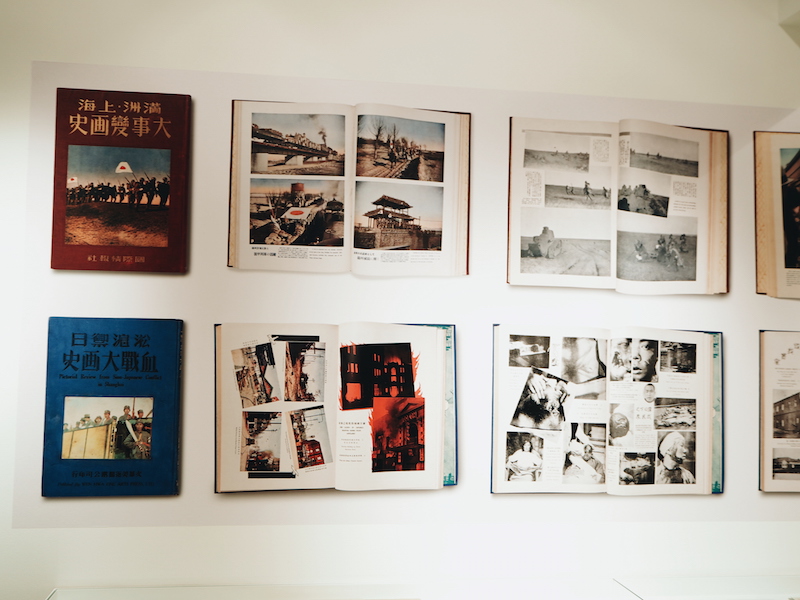 BELOW: Here’s the image I mentioned from Front – Manchoukou, An Epic – the typography and layout remind me of something you might see on a Bruce Weber fashion shoot today 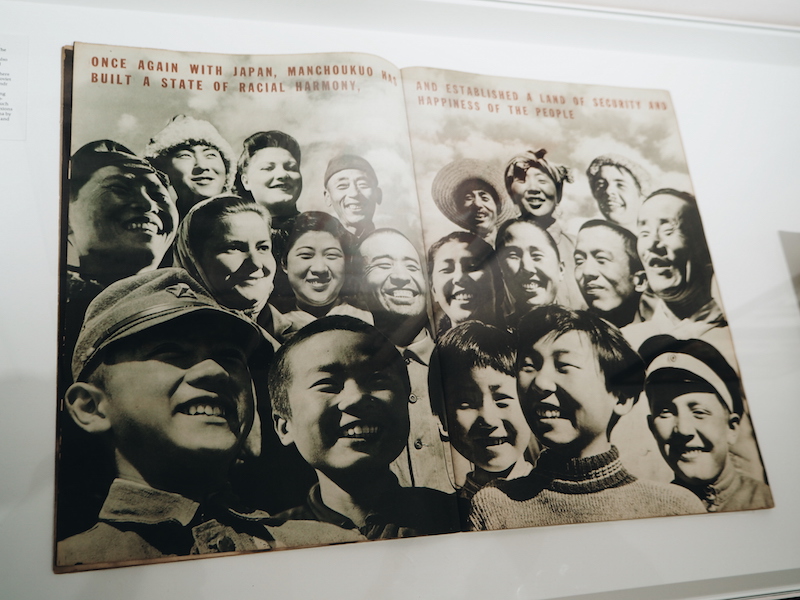 As you get into the Cultural Revolution years, you see the full scale of propagandist books. In this one, Mao’s vice chairman Lin Biao’s face is crudely obliterated from copies of books following an alleged attempted coup against Mao 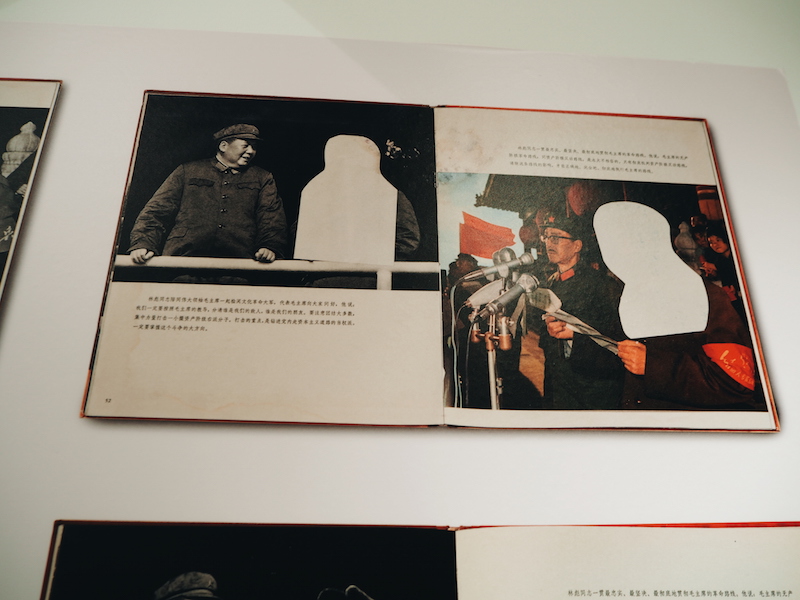 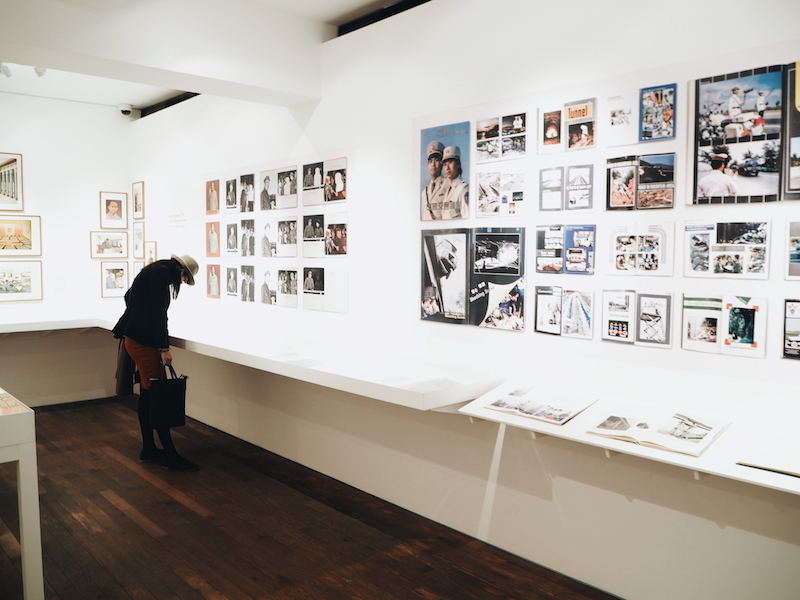 Beautifully presented handmade books from modern day photographers and artists. This is a fairly recent development; independent artists just would not have had the authority to publish their own photobooks in China before 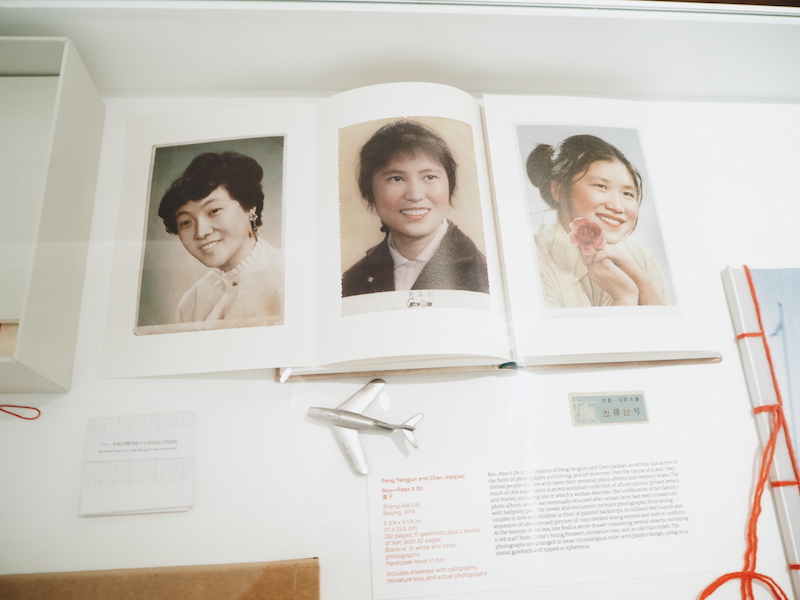 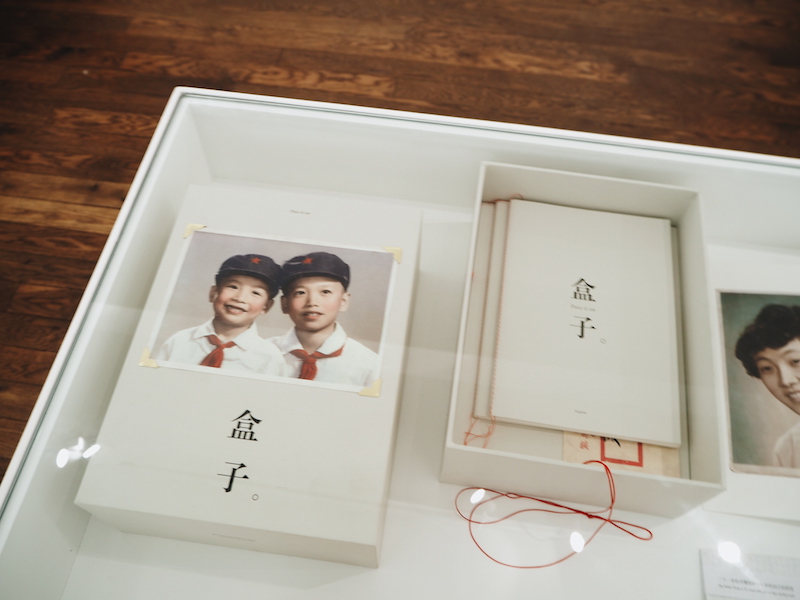 At the end of the exhibition, we get an insight into today’s China from the book Modern Times by the Taiwanese Patrick Tsai (below) and the publications of Thomas Sauvin’s Silvermine (bottom), presented in individual slipcases. 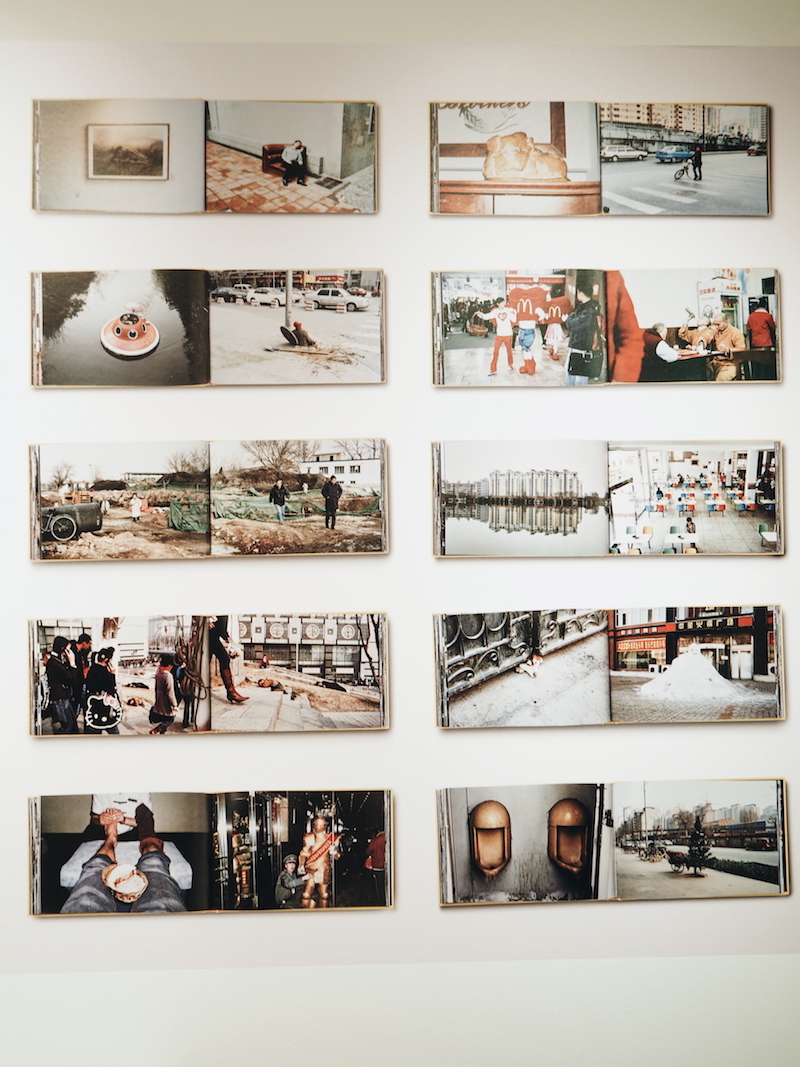 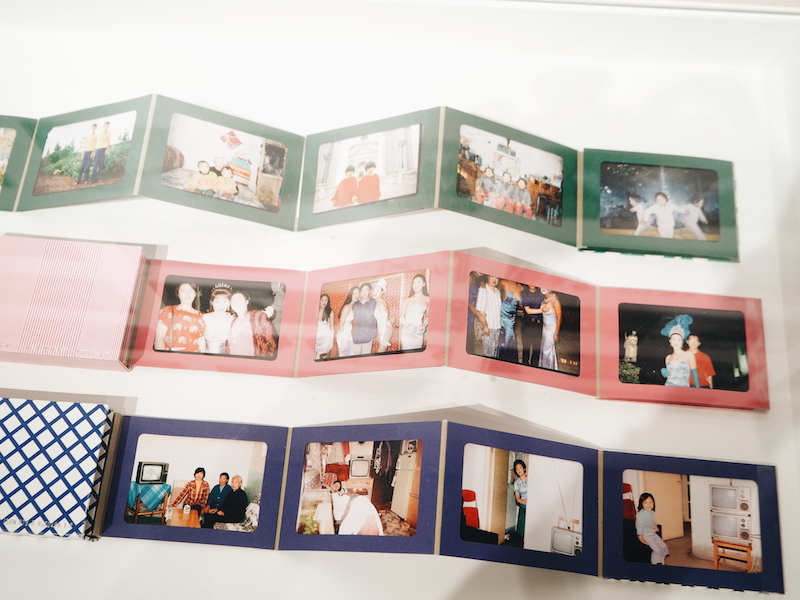 THE CHINESE PHOTOBOOK exhibition finishes on 5th July so do try to catch it if you’re interested in photography and history. And if you can’t make it, the book is definitely a worthwhile (if pricy) buy. All the info can be found on The Photographers’ Gallery website.

Buy it now: All the deets on the latest Chanel Les Beiges additions Buy it now: Hermes Le Bain bath and body line