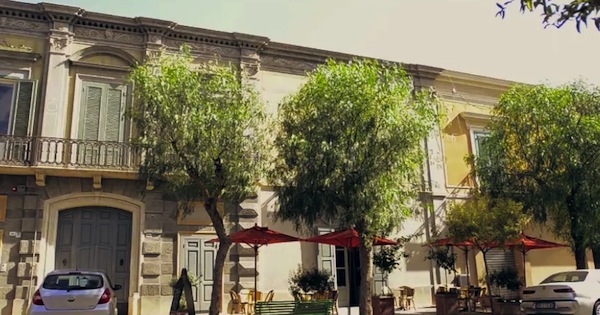 One of the best storytellers out there, here’s Francis Ford Coppola talking about his new(ish) hotel, Palazzo Margherita in this 3-minute film on the relaunched Nowness site. Although there’s also some tasty footage of the hotel rooms and grounds, the star of the film* is neither Coppola nor the palazzo, but his 95-year-old uncle Anton. Watch and you’ll see why…

*Update: I had to take the video off as it was autoplaying, so just click the link to watch