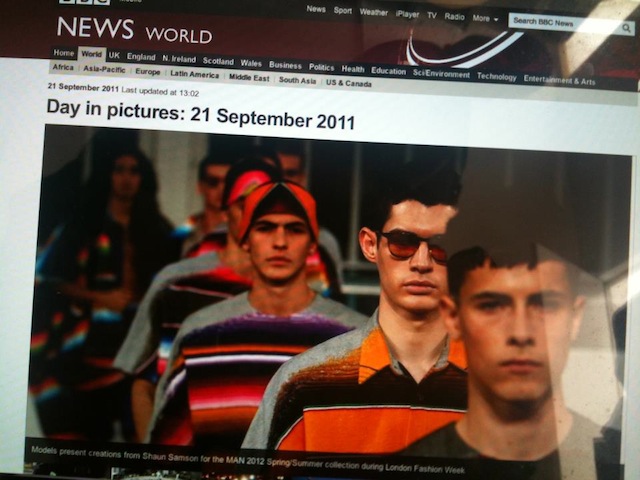 Yesterday saw the culmination of London Fashion Week with Shaun Samson’s eagerly anticipated debut at the MAN show (now in its 13th season sponsored by Topman).

Third in the lineup after Martine Rose and Matthew Miller, there was a pregnant pause followed by a blast of gangsta rap and an explosion of colourful Mexicana stripes. Squint hard and you could see these stripes were bonded to cotton shirts, tunics and skate shorts with his painstaking needle felting technique. It’s the kind of familiar-but-not approach to design that always appeals to me as I like to see things that I might wear, yet I always crave a surprise.

The casting and Matthew Josephs’ styling were superb. Having visited Shaun in his studio a couple of weeks before, I knew the collection was based around his upbringing and San Diego youth surrounded by surfer/grunge/hip-hop kids. He showed me his ideas for the hair, with different fonts for the word SAMSON to be shorn into the back of the models’ heads. This I loved but in the event we saw the opposite – long, surfer-dude mops with the exception of one graphic badass ‘S’ courtesy of Cut Above The Rest. More Mexican blanket stripes were fashioned into headbands, with the rainbow theme taken even further in custom made sunglasses by Garrett Leight. 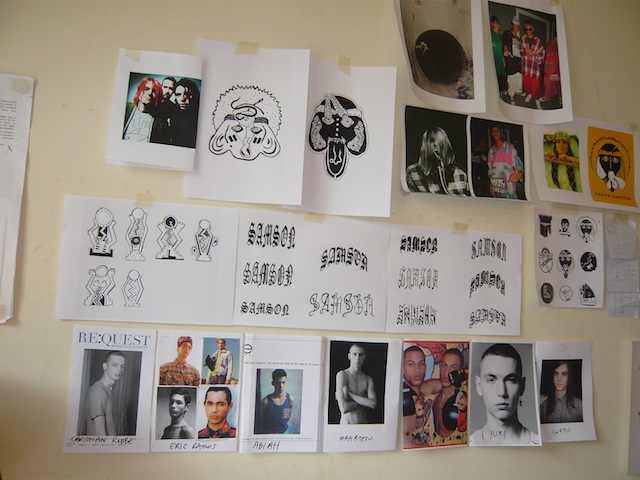 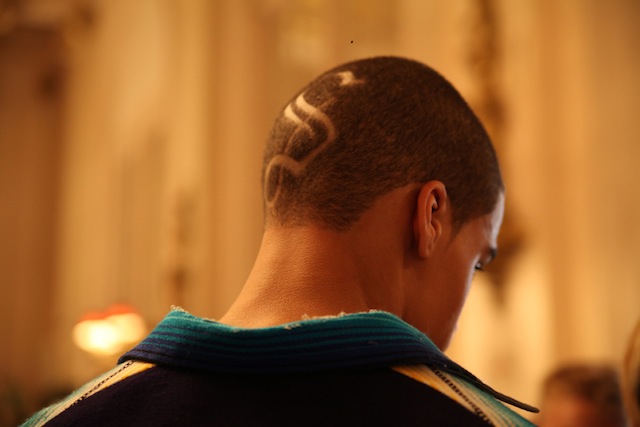 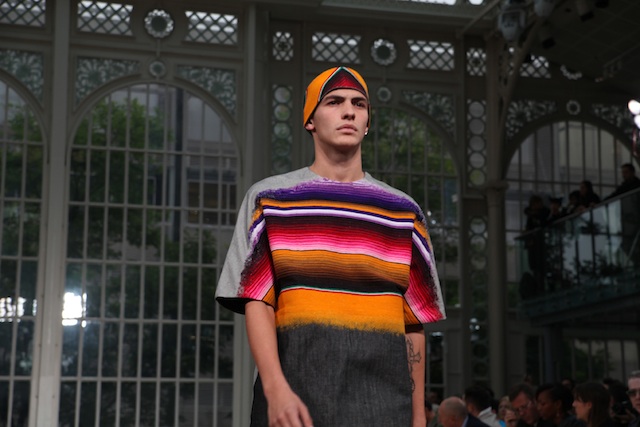 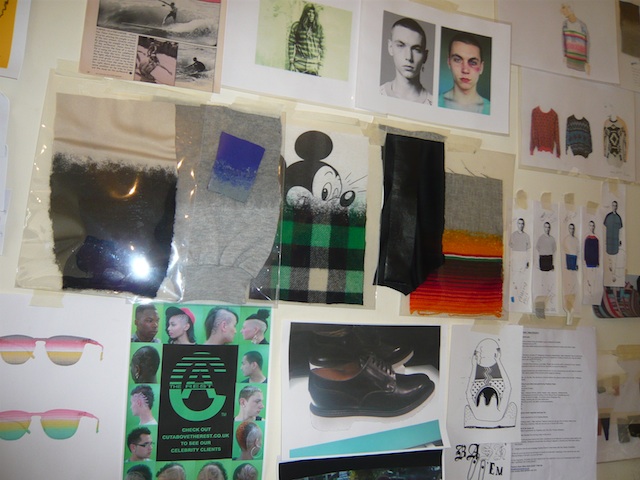 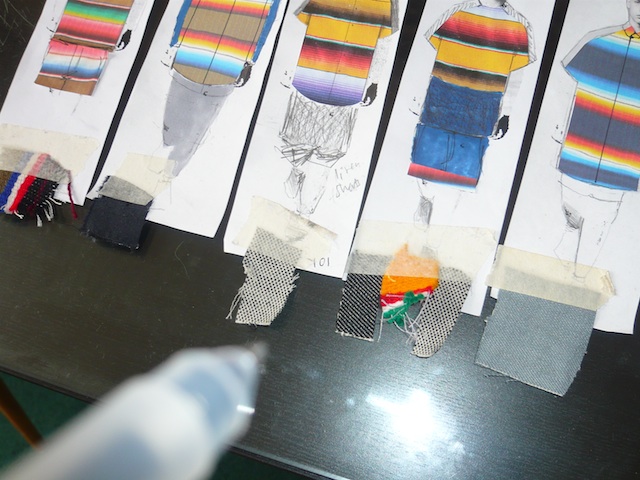 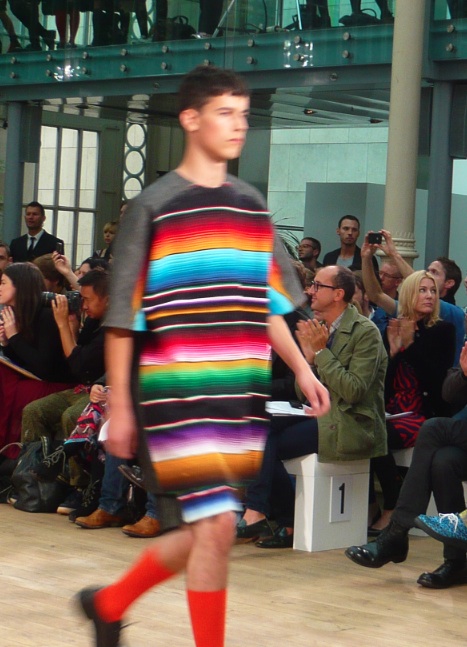 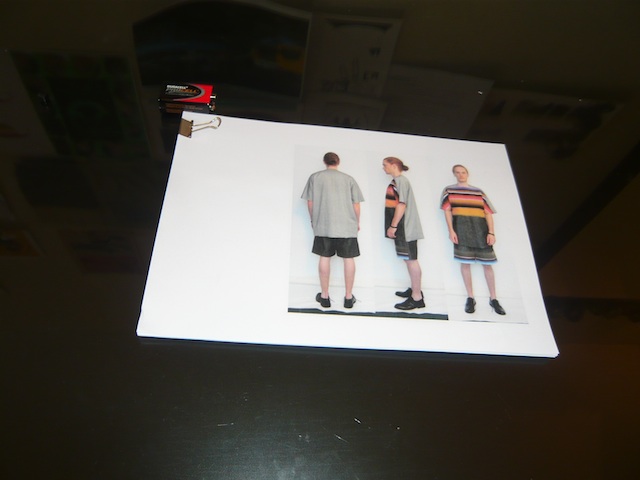 Post-show I was ushered backstage with a camera crew in tow. We were filming Shaun’s show as part of our Peroni Collaborazioni project so I mingled with proud Fashion East mentor Lulu Kennedy while waiting my turn to speak to Shaun. He was surprisingly calm (or maybe not so surprising being a laid back California dude), already thinking ahead to our ‘Italian Style’ project which can now have more of his attention. Today the textile fiend is in Paris at the fabric show Premiere Vision sourcing possible fabric ideas to weave into our collab. When he returns we will meet up to fathom out exactly what we want to celebrate about Italian style (as Milan has just kicked off there’s certainly an Italian mood in the air) and how we’re going to do it… 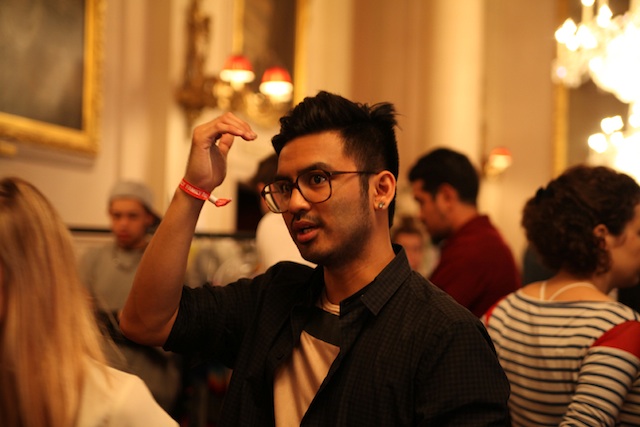 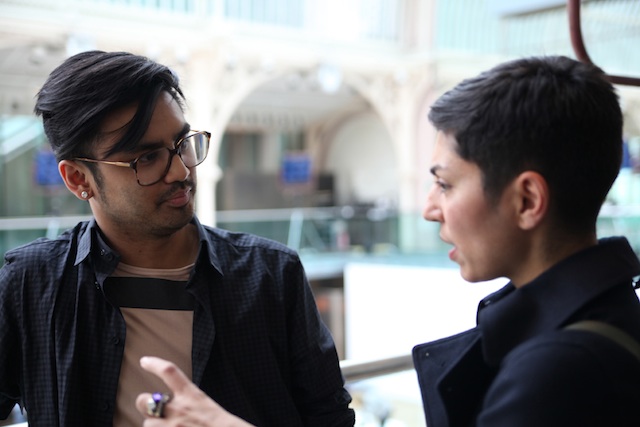