Oh for a rummage through the archives

Some of my favourite twitpics from the Alexander McQueen Savage Beauty Met Ball: 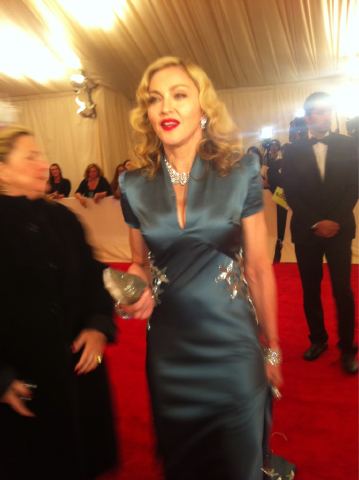 Madonna in Stella McCartney. This reminds me of a very similar gown I have by Stella McCartney from her Chloe days, in black with short puff sleeves. The cut is incredible and I think Madonna looks beautiful here 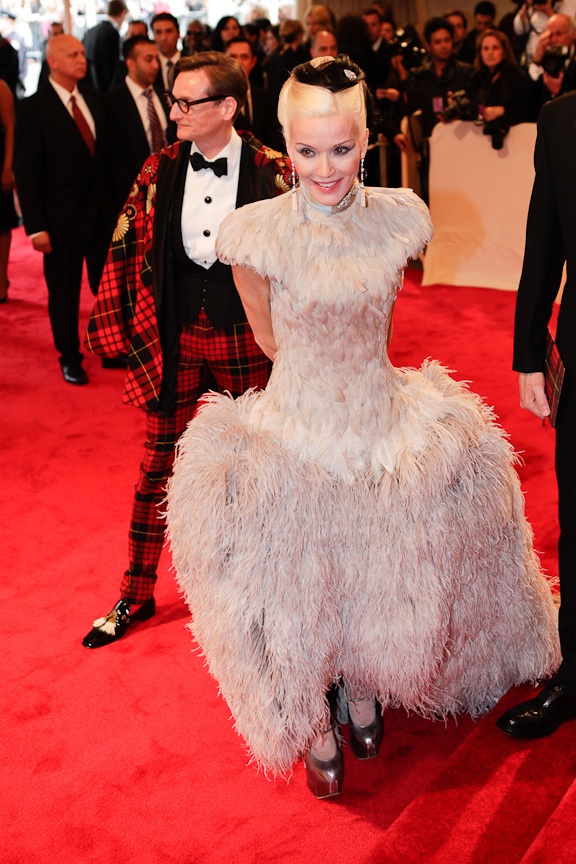 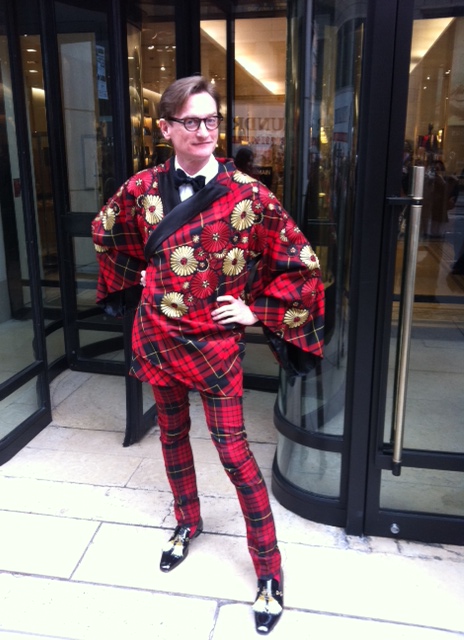 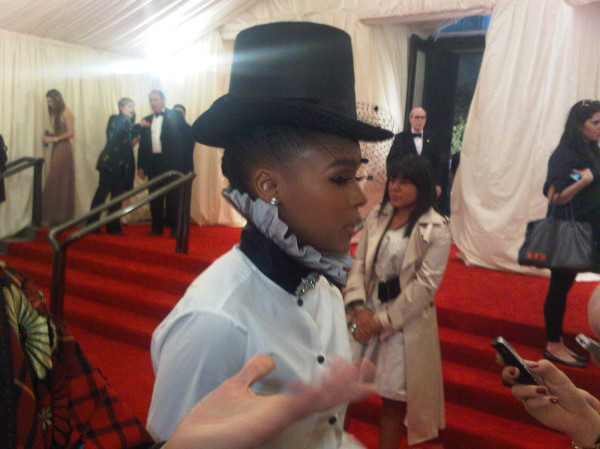 Janelle in Chanel. How cool? 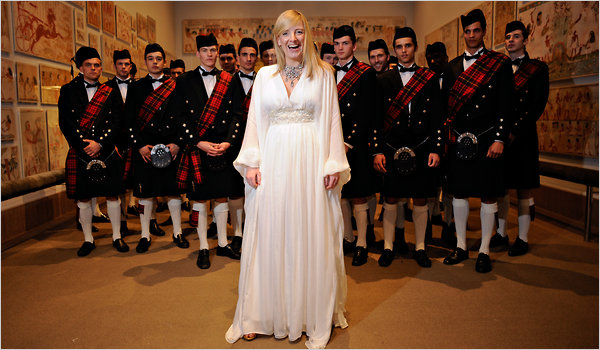 The Savage Beauty exhibition runs at the Metropolitan Museum of Art until 31st July and needless to say, it’s quite a journey through the archives. At the press presentation breakfast at the Ritz during London Fashion Week, I caught up with my old clubbing mate Olivier Van de Velde who helped with the mammoth task of putting the McQueen archive into some sort of order. For years it had been not-very-respectfully stored until Van de Velde took it upon himself to start the process and now the collections are meticulously labelled and stored – and rightly so.

On the subject of fashion designers’ archives, wouldn’t it be lovely if these amazing treasure troves were open to the public? Four years ago, Wallpaper magazine produced a fashion shoot (below) using the vaults of Hermes, Fendi, Louis Vuitton, Valentino and Armani as the backdrop. Imagine the fun they had snooping around on the shelves! May I propose a global fashion version of London’s annual Open-City events (when places of architectural interest are open to the public on certain days) but instead, we have groups of fashion geeks chaperoned around the archives of Burberry, Chanel, Dior and Balenciaga? “LOUIS VUITTON PATRIMONY COLLECTION, ASNIERES (above): Located just north of Paris, the site where Louis Vuitton set up his workshop in 1859 now holds the LV Patrimony Collection and a private museum. It is also where special-order items are produced. Started at the end of the 19th century by Gaston-Louis Vuitton, the collection now contains around 9,000 pieces, each wrapped in white polythene fibre to preserve it. Some 150 new items are added each year.” 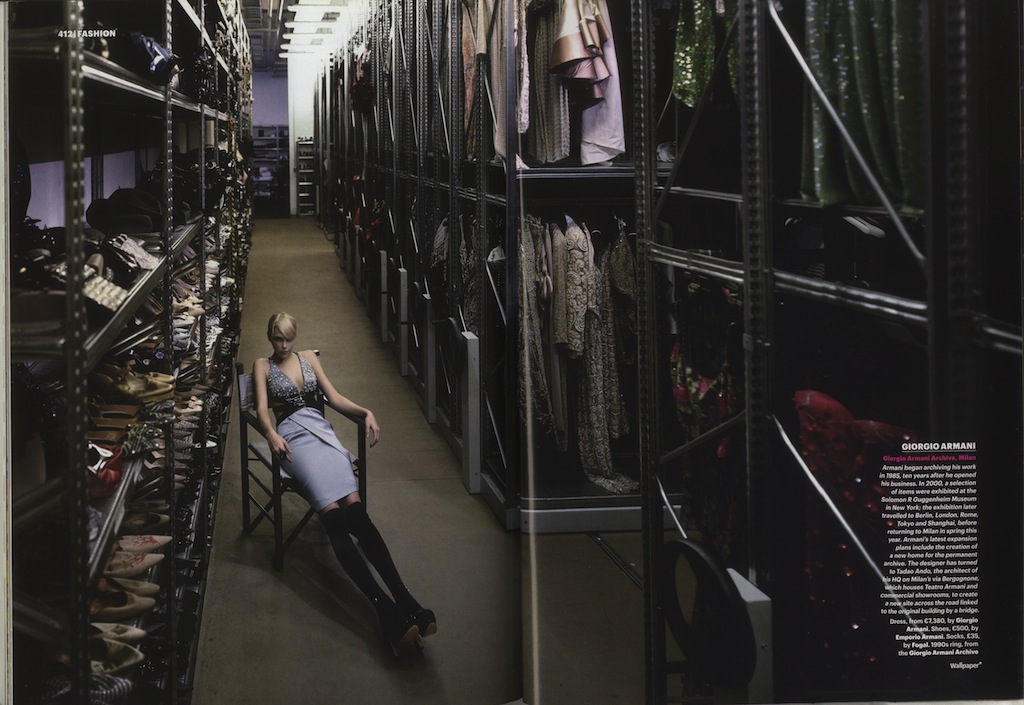 “GIORGIO ARMANI ARCHIVE, MILAN: Armani began archiving his work in 1985, ten years after he opened his business. In 2000, a selection of items were exhibited at the Solomon R Guggenheim Museum in New York; the exhibition later travelled to Berlin, London, Rome, Tokyo and Shanghai, before returning to Milan.” 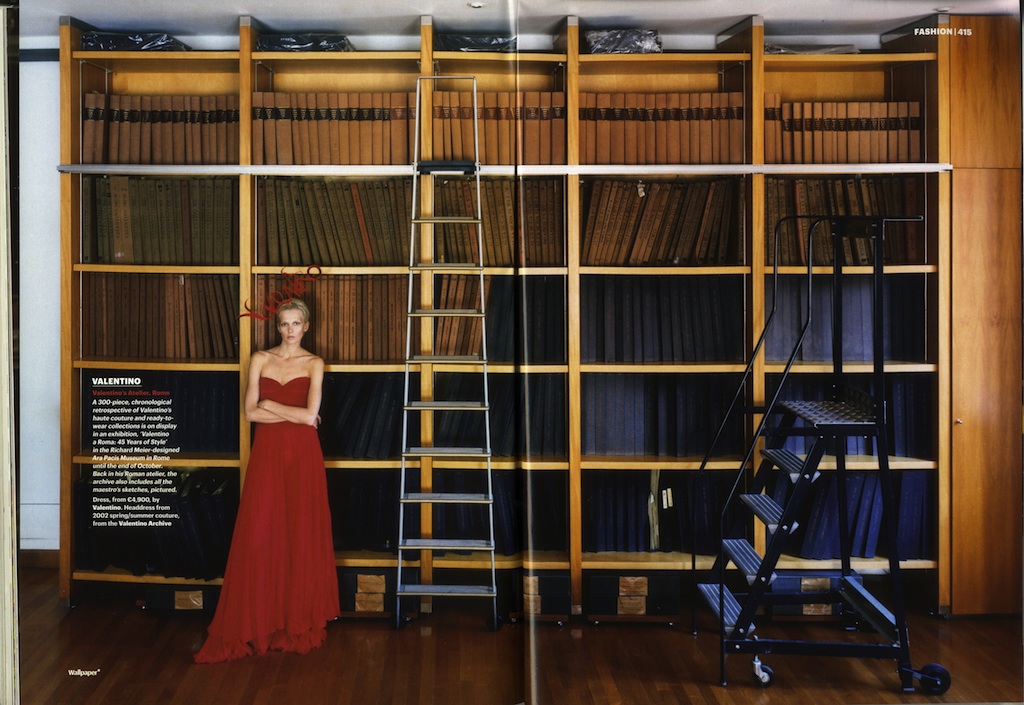 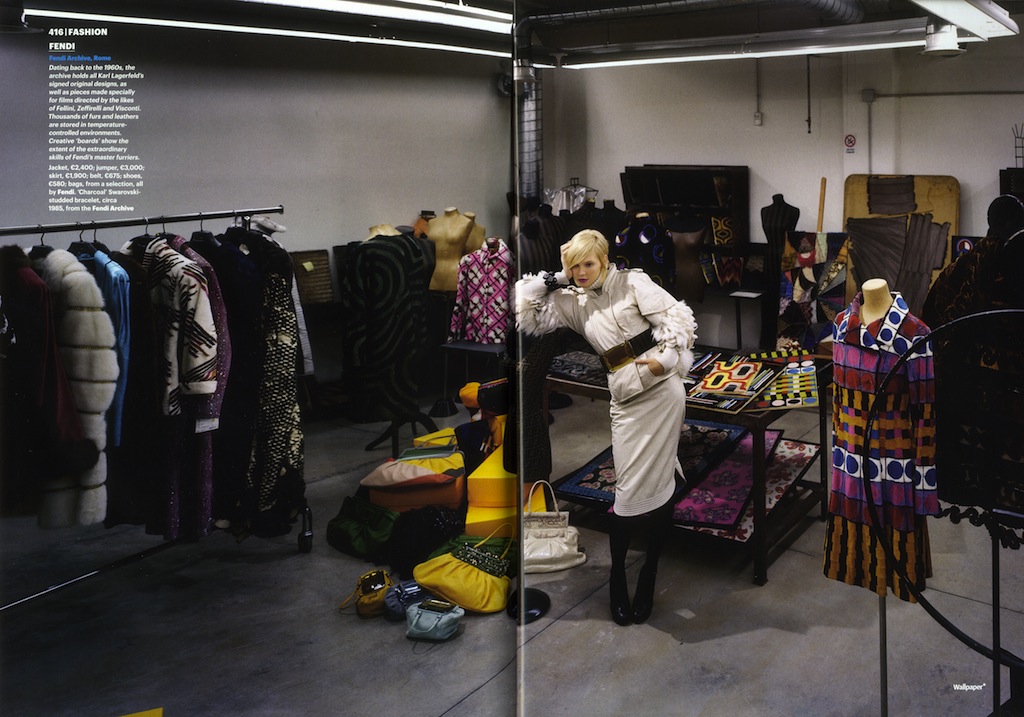 “FENDI ARCHIVE, ROME: Dating back to the 1960s, the archive holds all Karl Lagerfeld’s signed original designs, as well as pieces made specially for films directed by the likes of Fellini, Zeferelli and Visconti. Thousands of furs and leathers are stored in temperature-controlled environments. Creative ‘boards’ show the extent of the extraordinary skills of Fendi’s master furriers.” 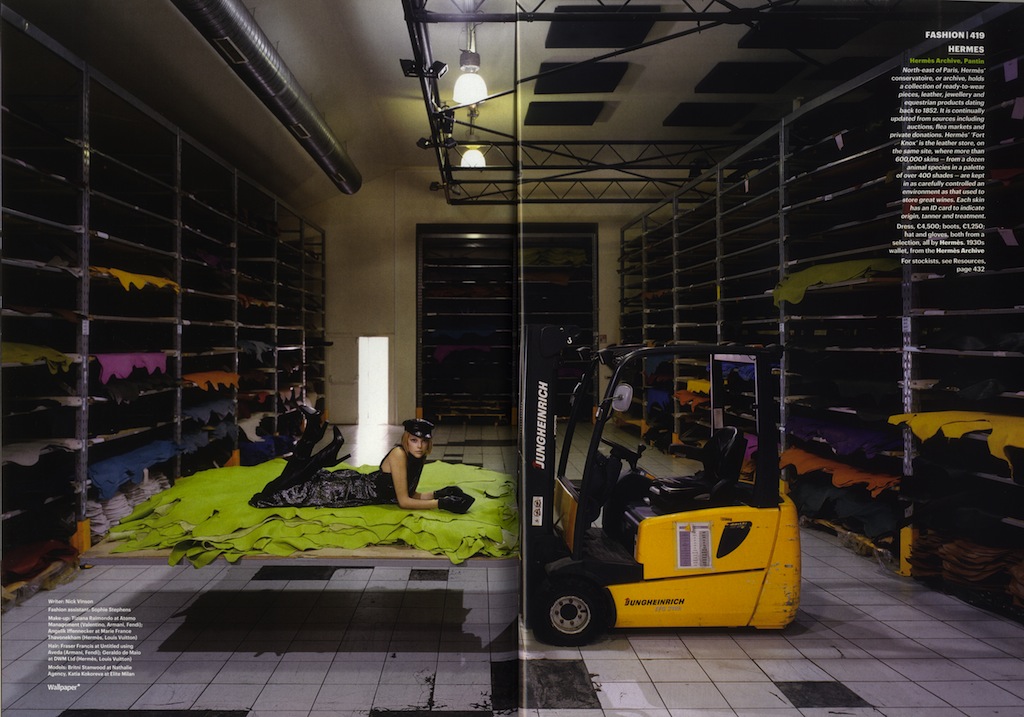 “HERMES ARCHIVE, PANTIN: North-east of Paris, Hermes’ conservatoire, or archive, holds a collection of ready-to-wear pieces, leather, jewellery and equestrian products dating back to 1852. It is continually updated from sources including auctions, flea markets and private donations. Hermes’ ‘Fort Knox’ is the leather store, on the same site, where more than 600,000 skins – from a dozen animal species in a palette of over 400 shades – are kept in as carefully controlled an environment as that used to store great wines. Each skin has an ID card to indicate origin, tanner and treatment.”

Meanwhile, the current issue of COS Magazine has an interview with Kaat Debo, director of Antwerp’s Momu Fashion Museum, who explains that Belgian designers are increasingly interested in storing their archives at Momu. “Their archives are growing, and they don’t have the expertise to look after them,” says Debo. “One day they may find they have a leaking roof or a moth plague, so now we’re starting to get some really interesting collections.” Eek, I sincerely hope there weren’t any ‘moth plagues’ at Alexander McQueen HQ pre-archiving. Moths didn’t get to the Pringle of Scotland archive but sadly, a fire did. Most of the pieces were damaged so the local people in the factory town of Hawick donated all their old Pringles to help fill up the archive – some of the best pieces will go on display this summer.

VIDEO: Disneyrollergirl and Liberty London Girl discuss the business of blogging From the vaults: Rainbow rollergirls