Are NFTs, digital currencies and ‘The Internet of Value’ really going to change modern life forever? 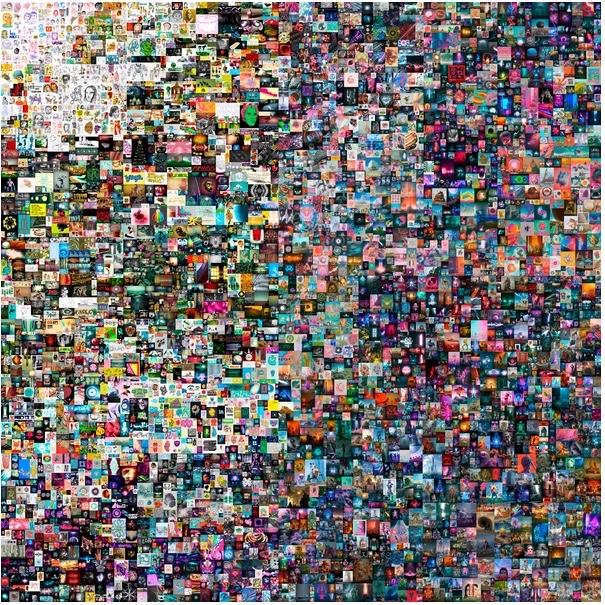 This month I’ve not been able to move for news and hot takes (pay wall) on NFTs. I don’t know how long they’ve been around but like most media people, I got wind of them after the artist Beeple sold an NFT (essentially a one-off digital file) of a digital collage he had made (pay wall) for $69.3 million. Boom! Suddenly everyone was interested.

I read a succession of articles to get my head around them but I should have just waited. Because Professor Scott Galloway has the ultimate explainer on his recent podcast with smart futurist Raoul Pal. In it they unpack why NFTs (non-fungible tokens – sexy acronym huh?) and the digital assets business will be important for the future of musicians, gamers, online influencers, communities and direct-to-consumer businesses. And even further, how they will disrupt and democratise banks, insurance and traditional supply chains. Allegedly.

In the podcast Raoul Pal talks with evangelical zeal about the ‘Internet of value’. “Everything that is built on the Internet and the new digital world we have built, whether it’s gaming, digital artwork, I.P rights…is all coming onto blockchain technology. And this is going to be the format of the exchange, storage, transmission of value across everything.”

So WTF are NFTs?

NFTs are like individual digital files embedded with a unique code called a ‘token’. So an image, a GIF, a piece of music, that contains a blockchain token that’s traceable, meaning that when someone sells that image, GIF, etc. there’s a digital paper trail that can be tracked. This gives the buyer proof of authenticity and ownership. Pal’s theory is that these digital assets and related online marketplaces can potentially take power away from the middlemen and gatekeepers who traditionally make all the money, allowing the original creators to record ownership of their creations and have more control.

Communities will be able to be tokenised. Football clubs, music artists, social media influencers will be able to have tokens that reward their communities, for example, offering direct-to-fan inside access, or decision-making such as choosing a new football kit. Pal calls these ‘behavioural incentive programs’, and believes they take power from Google and Facebook and give it to the communities.

Referring to the way Facebook And Google disrupted the publishing industry by making it reliant on their platforms, he claims the new way will create a change in the power of who gets to monetise. In particular Pal points to Gen Z’s gaming behaviour and how they have been engaging in this type of behavioural economics for a while already.

While some may find it all rather far fetched (Professor Galloway certainly seems a little flummoxed), we can indeed see evidence from the last few years of gaming culture. Gen Z kids do their socialising on gaming platforms, so everything digital has value to them, according to Pal. So while I (as a Gen Xer) might find the idea of spending real money on virtual clothing for a gaming character somewhat pointless, this is something gamers have done for years, buying digital assets such as skins. It’s no different from my generation ‘flexing’ by wearing the latest trends in physical form. For Gen Z it’s all part of being immersed in the alternative ‘metaverse’, and something that has no doubt been accelerated by Covid lockdowns.

Where things get super futuristic but no less interesting is around the 15-minute mark where P-Gal and R-Pal discuss the decentralisation and democratisation of finance. The idea is that “the digital asset ecosystem will grow so big, so fast with everything going onto the blockchain that it will be the biggest thing we experience since the emergence of the Internet itself”.

While I’m strictly an analogue and cash girl, it’s hard not to be sucked into all this futuristic hyperbole. And for those flagging the eco-unfriendliness of digital currency mining, Pal has a surprising response. He is sceptical of that narrative and believes there will be a move to hydropower from mines based in the Arctic north, thanks to investment in green technology.

At the moment, it’s hard to predict which way things will go. With all the hype, the clamour to create and buy NFTs doesn’t surprise me at all. I prefer the wait and watch approach, but it’s definitely worth listening to the whole podcast here.