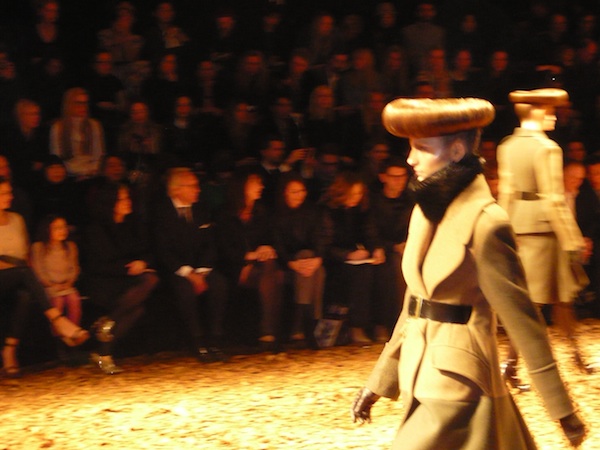 It wasn’t the mainline and so understandably expectations may have been low. The McQ label had become known for wearable pieces, lots of print and jersey, with McQueen motifs to appeal to a younger, less cash-rich customer. McQueen recently bought back its own license with the intention to design McQ inhouse and focus on the rebellious youthful codes of tartan, punk, denim, kilts and other signatures we associate with the British brand. But a year on, yesterday’s collection took a different turn. Under the direction of Sarah Burton, the latest incarnation of McQ featured breathtaking greatcoats and structured dresses with heavy embellishment, each one fuller-skirted and more decorative than the last. The construction, fabrication and finish were better than many ready to wear lines. Forget what you know, this McQ show was no diffusion line, it was a ready to wear collection.

Aside from the clothes themselves, the production was of course a proper show, full of atmosphere, tension and energy. And a surprise at the end. Models with immense bun-heads marched around a square of autumn leaves until the grand finale when a ghostly Kristen McMenemy slowly emerged in a white tulle dress to the sound of gunshots. Behind her a forest (an actual forest) lit up as she picked up a white rope from the leaves and pulled herself along it. It could have been a hologram, so otherworldly did it look but no, it was for real. McMenemy walked along the rope into the forest until she reached a shed and disappeared inside. That was incredible but that wasn’t it. Following the rest of the models’ finale walk-through and Sarah Burton’s bow, the audience dashed into the ‘forest’ to take photos of Kristen in the shed (by now with champagne flute in hand) and to generally ‘ooh’ at the set design. The audience and the set had become one…the audience had become the show. It was bizarre, surreal, thrilling and unlike anything we had seen or are likely to see all week. In fact, it was a bit like the old days of McQueen shows in London and as such it summed up everything that London fashion is celebrated for. Welcome back to London McQ! 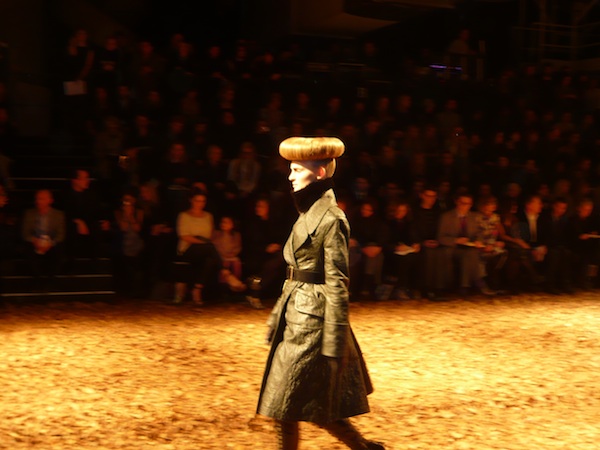 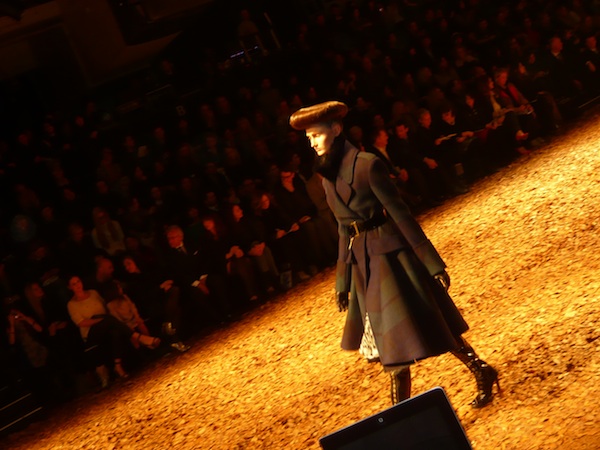 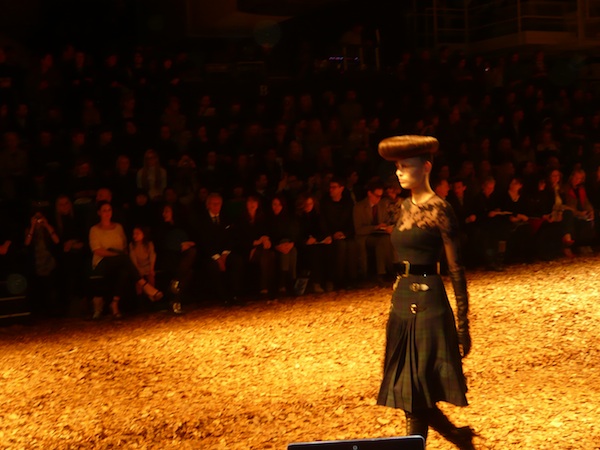 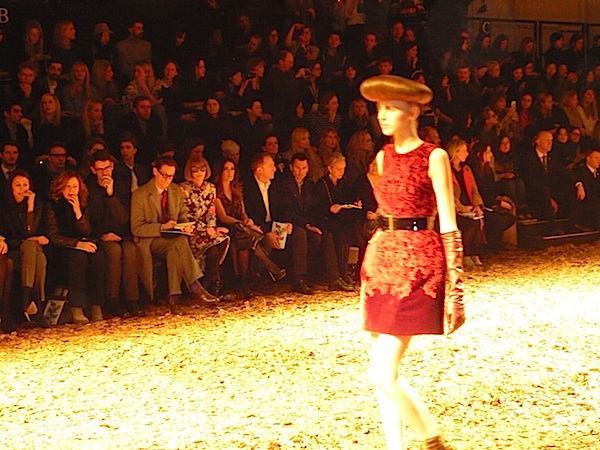 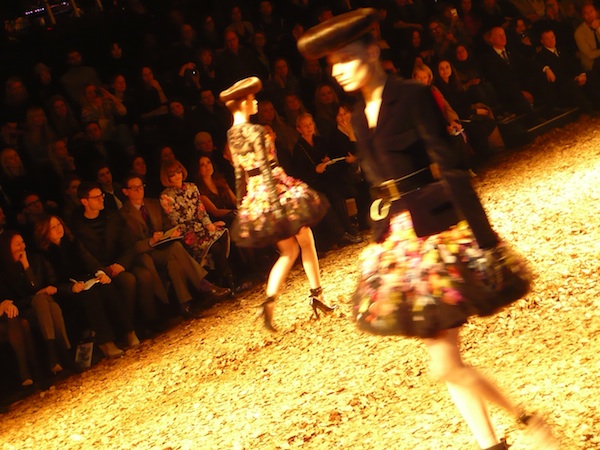 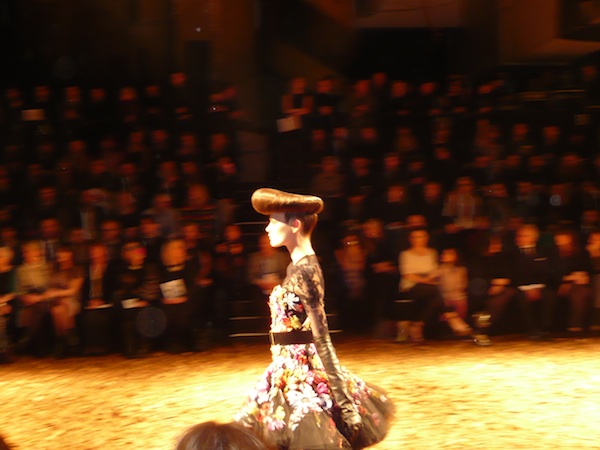 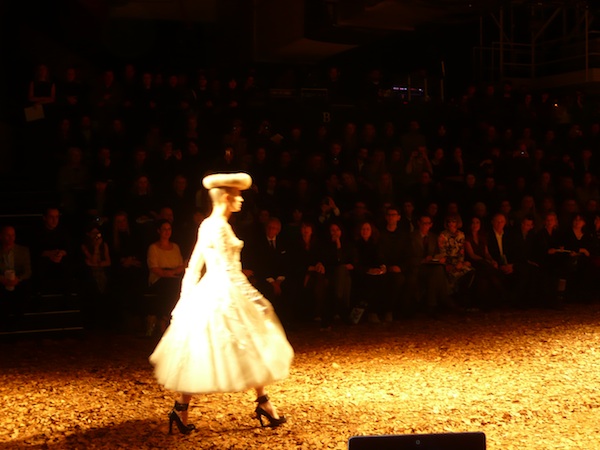