Opening today at the ICA is Juergen Teller’s ‘Woo’ exhibition. I’m desperate to see it, in particular his landscapes that I’ve only recently discovered. Here’s a clip I found (above) of him shooting Helena Bonham Carter with his two Contaxes. And here’s another one (below) of him shooting Kate Moss. (Venetia Scott makes an appearance too)…

This is proving to be a bumper year for art and fashion exhibitions, with a thread of pop culture, fashion and youth culture running loosely through them. My wish list includes…

25 January – 23 February: Bowie Nights at Billy’s Club, London, 1978 – photography by Nicola Tyson
I think I found out about this on Facebook. There’s a lot of buzz about this post-punk scene at the moment, and this exhibition at 9 Balfour Mews, W1 (Tues-Sat, 11-6) promises some unseen photos and ephemera of the time. By the way, if you’re interested in this scene, you should definitely invest in a copy of We Can Be Heroes and join its Facebook group. 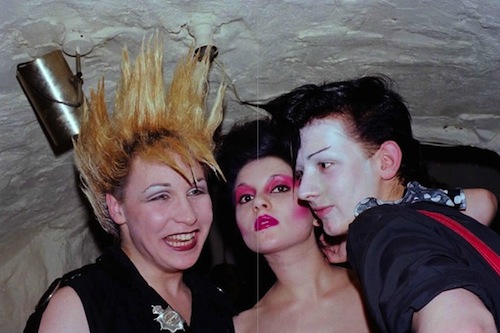 30 Jan – 12 May:  Schwitters In Britain
As I’m a collage obsessive, I can’t wait to see this. I love his work but don’t really know much about Kurt Schwitters and I had no idea he spent time in England during the war. This exhibition at Tate Britain includes over 150 collages, assemblages and sculptures focussing on his Brit-based work, plus there’s a curator’s talk on March 1st. 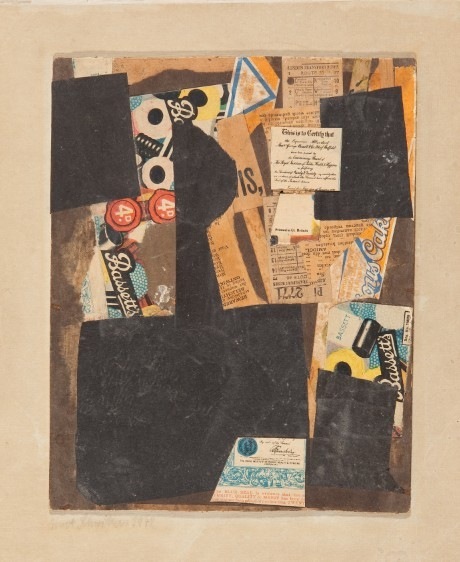 8 February – 12 May: Glam! The Performance of Style
Pity this year’s curators who must have had a real battle to secure some of their major exhibits what with all the overlapping themes going on. Tate Liverpool’s spring show looks at the androgyny and theatrical extravagance of  1970s glam culture, including the work of Cindy Sherman, Guy Bourdin and Derek Jarman, plus pop art greats, Andy Warhol, Allen Jones and Richard Hamilton (below). 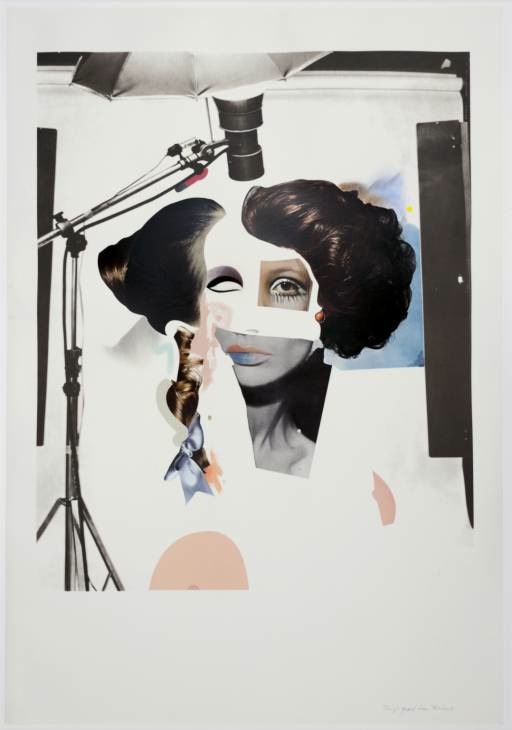 21 February – 27 May: Lichtenstein, a retrospective
Another Tate corker (this one’s at the fantastic Tate Modern), I have a feeling this is one that might necessitate two viewings. I’m especially thrilled at the prospect of ‘a selection of previously unseen drawings, collages and works of paper’. 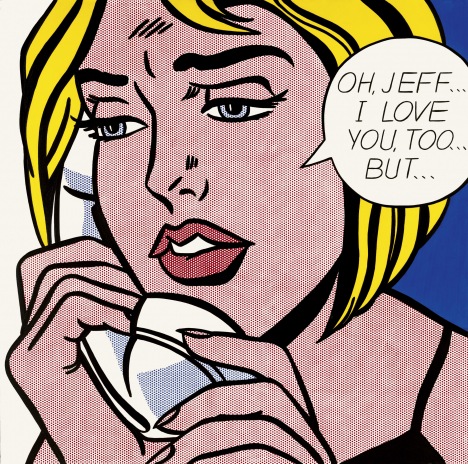 23 March  – 28 July: David Bowie Is
Alongside original costumes and fashion items from the archives, this exhibition at the V&A promises over 300 exhibits including handwritten lyrics, music videos, set designs and Bowie’s own instruments. I don’t always love exhibitions about pop stars (sometimes they can be just too much – I’d rather they held back a little) so it will be interesting to see how this one is staged. I still can’t wait though… 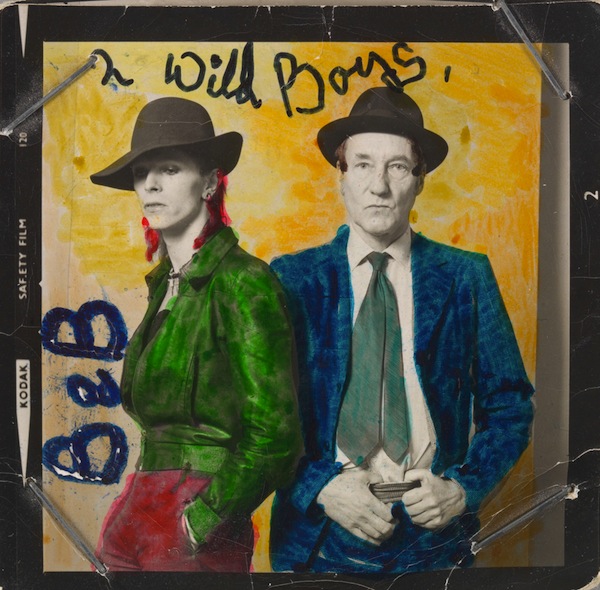 14 April – 5 Aug: Claes Oldenburg: The Street and The Store
It’s highly unlikely I’ll get to see this exhibition at New York’s Museum of Modern Art but it’s on my wish list anyway. It focuses on Oldenburg’s work during the early sixties, exploring the relationship between painting and sculpture via installations of The Street (New York style chaos and debris) and The Store (mixed media sculptures of everyday city food). I so want to see this stuff close up… 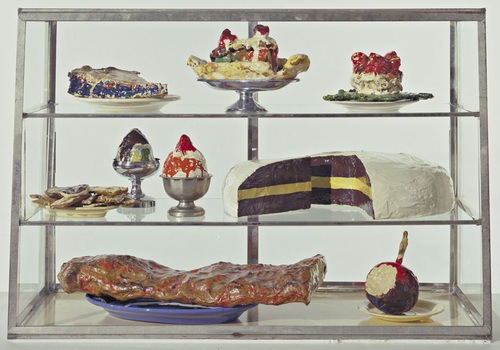 9 May – 11 Aug: PUNK: Chaos to Couture
Another one in New York! This is the big fashion exhibition of the year at the Metropolitan Museum of Art and I’m gutted I’ll miss it. The angle of this is to contrast the raw DIY elements of Westwood-McLaren era punk with the more refined craft and materials of couture and luxury RTW. Expect the Zandra Rhodes safety pin dress and plenty of Comme, Rodarte (below) and McQueen, alongside Situationist relics from SEX, Let It Rock and Seditionaries. Bringing everything to life will be videos and music to produce an  ‘immersive multimedia, multisensory experience’. Nick Knight is on board as creative consultant so you know this will be phenomenal. Fingers crossed they live stream the MET Gala again as well… 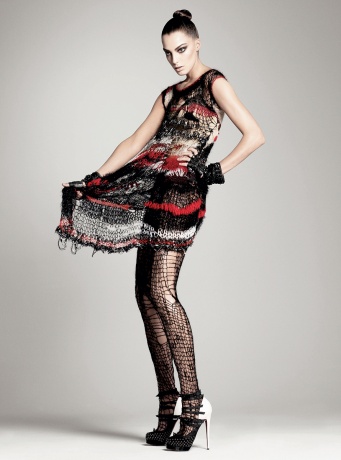 10 July – 16 February 2014: Club to Catwalk: London Fashion in the 1980s
Possibly the one I’m most excited about, this major V&A exhibition explores one of the richest decades of youth culture in a time when we’re wondering if we’ll ever experience such spirited excitement in fashion ever again (er jaded much?). There’s still a lot to be organised which I imagine is why the website info seems a bit lightweight so far, but it does mention Taboo, Heaven and Leigh Bowery, plus the magic word (for me), ‘Bodymap’. There’s bound to be a ton of extra-curricular events tagged on to this which is something they do really well at the V&A, so I’ll report back when I know more. 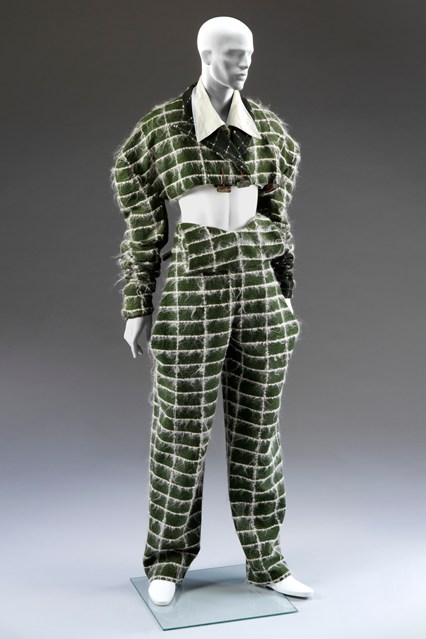 Bringing back the ‘Comma’ heel WANTED: More Dash Than Cash 2013