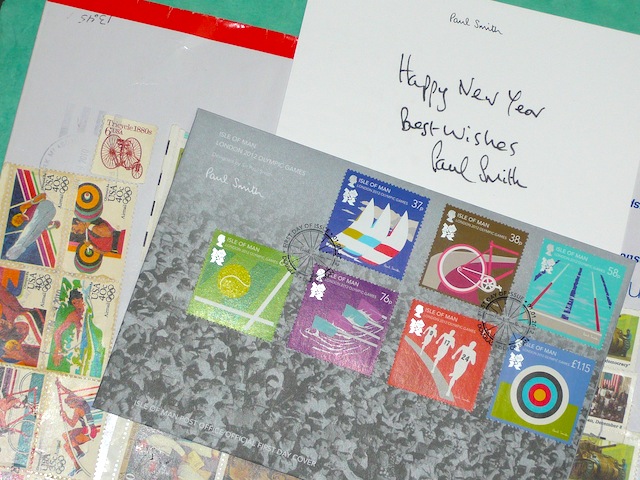 Just arrived for my stamp collection, the new stamps designed by Paul Smith to commemorate the 2012 Olympic and Paralympic Games. A collaboration with the Isle of Man Post Office, they come in a single miniature sheet for £3 or a hardback collector’s book for £50. Paul Smith’s racing cycling ambitions were thwarted by a road accident at the age of 17 that kept him hospitalised for three months. Cycling’s loss became fashion’s gain but he kept his interest in cycling and now counts the Isle of Man’s Olympic cyclist Mark Cavendish as one of his good friends. I’m not really into sports and have to confess I can’t even ride a bike (the shame) but the prospect of the starting line for the Men’s Road Race along the Mall, with Buckingham Palace in the background does stir a bit of national pride. The stamps are available from The Isle of Man post office, Paul Smith stores or www.paulsmith.co.uk.

The other thing that arrived in the post is my copy of We Can Be Heroes, the first book I have bought via crowd funding. In October, I pledged £30 towards the first run of the book, a joint project between photographer Graham Smith and writer (and veteran clubber) Chris Sullivan. A brilliant oral history of the post punk clubbing years with hundreds of rarely-seen photos, the book was finally published in December and posted out last week. I strongly recommend you get a copy from Unbound Books… 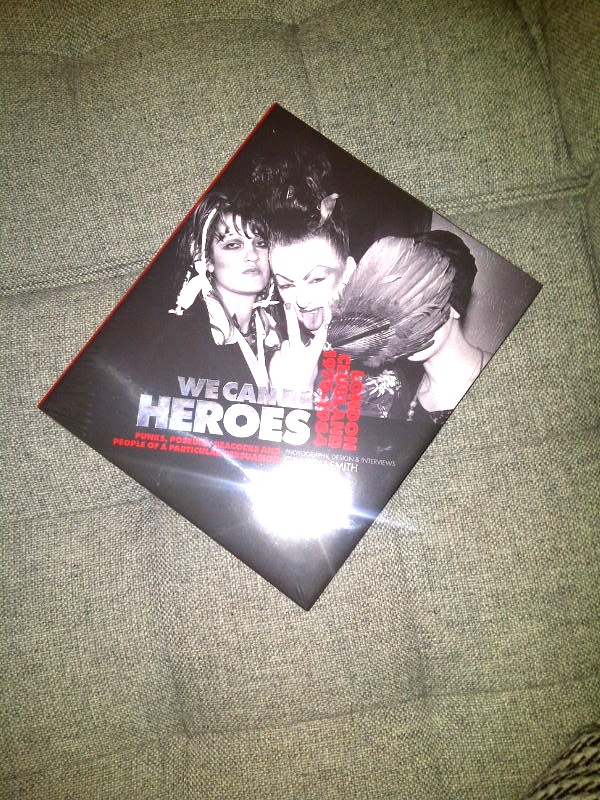 UPDATE: According to Unbound books, once this lot sells out, there won’t be any more until it goes on general release in September.
UPDATE: You can now buy it on Amazon