It’s a long time since I got this excited about a magazine cover but Harper’s Bazaar UK has done it for me. A few months ago, there was a flurry of excitement on Twitter as editor Lucy Yeomans dropped hints about a groundbreaking Harper’s cover shoot she had been on. Duran Duran was mentioned, supermodels were mentioned and, well, that was enough to pique my interest*.

Now the suspense is over as Harper’s Bazaar unveils its December issue starring Naomi Campbell, Cindy Crawford, Eva Herzigova, Helena Christensen and Yasmin Le Bon on the cover, photographed by Jonas Akerlund and styled by Vanessa Coyle. As fab as that is, the photo shoot also features in the new Duran Duran Girl Panic! video (unveiled on Monday) and the cover also boasts an AR code by Zappar which delivers added behind-the-scenes content once the app has been downloaded. 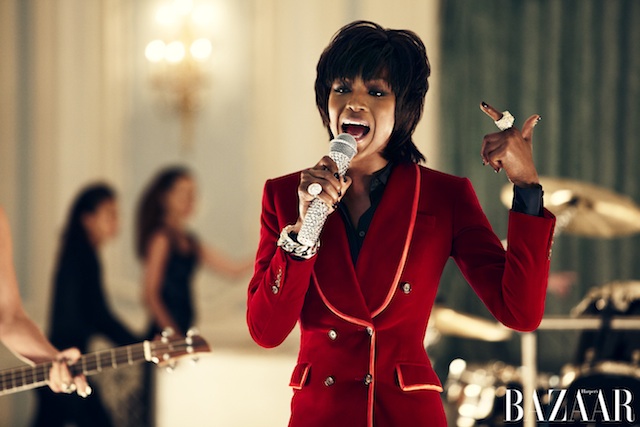 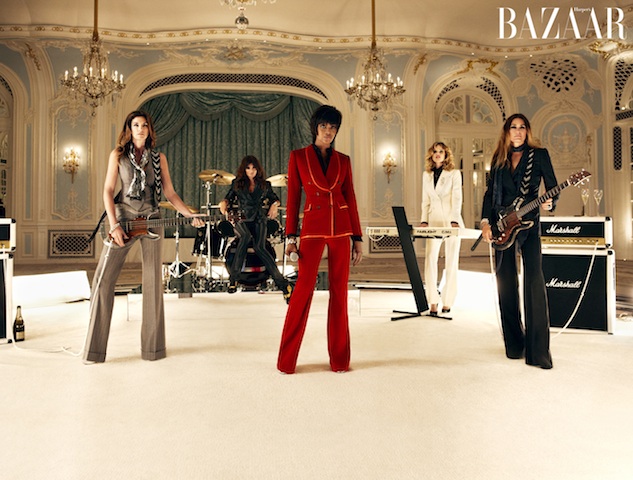 As if that’s not enough, there’s also the small matter of Swarovski’s involvement. The luxury brand, which positions itself at the forefront of fashion and technology, has supported the shoot with no small amount of sparkle, from Naomi’s blinged-up microphone to a curtain dripping in crystals. This is intriguing. Did Swarovski pay for this privilege? (Did Versace pay to clothe Lady Gaga for Edge of Glory?) Is fashion-branded sponsorship of music promos a new way for fashion companies to reach their target markets?

Aside from the sheer glamour of the project, I love how all the elements add up to a multi-channel whole,  summing up what forward-thinking brands are doing now. The marriage of media, fashion, music, models and technology in perfectly-executed harmony (it could have so easily looked laboured and clunky but it just doesn’t) is the stuff of genius. The best bit for me is that Harper’s used *gasp* models on the cover but by dint of their super status, they’re also… celebrities! See what they did there?

According to the press release, the idea originated from Duran Duran keyboardist Nick Rhodes (aka my first crush and the person who – probably – first brought Antony Price and Andy Warhol to my attention). “Harper’s had approached us about collaborating with the magazine on something really special when the new album came out,” says Rhodes. “I’d had this crazy idea for a video for the song Girl Panic! that looked fantastic on paper, but that I thought in reality would be impossible to pull off. The idea was to recreate a day-in-the-life of the band, with five of the world’s greatest supermodels playing all of us. Lucy loved the idea of doing a cover shoot within the video itself – and so it all began.”

The exclusive Girl Panic! video premieres on Monday at the Harper’s Bazaar Women of the Year Awards 2011, but you can watch the BTS video below…