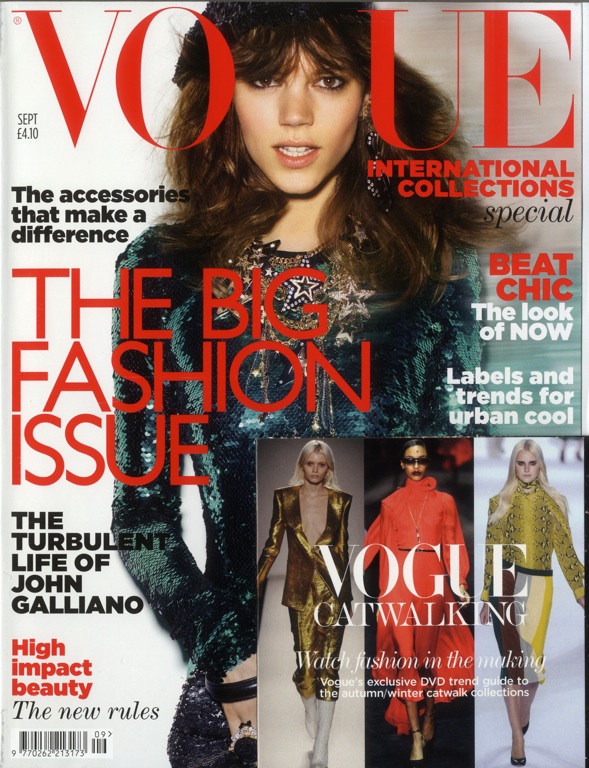 As much as we all love digital, there’s still nothing that beats holding that all-important Vogue September issue in your hands. And then devouring it page by page (a breathless flick through first, then a more considered pace of page-turning). This year’s September issue is so good. I love the features in Vogue as much as the editorials and there’s a really tantalising mix this month. Also, good news on the advertising front – ad revenue for September Vogue is up 11.5% with 267 ad pages. By the way, there’s an added bonus this issue too – a free catwalk DVD cover mount…

Rifat’s Return. A great piece on Rifat Ozbek. I was just saying yesterday how bored I get with new designer this, emerging talent that. I love discovering newness as much as anyone but it doesn’t make the ‘old’ irrelevant 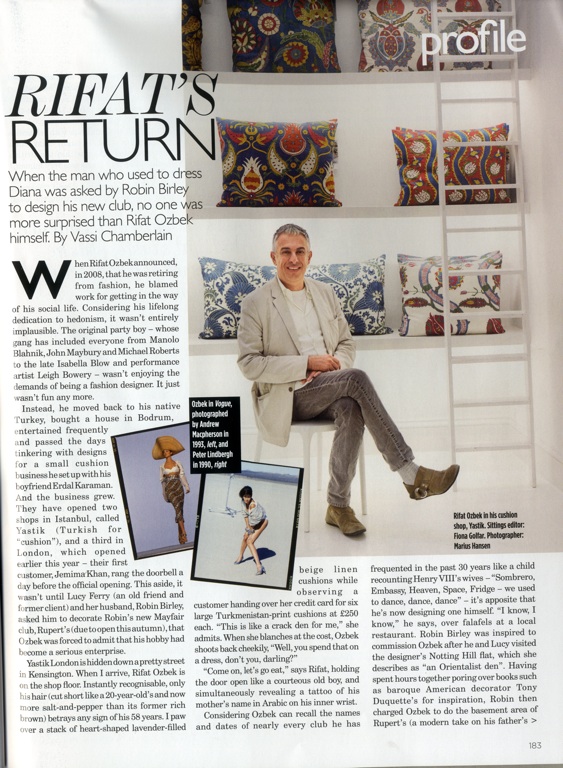 Cultured Clash. British Vogue dream team of Javier Vallhonrat, Lucinda Chambers and Stella Tennant. I love the fact that Stella is slightly showing her age here and hasn’t been airbrushed to oblivion. (Shame Jonathan Saunders wasn’t featured in this editorial, would have been a perfect fit, no?) 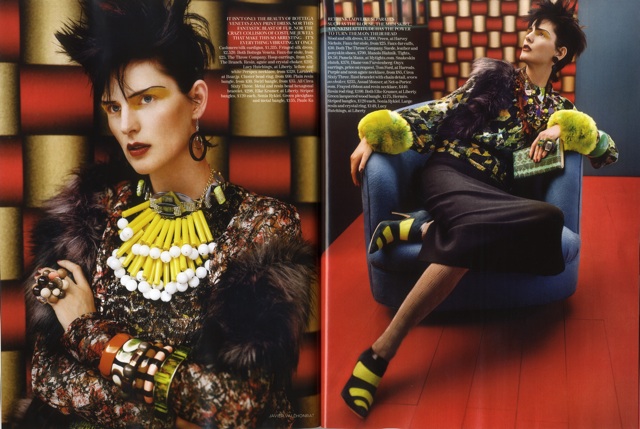 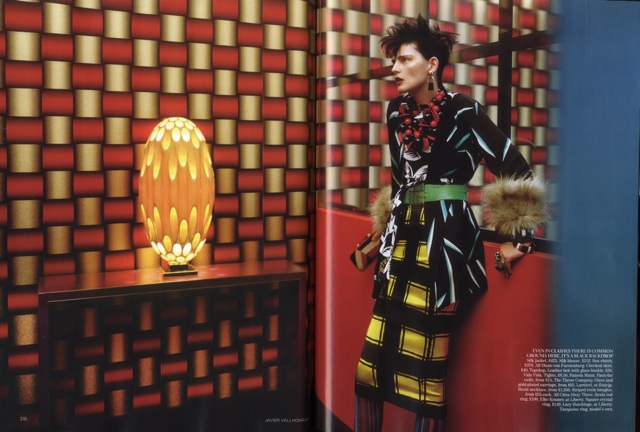 The Turbulent Life of John Galliano. I haven’t read this yet but I’m expecting a revealing read 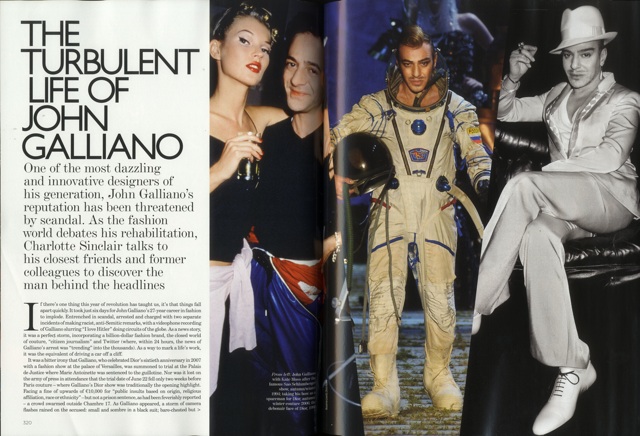 Light Work. Mad ‘hair in the air’ shoot with Anja Rubik by Josh Olins. I love this polythene T-shirt by William Hendry… 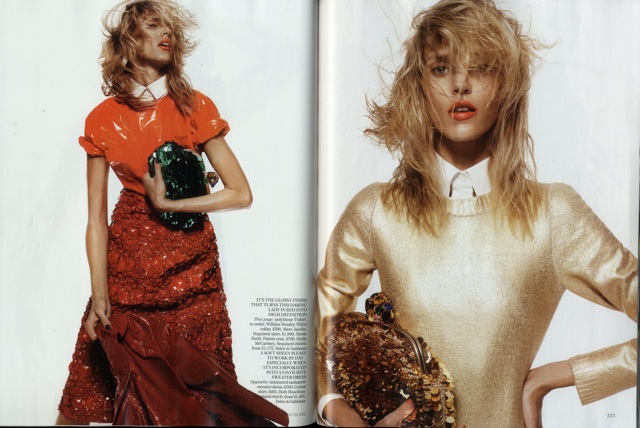 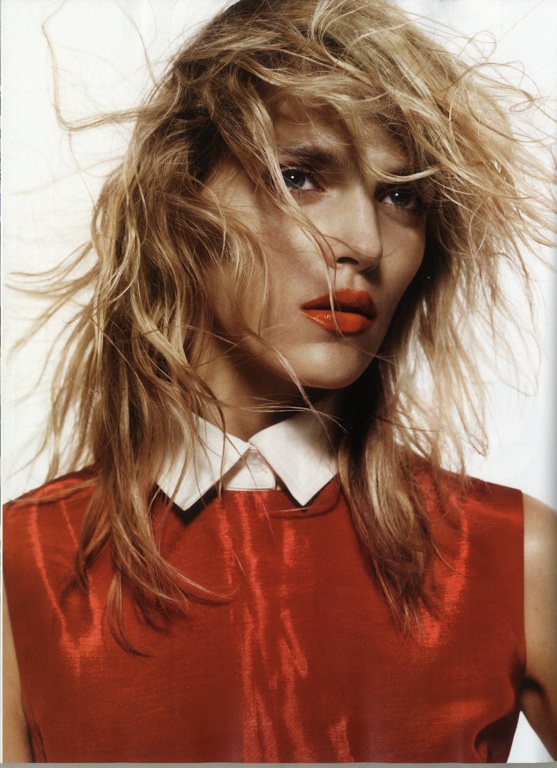 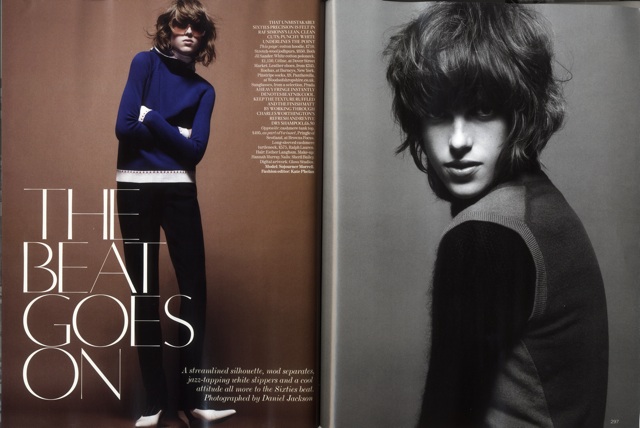 Sojourner’s on the back page too – she paints! she rides! she plays music! 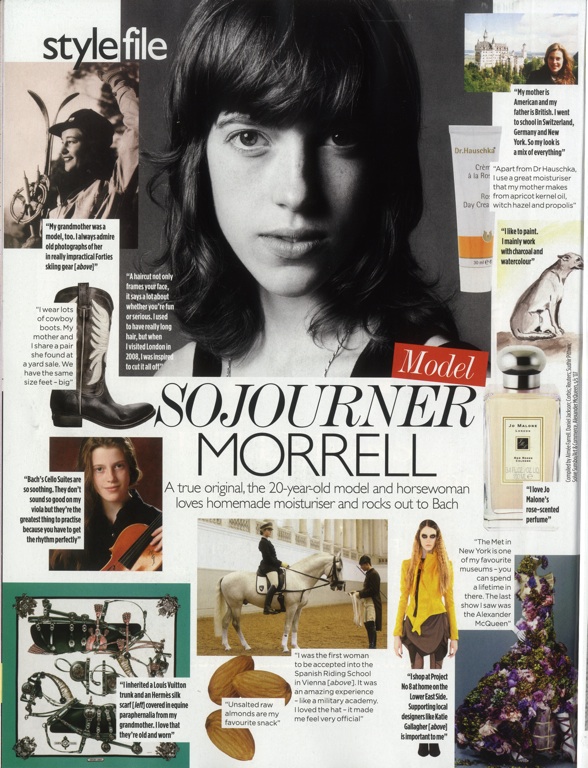 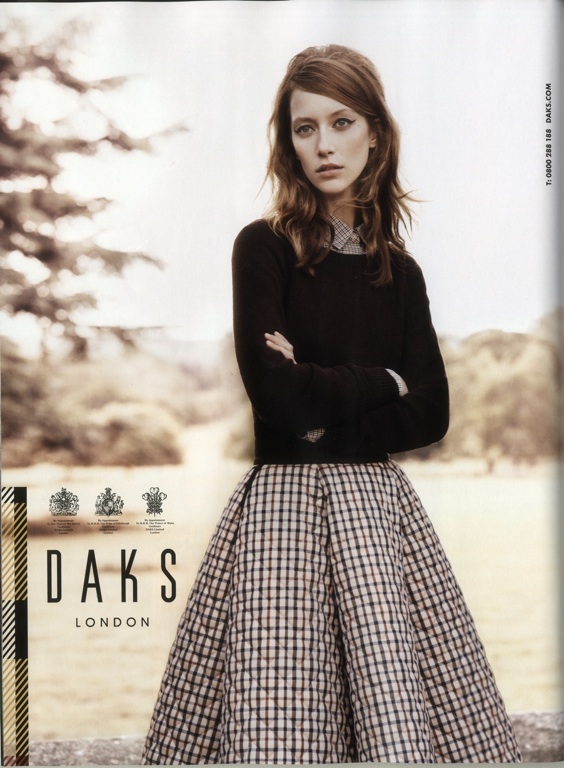 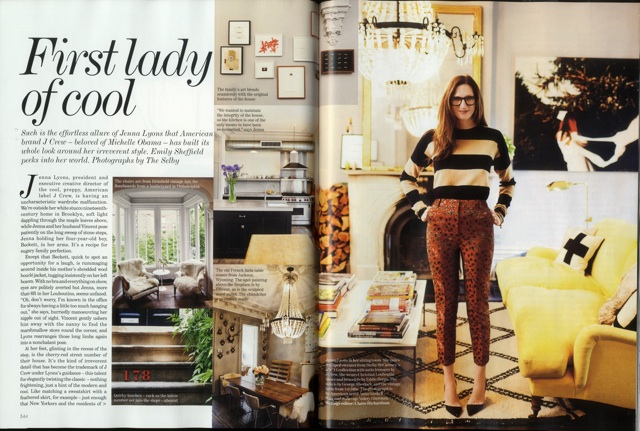