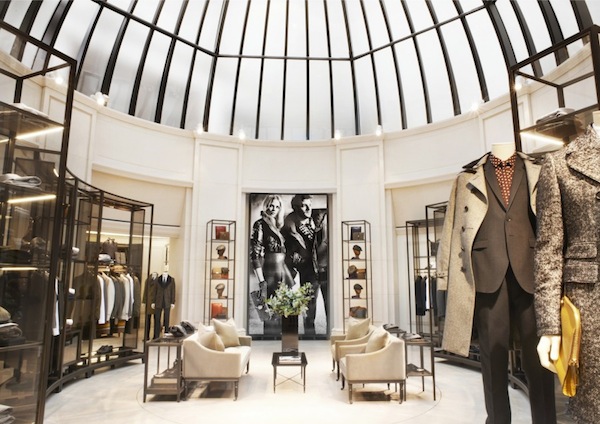 I literally can’t keep up with all the menswear retail goings-on in London this autumn. Just opened in Knightsbridge is another shiny new Burberry store (above), this time focussed on menswear. Craftsmanship and technology are given equal attention, with the store itself built by British stonemasons, carpenters, cabinet makers etc and over 50 speakers and 100 screens installed to engage the customer with digital experiential content.

A short cab-ride away in Savile Row is the new Alexander McQueen menswear store, which instead of the tech wizardry of the equally new Dover Street McQ store, has a focus on craftsmanship, tailoring and art. One end of the store features a glass cube that will showcase changing artworks curated by Sadie Coles. This merging of contemporary art and fashion has been going on in the luxury sector for a while but doesn’t often manifest itself so boldly in a store environment. 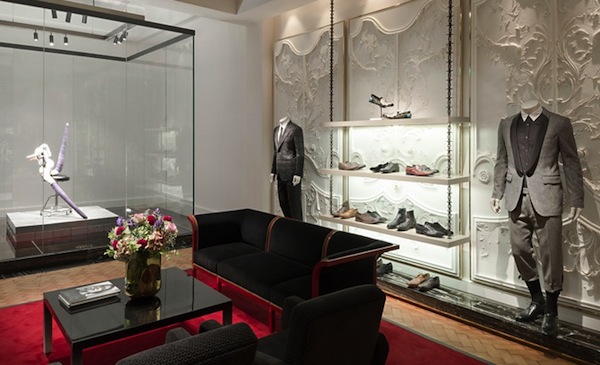 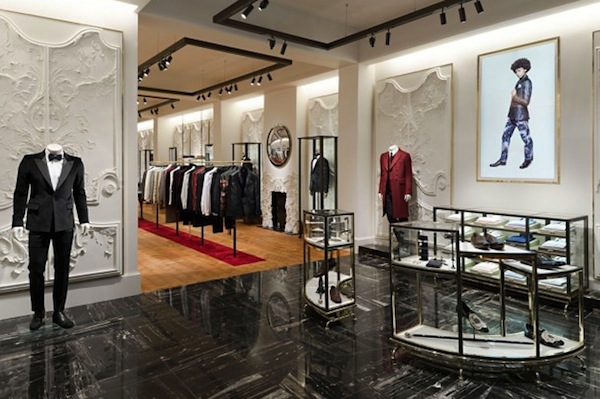 Both Burberry and McQueen stores are concentrating heavily on tailoring, with Burberry boasting a new Burberry Tailoring service that offers suits that can be tailored to spec (from three key silhouettes) and delivered 48 hours later. Later plans for McQueen include an in-house tailoring service in the basement of the store.

Meanwhile, today sees the opening of the largest men’s shoe department in the world at Selfridges (below). The 10,000 square foot concept space houses over 250 brands – from Havianas to Tom Ford. In the market for a pair of £10,000 made-to-order Tom Ford boots? You can buy them here. In fact, recognising the demand for personalisation and bespoke services, the concept space has a made-to-order shoe salon that lets you create your own bespoke shoes choosing the leather, skin, colour, sole and stitching. Aside from Tom Ford, the made-to-order salon offers Church’s, Tods, Ferragamo, Grenson, Kurt Geiger London, Stemar and Prada. I’m sure that list will only get longer. That’s not all, come February, Christian Louboutin will open a dedicated men’s footwear boutique at Selfridges, cementing the store as a go-to for the style-conscious men’s luxury footwear customer.

And if you can’t wait that long, don’t sweat, Louboutin is opening it’s own standalone menswear boutique in Dover Street this month. Phew, I think I might have to start a dedicated menswear blog… 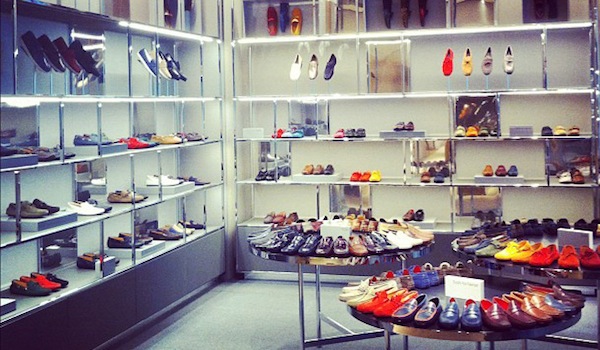