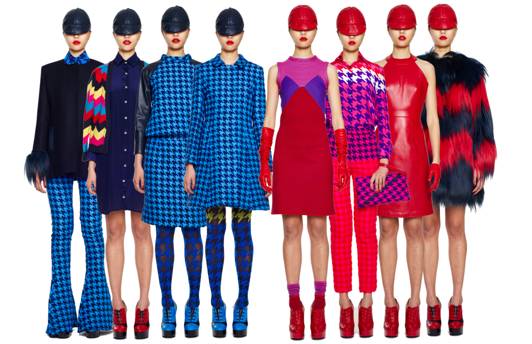 Roland Mouret in 2007, Burberry in 2010, Moda Operandi in 2011. Is 2012 the year that pre-tail goes mainstream? Henry Holland has just launched pre-tail for the first time with selected AW12 looks available for pre-order directly from his House of Holland website. Customers pay 50% up front with the balance payable just before delivery a few months later. The thinking goes that by asking customers to pay in advance, designers get a heads-up on which pieces will sell best thus avoiding wasteful over-production (not to mention easing cashflow). While Moda Operandi doesn’t give refunds if you receive your item and decide it’s a nonstarter (you can only get ‘store’ credit on the site – a bit jammy, non?), Holland operates the same 28 day refund policy as for his other online sales.

Buy it now: new in this week Breakfast at Bicester Village for the British Designers Collective