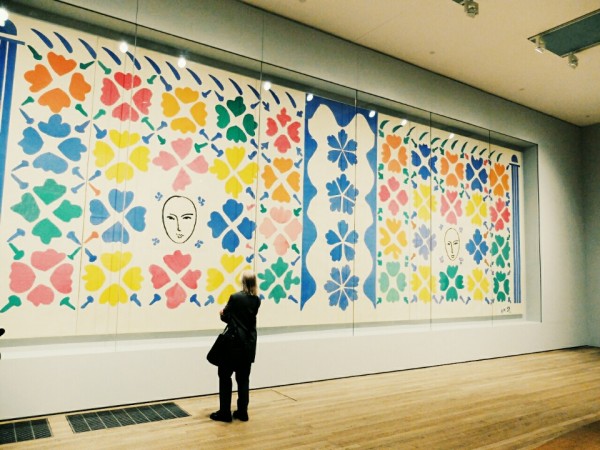 If you want a life affirming experience, tear yourself away from the computer and get thee to Henri Matisse: The Cut-Outs at Tate Modern. Comprising around 120 of Matisse’s fragile paper works, this is the first time this many of the iconic cut-outs have been shown together. The opportunity has not been wasted, with the works displayed in airy rooms that give ample space to these energetic and colourful pieces.

As the story goes, Henri Matisse’s most famous cut-outs were realised in his 70s when, having enjoyed a successful painting career, cancer surgery left him weak and immobile. But the artist had to create so he devised a way to ‘paint’ using paper and scissors, cutting directly into paper that had been coloured by assistants with bright gouache, then pinning and repining on the walls around his bedroom and studio.

However, this was in fact not Matisse’s first experience with cut-outs. As the exhibition’s first room shows, the technique was initially used as a practical planning method, to help figure out the placement of objects in his still life paintings. On display are the earlier pieces and it’s a great opportunity to see them up close, pin holes and all and often with the pins still in place. 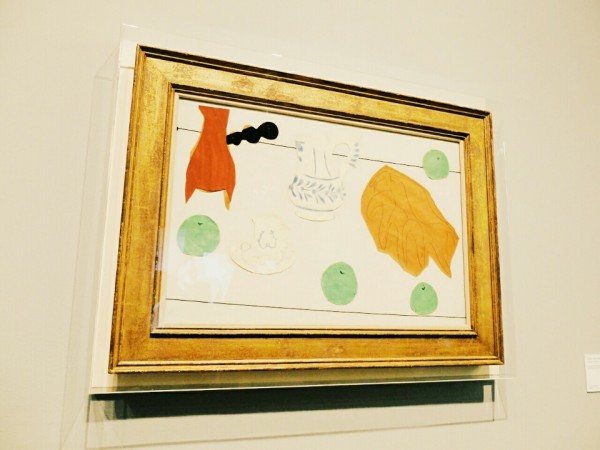 The second and third rooms are dedicated to the famous Dancers and Jazz cut-outs. I particularly love the display cases that show the Jazz works printed in a book beneath the framed original ‘maquettes’.

The pictures were meant to be accompanied by poems but the publisher opted for Matisse’s own illustrative and poetic handwritten notes instead. Running along all four walls of the room, this display of colour, shape and huge, rhythmic script is full of life. Alas, Matisse didn’t like the way that the reproduced versions of his art erased the subtlety of layered paper – god knows what he would feel about his work being discoursed through the medium of the computer screen! 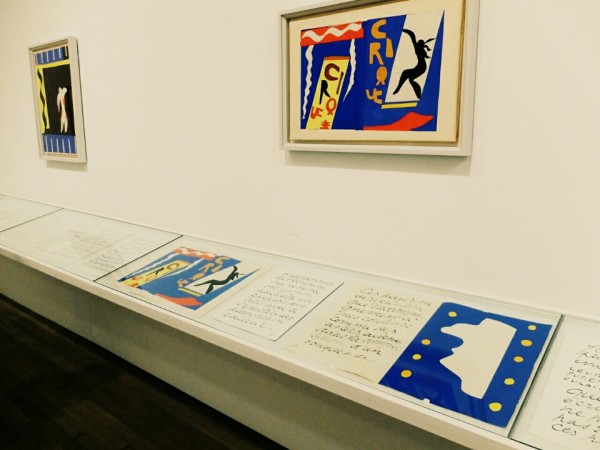 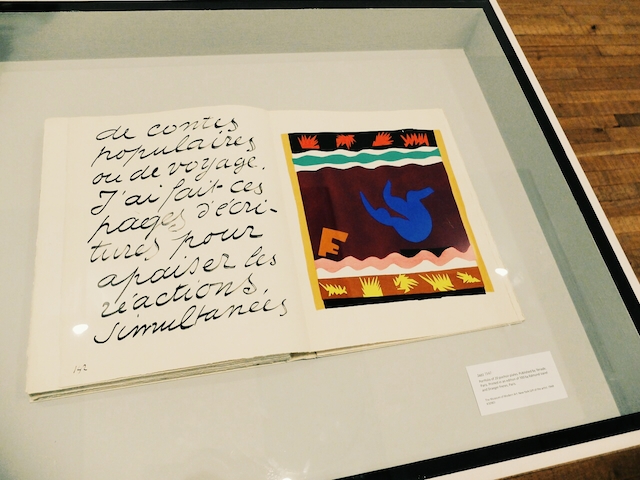 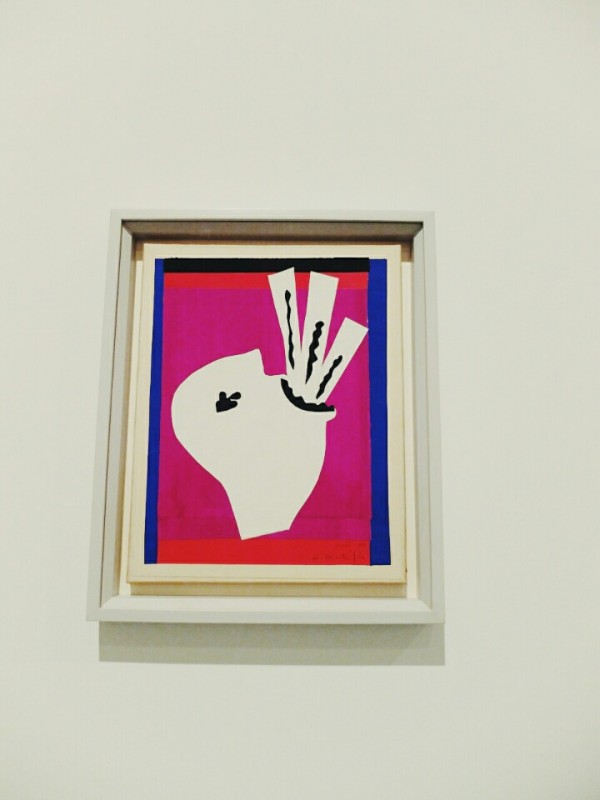 Of course, the large scale pieces are the best known and they’re here in all their mesmerising glory. These naïve, organic shapes depicting plants, water and birds were a way for Matisse to feel part of nature even when housebound. The simplicity of these shapes belie the process that Matisse and his assistants went through, painstakingly arranging and rearranging until the desired expression was achieved. 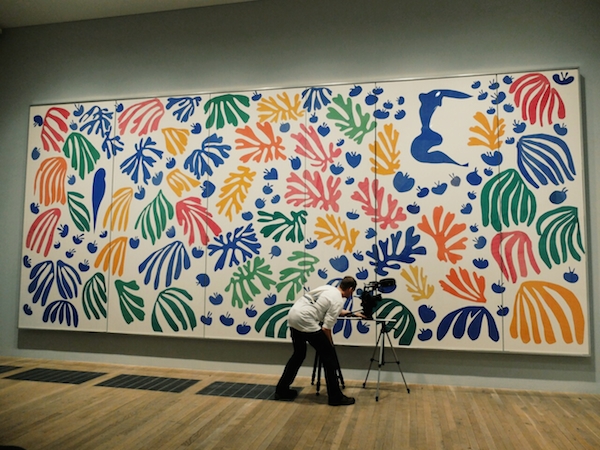 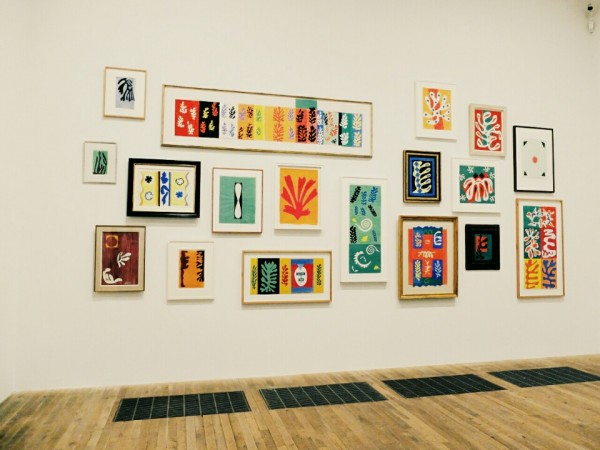 It can’t be denied that we’re in the throes of a Matisse fashion moment right now and this exhibition will be as popular with fashion designers, makeup artists and graphic designers as art students and art lovers (the entrance price is the only downer, a whopping £18). For example, the designs on display that Matisse created for the cover of Verve magazine look as fresh now as they did in 1937 and as for the primary-hued Jazz pieces, well the Celine comparisons have already been made.

Expect the impact to last beyond one season though. This cheering show comes at a time when society’s mood is ready to be lifted. Sixty years after his death, I wonder if these Matisse cut-outs might make a deeper mark on our psyches. 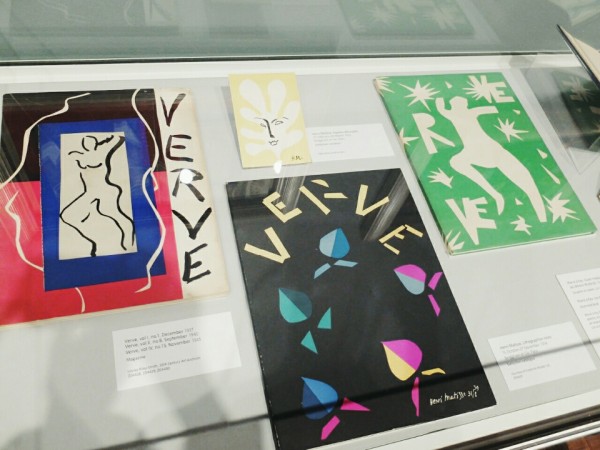 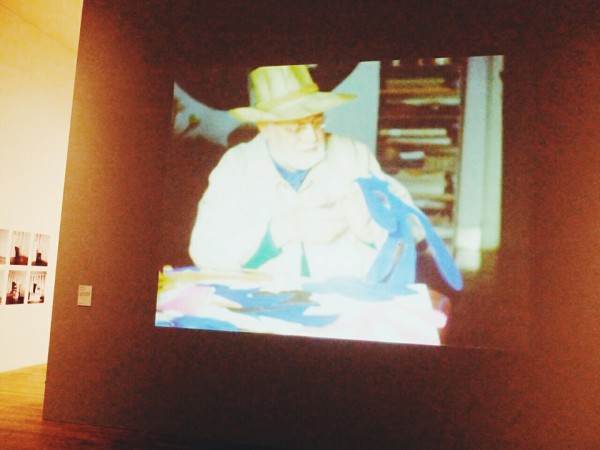 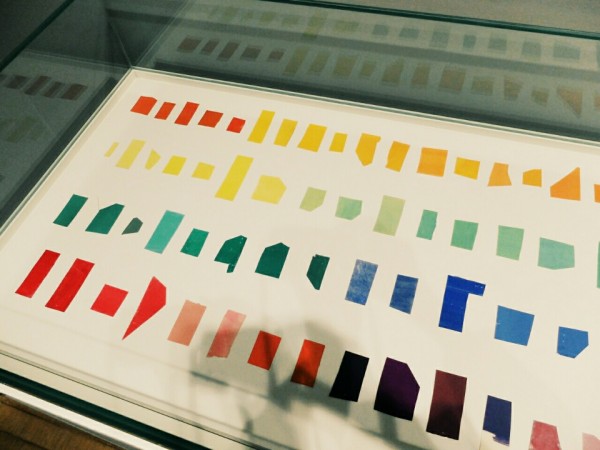 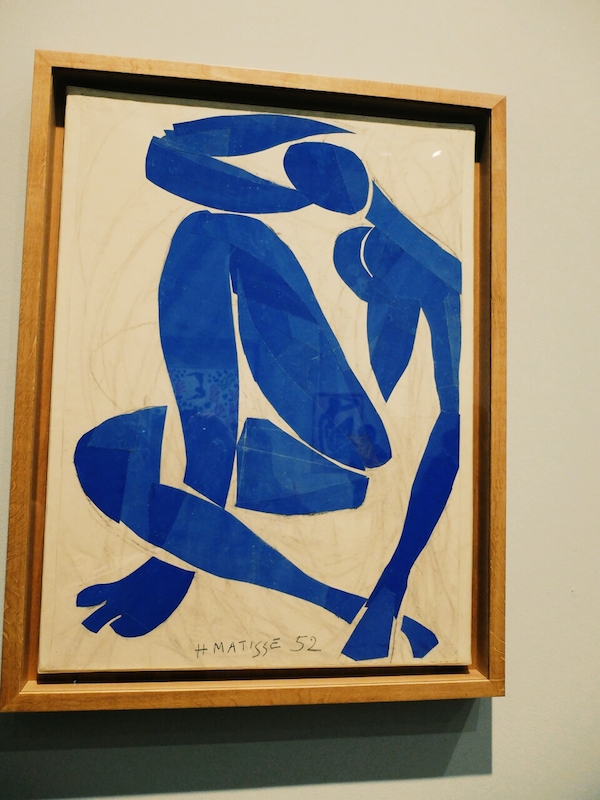 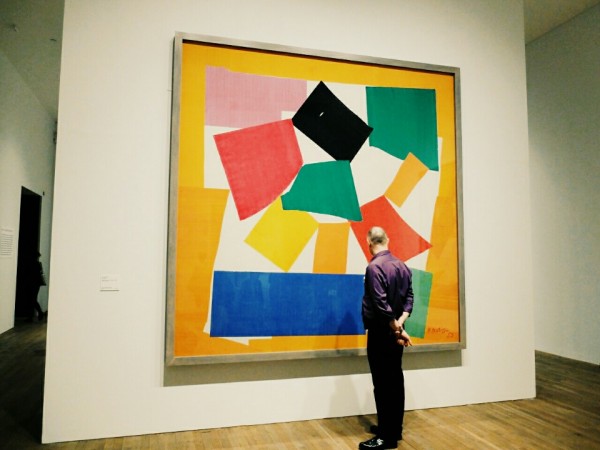 Henri Matisse: The Cut-Outs is at Tate Modern until 7th September. It will tour to the Museum of Modern Art in New York from 14th October to 9th February 2015.

From the vaults: Kirsten Owen Coming soon: Chanel’s Dentelle Précieuse compact (but will you use it?)