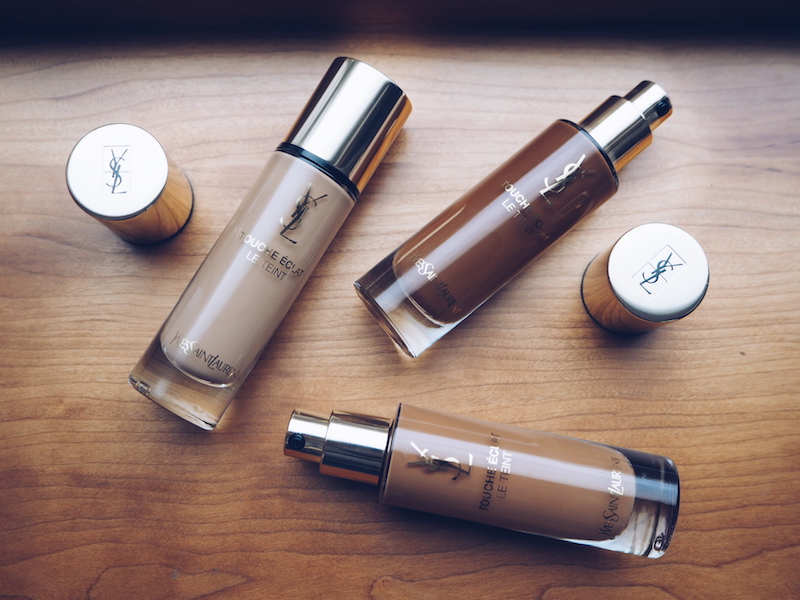 This new iteration of YSL Touche Éclat Le Teint Foundation (£32.50, launching today), is so much better than the original. I remember getting very excited about it when it first launched four years ago, but the reality was that it was a little too shine-inducing.

Don’t confuse this with its predecessor, YSL Le Teint Touche Éclat. It’s a similar name but not the same product. The new version has better coverage, less shine and more staying power. Its USP is something called ‘Catchlight’ technology, which captures light and radiance without shine. Also new is the use of the same ‘Anti Fatigue Complex’ that’s used in the Touche Éclat pen, which minimises shadows and dullness. Having got into brushes in the last year I’ve gone back to using fingers for this. It goes on super-smoothly and blends to nothing.

More good news: it now comes in 22 shades instead of the original 18. Adding it to my faves. Buy it at Selfridges, Harrods and YSLbeauty.co.uk.