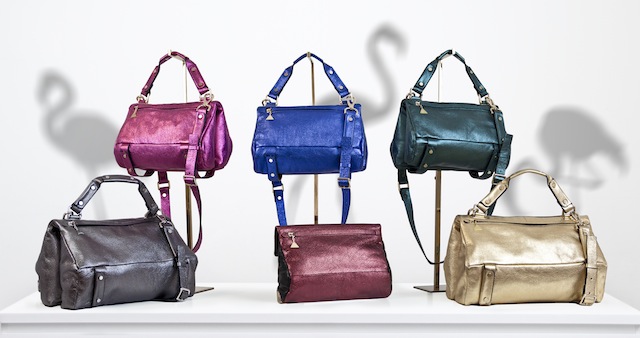 I’m always interested in single-product brands and how they progress. It seems to me the sensible way to start out. Ralph Lauren famously started with ties, Alexander Wang with his capsule line of cashmeres and Palmer Harding are doing well with their inventive shirt-based pieces.

Golden Lane bags went about things in a different way. They started as Chris & Tibor, a successful line of men’s bags and leathergoods created by LCF graduate Chris Liu and Tibor Matyas. Launched in 2006 they became known for creative collaborations with designers including Walter van Bierendonck and Veronique Branquinho. I first met the duo on a shoot for their SS11 campaign when they invited me to hang out on Hampstead Heath with them and photographer Kai Z Feng (I ended up doing the interviews for their behind-the-scenes film). A year later they asked me to host a focus group for them as they had designed a women’s bag but wanted feedback from hardcore accessory enthusiasts.

Their initial prototype bag for their new women’s line Golden Lane focused on one design. The Duo Satchel bag is a well considered compartmentalised shoulder bag that splits in two. It’s compact but surprisingly roomy, designed to organise everyday essentials without encouraging clutter. “It was important for the bags to be wearable and useable first and foremost,” says Matyas. “So while we were thinking about the overall shape of the bag looking unique, we also wanted to make sure that it was versatile enough that the modern woman could use it day-to-day”. Initial feedback was positive, so with a few tweaks in detail and finish, the first batch was released last Spring. Thanks to the already successful Chris & Tibor, the bags were snapped up by international online stockists including Luisa Via Roma, Shopbop and Barneys New York. 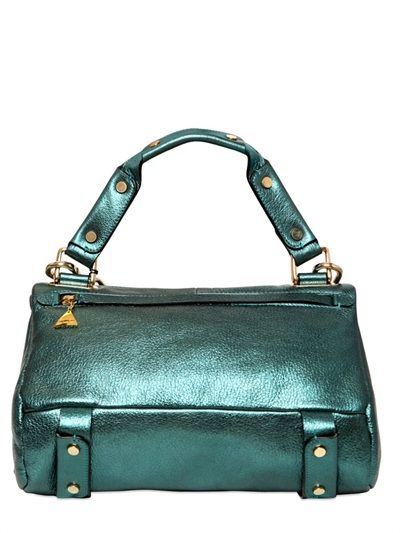 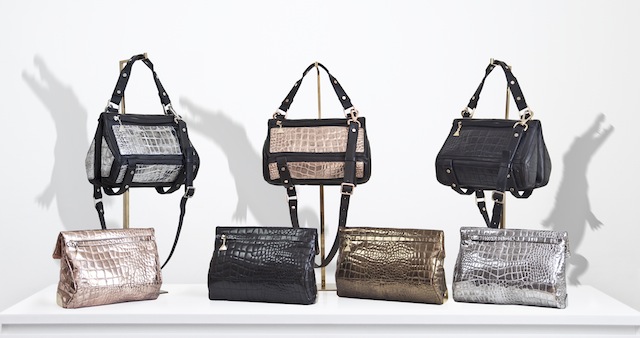 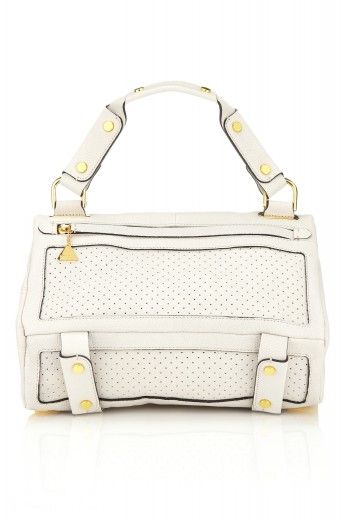 While the Duo Satchel puts utility first, the fun is injected with jewel-bright colours and fashion forward fabrications (disco metallic leather anyone?) . “We wanted to offer lots of variety to make sure our customers can find the perfect and unique bag for themselves,” says Matyas. “our croc print and the metallic range are fun but easy to wear.”

The clean lines and utilitarian details make this a bag with wide appeal that the designers hope can become a classic. And with a keen, mid-price point (from £350- £465), they’re pitching themselves in the aspirational space between upper end high street and It Bag names. That gap has widened a fair bit in recent years as luxury price points stretch north. As Sophie Hulme pointed out recently to The New York Times, “there’s a gap where brands like Miu Miu and Mulberry used to sit.” 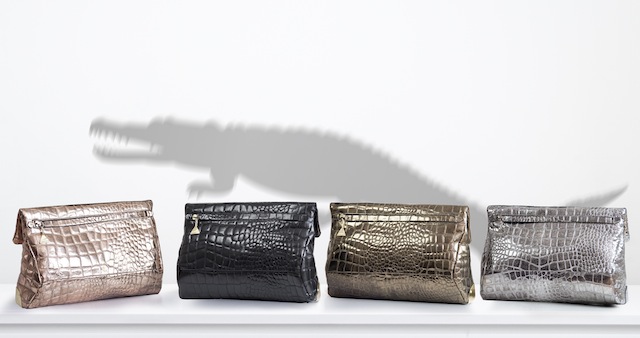 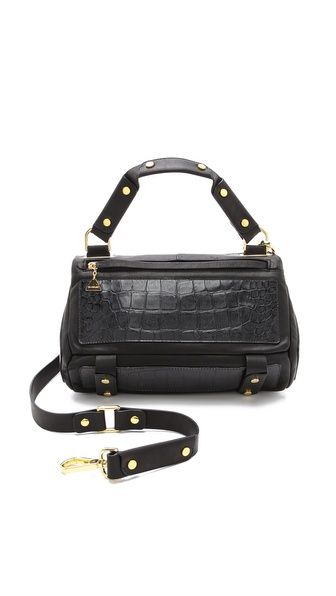 So what happens next for the business? For AW13, international accounts have tripled and there are more UK stockists on board including Fenwick and Young British Designers. A clutch version of the Duo has also been introduced as Golden Lane slowly builds on its signature. “They’ve gone down really well – they’re a good day-to-night piece,” says Matyas, the brand’s business and marketing mastermind. Continuing their collaborative approach, they recently produced the bags for Richard Nicoll’s SS14 catwalk show.

Certainly with all eyes on British accessory designers, Golden Lane’s arrival is well-timed. We’ve all seen the stars rise for Sophie Hulme, Stuart Vevers (soon to reinvigorate Coach), Emma Hill (responsible for the magic at Mulberry) and Katie Hillier (wowing at Victoria Beckham, Asprey and Marc by Marc Jacobs) and with their tight design focus and businesslike approach, things look promising for Golden Lane. 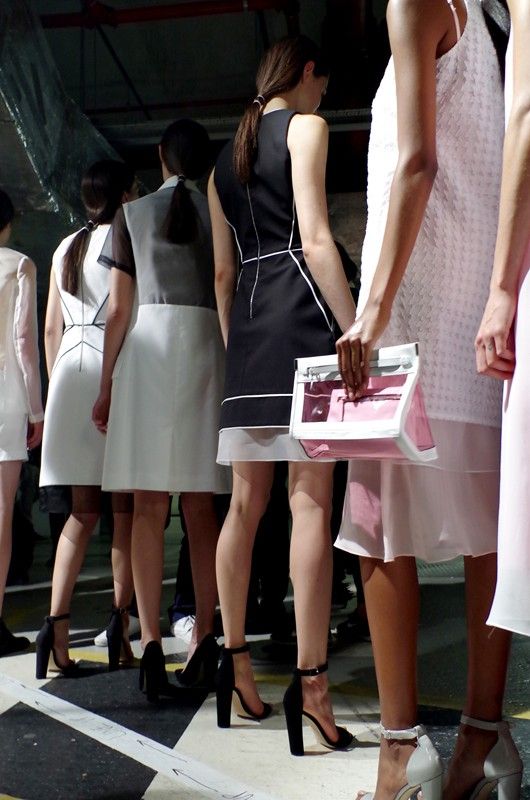 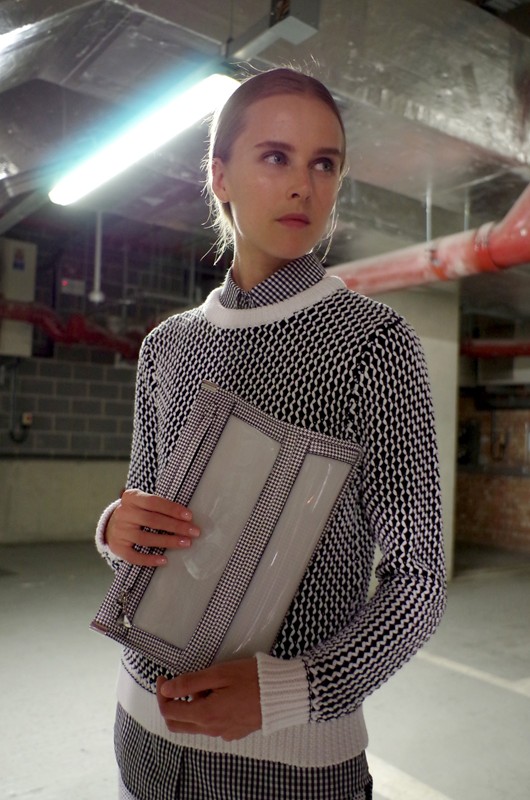 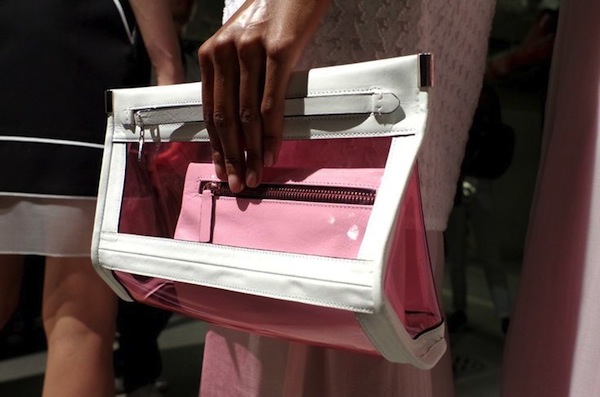