Fashion people are hard to impress and fashion people going to a Philip Treacy show are harder still. Why? Because we have seen the ultimate in Treacy show fabulosity before and think it can’t be beaten. But yes it can and it just was. First came the golden ticket clue to the latest extravaganza, proclaiming ‘Swarovski presents Philip Treacy In Concert’. OK, designers have done in-concert themed shows before (remember Julien MacDonald at the Millennium Dome?) but this promised to be a proper theatrical spectacle.

The next clue came from the bunfight outside The Royal Courts of Justice, which these days is standard at high-celeb-count fashion shows. Usually I avoid them. I’d rather watch a House of Holland/Pam Hogg/PPQ/Vivienne Westwood show on the live stream than be shunted aside so a Saturday can get papped, but this was a better class of front row. The likes of Bryan Ferry, Grace Jones, Nick Cave, Susie Bick, Bella Freud, Zandra Rhodes – you know, creative people who have actually done something worth celebrating – bundled in with the rest of us, then filed through the airport-style security. Rumours were swirling that the models were all black, Lady Gaga would be making an appearance and Topolino was doing the make-up. Oh, and models would be wearing Michael Jackson’s archive costumes. As in the old days of McQueen’s London shows, the speculation upped the anticipation, so by the time we were seated, the air was crackling. As it happens, it was all true.

Darkness, a pause, then a sound of amplified clip-clop footsteps, and Gaga in a swathe of pink tulle announced, ‘Ladies and gentlemen, the greatest milliner in the world: Philip Treacy!’ And then BAM! As to be expected of a Treacy show, an impeccably styled (by Katy England) production, with fast-paced models (yes, they were all black girls; Alek Wek, Sessilee Lopez, Jourdan Dunn and Leomie Anderson among them), Michael Jackson’s beautiful military costumes, the famous baseball-jacket-n-jeans, the Thriller red leather, a Michael Jackson megamix soundtrack (by Dan Donovan), a crotch-grab and of course, the headwear.

The joy of a Treacy show is each hat is a surprise to follow the one before. We had Mickey ears, a Neverland-style funfair, a huge Smiley face, and my favourite, the white Swarovski glove. We had whole-body creations that lit up and a Swarovski covered trilby. At one point, a veil of black leaves emerged to represent absent Treacy friends (Isabella Blow, Alexander McQueen…) and from it we saw the famous white glove – which I captured on video. These Michael Jackson archive pieces belonged to his co-designers Michael Bush and Dennis Tompkins (you can see Bush next to Laakonen below wearing the jazzy jacket) who are auctioning them at Julien’s Auctions in Beverly Hills on Dec. 2.

Half of the audience were out of their seats from the off and by the time a purple-robed Gospel choir joined for Will You Be There, the remainder was on its feet. Gaga was rumoured to ‘perform’ but in the end she did her announcement and that was it. And that’s as it should be because Philip Treacy’s hats deserve to be the focus of his own show. Beautifully cast, paced and produced, this was an epic show from Philip Treacy and a welcome return to the catwalk. 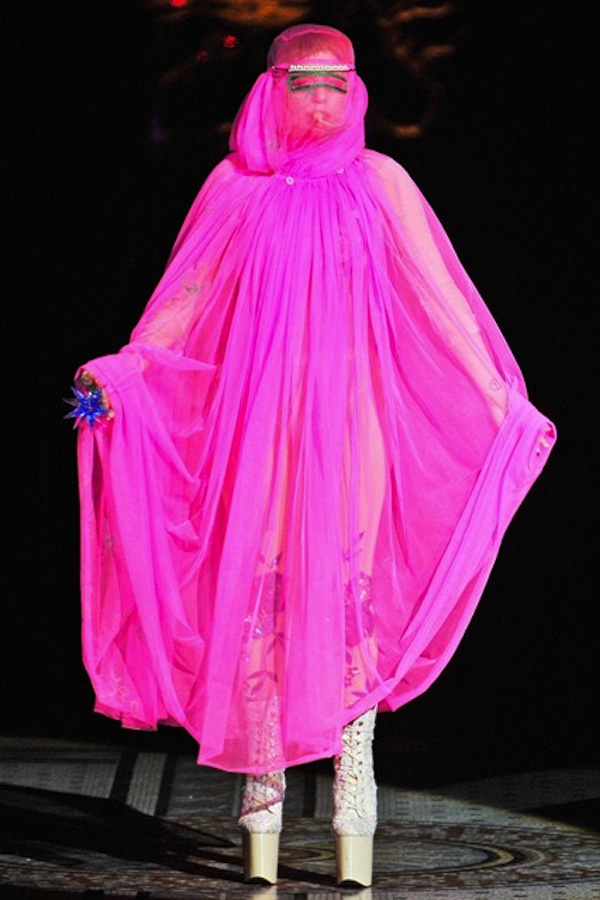 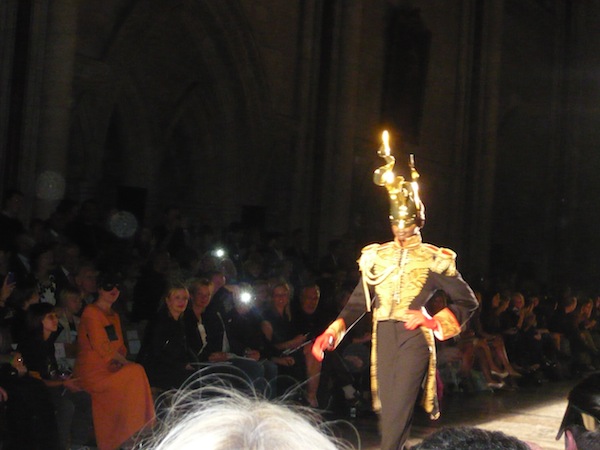 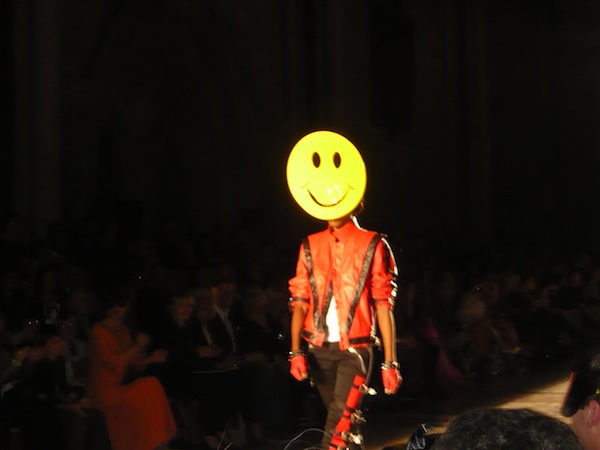 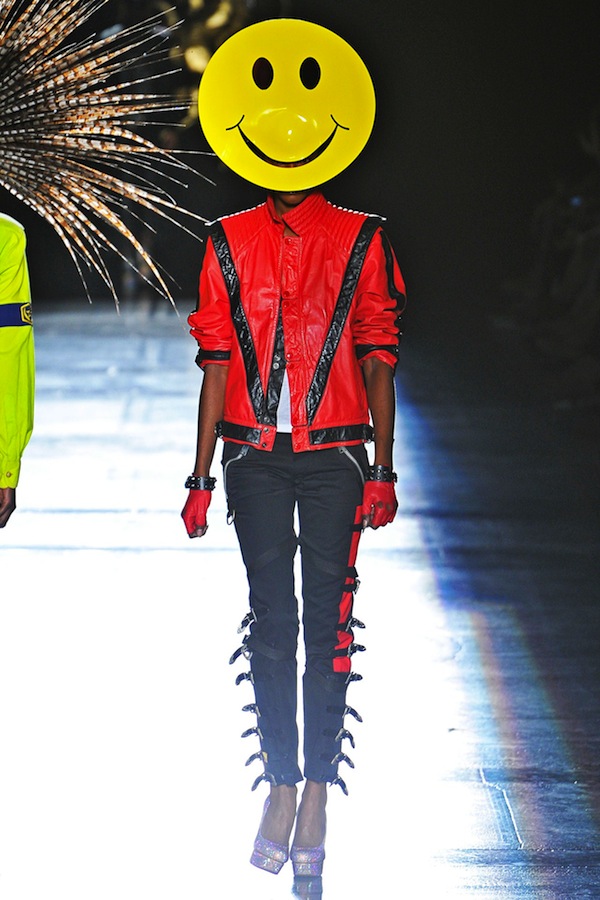 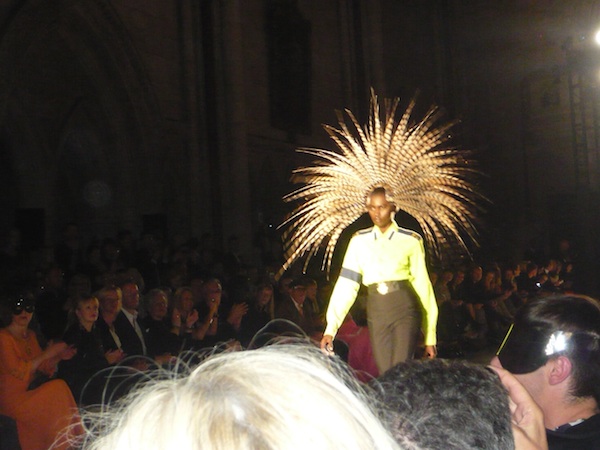 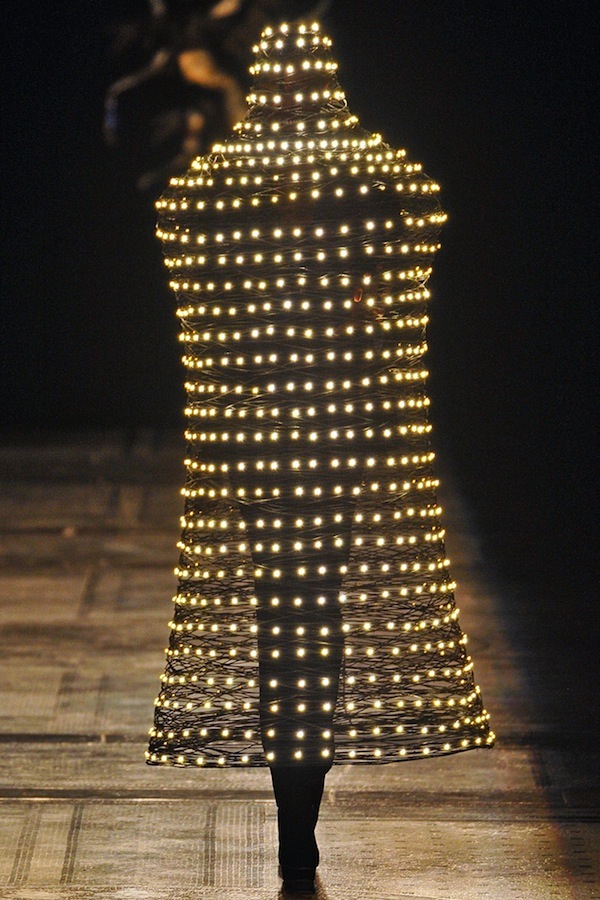 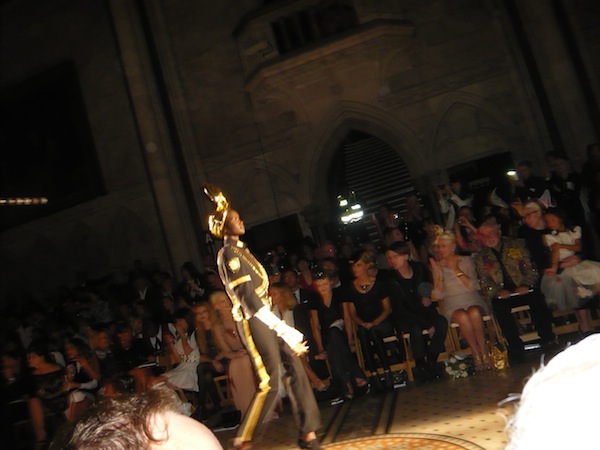 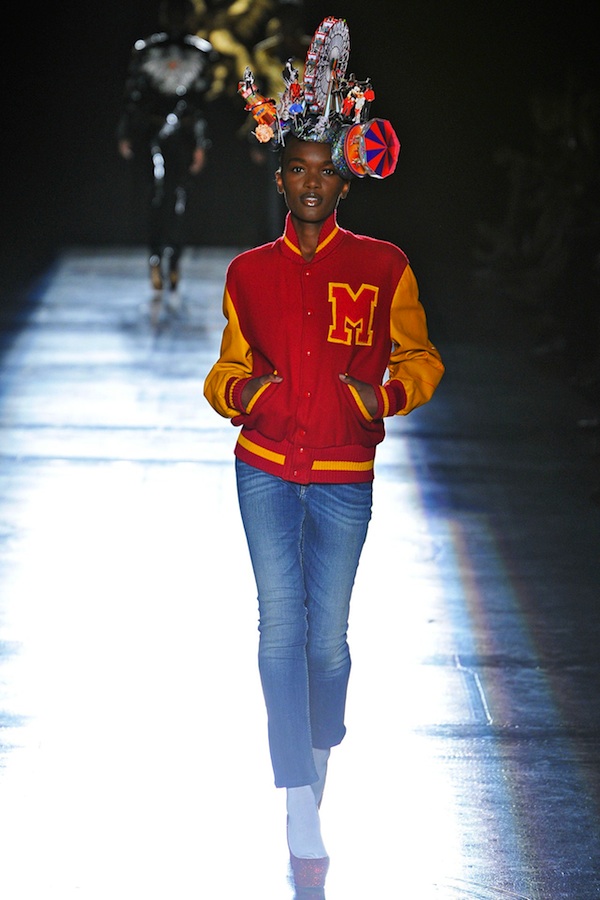 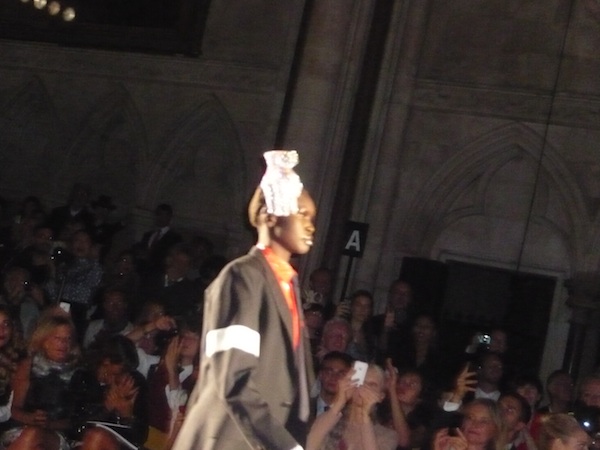 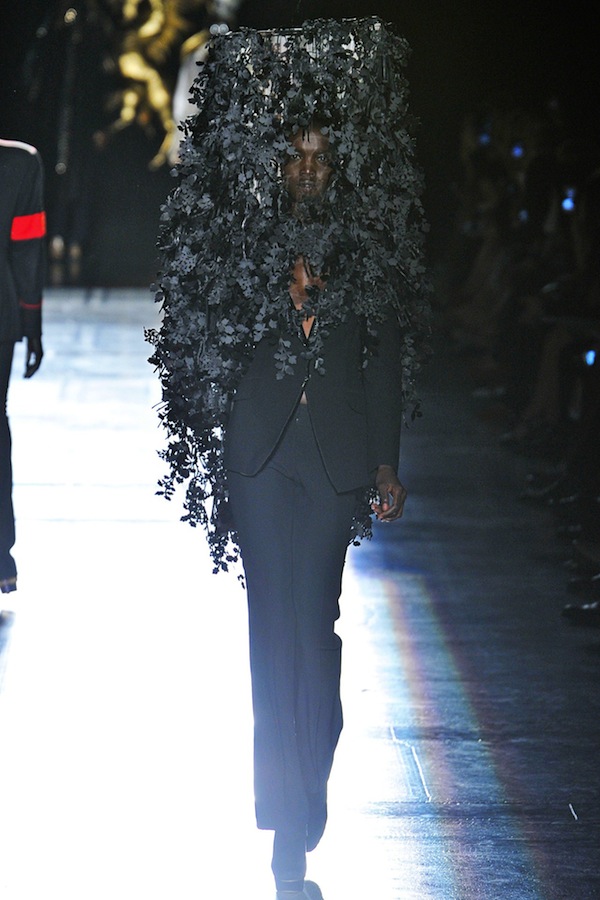 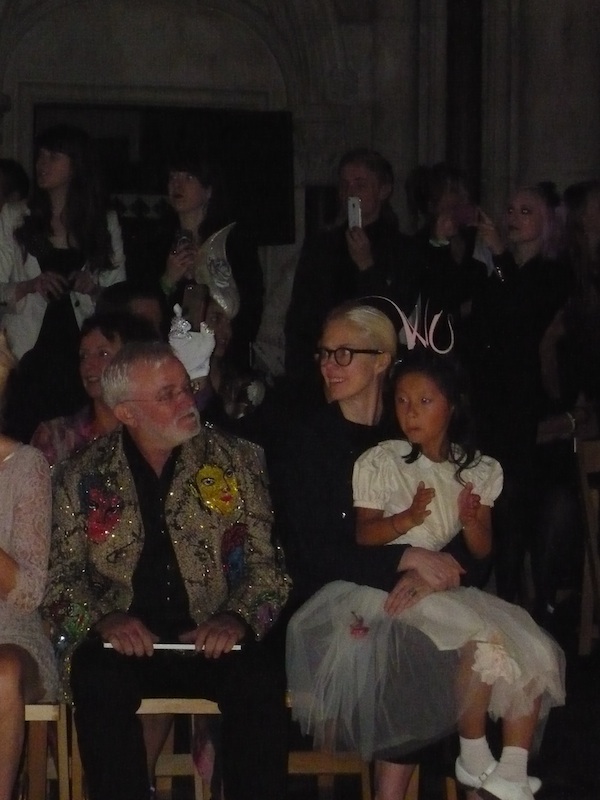 Oh! How shall I wear my coat? Guest post: Social-commerce at NYFW and LFW ensures Fashion Week is a democracy for everyone to enjoy