LFW has finished and the hordes decamped to Milan. So what did I make of it all?

It was a fun one! Early starts and late finishes aside, I find that doing fashion week hardcore stylee – as in back-to-back shows, not dipping in and out in between office visits/meetings etc – is the way to go. Granted, going without food and sleep is a tad inconvenient but the people-watching is excellent as is the eavesdropping and gossip-gathering. For example, who knew that international super-super-stylist for the Julien MacDonald show was such a prize chump of a drama queen? Reports of screaming and shouting from his corner have been flying round London’s fashion quarters faster than Kanye’s limo. Mind you, I’d be having a hissy fit too if I knew a certain rival stylist was hogging ‘my’ models thus delaying them for no good reason other than some lame power trip point-scoring. I had no idea styling was so political! Then there was the overheard news of one ex-executive fashion editor who has just nabbed the plum job of working for Armani in Milan but is dreading the prospect of her obligatory nothing-but-Armani work wardrobe. Does nobody like Armani?

Away from the madness of the shows, the exhibition tent was an oasis of calm. I was especially taken with the MAC stand where the PRs were super-generous with the goody bags. Why the heck did I not know about this before, pray tell? The Esthetica area is a section especially geared to promoting eco/ethical brands but most of them still ‘aren’t quite there’ yet. I did like the Izzy Lane stand though, everything is made in the UK and the shoes which I adore, and have used for shoots, are particularly fabulous. I’m assured they are supremely comfortable too which is always a bonus. 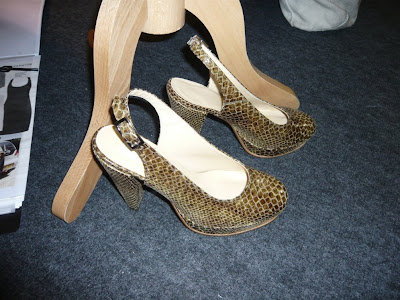 I also loved Beyond Skin‘s vegetarian shoes. They have been around for a while but just had a revamp and are now known for the excellence of their design rather than ‘aren’t they good… for an ethical brand?’ faint praise. 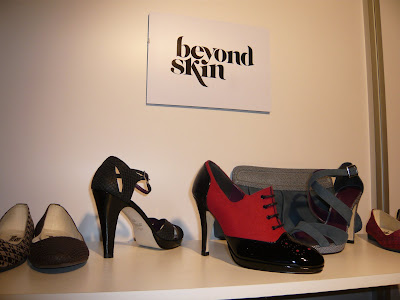 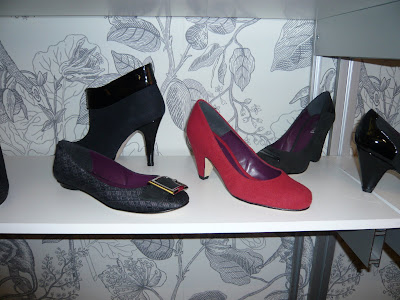 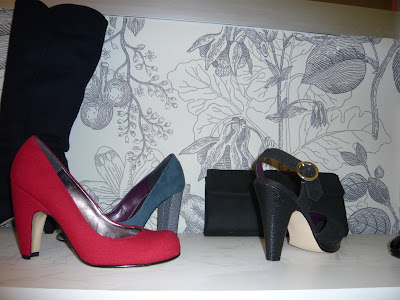 Knitwear is making a big noise in London. Not only are the likes of Mark Fast and Louise Goldin hoovering up all the headlines but newcomers on the block, Cooperative Designs showed great innovation in their bobbly, pom-pom-y jumpers and sweater dresses. Off the runway, I liked Elizabeth Lau’s supersoft tromp l’oeil dresses, not to mention her kooky knitted sign! 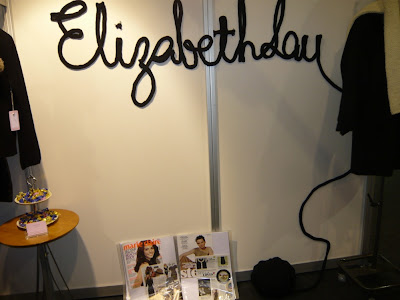 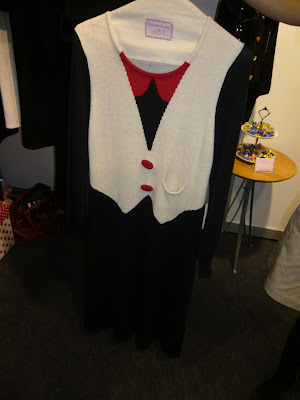 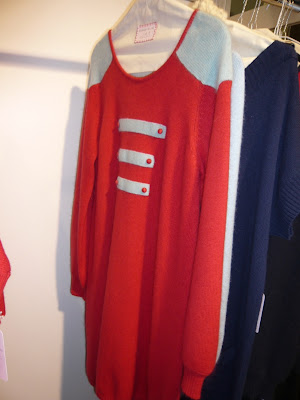 When I dropped in on my friends at Buba, they were keen to show me their new babies – fur handbags. Did I mention fur has been everywhere this fashion week? “I don’t think anyone does accessories in fur. I have a big fur coat that I wear every winter and I wanted some gorgeous sexy fur bags to go with,” explained designer Lesley Silwood, making me stroke the bags to hammer her point home. I know a lot of people are anti-fur and I have made a pact not to buy any more fur but if I’m being honest I can see these selling like crazy. 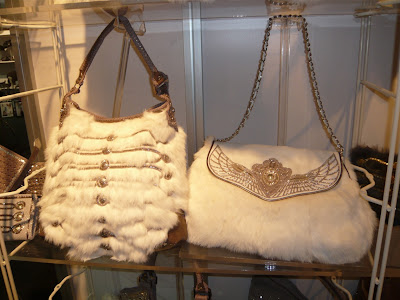 Opposite Buba was the wonderful Mamie stand full of ‘reworked high-end vintage’. None of your shabby chic tat here, this is a supremely elegant clothing and jewellery line from the people who own the Paul & Joe boutiques in the UK. 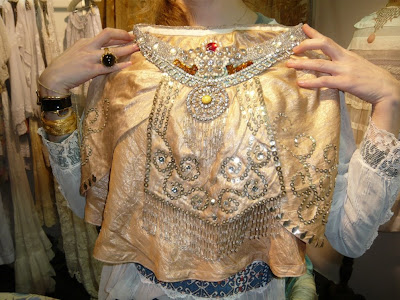 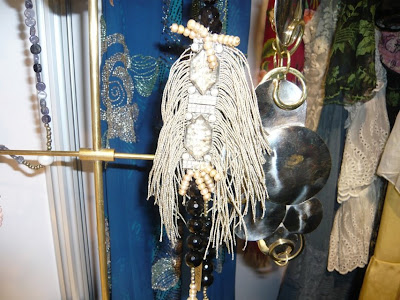 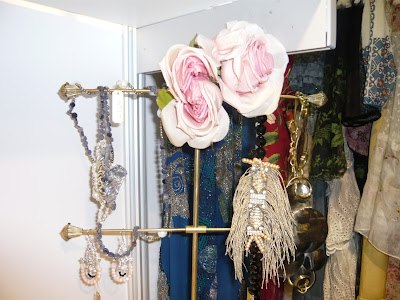 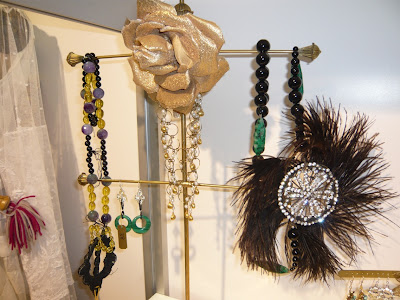 I greatly enjoyed the whole day dedicated to mens fashion, especially Wednesday evening’s soiree at the E Tautz presentation (and not just due to the goody bag literally overflowing with Penhaligons products). In the intimate surroundings of the E Tautz shop in Savile Row, it was nice to wash down liquorice macaroons with a cocktail or ten while bonding with Christopher Kane over our shared love of Church’s shoes. (Trying to explain the concept of Twitter to him and sister Tammy on the other hand was a complete and utter waste of time.) 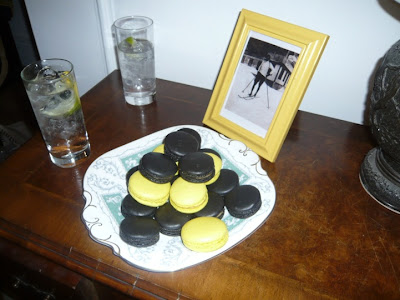 Trendwise, fashion fell into two distinct camps. On one hand we have the obsession with youth culture – TopShop Unique’s crusty clubbers and Charles Anastases’s youth tribes sloping down the catwalk and Luella doing an about-turn from last season’s prim net-veiled suits and returning to the rebellious teens we know and love. Hell, even Emporio Armani seemed to pick up the baton on the first day of Milan Fashion Week with his schoolgirl shorts and knee-high socks. The flipside is the predominance of grown-up silk dresses that make up the mainstay of collections by London’s new guard – Erdem, Mary Katrantzou, Marios Schwab et al. It’s great to see that younger labels like Peter Pilotto aren’t just interested in producing creations of the crazy headline-grabbing variety. There was a time when this was all London was known for but this season and last, the newer crop proved they can do innovative and commercial in equal quantities.

Having a menswear day thrown into the mix is a genius idea. As menswear and womenswear cross over more and more these days it’s a great way to pick up on styling ideas and trends that may not otherwise immediately present themselves. On the subject of trends, these are the ones coming through so far for AW09-10 on the basis of the London shows.

Plus the trends that refuse to die…