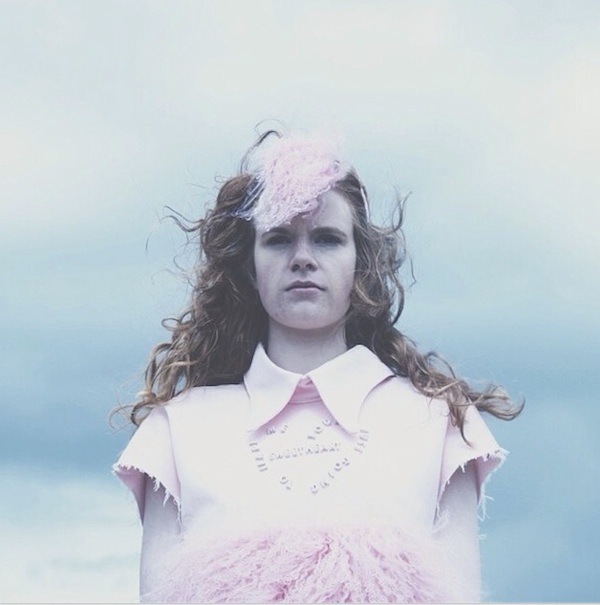 Love Éadaoin Ní Drisceoil‘s graduate collection, which I discovered on Instagram. Based on the Virgin Suicides, it picks up on the ‘obsessions and passions that consume girls throughout the turbulent years of adolescence’. Translation: awkward layers, odd proportions and mismatched fabrics, not to mention ill at ease styling and an unhealthy fixation with pink.

What I also love is the window into the modern student-designer’s approach, that is, heaps of references on Tumblr and Pinterest, and an old school scissors-n-blue-tac mood board. Ní Drisceoil’s references are laid bare – the seapunk pink hair and chunky cleat-soled shoes of today’s teen meets endless Corrine Day pics of Kate Moss (and Day’s much Insta-ed stills from The Virgin Suicides film set). And that’s how I stumbled upon her, in my own quest for Virgin Suicides Insta-candy – the gift that keeps on giving.

Newly graduated from Limerick School of Art and Design, Ní Drisceoil’s won the Sharon Wauchob €10,000 work placement bursary and her six months in Paris with the Irish designer starts immediately. And after that? “Well, I’m planning on doing a Master’s in London in the next academic year. As far as the space of when I finish with Sharon Wauchob and the time I hope to start the Master’s, there are one or two brands also in Paris that I’d love to gain experience with, so possibly another internship. As part of the bursary I won I also will return to my college either before or after my Master’s where I will receive business mentoring. Because ultimately I plan on building my own brand, so I want to gain as much knowledge in that respect.” 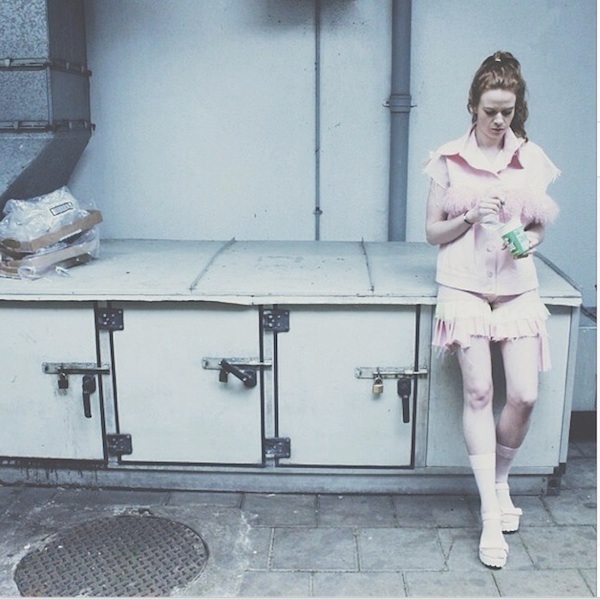 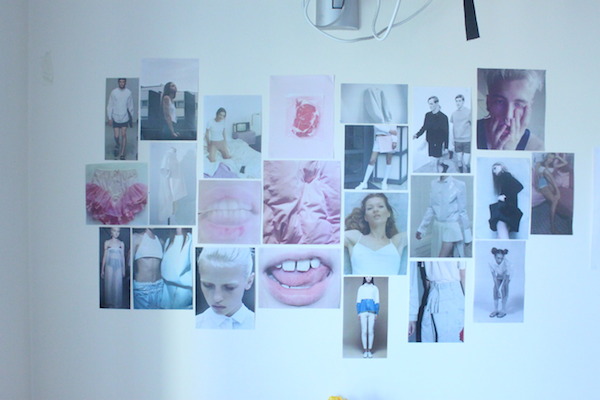 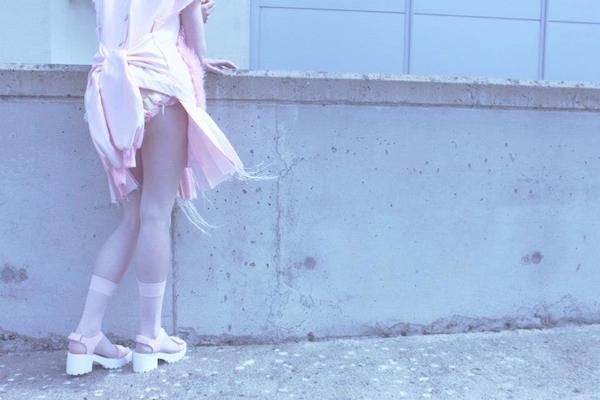 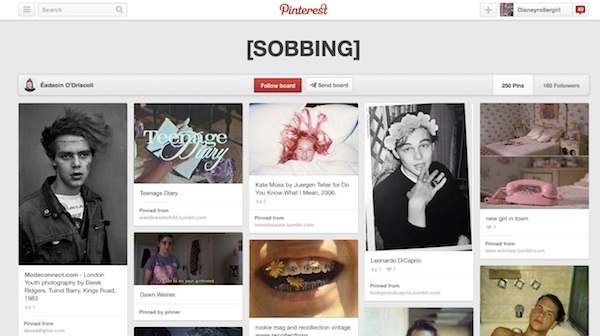 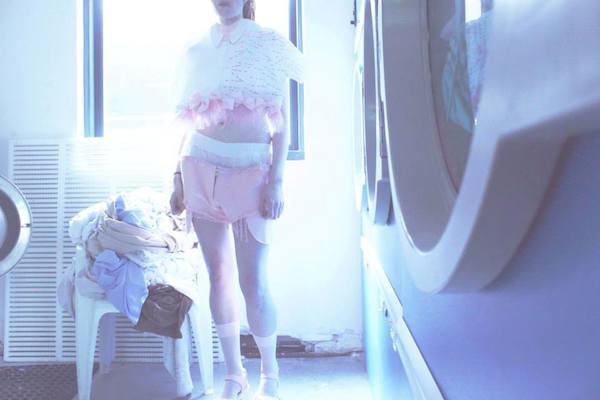 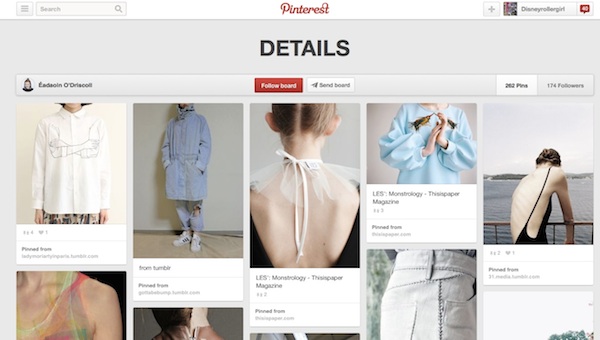 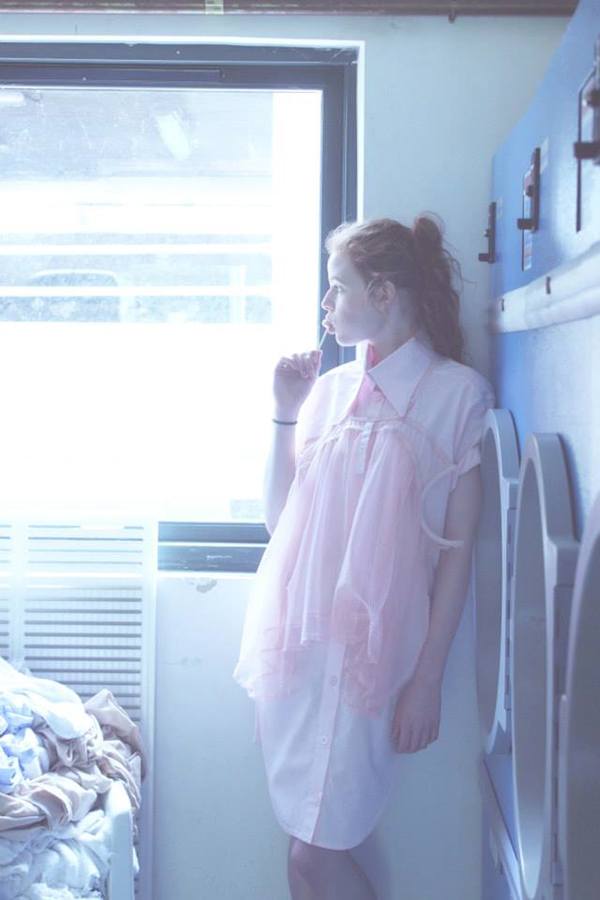 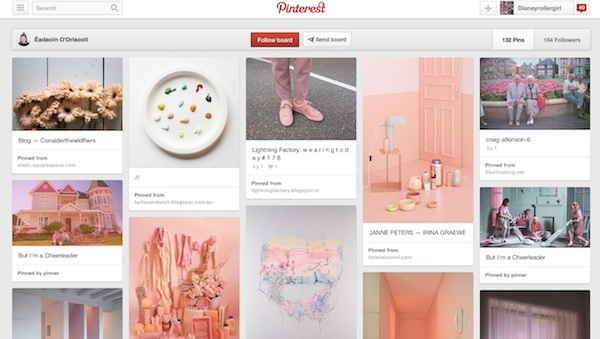 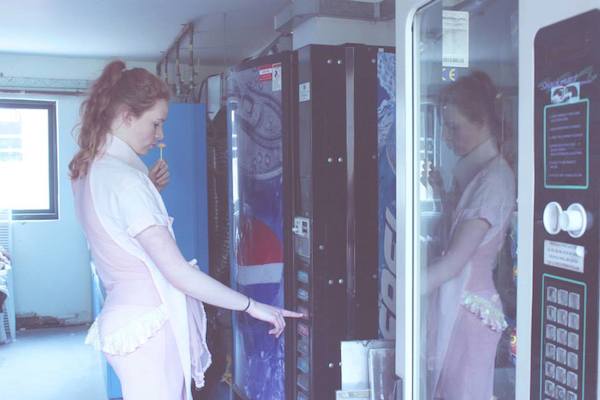 Quote of the day: Bernhard Wilhelm Editorial shoot: Girl with a Dior earring