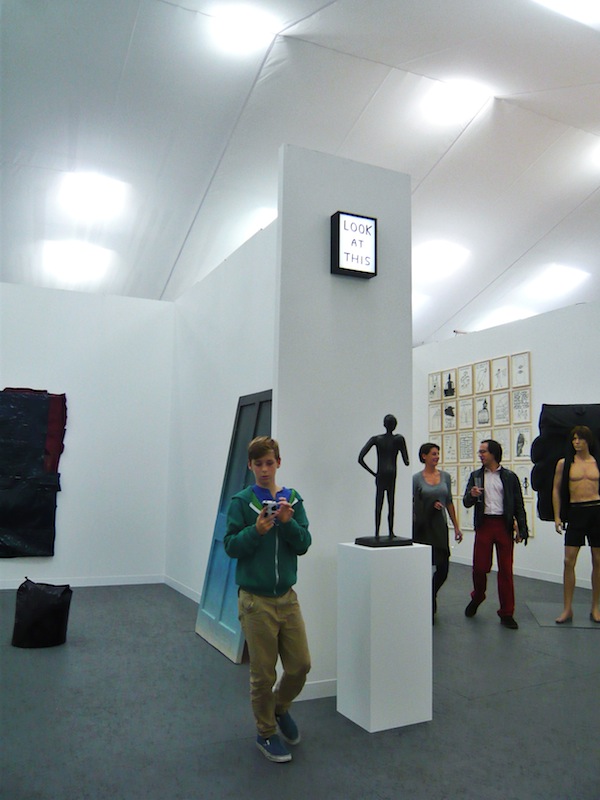 Note to self: next time you visit Frieze, allow a whole day, if not two. My half day allocation wasn’t nearly enough once I had factored in a one-hour talk by photographer Stephen Shore. In its 11th year, Frieze London now encompasses the main contemporary art show in Regent’s Park as well as Frieze Masters nearby, and a sculpture garden (which, by the way, is free to the public). Plus the aforementioned Frieze Talks, a programme of lectures, conversations and panel debates.

This year you were advised to book in advance although I believe some tickets are held back for the door. By the time I collected my press pass at 3pm yesterday, it was sold out. The result was a comfortably busy show abuzz with art collectors, gallerists, families, tourists, art students and art lovers. Apart from a two-year-old ferociously punching a Yayoi Kusama canvas (ouch), all the little ones were well behaved, which is just as well as the work is exposed, nothing behind barriers and only one or two accompanied by security…

The unfortunate Kusama painting seconds before being pummelled by a toddler: 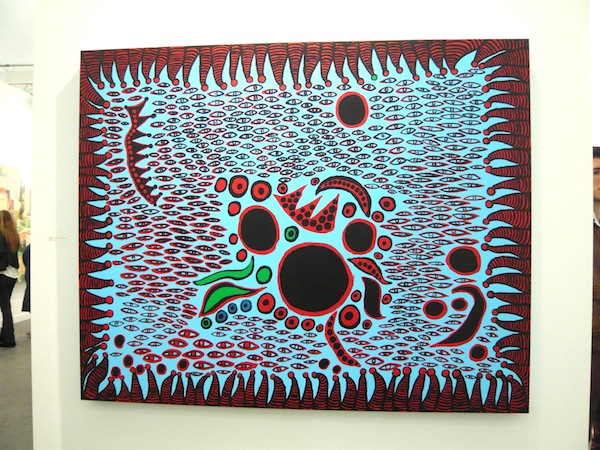 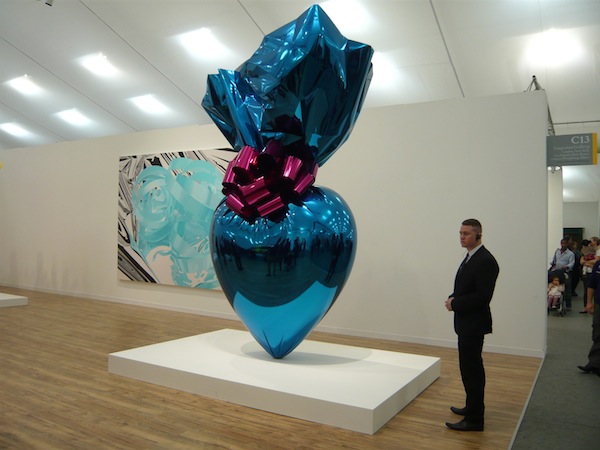 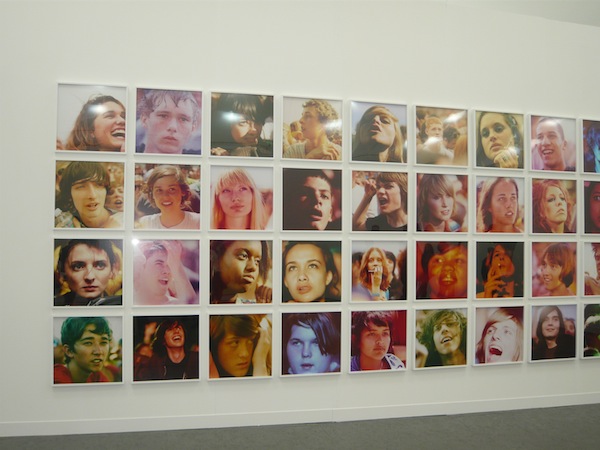 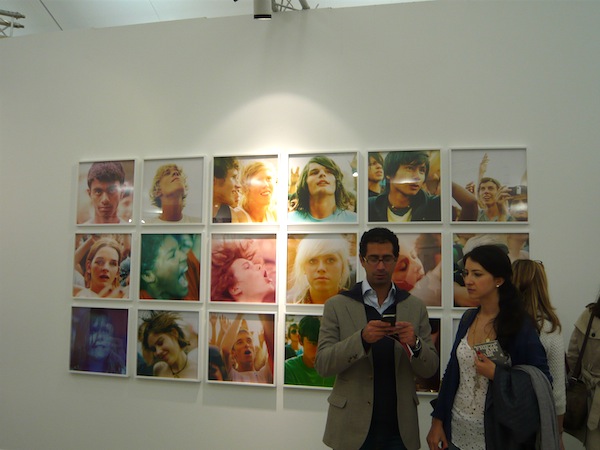 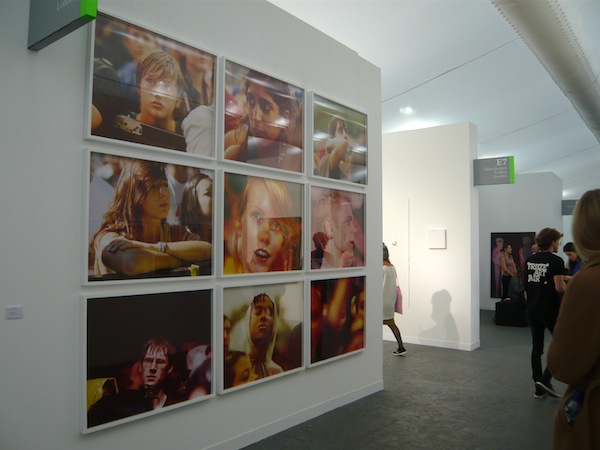 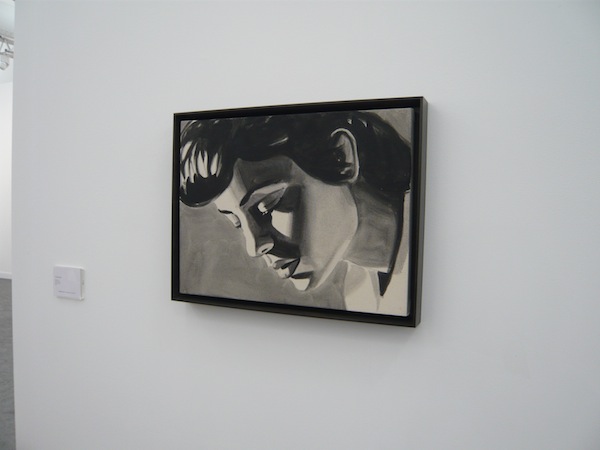 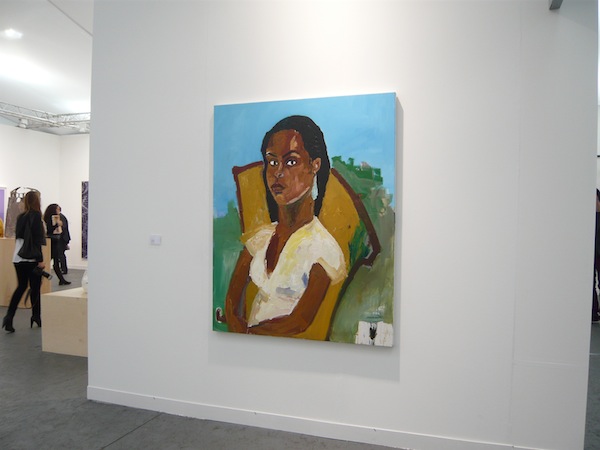 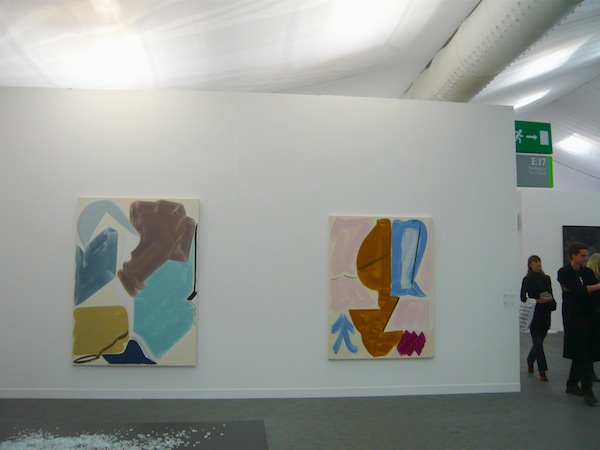 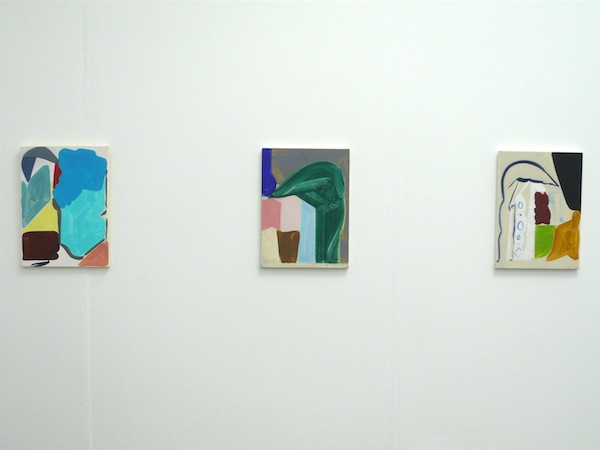 Oscar Murillo’s mixed media ‘574#’ was a big draw, with echoes of Basquiat helping to command around the $150,000 mark according to Bloomberg. In a setting like this it’s no surprise that the bigger artworks enjoy the most attention. It’s easy to miss the smaller pieces, there’s just so much to take in, you’re almost fighting through it all. But it’s certainly a fantastic voyage of discovery and sensory stimulation… Back to Shore. In conversation with David Campany, he discussed his early days watching Warhol “making aesthetic decisions” at the Factory and his influential pre-Instagram series ‘America Surfaces’ – a photo-diary documenting everyone he met, every meal he ate and every bed slept in on a US road trip. Although we’re now used to hearing that ‘the best camera is the one you have with you’, the conversation did reveal how the different cameras used by Shore dictate the message. My favourite observation was from Shore’s early use of Mick-a-Matic snapshot cameras; “It’s impossible to shoot a portrait of someone with a Mick-a-Matic without them smiling!” And now of course I need to get my hands on a Mick-a-Matic… 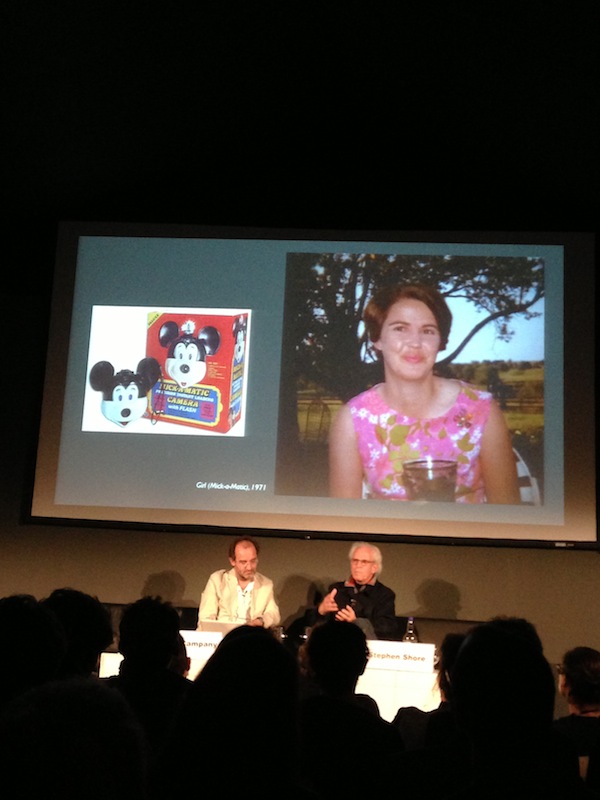