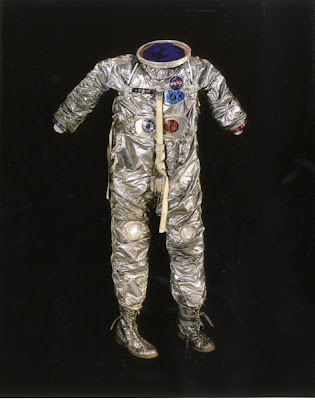 Did anyone else watch Monday night’s spectacular space documentary For All Mankind on BBC4? The 1989 documentary told the story of Apollo 11 and showed some breathtaking footage of the lunar landing. I find myself inexplicably fascinated by imagery of space and astronauts, especially photography. 2009 is (was?) the 40th anniversary of the Apollo moon landings and the occasion was commemorated with the book Spacesuits: The Smithsonian National Air and Space Museum Collection.

The sad thing is that despite their phenomenal technical properties (some were made to withstand heat of 275 degrees farenheit), the suits are surprisingly fragile. They were made for a short life span in extreme conditions and now lie draped in muslin to preserve what’s left of them. 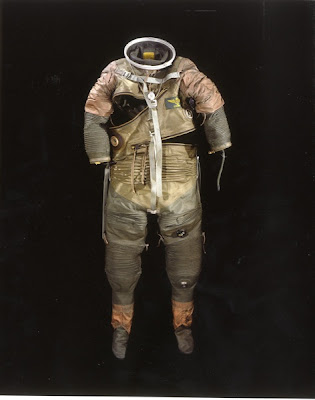 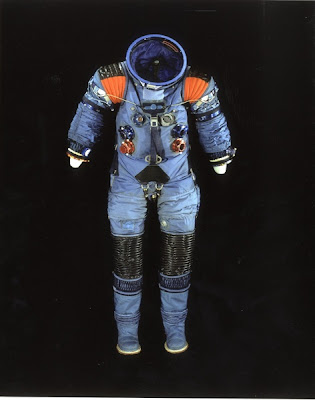 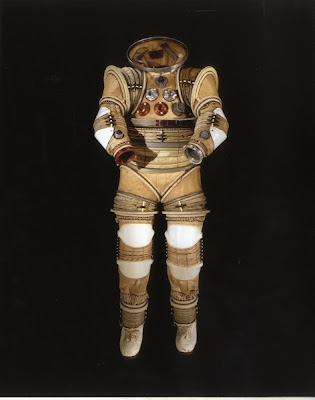 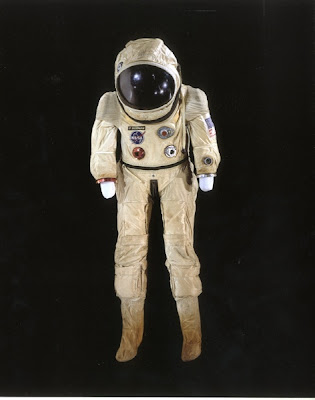 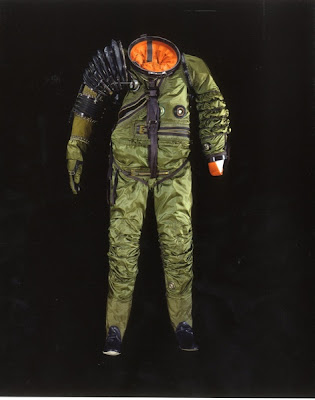 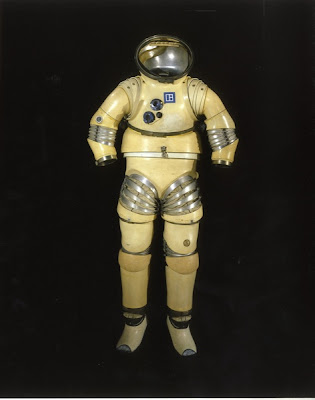 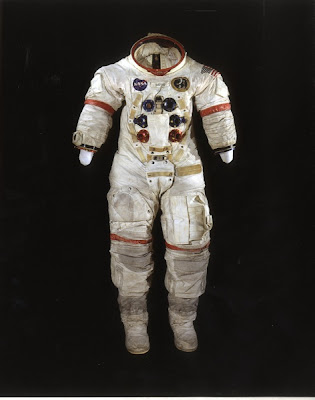