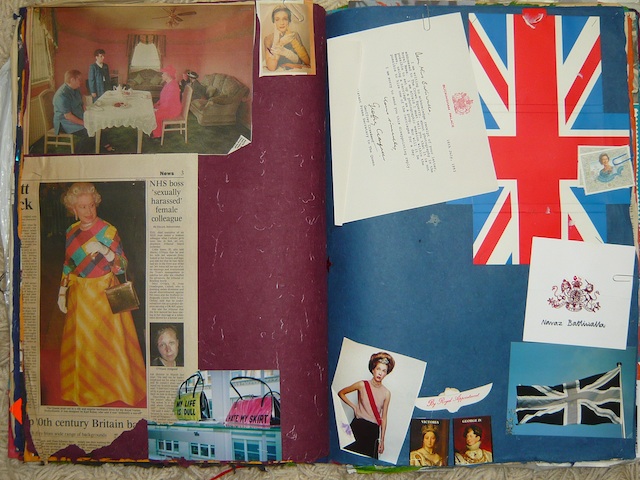 2012 is surely the year of the royal exhibition. Here’s a wee ready reckoner…

Feb 8 – April 22: Queen Elizabeth II by Cecil Beaton – V&A
Spomsored by Garrard, this exhibition shows many of Cecil Beaton’s formal and informal portraits of the Queen, but even better, we also get to see some of his diaries, letters and other accompanying materials that help add context to the images. Beaton bequeathed his archive of royal portraits to his secretary Eileen Hose who in 1987 bequeathed the archive to the V&A. The V&A has a late night programme on Fridays and my tip is to save your visit til then to avoid hoards of tourists and kids.

May 19 2012 – Jan 6 2013: Ballgowns: British Glamour Since 1950 – V&A
A display of royal ballgowns, including a Norman Hartnell gown designed for Elizabeth the Queen Mother, Princess Diana’s ‘Elvis Dress’ designed by Catherine Walker and gowns worn by today’s young royals. (There will also be non-royal gowns by McQueen, Zandra Rhodes, Hussein Chalayan and Giles Deacon)

Feb 1 – June 10: Diana, A Celebration – The Mall of America, Bloomington, Minnesota
The Mall of America in Bloomington, Minnesota hosts a large exhibition, celebrating Princess Diana (‘A Wife, A Mother, A Princess, A Legend’) with items on loan from Althorp Estate, the Spencer family’s ancestral home. Princess Diana’s wedding dress, 28 of her other dresses, along with family heirlooms, personal mementos and rare home movies will be on view.

May 17 – October 21: The Queen: Art and Image – National Portrait Gallery
This touring exhibtion will bring together sixty of the most striking images of the Queen by artists and photographers including Cecil Beaton, Lord Lichfield, Andy Warhol, Lucian Freud and Gerhard Richter. After London it travels to Edinburgh, Northern Ireland and Cardiff.

Curated fashion and grooming for men: the next big thing? Menswear AW12 shows get in on the Twitpic action