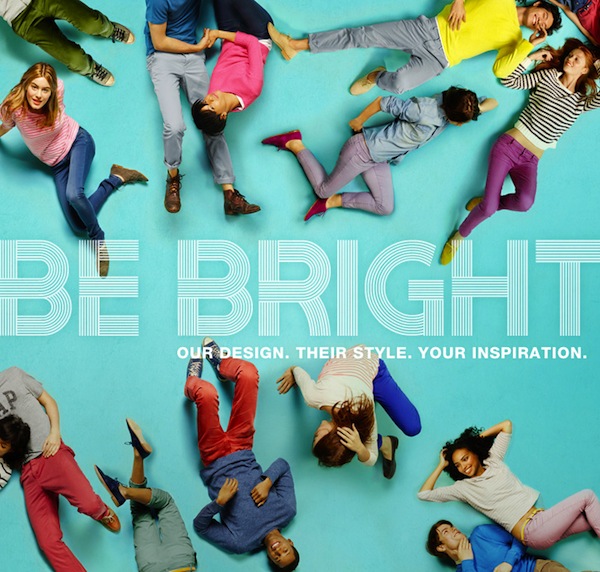 Some may say that Gap is widely missing the mark with its Styld-by site but I think it’s rather inspired. Enlisting the individual style of its media partners Lookbook.nu, Refinery29, Rue, Who What Wear and MOG, it features outfits styled on non-models using Gap mixed with their own clothes. For a mainstream retailer  like Gap, this is a wise acknowledgment that while shoppers are now pretty clued up about what to buy, they still appreciate help in how to wear it. I always think it shows confidence for a brand to showcase its clothes alongside other items; after all, no-one wears one brand head to toe. It’s also nice to see a genuinely new idea executed, rather than jumping on an existing Tumblr-slash-Pinterest bandwagon (OK, they have Pinterest too)… 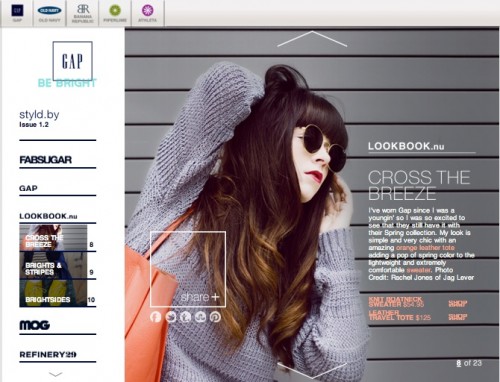 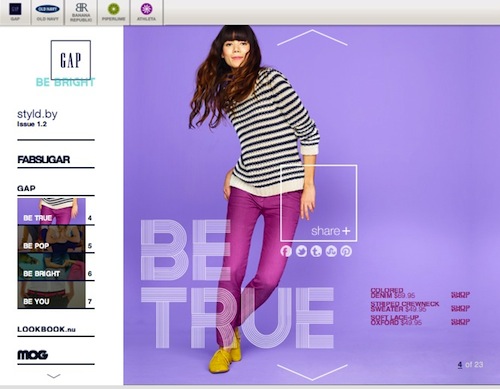 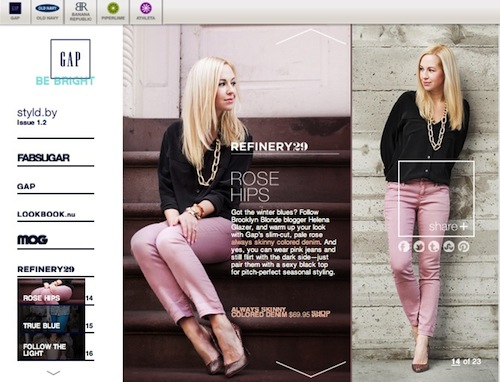 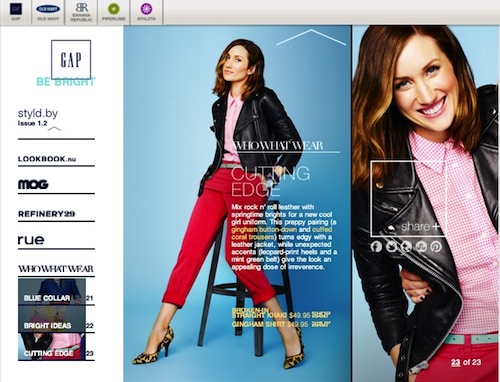 Also notable is Topshop Spotted, a page of key Topshop items recently featured in the press or on bloggers. At the moment we’re only seeing the product but hopefully links to the original coverage will also be added. 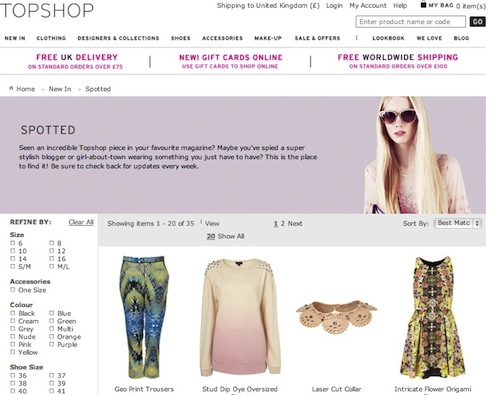 Affordable luxury: Raoul and Club Monaco Buy it now: new in this week