On the rise: celebrity lifestyle blogs 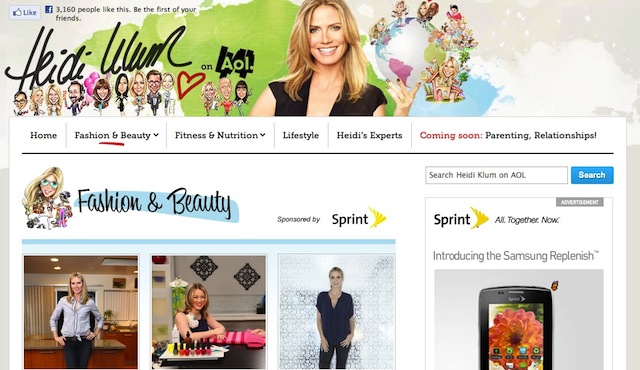 After reading this Lucian Freud article last week I re-read an amazingly educational interview with David Hockney in a 2009 issue of Paradis. One of Hockney’s most astute observations was that of the diminishing power of tradional mass media.

“I can see that we are moving into a new period. The old world of the mass media is dying. Newspaper circulation is going down, television audiences are moving to the internet. And one of the effects of this might be to make everything local again. If you think about Andy Warhol’s famous remark, in the future everyone might be famous for 15 minutes. Well, there might be a much darker future where no-one is famous, think about that. Because how do you get famous on Youtube? How? Each YouTube gets a small audience because there isn’t a mass audience, how can it happen?”

Eek, no more fame? How will we cope? His comments came to mind when I read this article in the FT about the rise of the celebrity lifestyle site. It would seem celebrities are already fighting against Hockney’s theory. Hot on the heels of Oprah and Martha Stewart, we have hoards of celebs (Tyra,  Gwyneth,  Jay Z, Heidi Klum, Olivia Palermo for starters) launching ‘blogs’ dedicated to fashion, food, beauty … and whatever else they want to hawk to their fans. As former News of The World editor Phil Hall told the FT: “People have less and less time. They want to cut through the information overload and align themselves with a personality who thinks like them and can make recommendations. We might laugh at well-known people moving into [decorating, cooking and shopping tips] but for people who are dedicated to a celebrity it can provide a shop window to the world they want to tap in to.” Hall suggests the recent News of The World controversy will increase the migration of traditional media consumers to these blogs as they lose confidence in old school journalism.

For celebrities, the launch of a blog helps them to not only extend their ‘brand’ to more potential fans but also brings them revenue directly from advertising or other commercial tie-ups on the site. Celebs have already proved that they can succeed in fashion by ‘designing’ clothing and beauty collections, now they’re realising that they can extend that further and front online magazines too. Paging Victoria Beckham – I may have a proposal for you…

Look book: Sandro AW11 The man totes that get my vote